BBQ Ranch Cornbread Salad is a layered salad that’s perfect for potlucks and picnics since it can be prepared ahead of time. It’s visually stunning if assembled in a glass bowl and can serve a hungry crowd. This recipe is a little bit of a southwestern twist on the traditional southern cornbread salad. 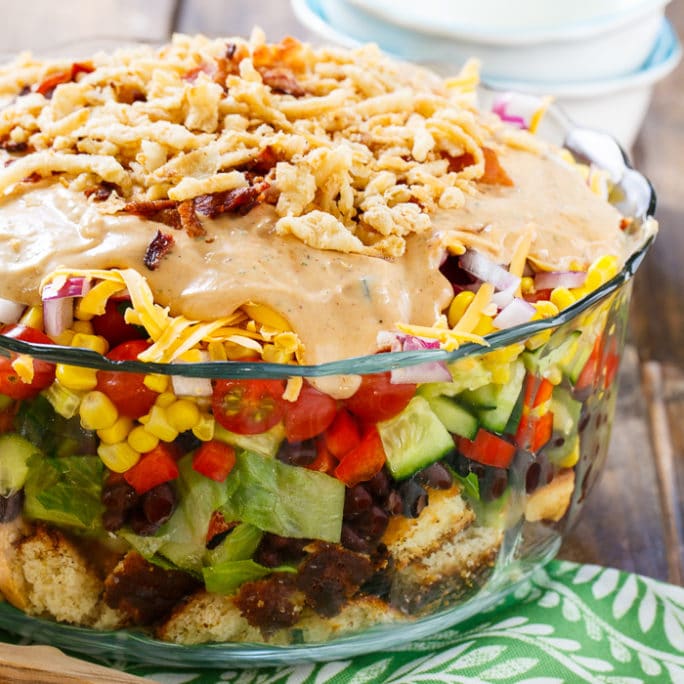 On the bottom is a layer of cubed cornbread. I use a Martha White mix for the cornbread. All you have to do is stir milk into it and pop it in the oven. 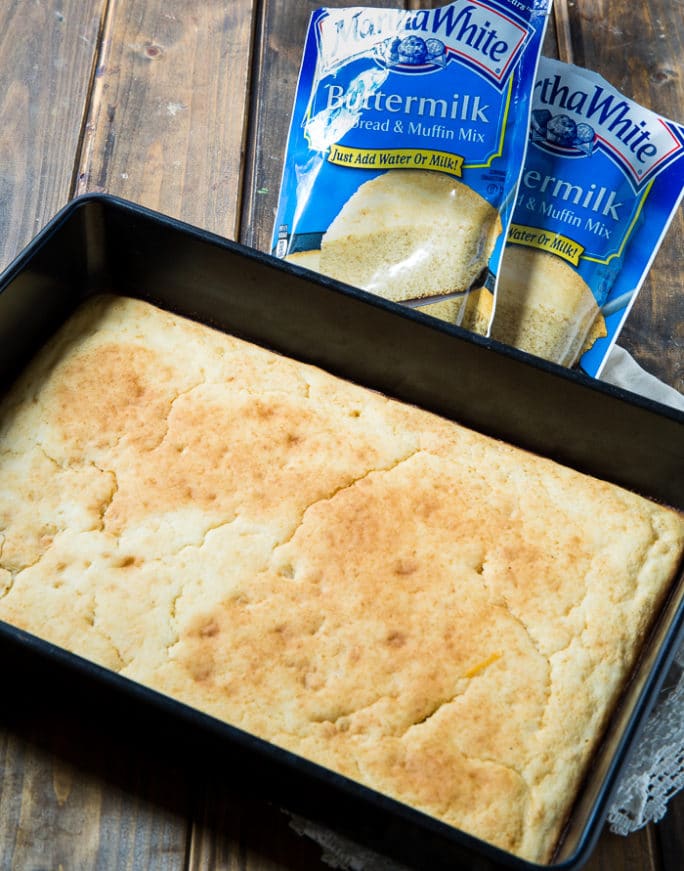 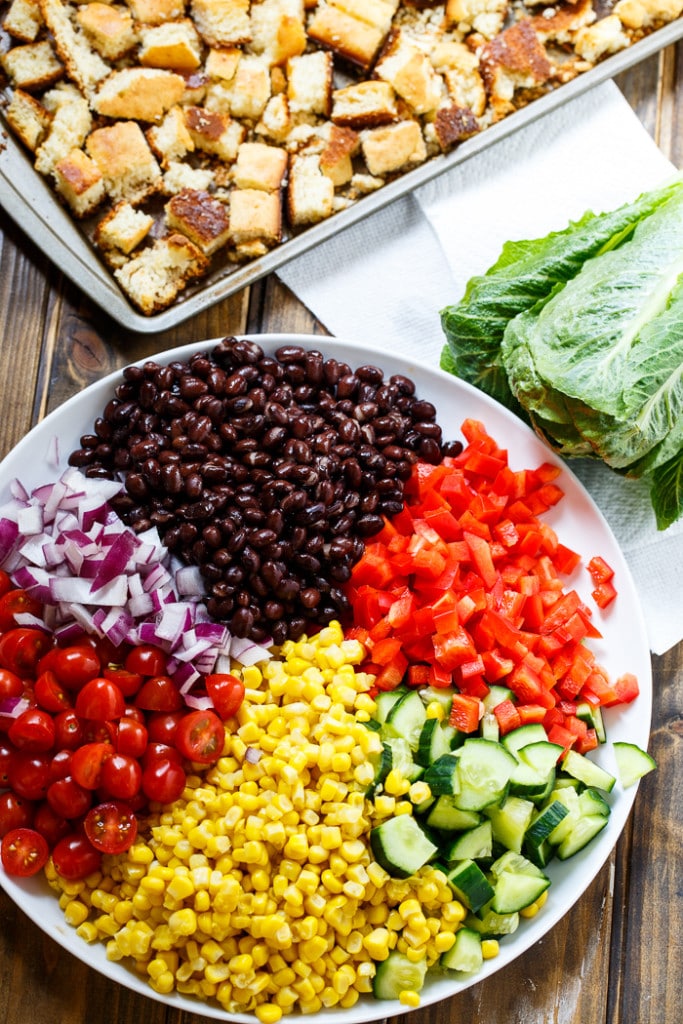 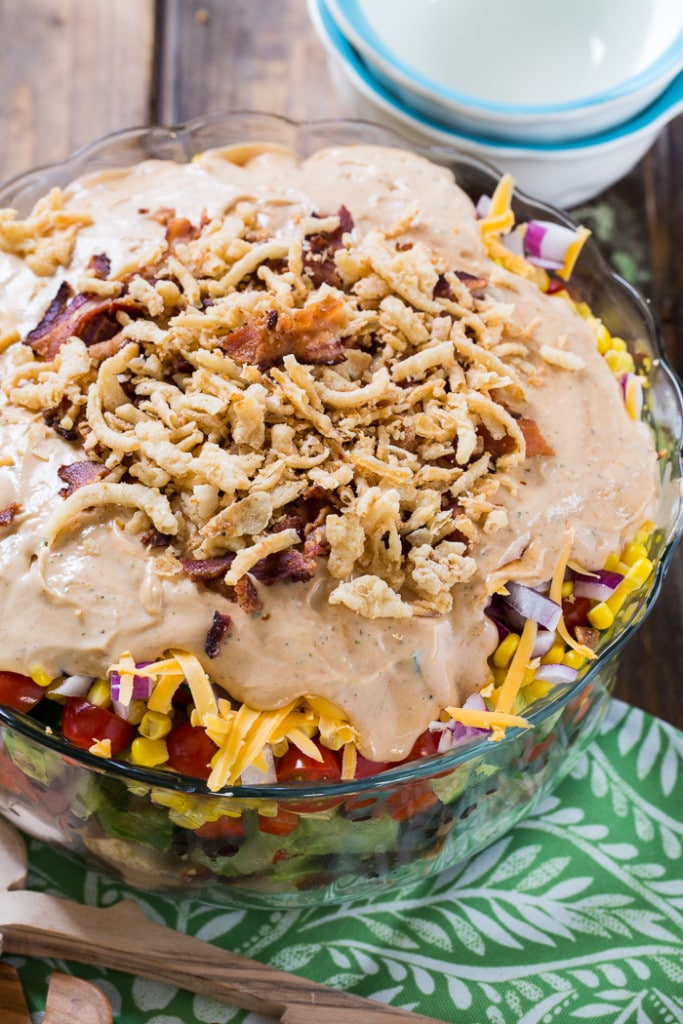 All of those vegetables are topped off with shredded cheddar cheese, an easy homemade ranch dressing with BBQ sauce mixed in, plus crumbled bacon and french-fried onions on top.

There is so much to love about this salad! 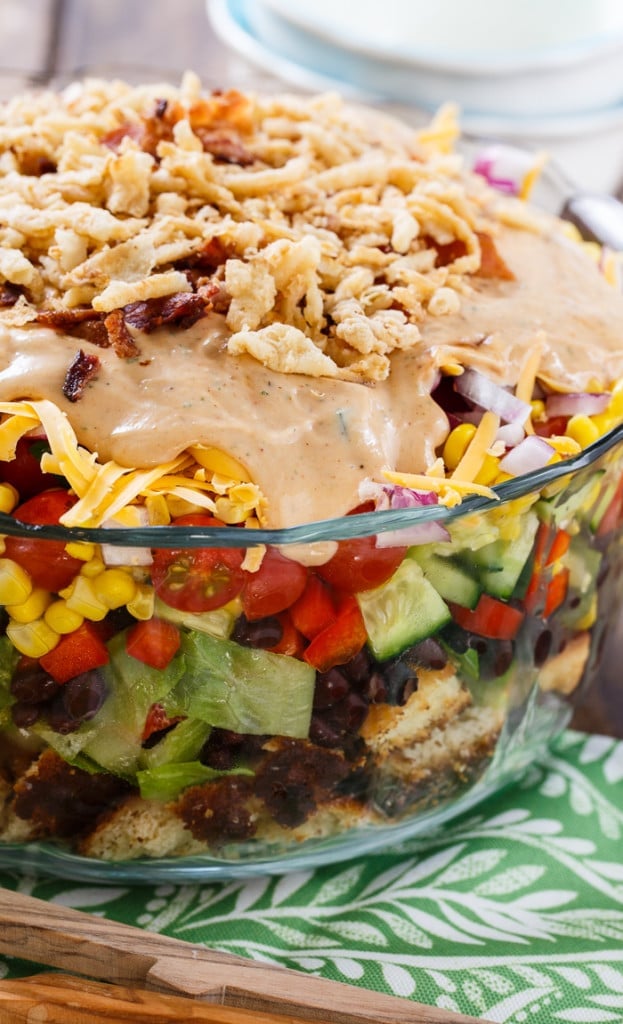 Typically a cornbread salad has a plain ranch dressing but the BBQ sauce adds a little sweetness and smokiness. I love it!

This is one heck of a filling salad. You could even add a layer of chopped chicken and make it a meal by itself. 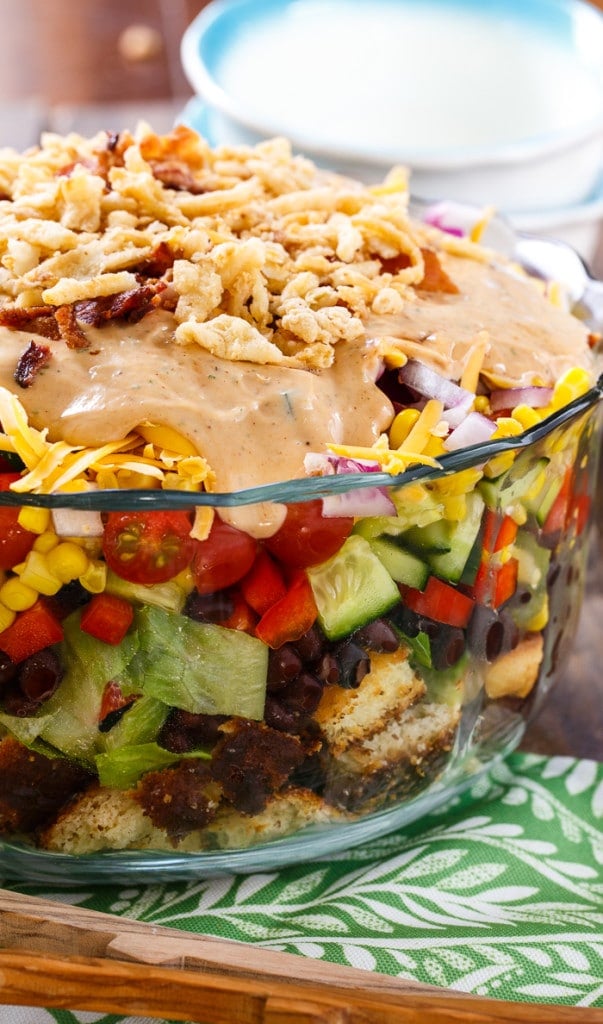 Try These Other Salad Recipes: 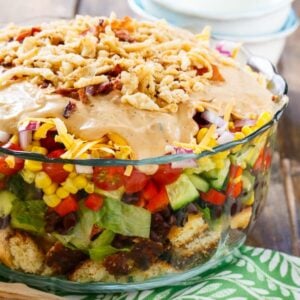 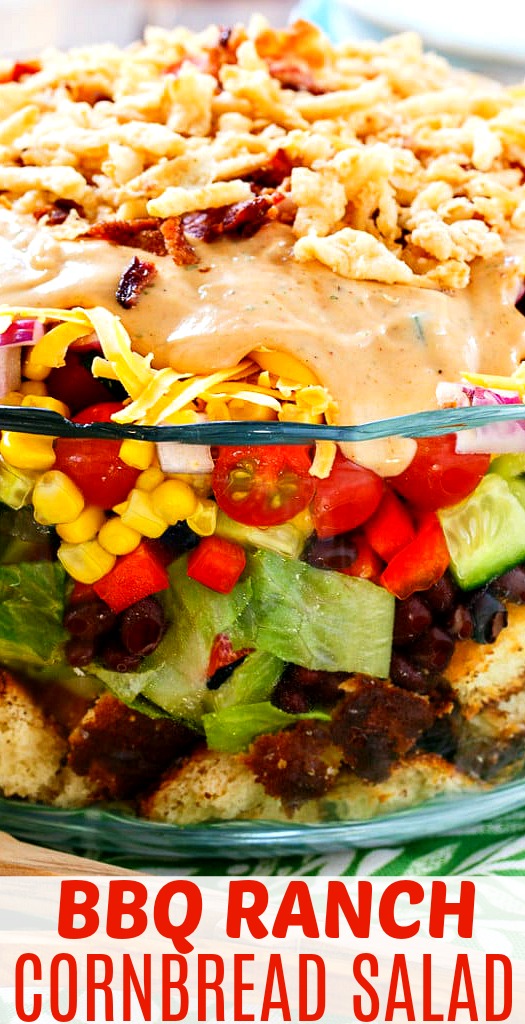 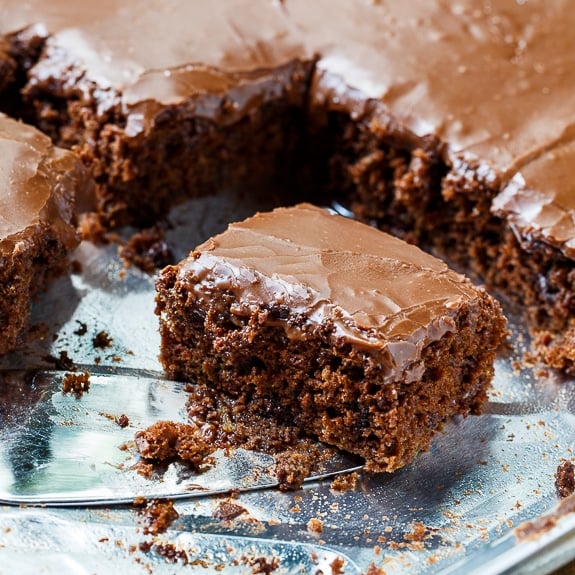