Oreo Delight is a rich and creamy no-bake dessert with an oreo crust, a cream cheese layer, a pudding layer, topped with whipped topping and crushed oreo cookies. It’s a cool and refreshing dessert for a summer potluck. 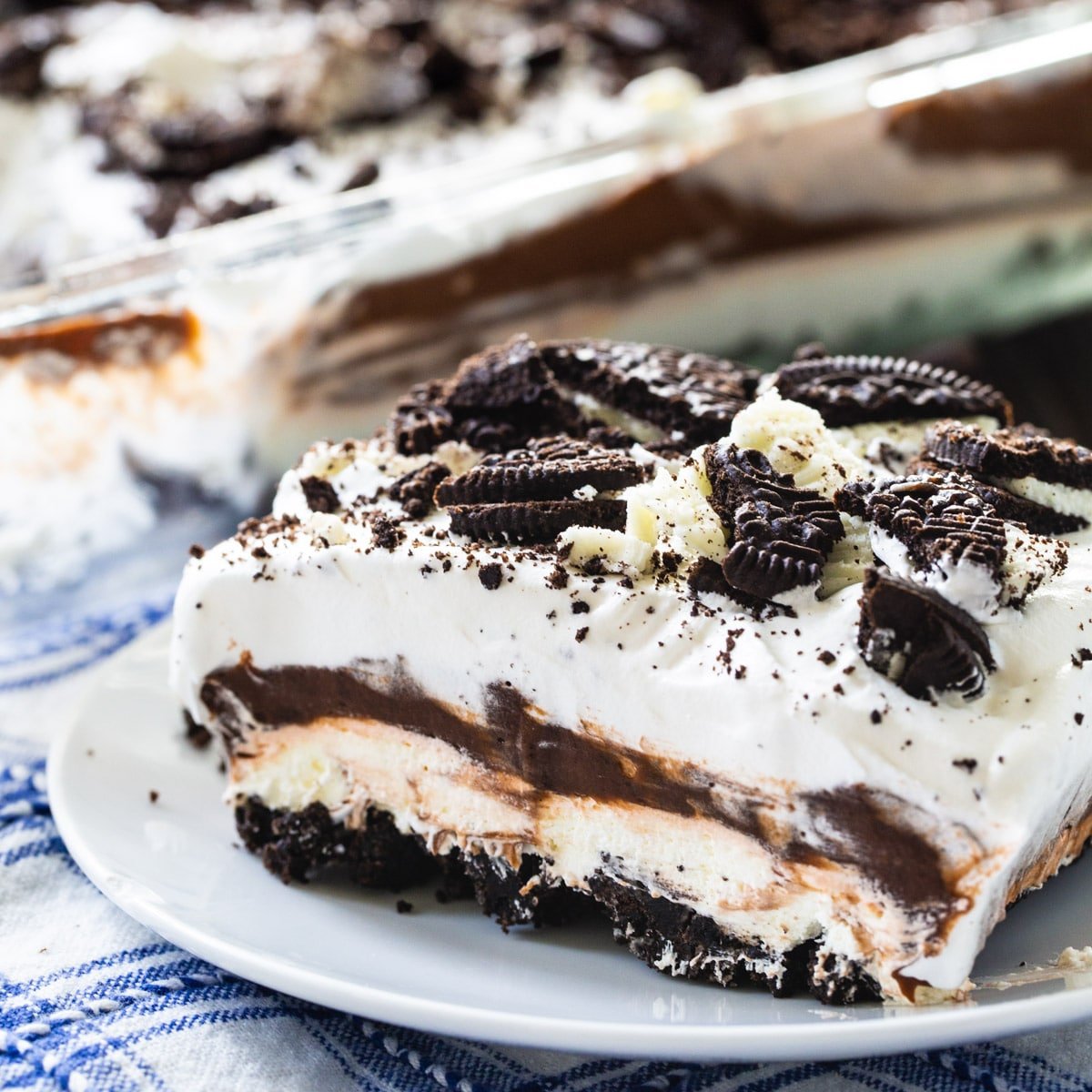 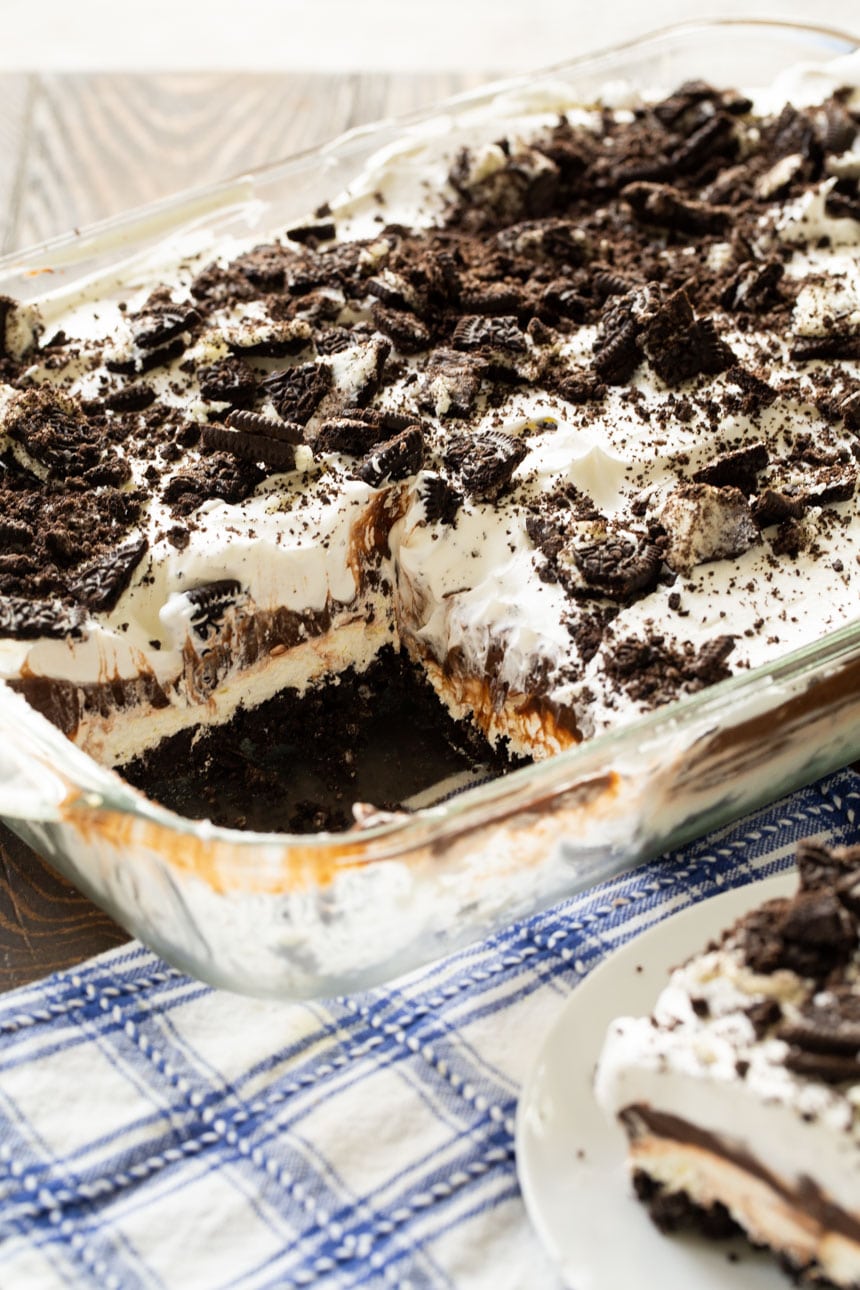 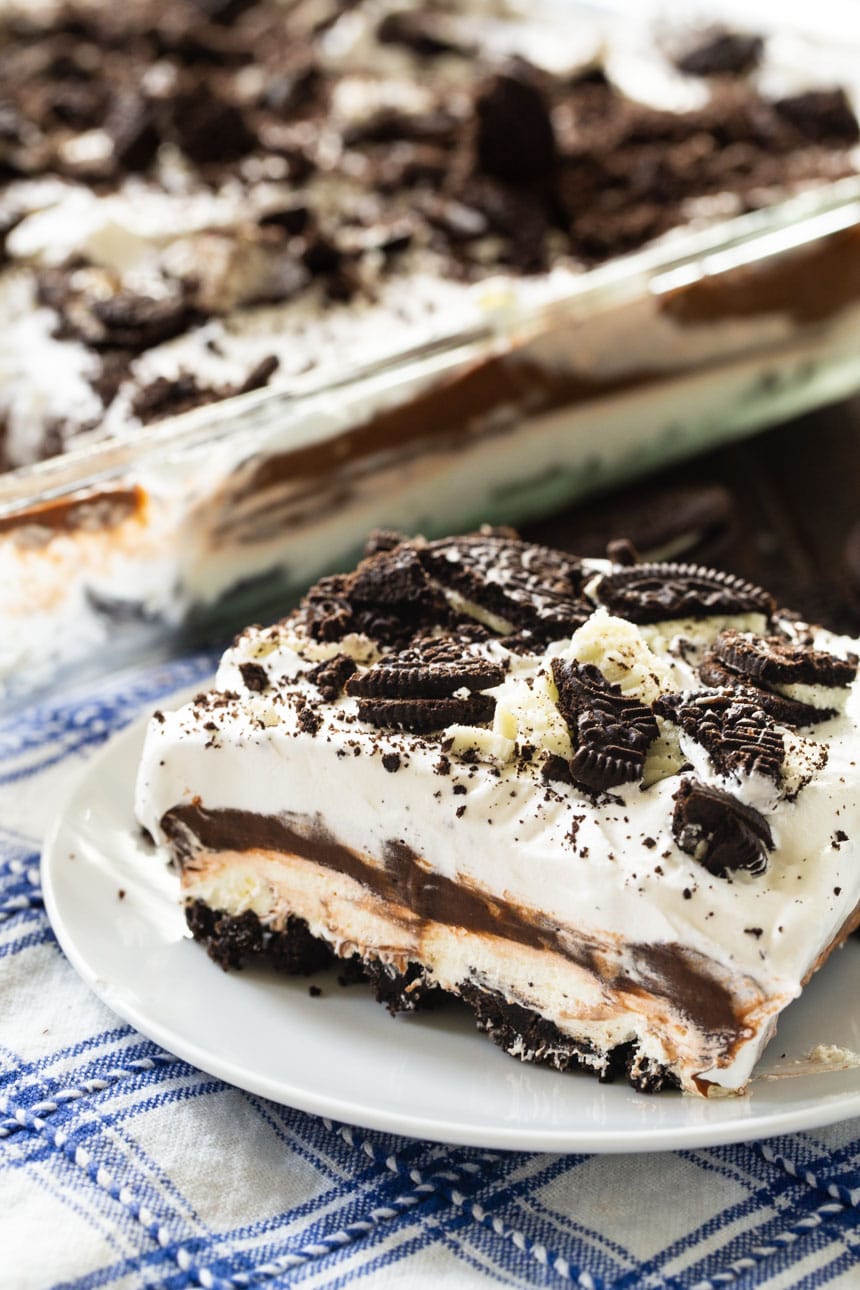 Try These Other No-Bake Desserts: 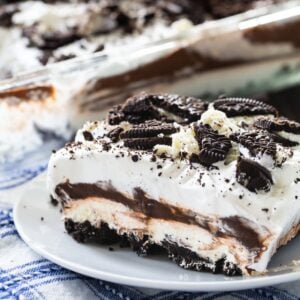 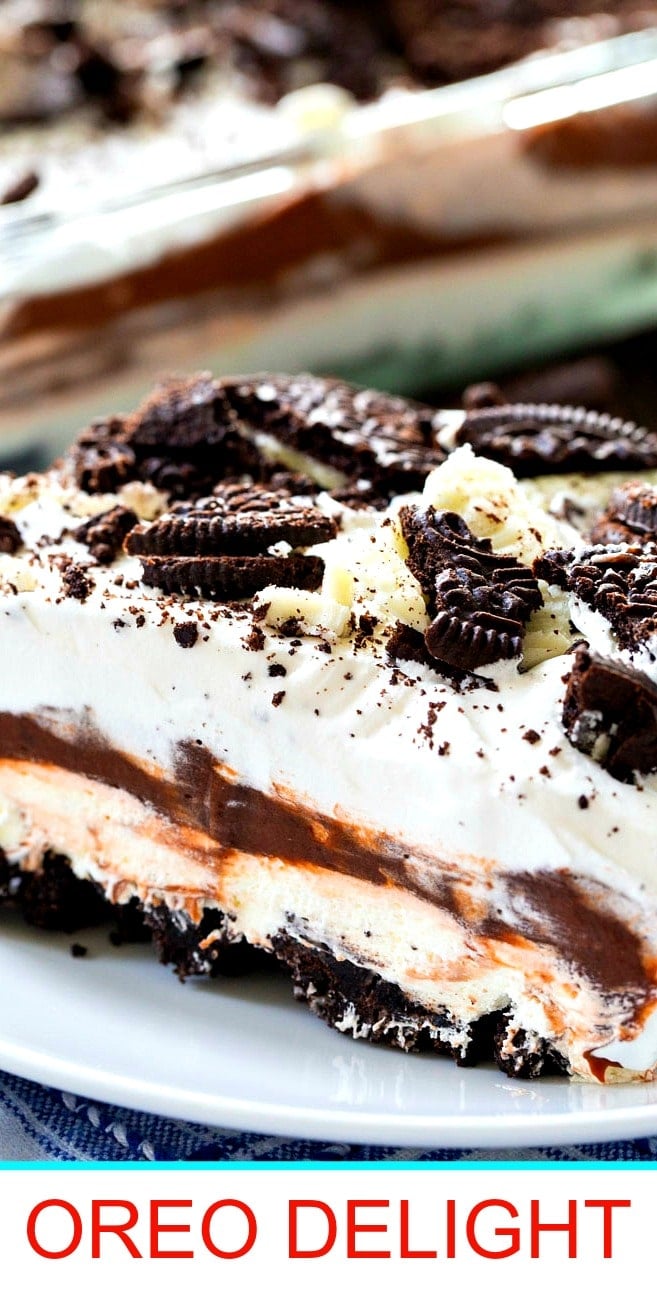