A hands off crockpot recipe for thick and buttery mashed potatoes that will free your hands up to make other things. Sounds too good to be true doesn’t it? Well it isn’t. 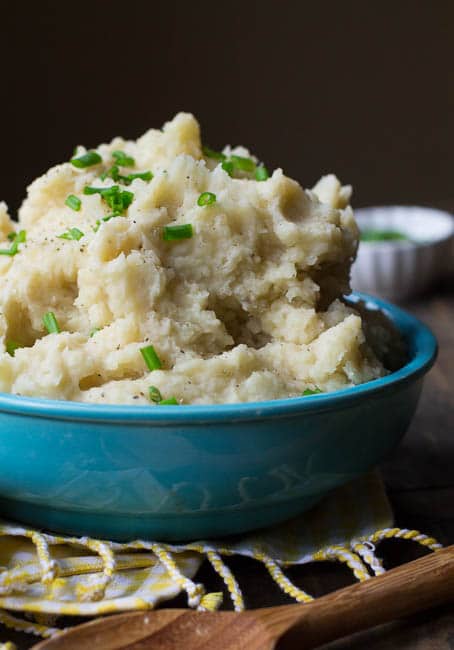 Since I’ve fallen in love with my crockpot, I’ve discovered there are a vast array of foods that can be made in a slow cooker beyond the standard pulled pork: lasagna, mac and cheese, peach cobbler, green bean casserole, and beer brats are a few of my favorites. 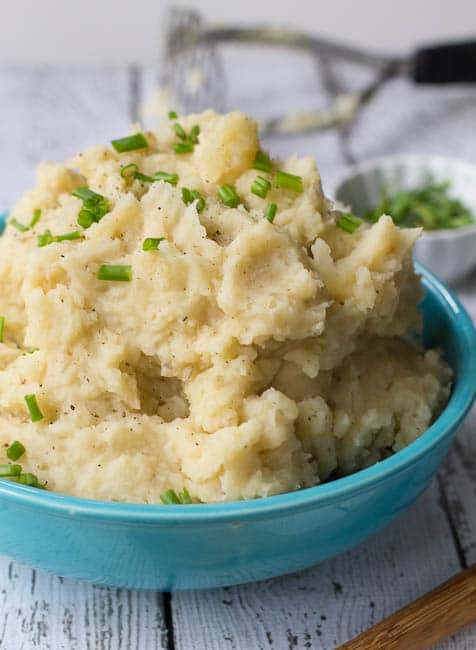 This Crockpot Mashed Potatoes recipe is super easy and convenient. You don’t even have to drain the potatoes after they cook. You mash them right in the cooking liquid. I was skeptical before I tried the recipe. Wouldn’t they taste watery?

But they didn’t. Add in a stick of butter and some sour cream and you have creamy, rich, thick mashed potatoes.

The most time-consuming part of this recipe is peeling and slicing the potatoes into 1/4-inch rounds. Oh how I hate peeling potatoes! It doesn’t help that I always have to search every drawer in the kitchen 3 times before I find my vegetable peeler. 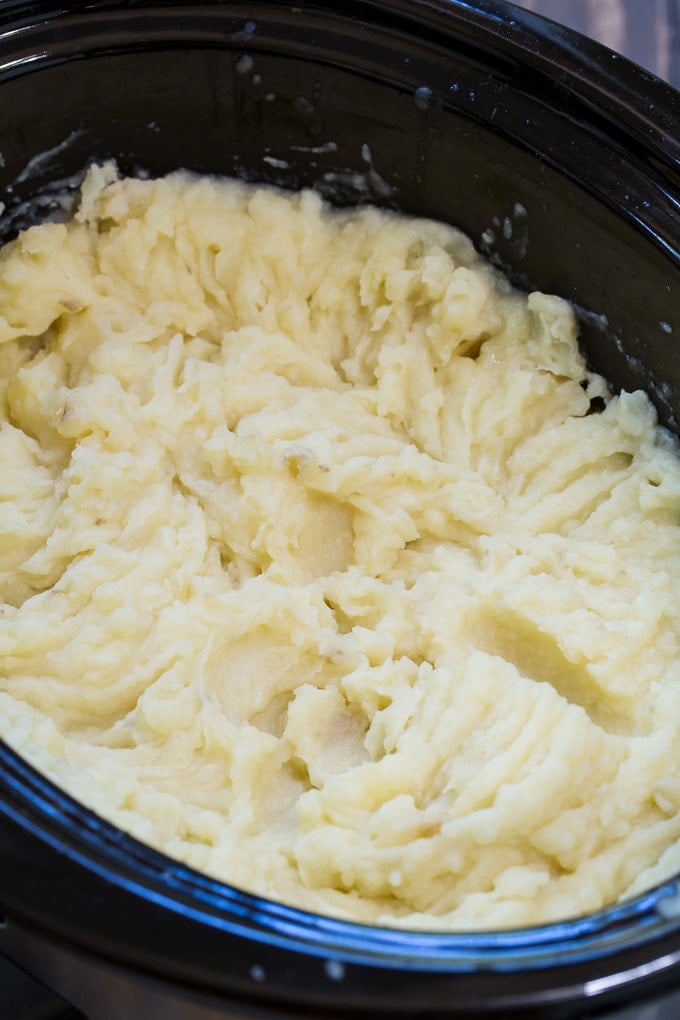 Brushing the tops of the potatoes with plenty of melted butter and placing a piece of parchment paper directly on them helps prevent the slices on top from discoloring. They will still discolor some, but not much and you won’t notice at all once you mash them. 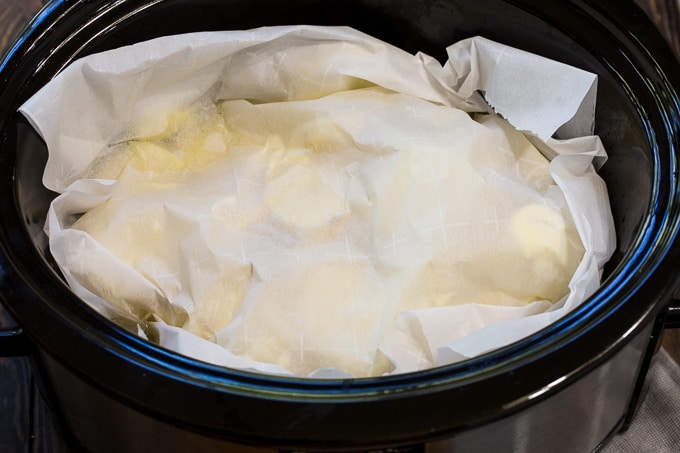 After 4 hours in the crockpot, the potatoes will be perfectly tender. Mash them right in the pot and add in butter, sour cream, chives, and seasonings. 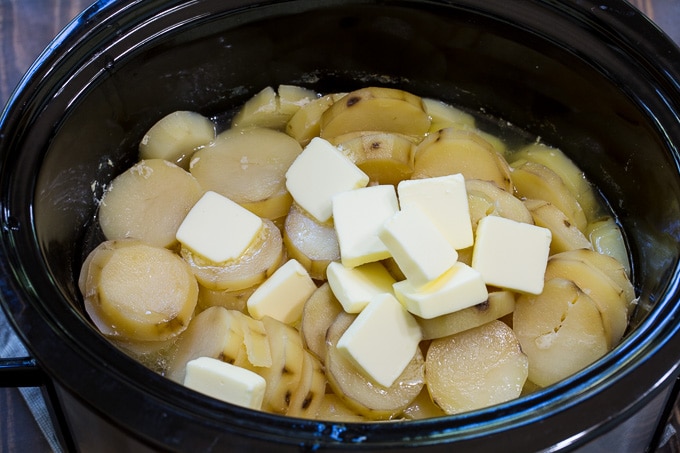 Once you’ve mashed the potatoes, you can leave them in the crockpot with the setting on warm for an hour or two until you are ready to serve them. That might be my favorite thing of all about the crockpot, because there’s no telling  when my teenage kids are going to be ready to eat. 😉 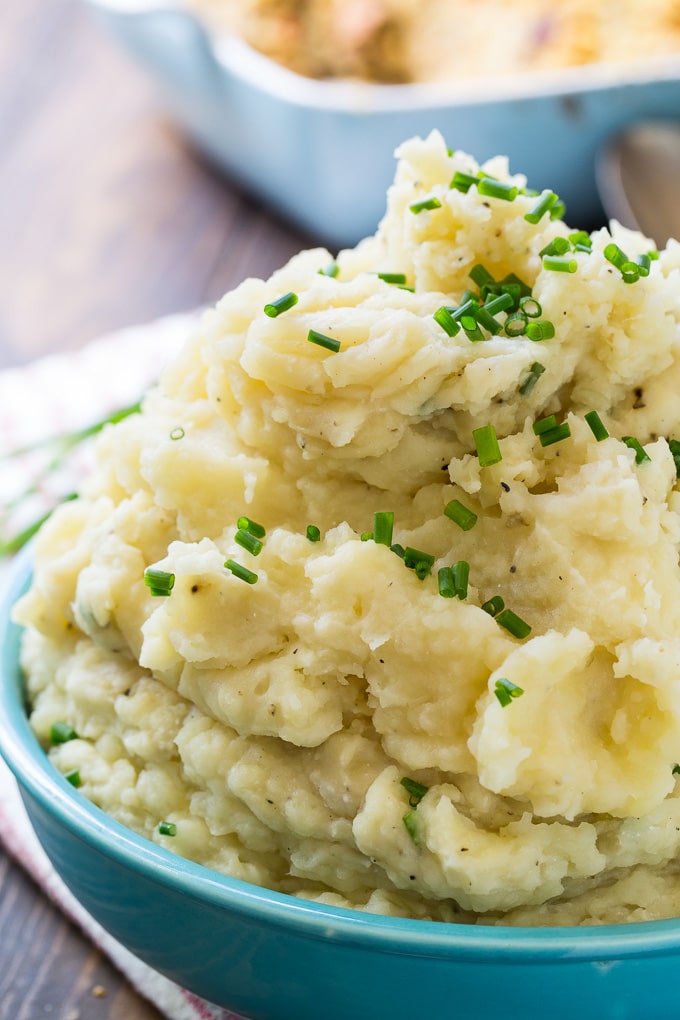 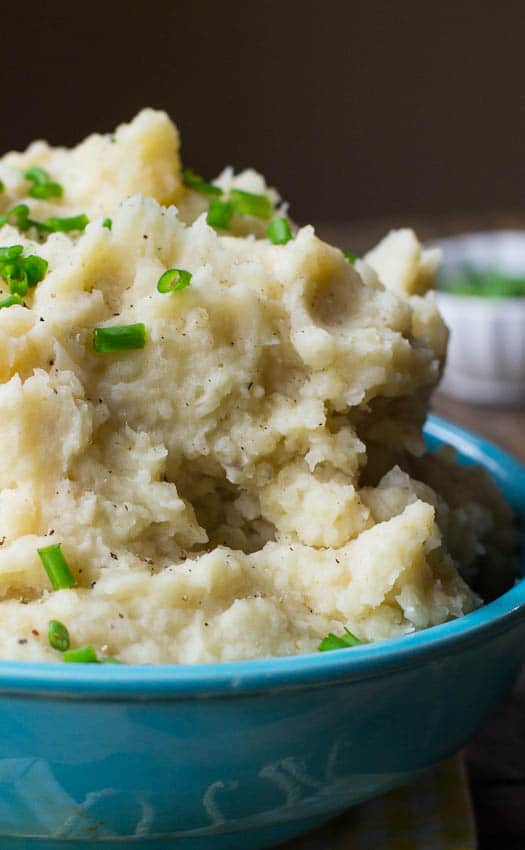