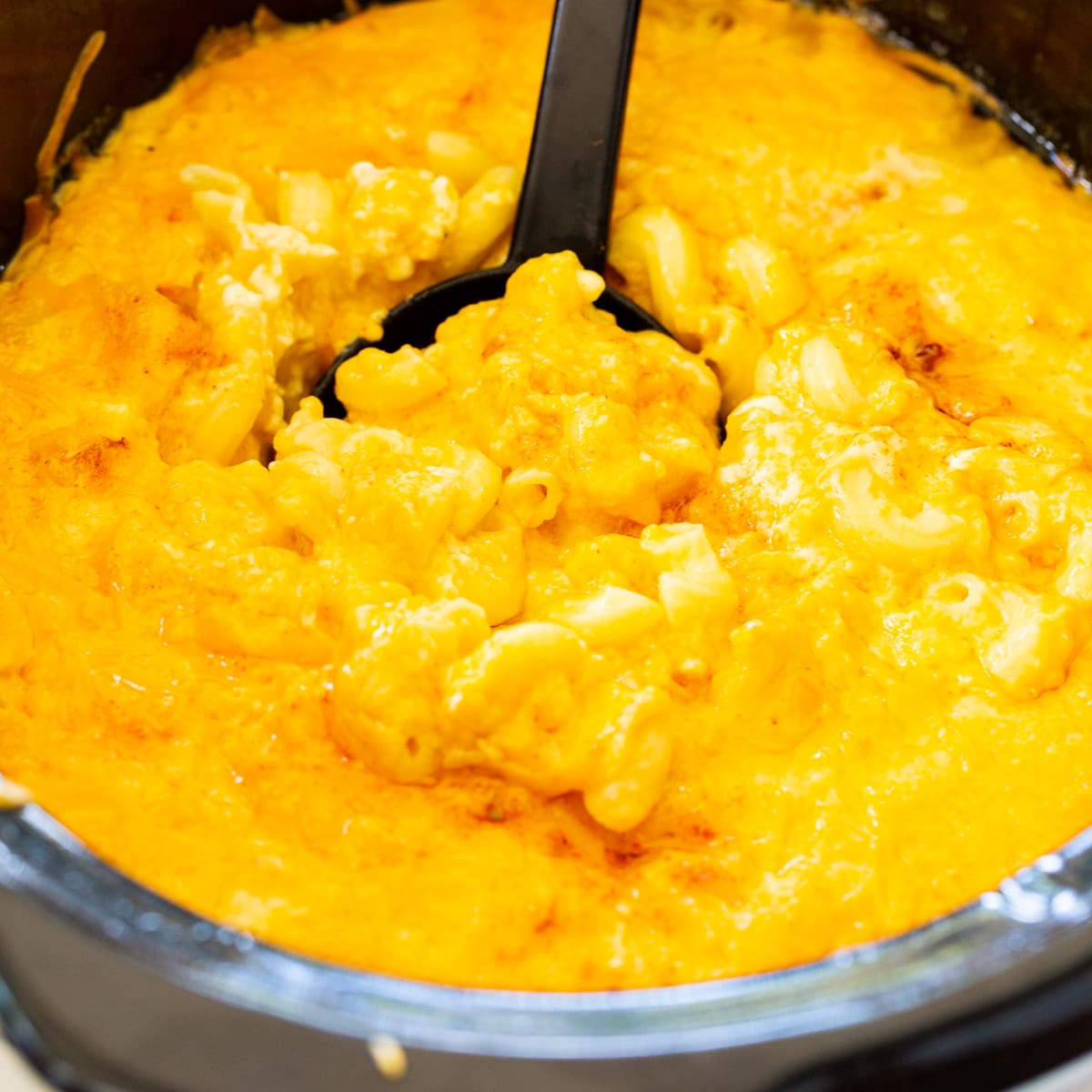 I’ve tried many different Macaroni and Cheese recipes and this one by Trisha Yearwood is definitely the cheesiest. It’s almost all butter and cheese. You’ll have to plan to run a marathon shortly after you eat it. A couple of eggs give it a little bit of a custard-like texture.

What I love about this mac and cheese besides the fact that it is gooey, cheesy heaven, is that it is cooked in a crockpot. You’re supposed to use cooked pasta, but I was worried it would get too mushy and I only cooked it for half of the recommended time on the box. When I was reading reviews online, I found that a number of people  used uncooked pasta and found that it turned out well. So I may try that next time because it definitely would shorten and simplify the cooking time. 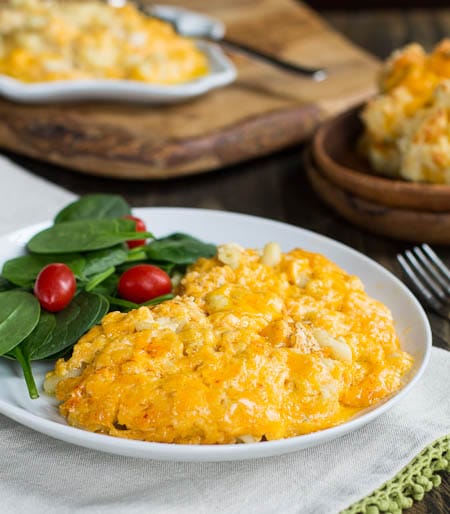 I’ve never been a country music fan, but I am completely enamored by Trisha Yearwood’s show on The Food Network. Too many celebrity chefs on the Food Network just seem so over the top (and annoying). I want a cooking show to be about the food, not the host. Plus I have a short attention span. I’d much rather take 30 seconds to read a recipe in a cookbook than watch someone take 10 minutes to tell me how to make it. And try to insert cutsey chit-chat wherever possible. 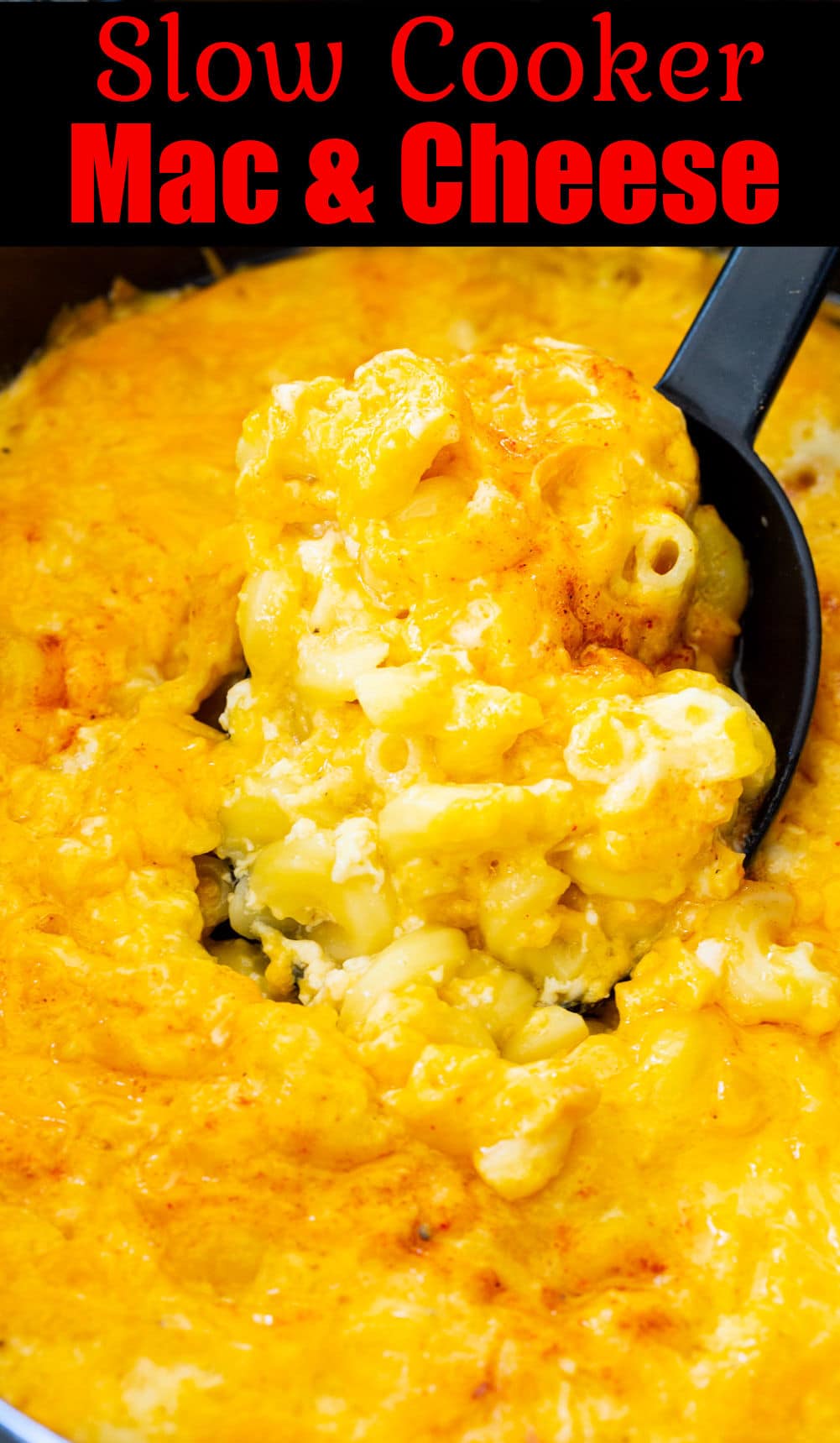 But Trisha Yearwood is a natural in front of the camera. She’s just her down to earth self. Her relaxed nature makes hosting a cooking show look easy which is not something many people can accomplish, even those who do it for a living. She reminds me a lot of Ina Garten.

Who do you most like to watch on the Food Network?

You can find this recipe for Slow Cooker Mac and Cheese in Home Cooking with Trisha Yearwood: Stories and Recipes to Share with Family and Friends

This recipe can also be cooked in a 9 X 13-inch pan coated with butter and placed in a 350 degree oven for 50 minutes. Many people have had success placing uncooked macaroni in the slow cooker instead of cooked. Do NOT use extra-sharp cheddar cheese. It tends to curdle in a crock pot.

Try these other Mac and Cheese Recipes

Baked Mac and Cheese– this is a custard-style mac and cheese that is baked in the oven and holds it form when sliced into squares.