Slow Cooker Bacon Mac and Cheese- Creamy, cheesy macaroni made in the slow cooker with bits of salty, smoky bacon flavor. It’s the ultimate comfort food and so easy to make. No need to cook the pasta first. How awesome is that? I had never made mac and cheese in a slow cooker before I tried Trisha Yearwood’s Slow Cooker Mac and Cheese. I liked it so much I’ve been playing around with other crockpot mac and cheese recipes. 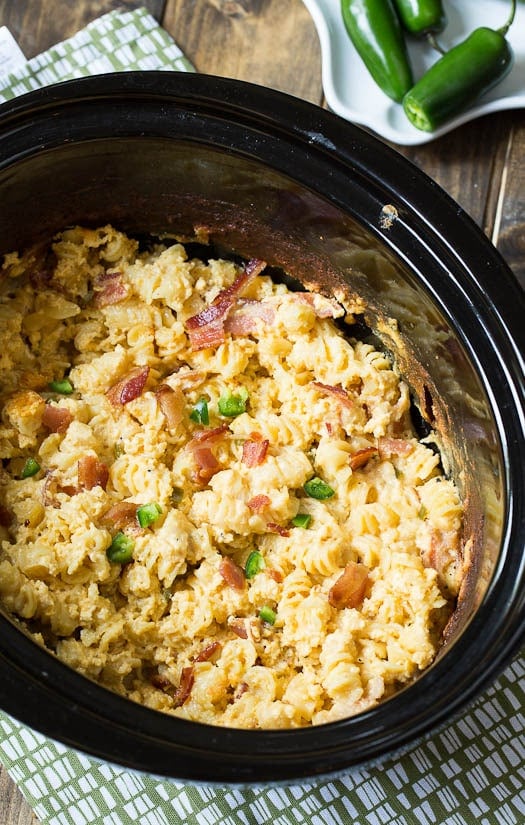 And the only way mac and cheese gets better is with bacon right? This Slow Cooker Bacon Mac and Cheese has so much smoky, bacon flavor.

I actually added jalapeno too to jazz it up even more but the jalapeno is totally optional. I find it’s best to cook the bacon first. Otherwise it will have an unappealing texture and color. It does lose its crispiness if you put it in the crockpot to cook with the macaroni, but it really helps get that bacon flavor we all love so much into the mac and cheese. 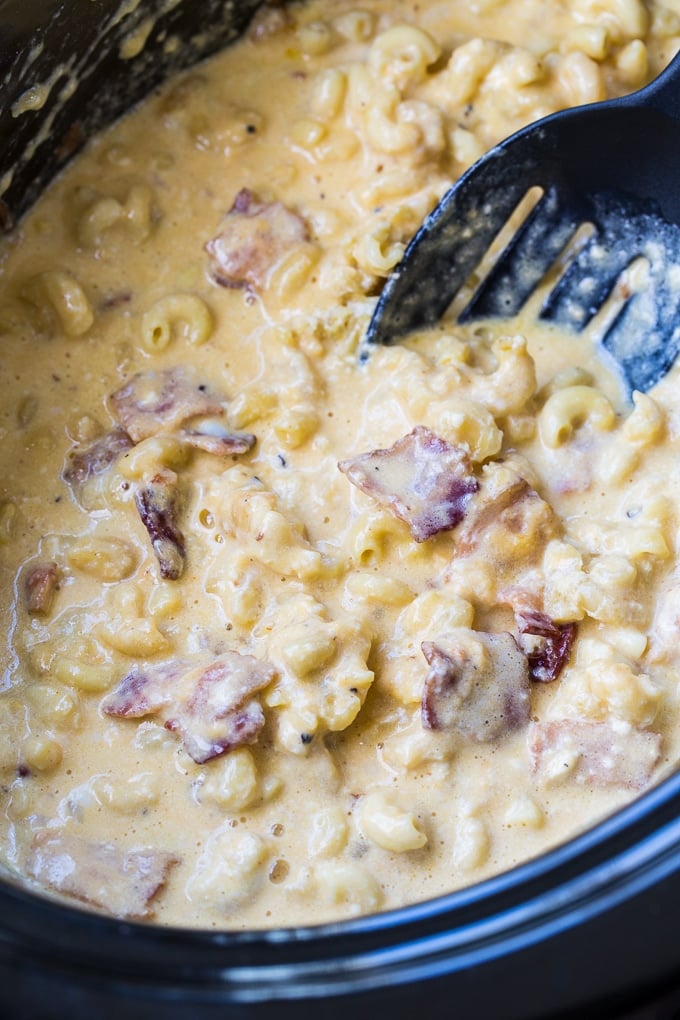 (These are newer pictures made using elbow macaroni and no jalapenos) 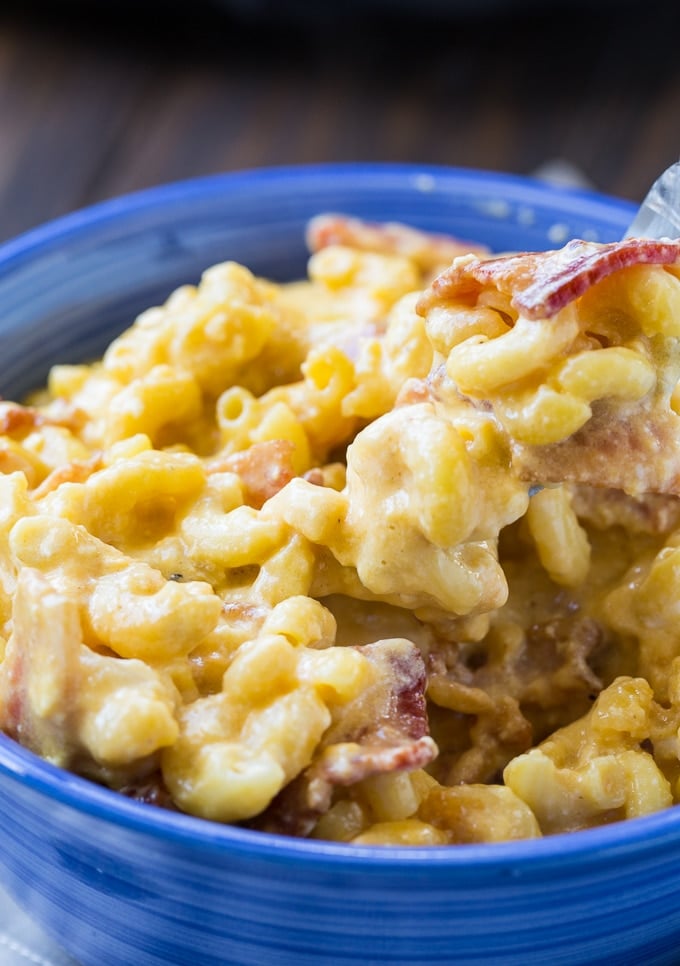 Alternately you could just reserve the bacon and sprinkle it on top of the cooked macaroni. I sautéed some diced jalapeno just briefly in the bacon fat and then added it to the crockpot along with uncooked fusilli, cheddar and monterey jack cheese, 2 eggs, whole milk, evaporated milk, a little butter, Worcestershire sauce, salt, pepper, and garlic powder.

I turned the heat to HIGH for 30 minutes and then to LOW for 2 1/2 hours. I find that if you keep it at HIGH too long, it burns around the edges. But cooking it on HIGH for a little while really helps shorten the cooking time.

At the end of the cooking time, the pasta is cooked just right and it has absorbed most of the liquid creating a thick, rich macaroni and cheese. 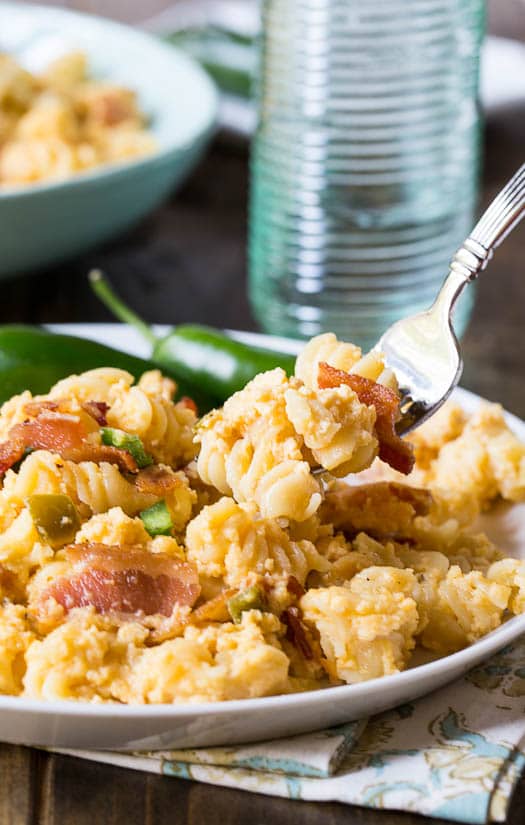 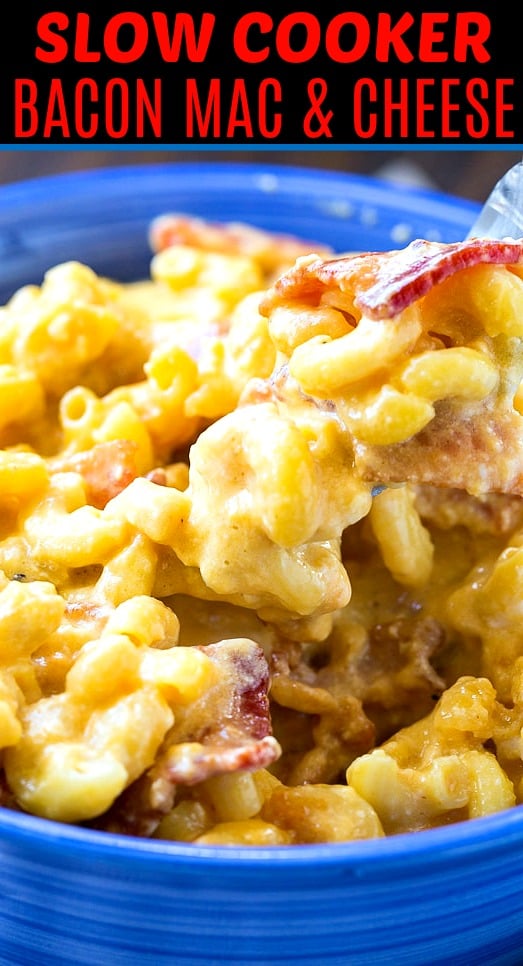