Sweet, salty, and creamy. There’s maybe no better way to enjoy fresh summer corn than Country-Fried Corn. It’s the perfect accompaniment to fried chicken or pork chops and has long been a southern favorite. 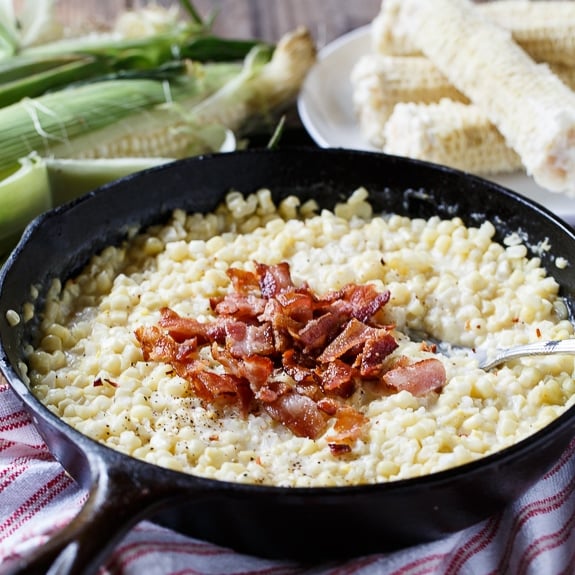 The secret to this delicious side dish is to cut the kernels from the cob and then scrape all that milk and pulp off the cob. It helps flavor and thicken the fried corn.

Of course, bacon doesn’t hurt either. 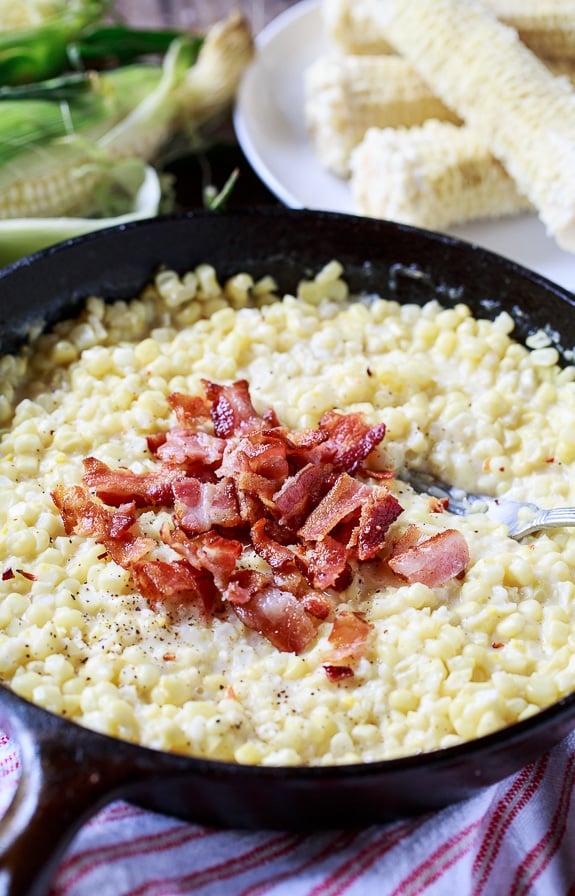 Once you cut the kernels off, you’ll go back over the cobs multiple times with a knife scraping all that you can off the cob. No waste here.

I typically use a sweet white corn like the fan favorite Silver Queen. But any corn can be used. The fresher the better though. 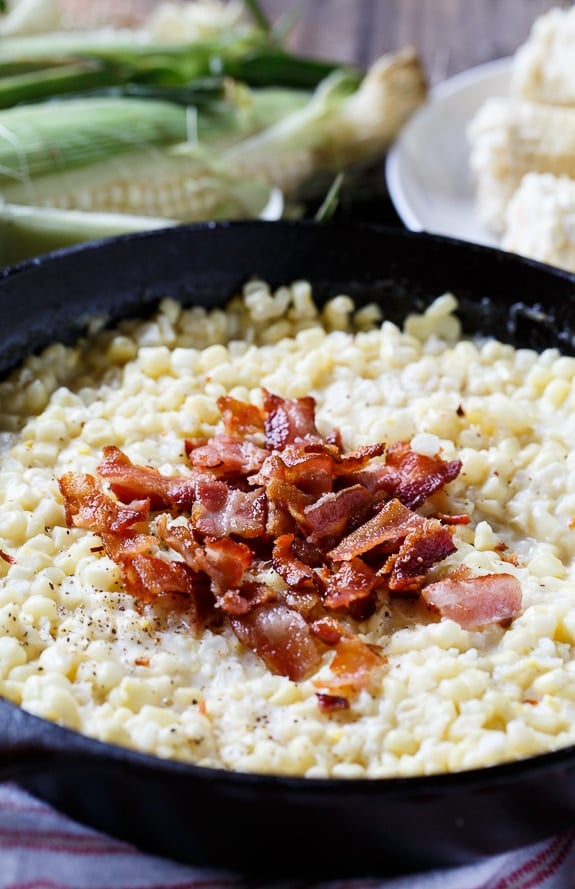 . Miss Mary Bobo’s Boarding House has been serving up delicious homestyle southern food in Lynchburg Tennessee for over 100 years. This cookbook is one I turn to again and again for the simple southern comfort food that I grew up eating. 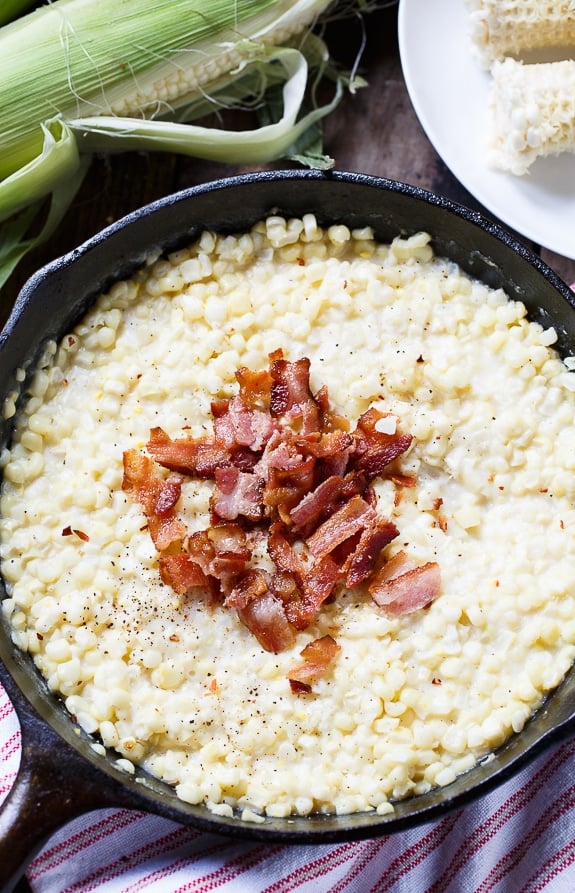 Country Fried Corn is cooked in hot bacon drippings with a little sugar, milk, cornstarch, butter, and black pepper. I like to add a few red pepper flakes too.

Just plain simple ingredients is really all you need to turn fresh produce into mouthwatering food. 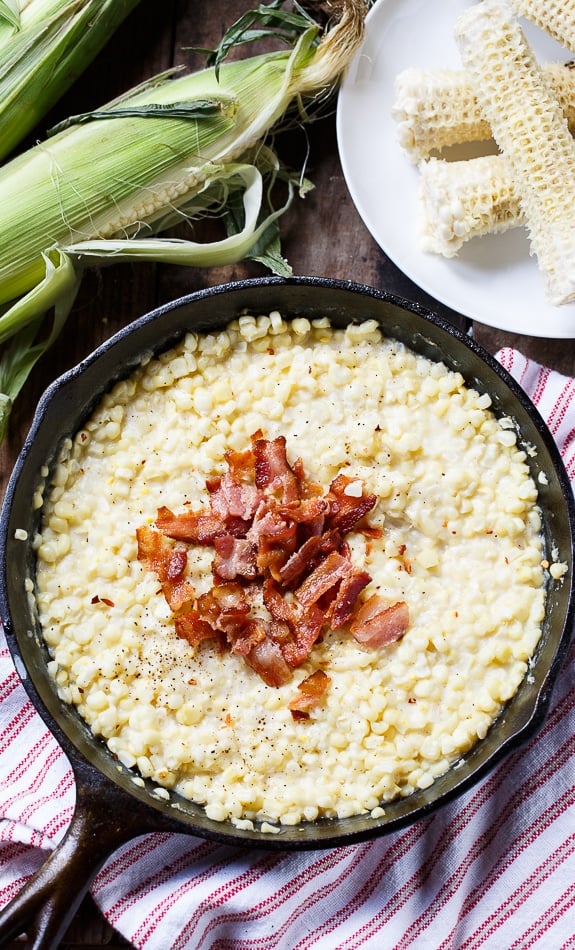 Corn varies greatly in sweetness. Start with 1 tablespoon of sugar, but if your corn is not very sweet you may want to add another half to full tablespoon.

Best Way to Cook Corn on the Cob 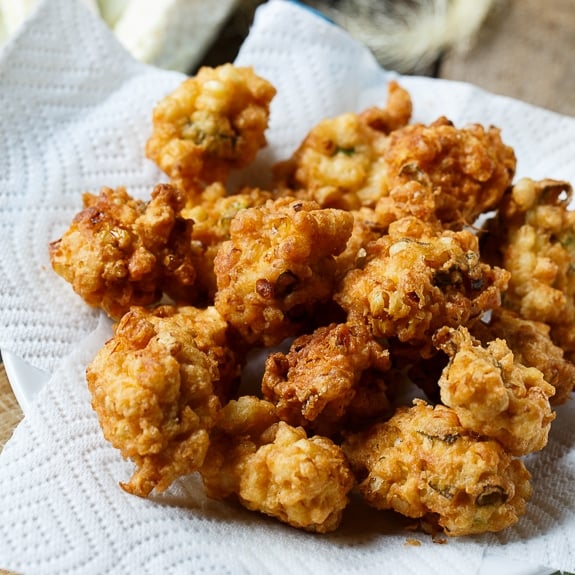