Sponsored post written by me on behalf of Tyson Foods, Inc. The opinions and text are all mine.

Bacon Cheddar Cornbread has a irresistible salty, smokey flavor with just a little sweetness from some corn and sugar. There’s a whole lot of flavor going on here. 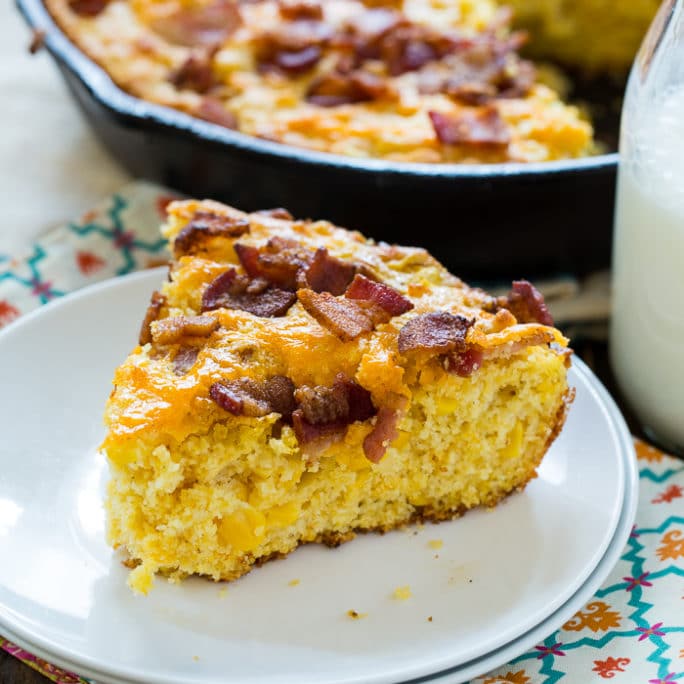 I used Wright® Brand Bacon which has become my favorite bacon. I find the flavor and quality to be far above other brands I have tried. It comes in both Hickory and Apple Wood flavors. I used Wright® Brand Naturally Hickory Smoked Bacon for this Bacon Cheddar Cornbread, but Apple Wood would be equally delicious. 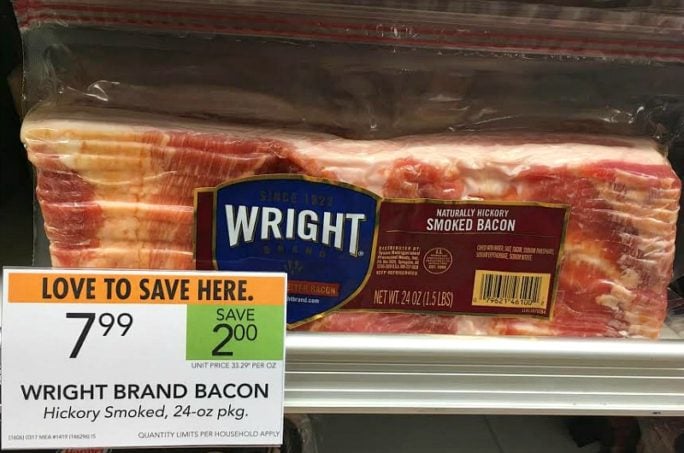 I love that you get a full  pound and a half in a package and nothing beats those super thick slices. 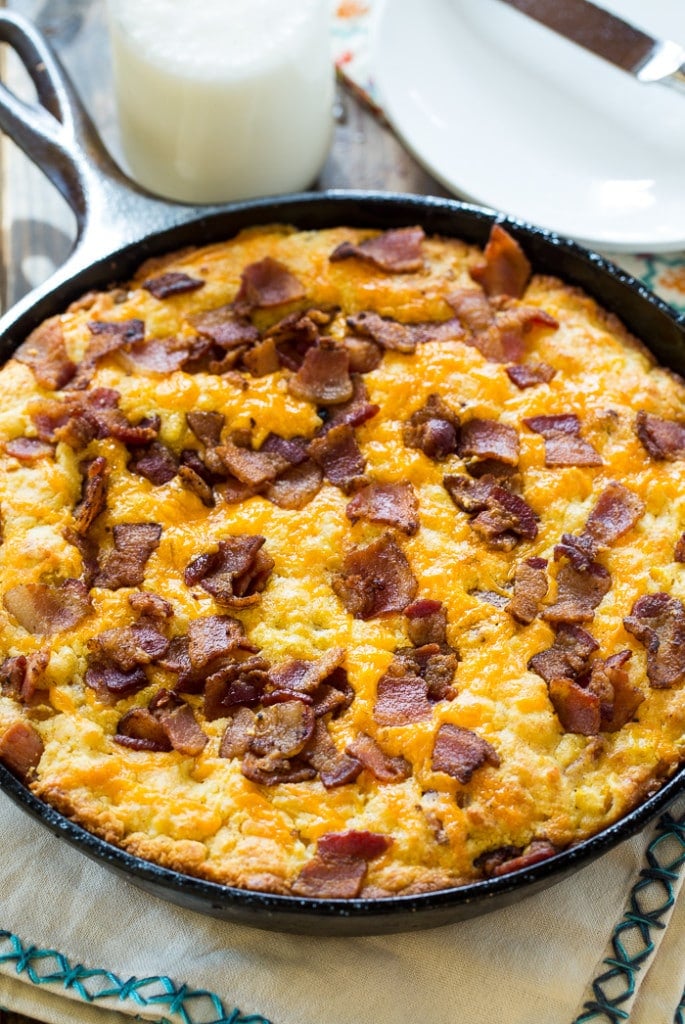 I’m a huge believer that bacon makes anything taste better and since it is one of the most versatile ingredients, I always have some in my fridge. Whether it’s with a side of eggs for breakfast, on a BLT sandwich for lunch, wrapped around some grilled chicken for dinner, or even sprinkled on top of a chocolate milkshake for dessert, bacon is never anything less than delicious. 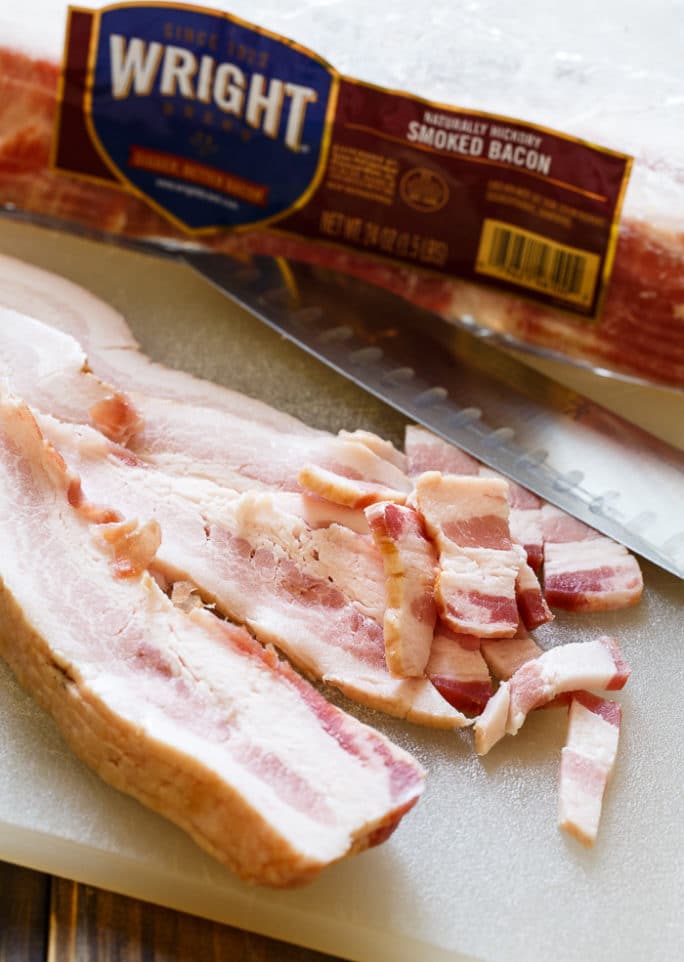 Wright® Brand Bacon is incredibly thick, hand-crafted bacon. It is made with only the best cuts of premium meat that are hand-selected and hand-trimmed. It has the perfect smokey flavor. 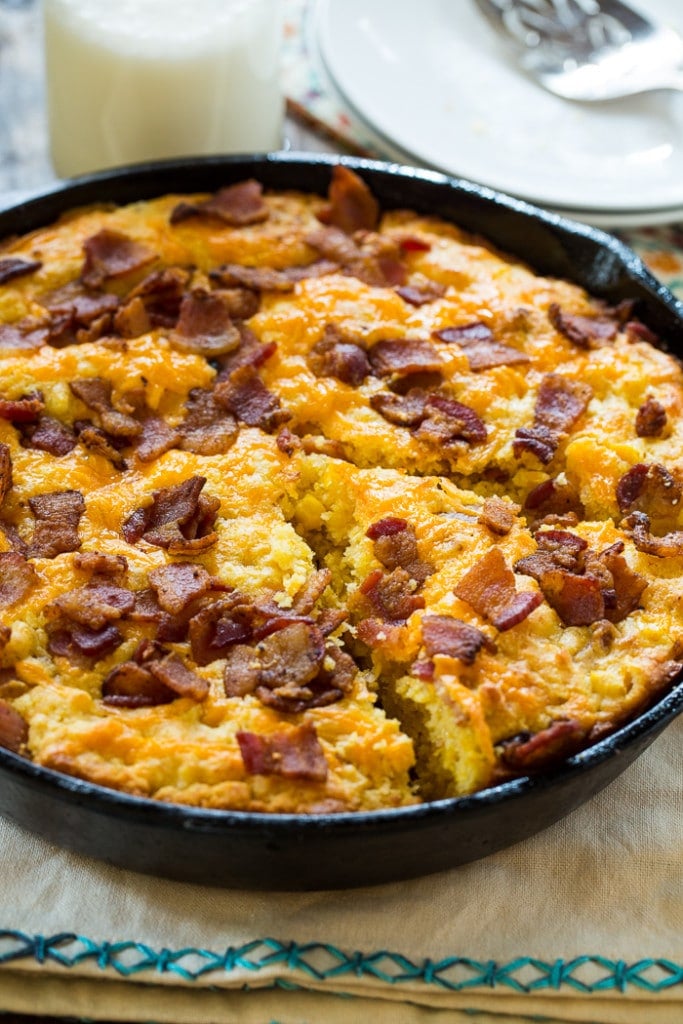 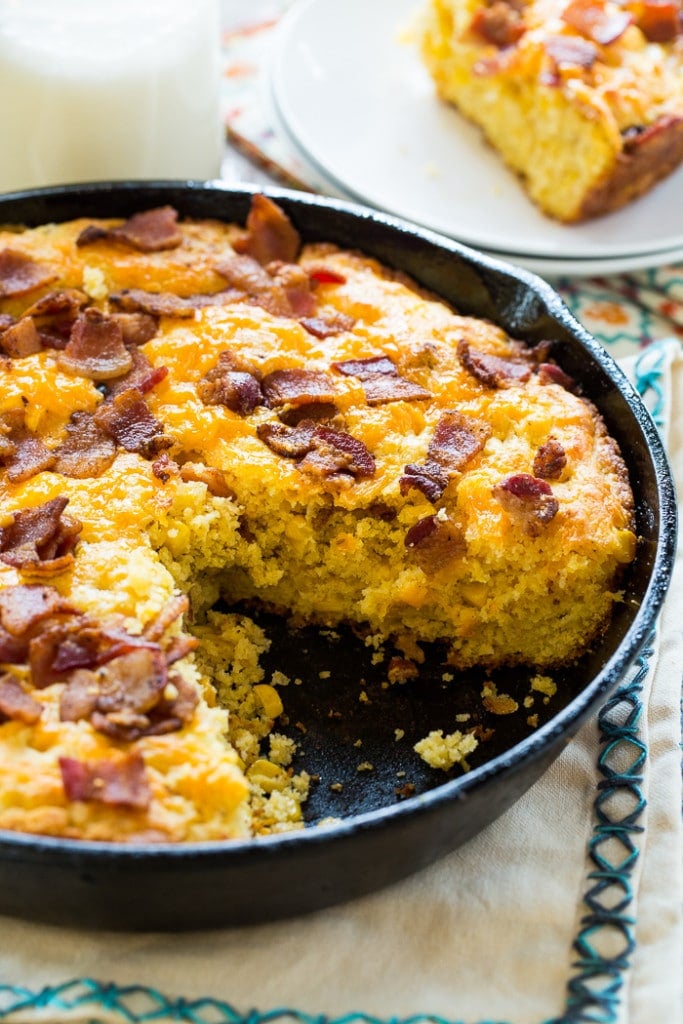 To make my Bacon Cheddar Cornbread, I start by crisping up lots of bacon in a cast iron pan. Cast Iron is perfect for cooking bacon and its even heat distribution makes wonderfully crispy but moist cornbread.

Once the bacon is crispy, set it aside but leave a little bacon grease in the pan. It makes the bottom of the cornbread fabulously crisp and flavorful. I mix some of the bacon into the cornbread batter along with some shredded cheddar cheese.

Pour the batter into the cast iron pan and then sprinkle the remaining bacon and cheese on top. Pop it in the oven and 30 minutes later you have the most delicious cornbread imaginable. 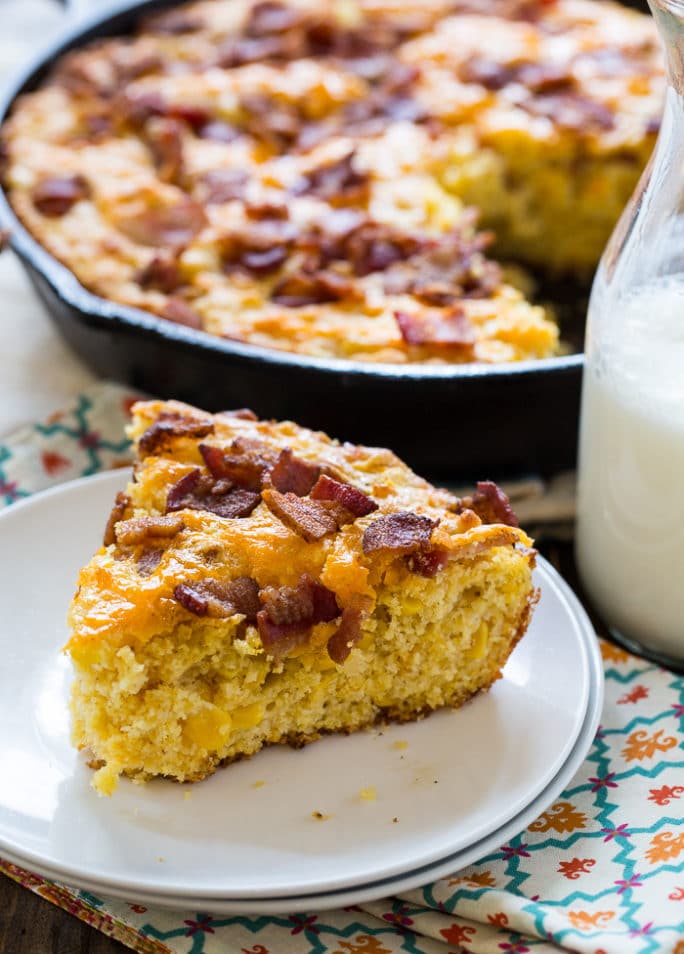 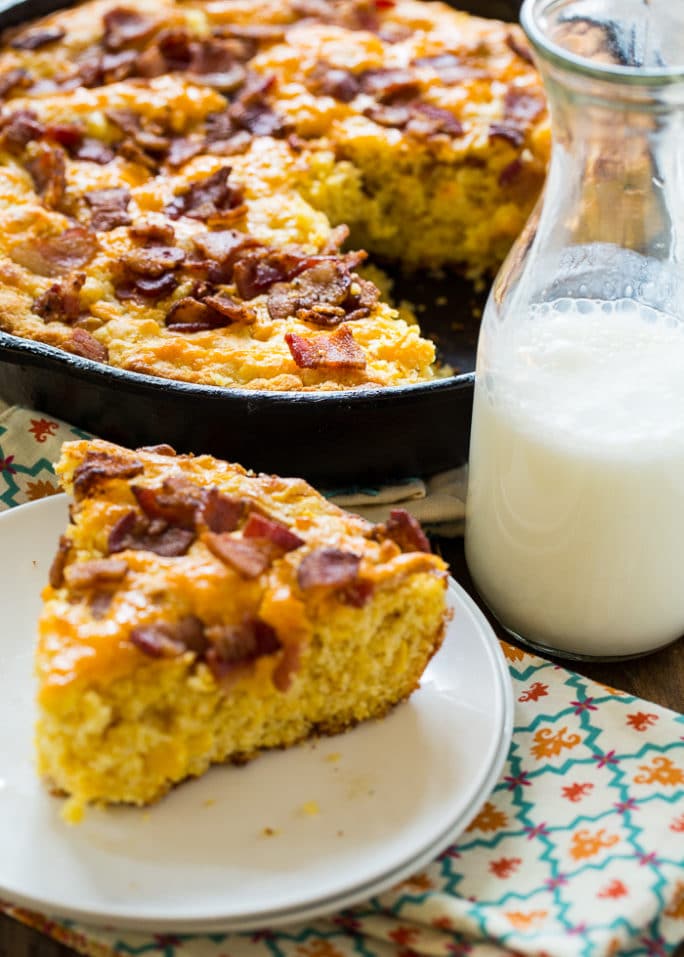 Sponsored post written by me on behalf of Tyson Foods, Inc. The opinions and text are all mine.