Mint Julep Brownies flavored with bourbon and mint and covered in chocolate frosting are the perfect sweet treat for Derby Day. 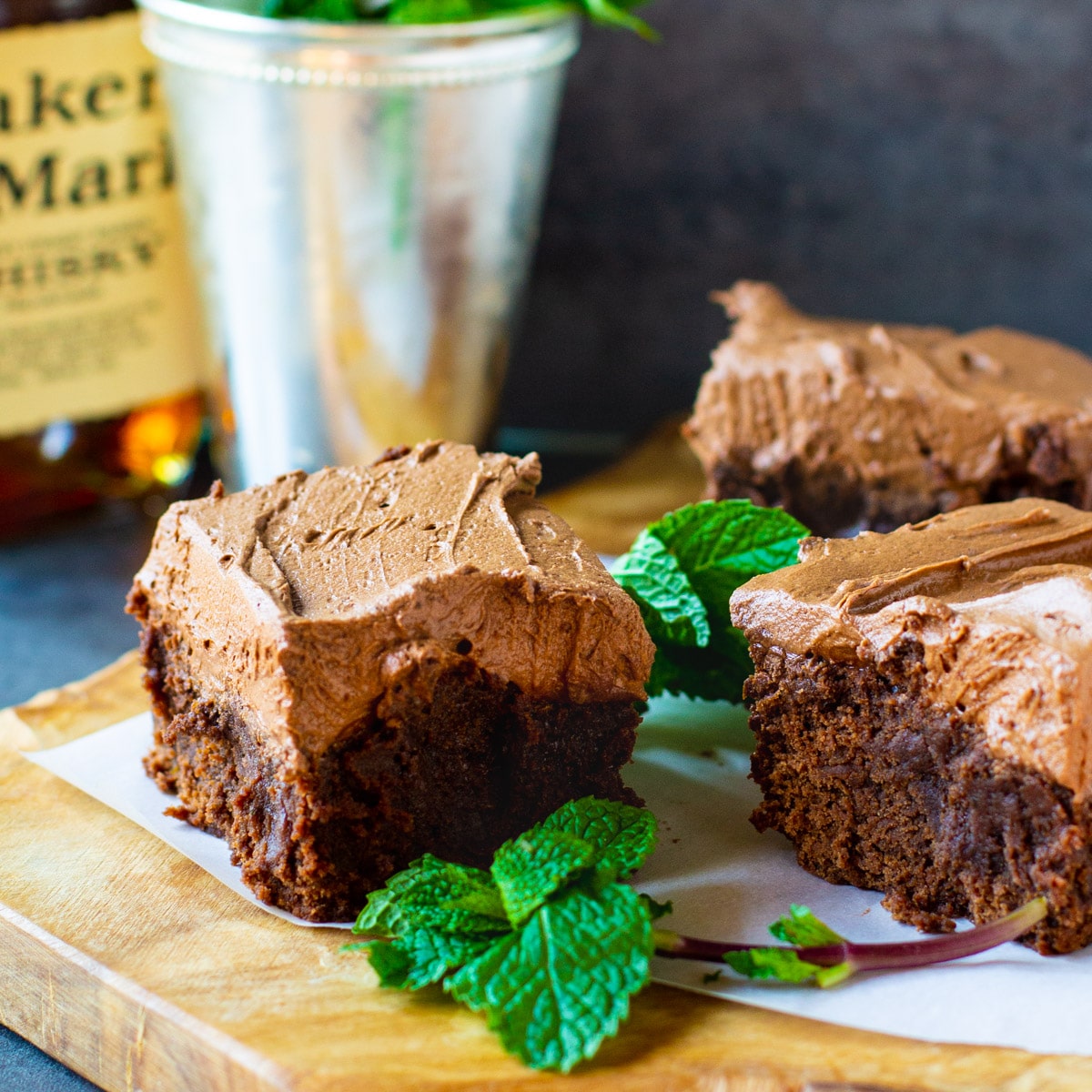 The Mint Julep is one of my favorite cocktails. It’s such a simple cocktail with just 3 basic ingredients: mint, bourbon, and sugar. But the taste is anything but simple.

Since the Kentucky Derby is just weeks away, I decided to turn this beloved cocktail into a brownie.

The brownie batter is flavored with both bourbon and mint and it’s topped off by a smooth and creamy frosting. Just because given the choice between a frosted brownie and an unfrosted brownie, I’ll take the frosted one every time. 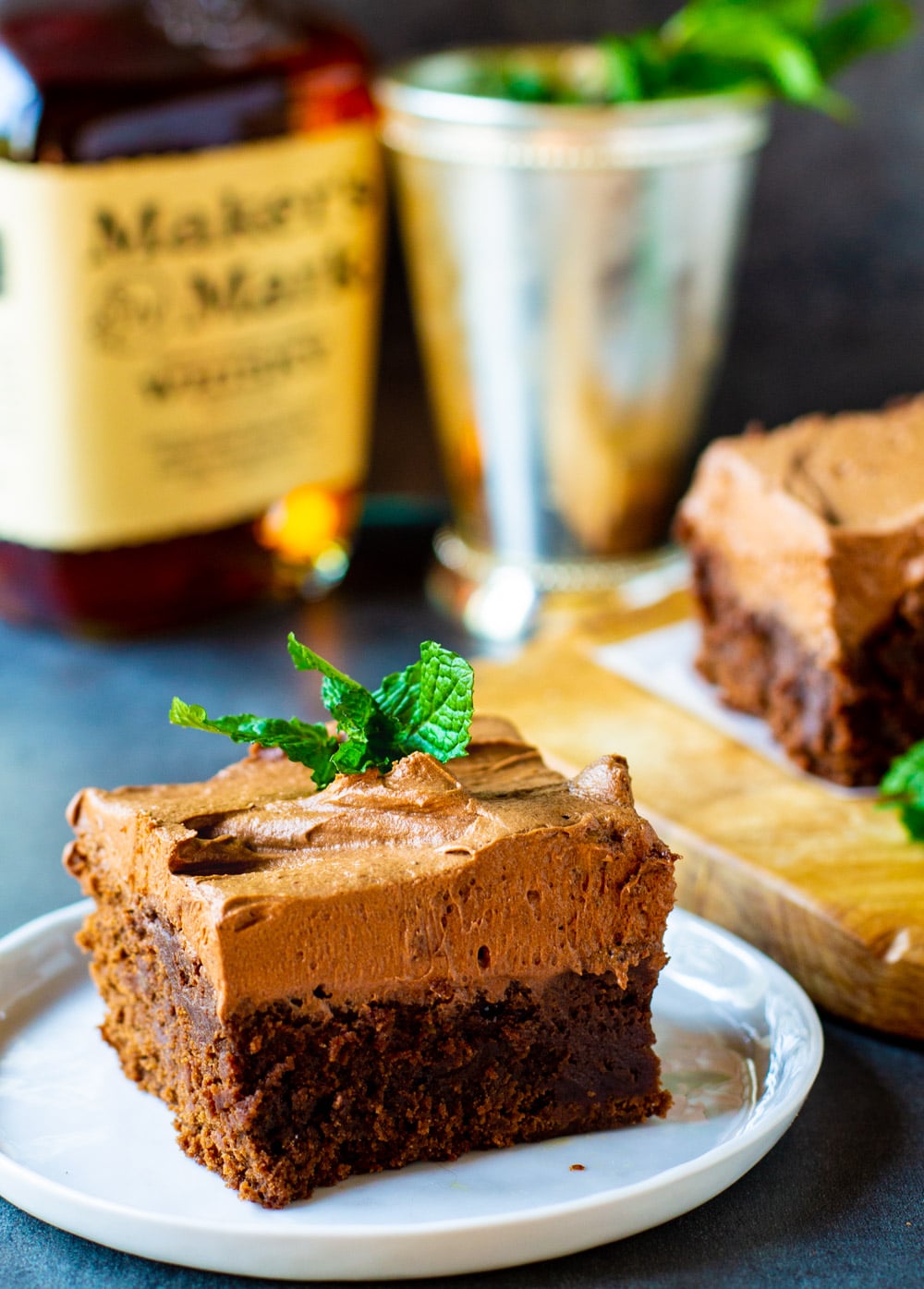 Mint is one of the herbs I use all summer, but rarely use other months of the year. It grows like a weed during the summer time and  often times can’t even be killed by someone with 2 brown thumbs. My grandfather, who was from Louisville, grew a big patch of mint to use in his Mint Juleps. One Derby Day,  he drank a little too much and my grandmother chopped all the mint down with a hoe so that he would no longer be able to make Mint Juleps. She was quite surprised and exasperated when it grew back even more bountiful than before.

I actually don’t drink that much, maybe 1 drink per week on average, but there’s one thing I always have in my liquor cabinet. Bourbon. Makers Mark to be specific. I probably cook with it more often than I drink it.

Bourbons woodsy, vanilla flavor is so southern and distinctive and works so well as a flavoring for foods. 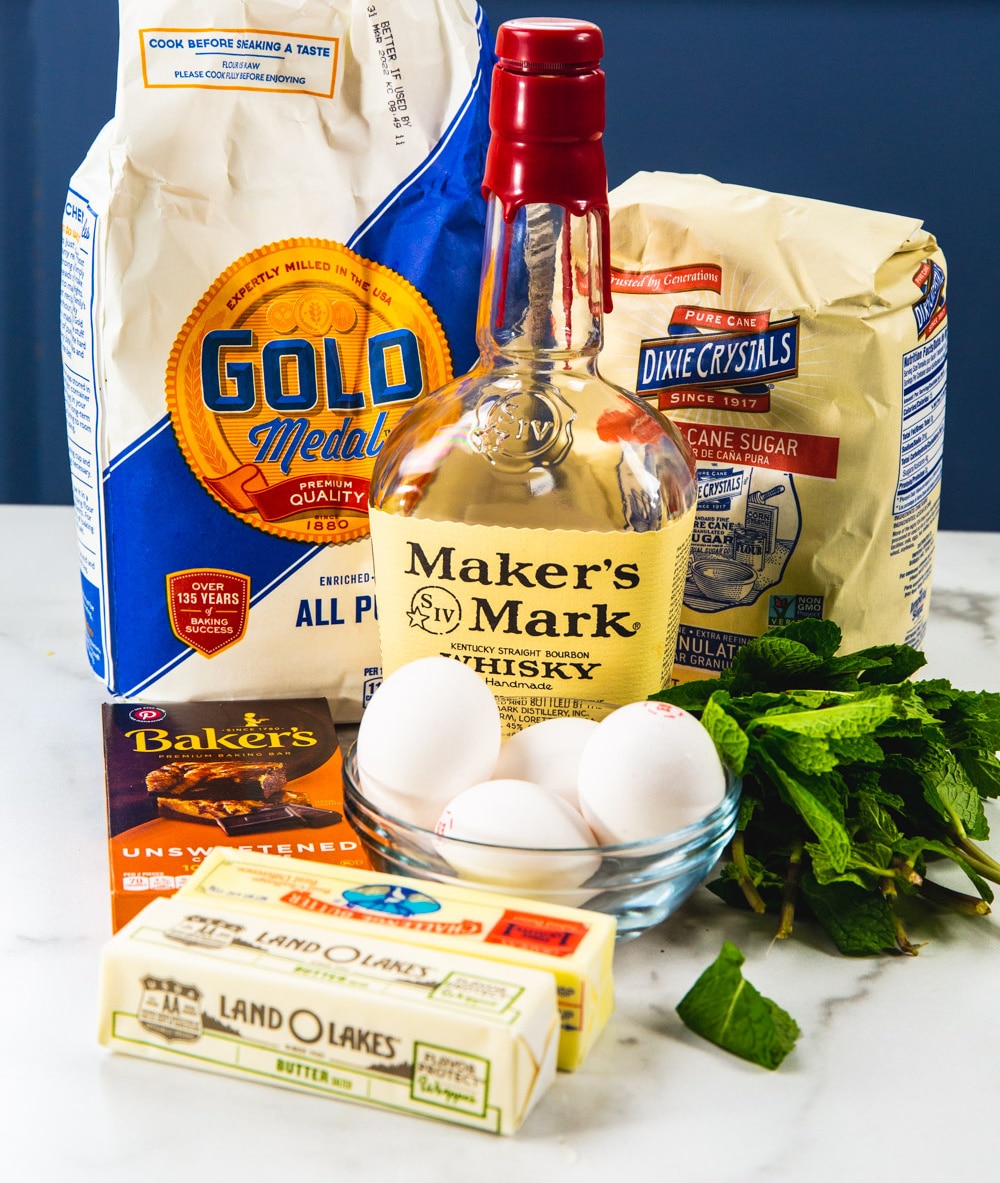 So this coming Derby Day, if you don’t want to drink your Mint Juleps, you can eat them. Or you can do both. 🙂 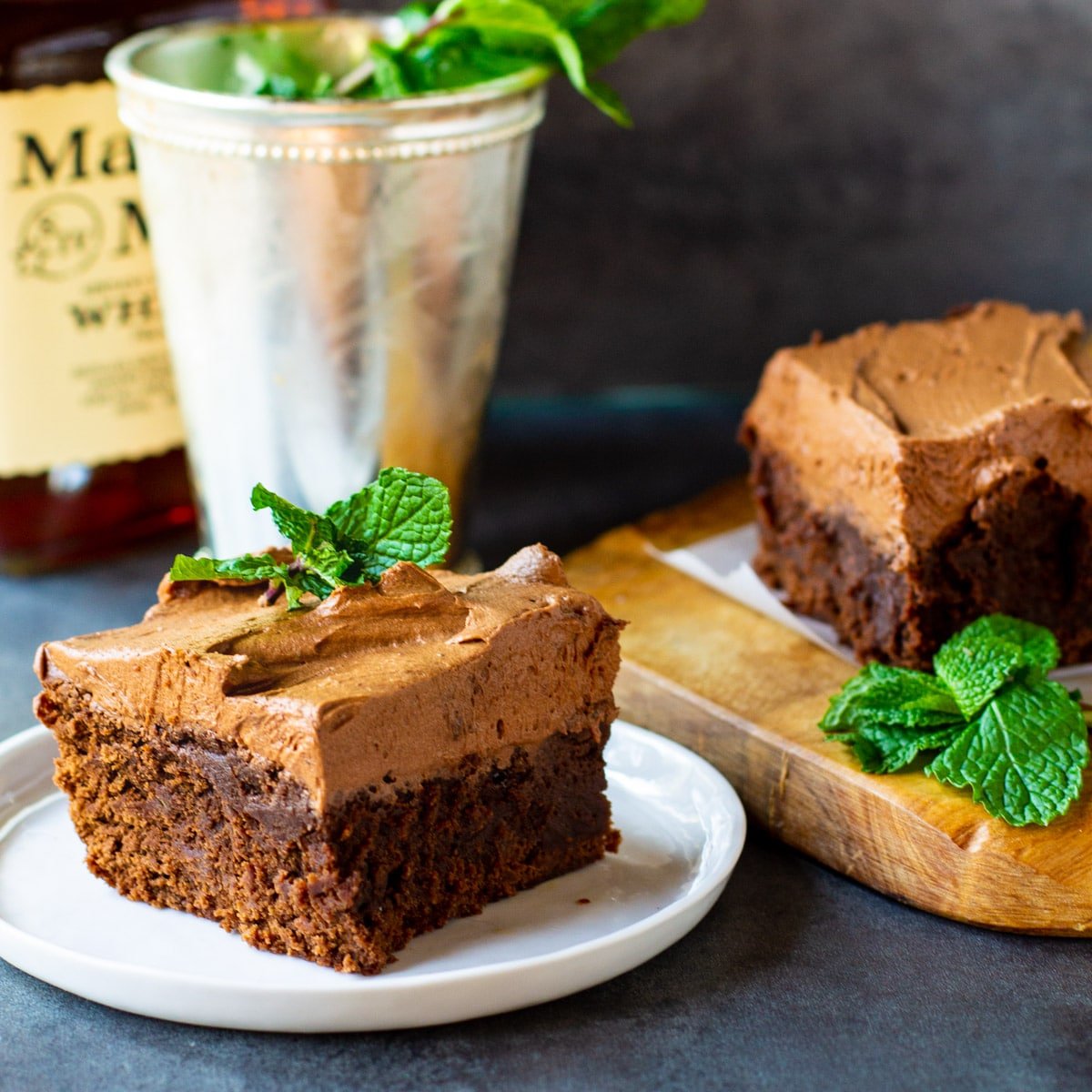 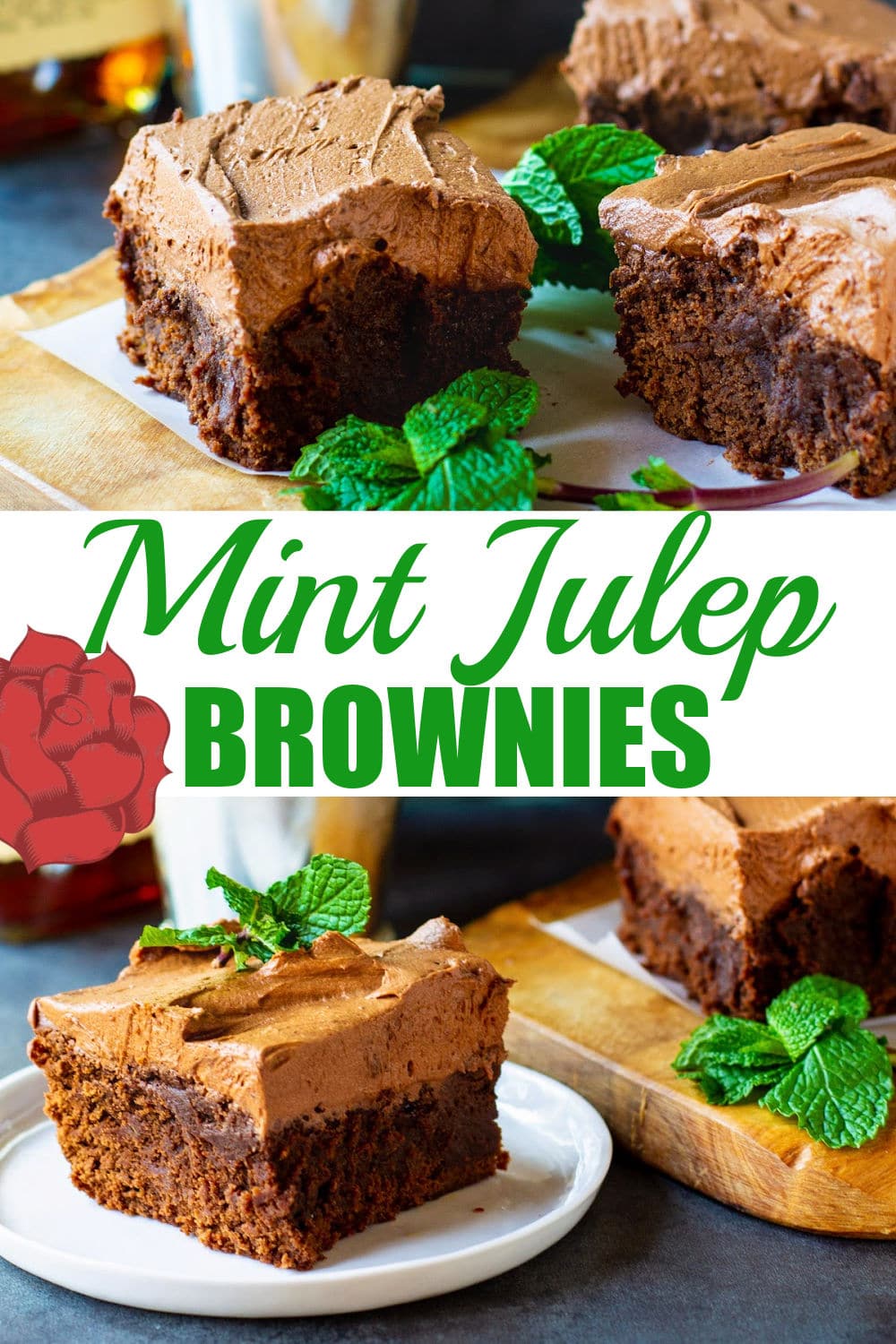