Bacon Stuffed French Toast is the ultimate sweet and savory breakfast. If you are of the belief that everything tastes better with bacon, you are going to love this recipe! 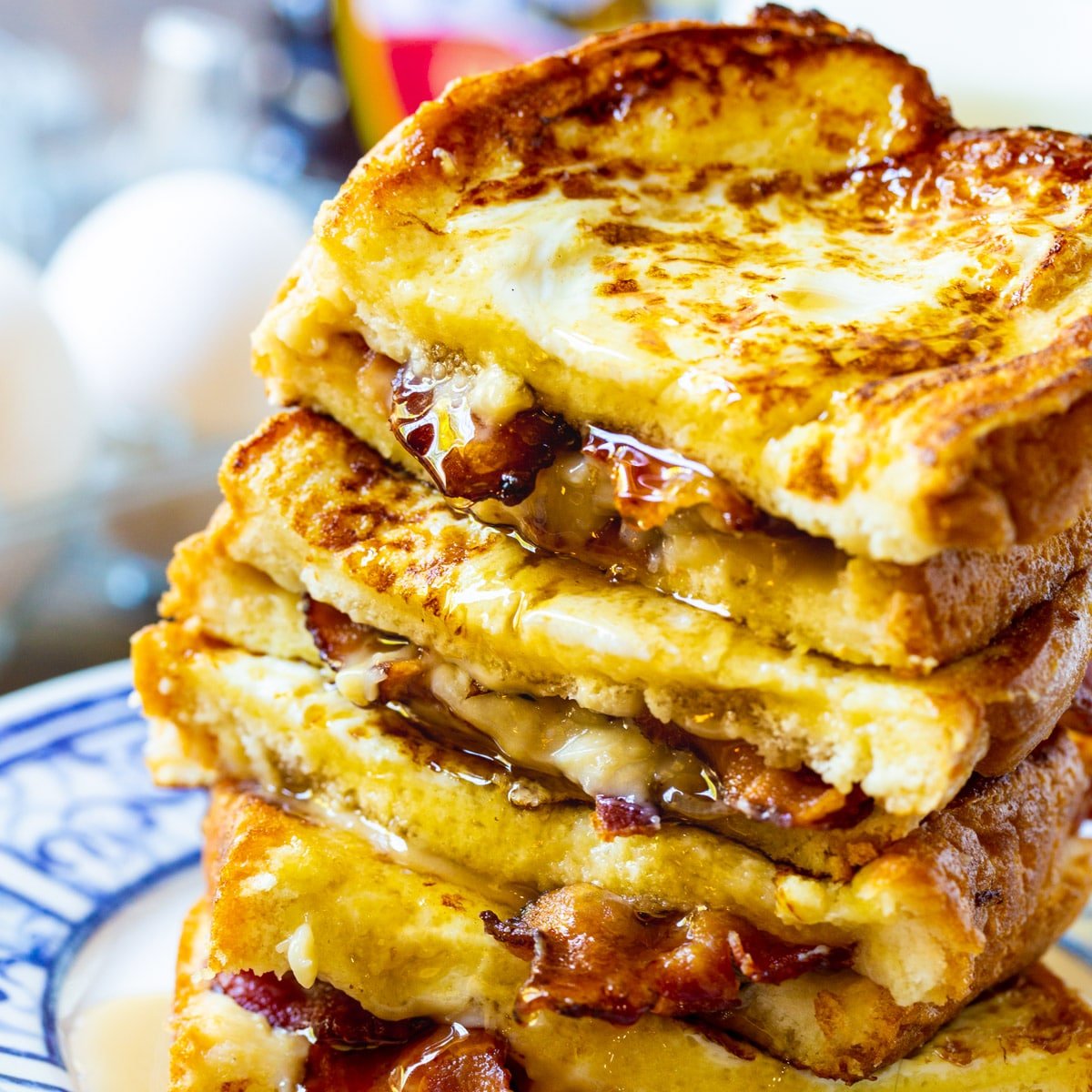 Two pieces of white bread are spread with a mixture of cream cheese and brown sugar. Next, a couple of pieces of crispy bacon are sandwiched in between.

The “French Toast Sandwich” is dipped in a mixture of eggs and milk and then cooked until golden on each side.. Drizzle with maple syrup and you have a breakfast like no other.

I love the way salty bacon tastes with sweet foods like in this Maple Bacon Monkey Bread.

The salty/sweet flavor combination is hard to beat. There’s nothing like a good contrast to wake up your taste buds. 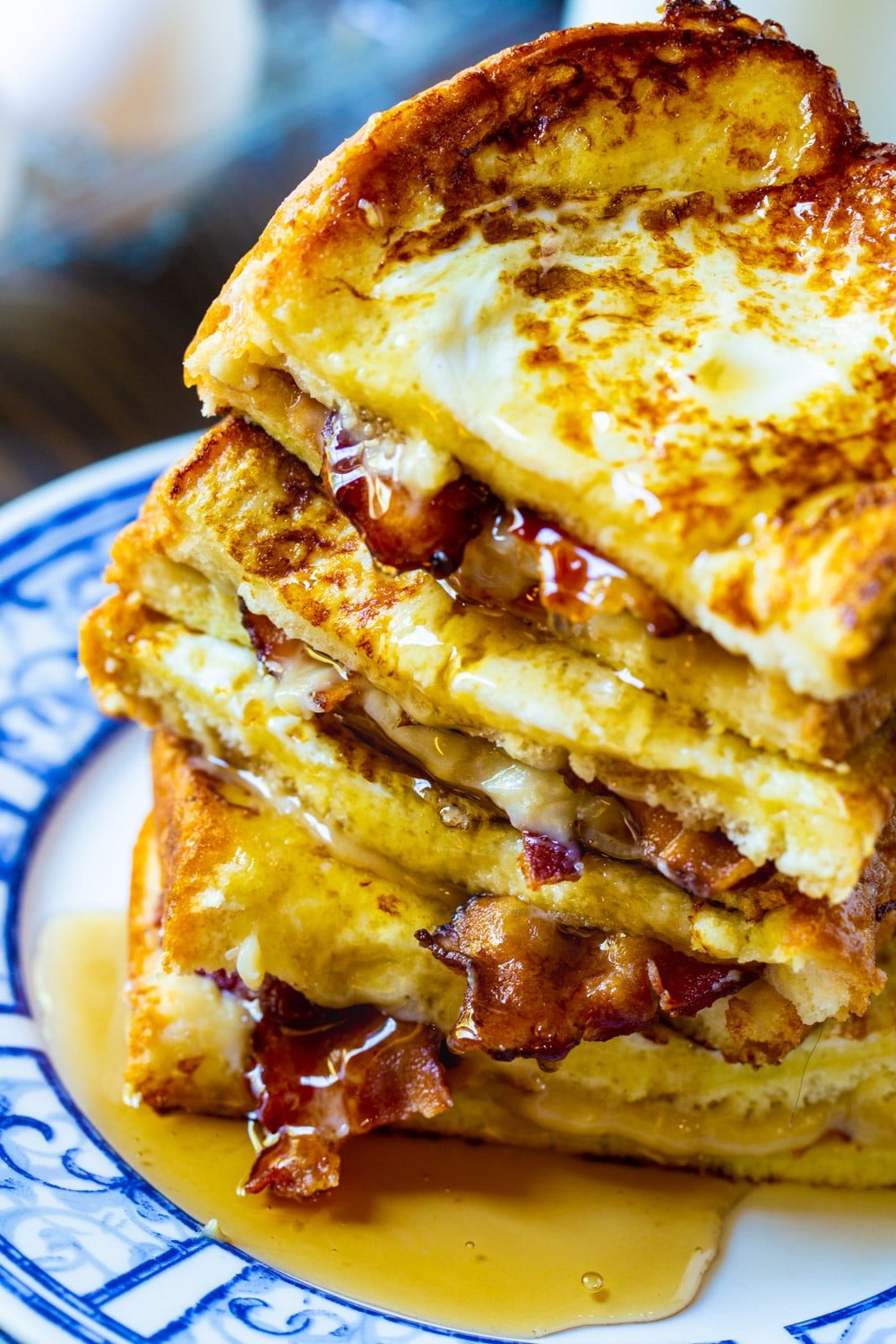 This Bacon Stuffed French Toast recipe works best with stale bread so it’s perfect for using up the second half of that loaf of bread you bought last week. If your bread is still pretty fresh, remove it from the bag and set it out on the counter for an hour or so to dry out some.

Just use a thin layer of the cream cheese mixture on each piece of bread. Just enough to help seal the two pieces of bread together. Use too much and it will taste soggy. 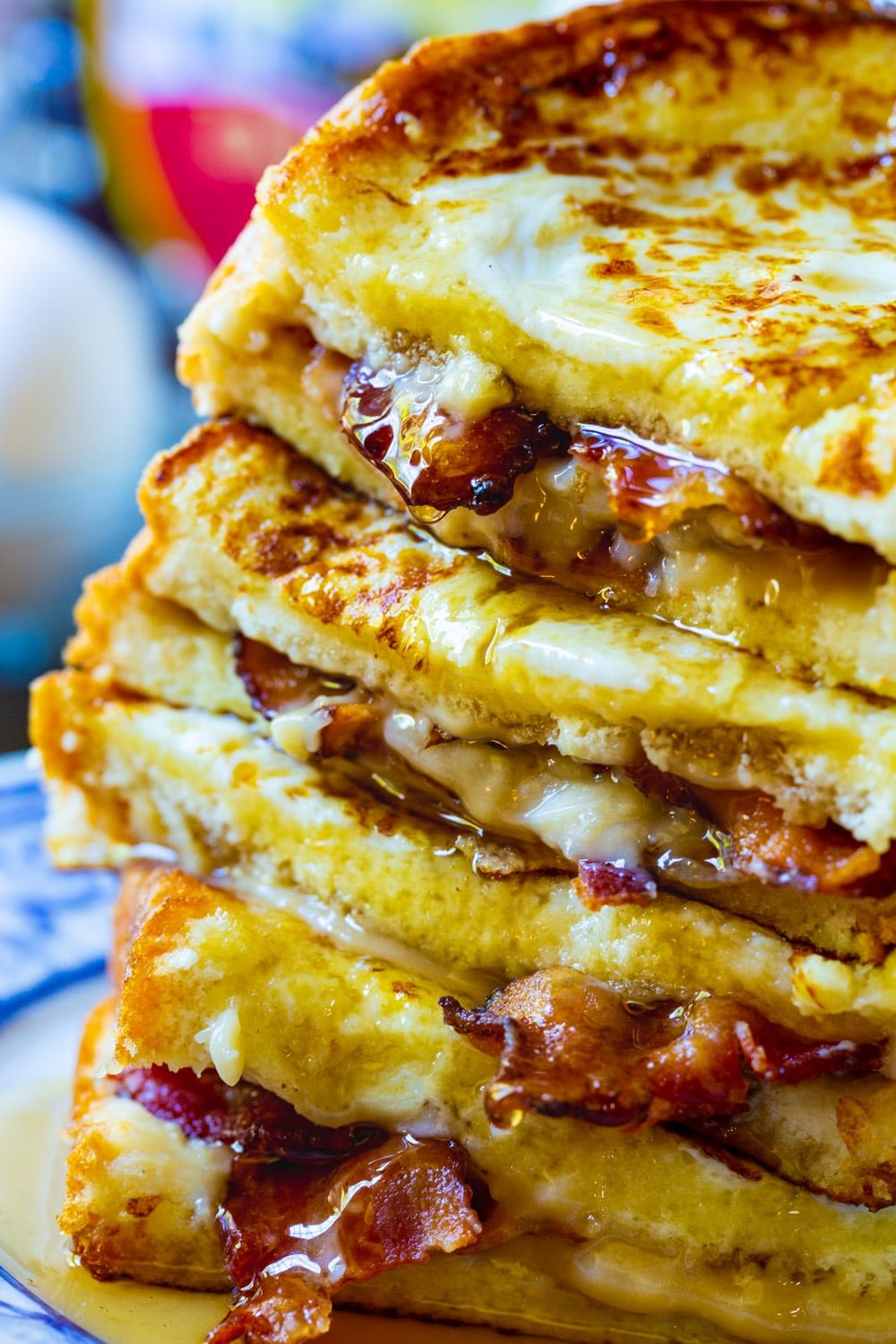 Try These Other French Toast Recipes: 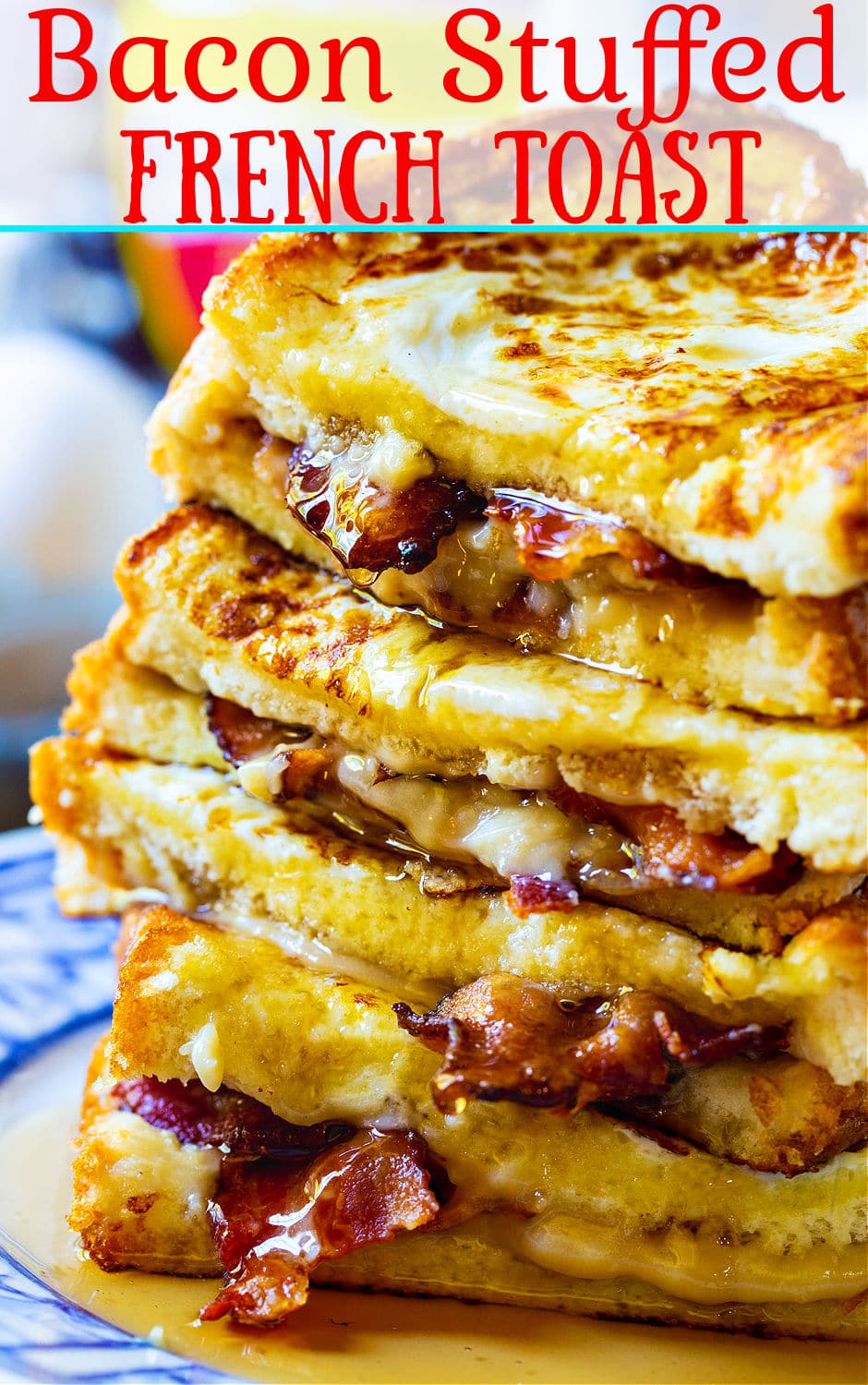 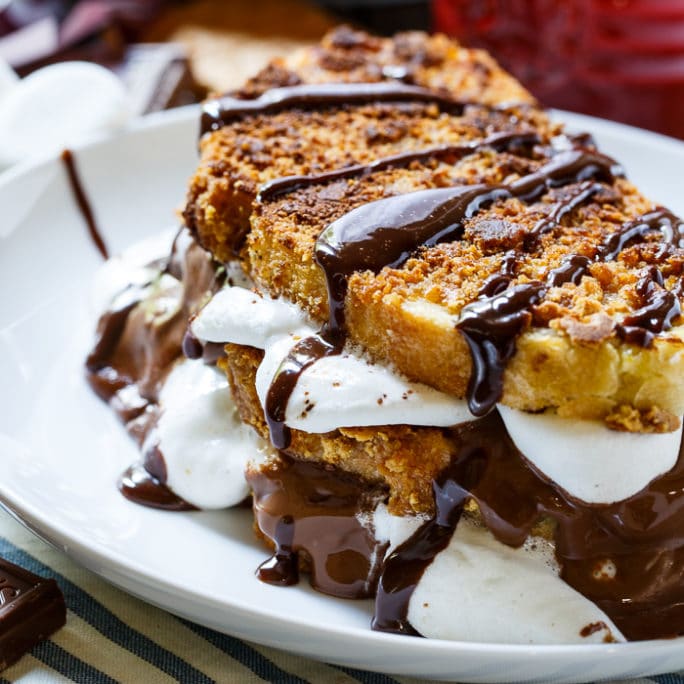 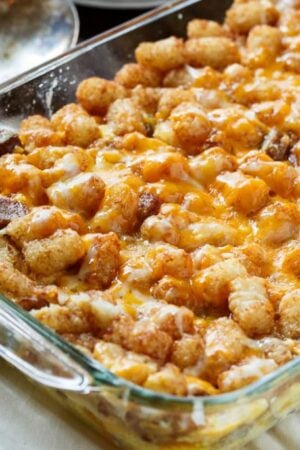