Twinkie Tiramisu is made with Twinkies instead of ladyfingers. It has plenty of coffee flavor, some chocolate, and a whole lot of creamy, delicious flavor! 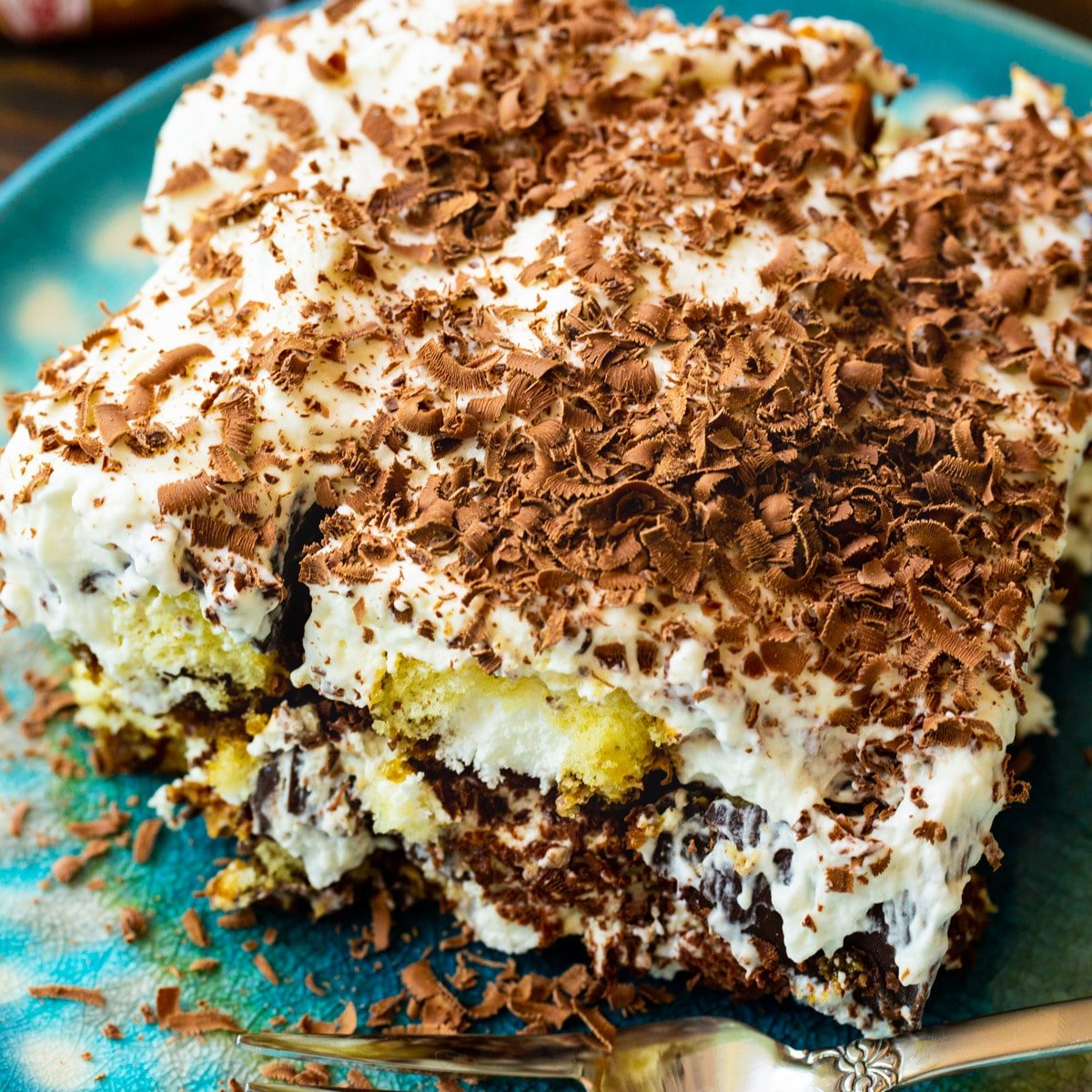 Twinkie Tiramisu is hands down the best tiramisu I’ve ever had. Twinkies were made for Tiramisu. They are so much better that way.

Between the cream in the Twinkies and a creamy whipped cream cheese/whipped cram mixture, there is a whole lot of creaminess going on in this Tiramisu. 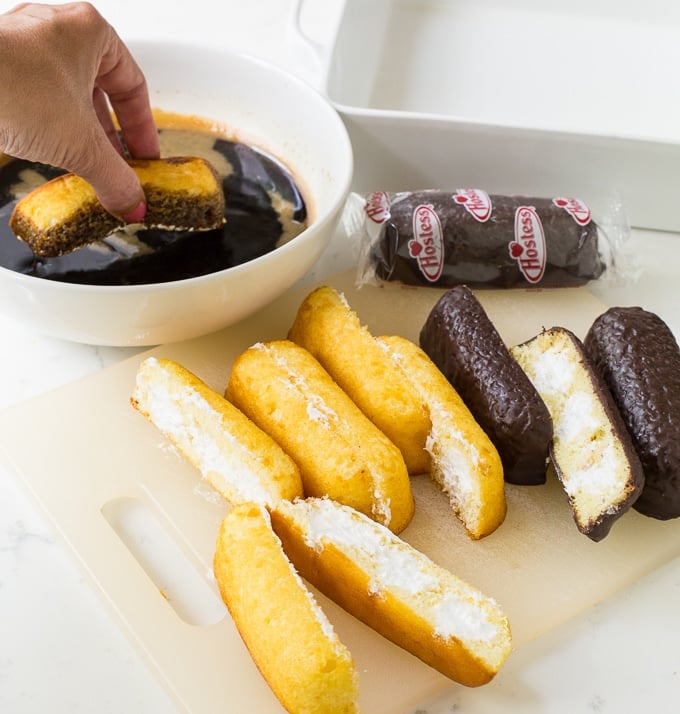 Twinkies are cut in half lengthwise and dipped in an instant espresso/sugar mixture dissolved in water. You can vary the amount of coffee flavor by giving them a quick dip or letting them get saturated. I think a quick dip is plenty.  🙂 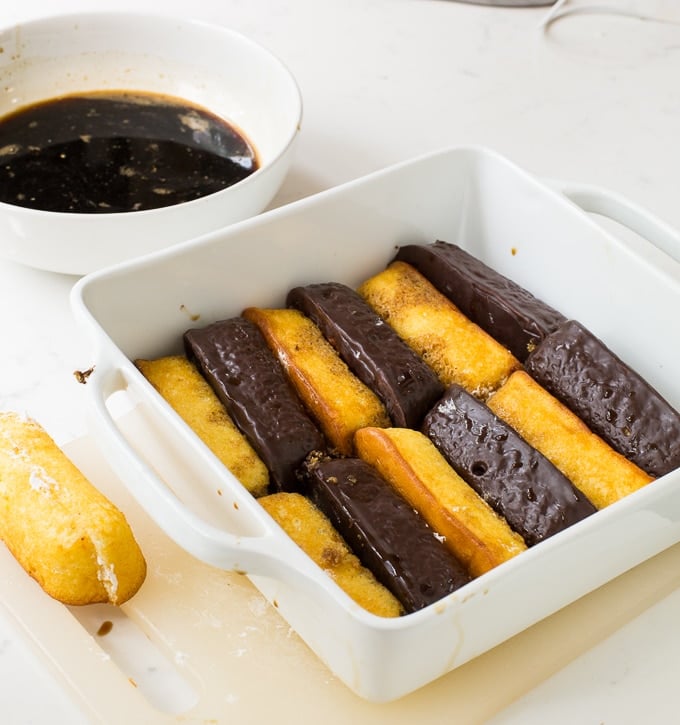 Whipped cream cheese mixed with whipped cream (you could use Cool Whip), makes a creamy mixture that is spread on top of the Twinkies. There is also some grated chocolate in the middle and on top. 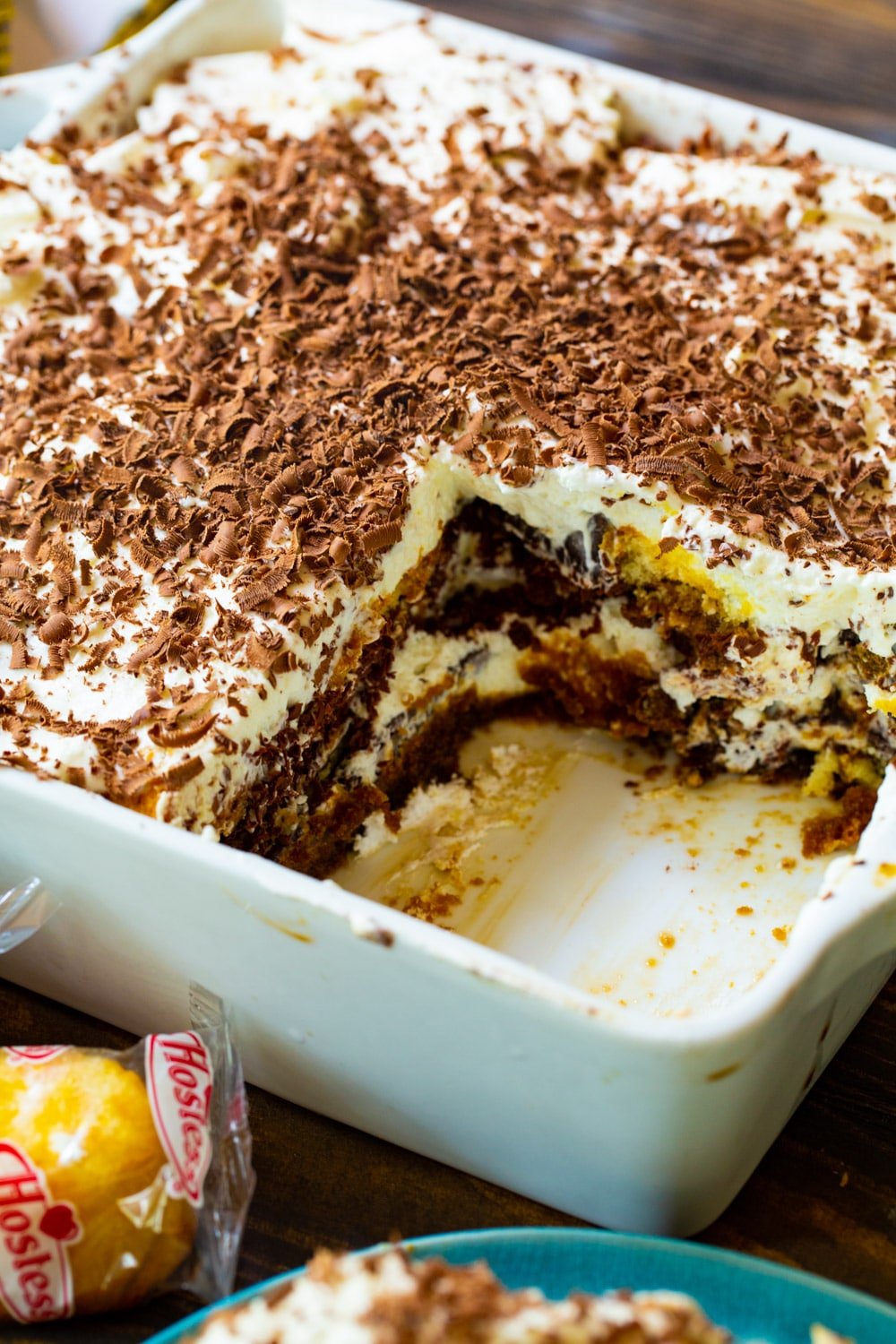 I wanted to add some more chocolate flavor and make it a little more interesting so I used half regular Twinkies and half chocolate covered Twinkies and I love how it turned out!

This Tiramisu should be refrigerated for at least 2 hours before serving so plan ahead. It will last for about 3 days in the refrigerator. 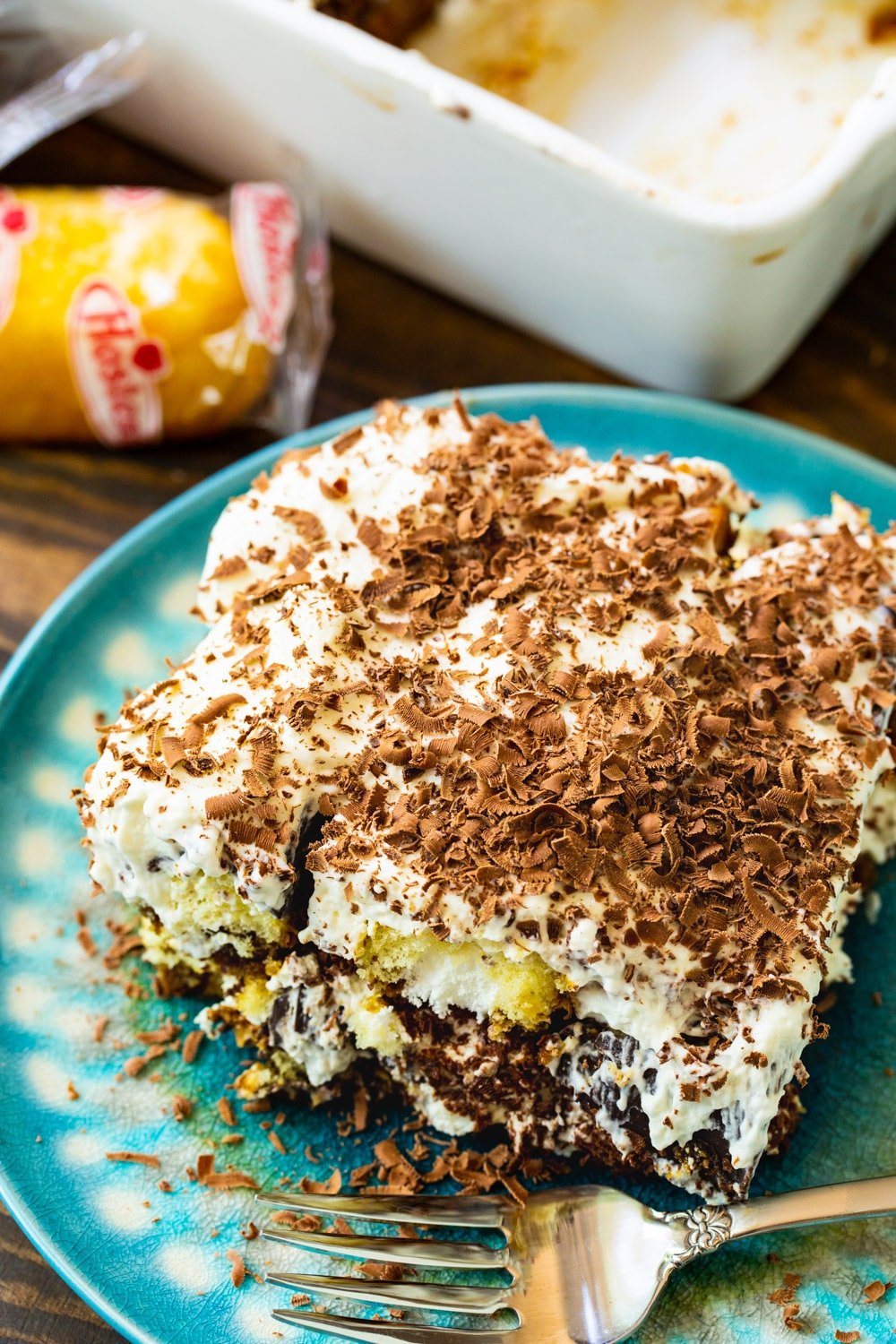 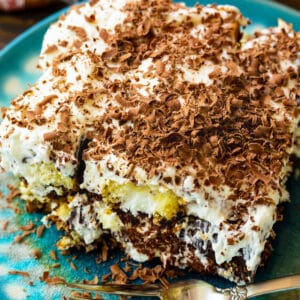 Course: Dessert
Cuisine: American
Keyword: chocolate, tiramisu
Servings: 8
Calories: 569kcal
Author: Christin Mahrlig
Twinkie Tiramisu is made with Twinkies instead of ladyfingers. It has plenty of coffee flavor, some chocolate, and a whole lot of creamy, delicious flavor!
Print Recipe 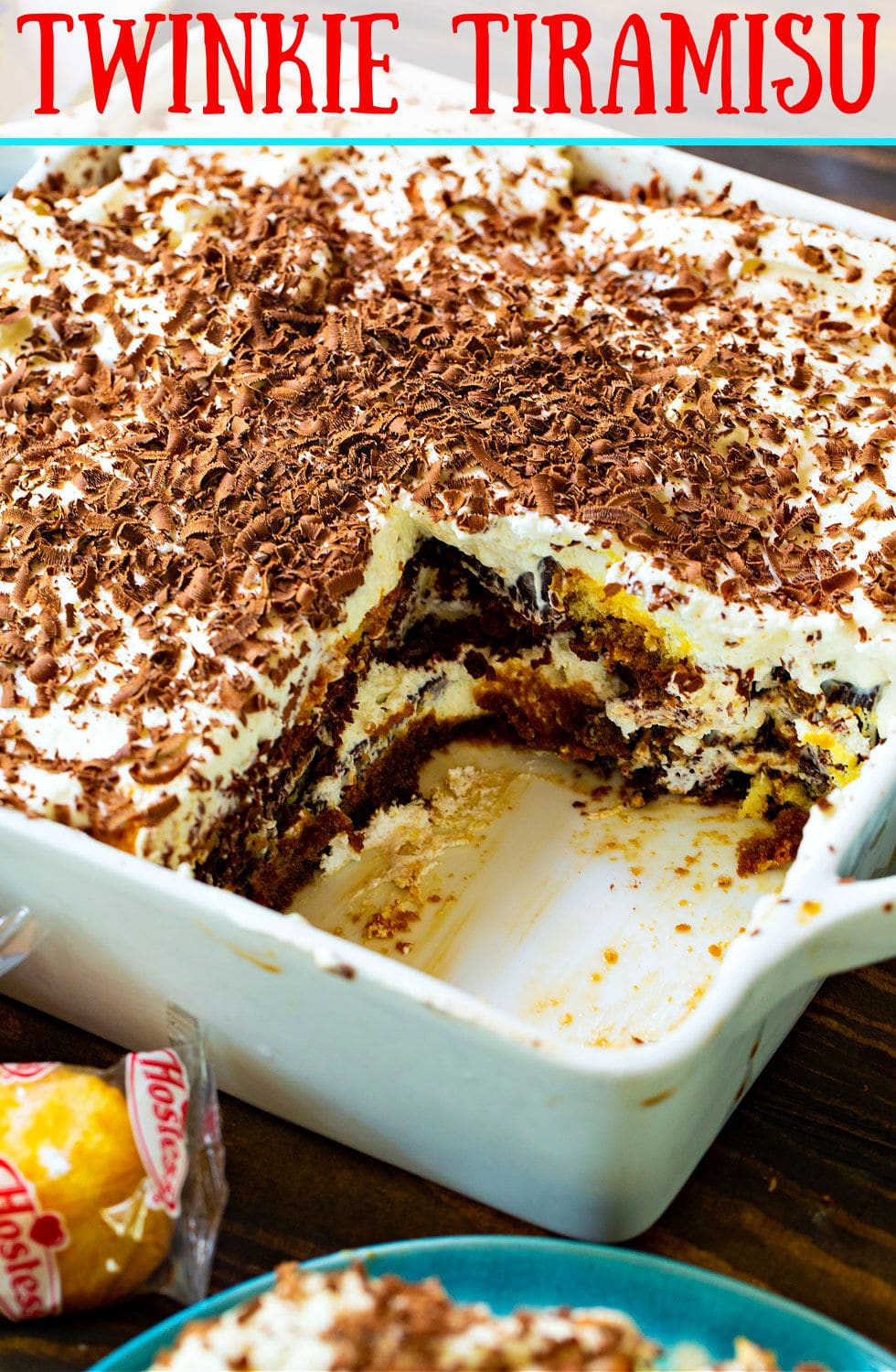