Twinkie Banana Pudding is made from sliced twinkies, bananas, vanilla pudding, whipped cream, and a few vanilla wafers, all layered together in a trifle bowl. This twist on banana pudding is perfect for your next potluck or picnic. 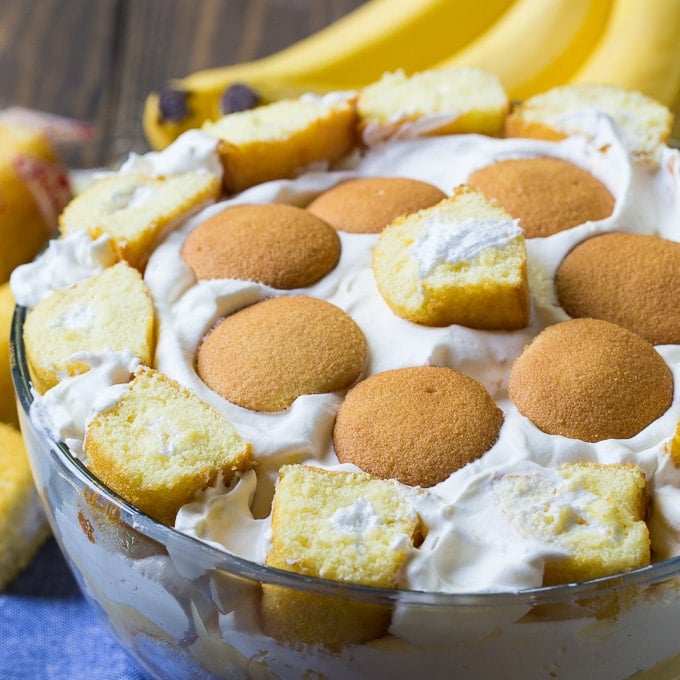 I love making things with twinkies and they are an awesome addition to banana pudding. They also make a wonderful tiramisu.

There are so many different variations you can make of banana pudding. I recently had a chocolate banana pudding at a restaurant and I can’t wait to try and recreate it. 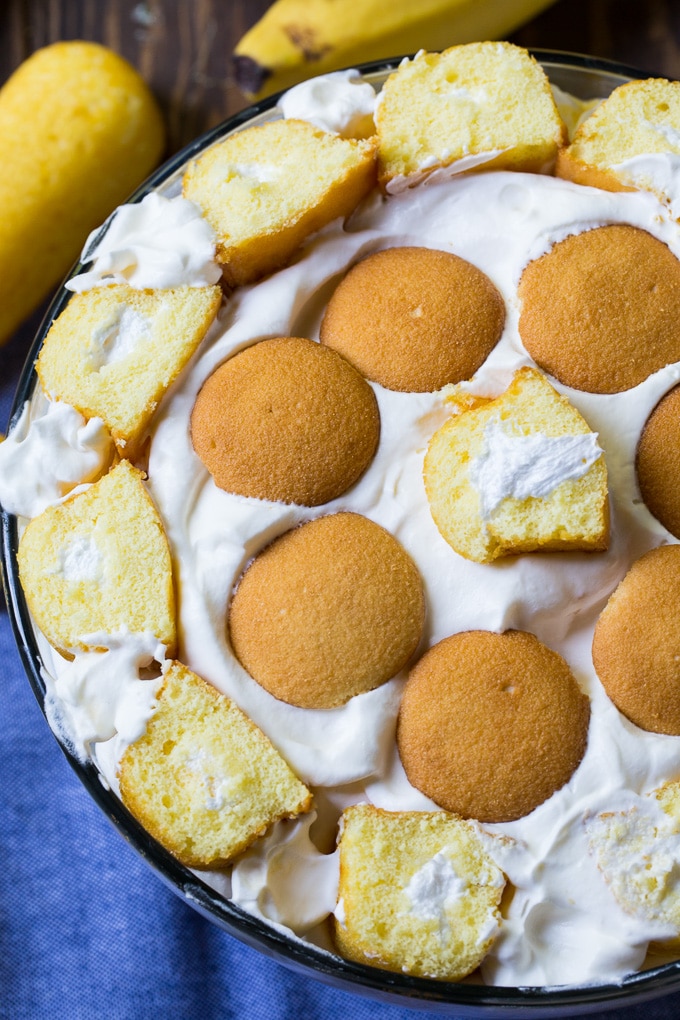 To keep things simple I used 2 boxes of instant vanilla pudding mix but you could make a homemade vanilla pudding. Vanilla wafers are my favorite part of a banana pudding so I didn’t want to leave them out even though the twinkies could completely take their place. I just used fewer vanilla wafers than I usually would.

You’ll need a large glass bowl or a trifle dish for this Twinkie Banana Pudding. It will feed a ton of people and is a great make ahead dessert. 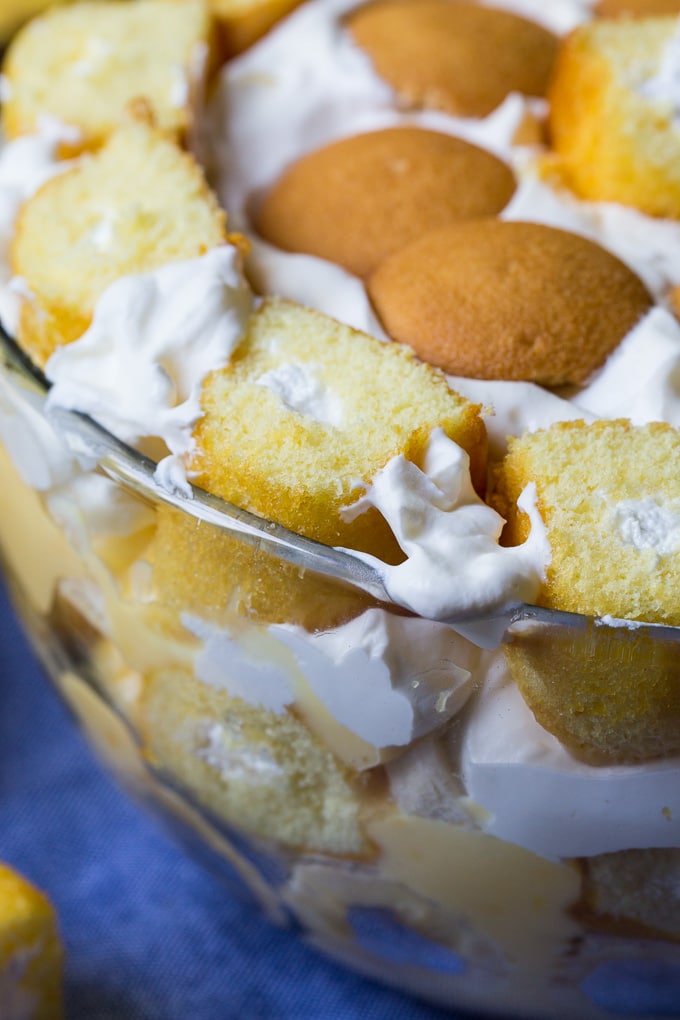 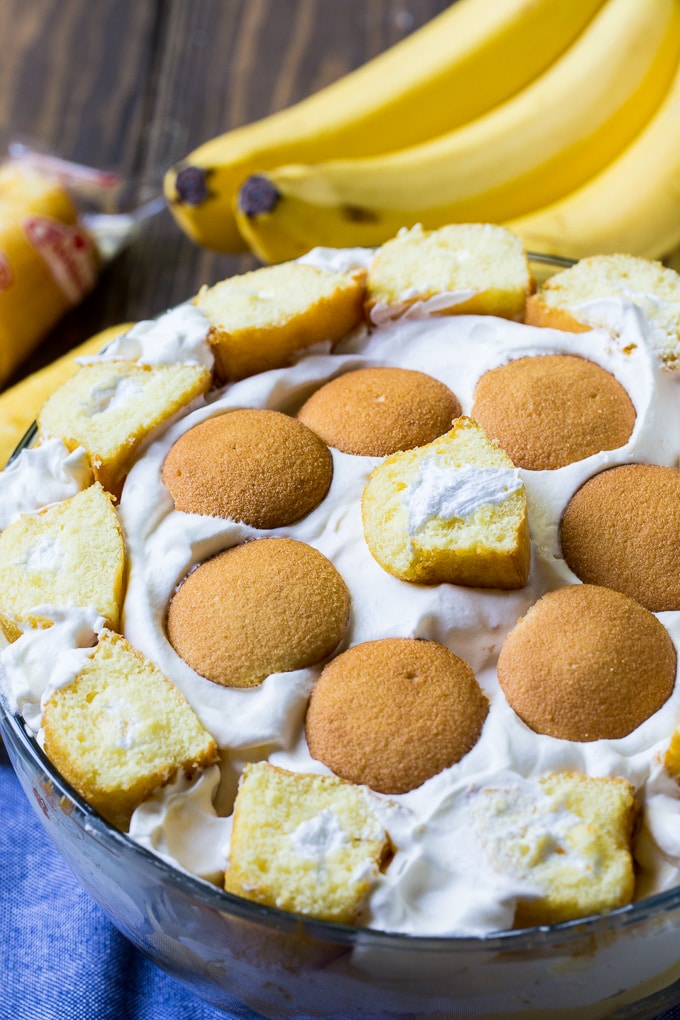 Instead of using fresh whipped cream, you can use a 8-ounce container of Cool Whip. The cream will whip much more easily if it is very cold. It also helps to place the mixing bowl and beaters in the fridge for a few minutes.
Author: Christin Mahrlig
Course: Dessert
Cuisine: Southern