These Banana Pudding Cupcakes are the cupcake version of banana pudding with a creamy pudding center, whipped topping and crushed vanilla wafers. 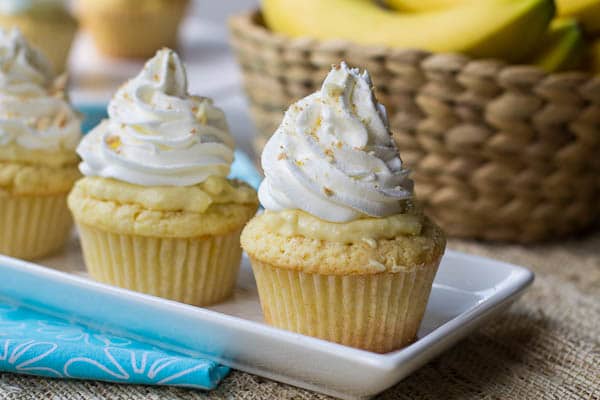 If you grew up in a southern household, chances are banana pudding was one of the desserts most likely to be served whenever there was a gathering of family or friends. Everyone, kids and adults alike, seems to love this sweet, delicious, and creamy mixture of pudding, fresh bananas, and vanilla wafers with either whipped cream or a meringue on top.

It’s perfect for potlucks or large gatherings because it can and should be made ahead. 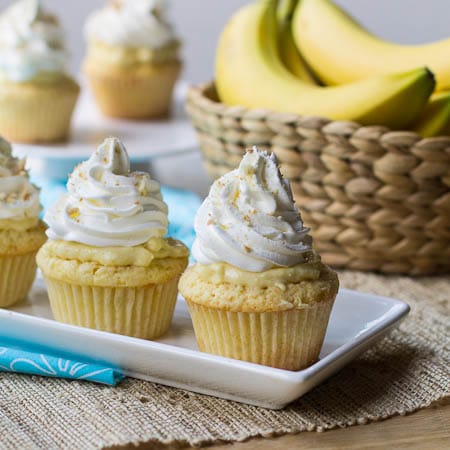 These Banana Pudding Cupcakes are cool, creamy, and dreamy just like banana pudding. They will make your eyes roll back in your head as you savor every delicious bite.

They start off with a super moist and delicious vanilla cupcake which is hollowed out and filled with vanilla wafer crumbs and a creamy pudding made richer with cream cheese and sweetened condensed milk, and studded with fresh banana pieces. It’s all topped off with some sweetened whipped topping. Your taste buds won’t know what hit them! 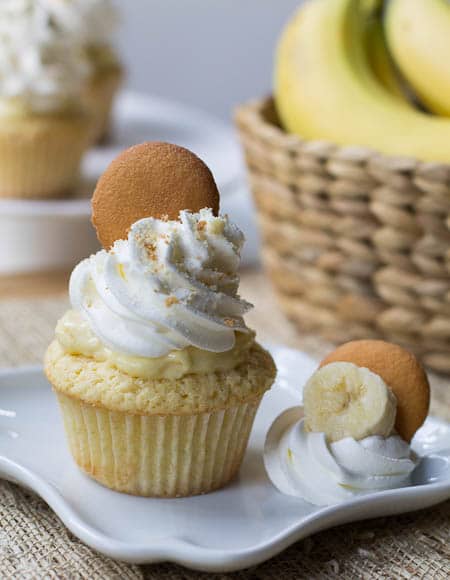 Try these other Banana Pudding Recipes:

Watch the short video below to see how to make this recipe: 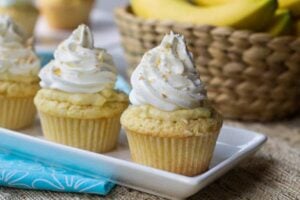