Spicy Melting Potatoes are wonderfully crispy on the outside and creamy on the inside with lots of spicy kick. Amazingly flavorful! 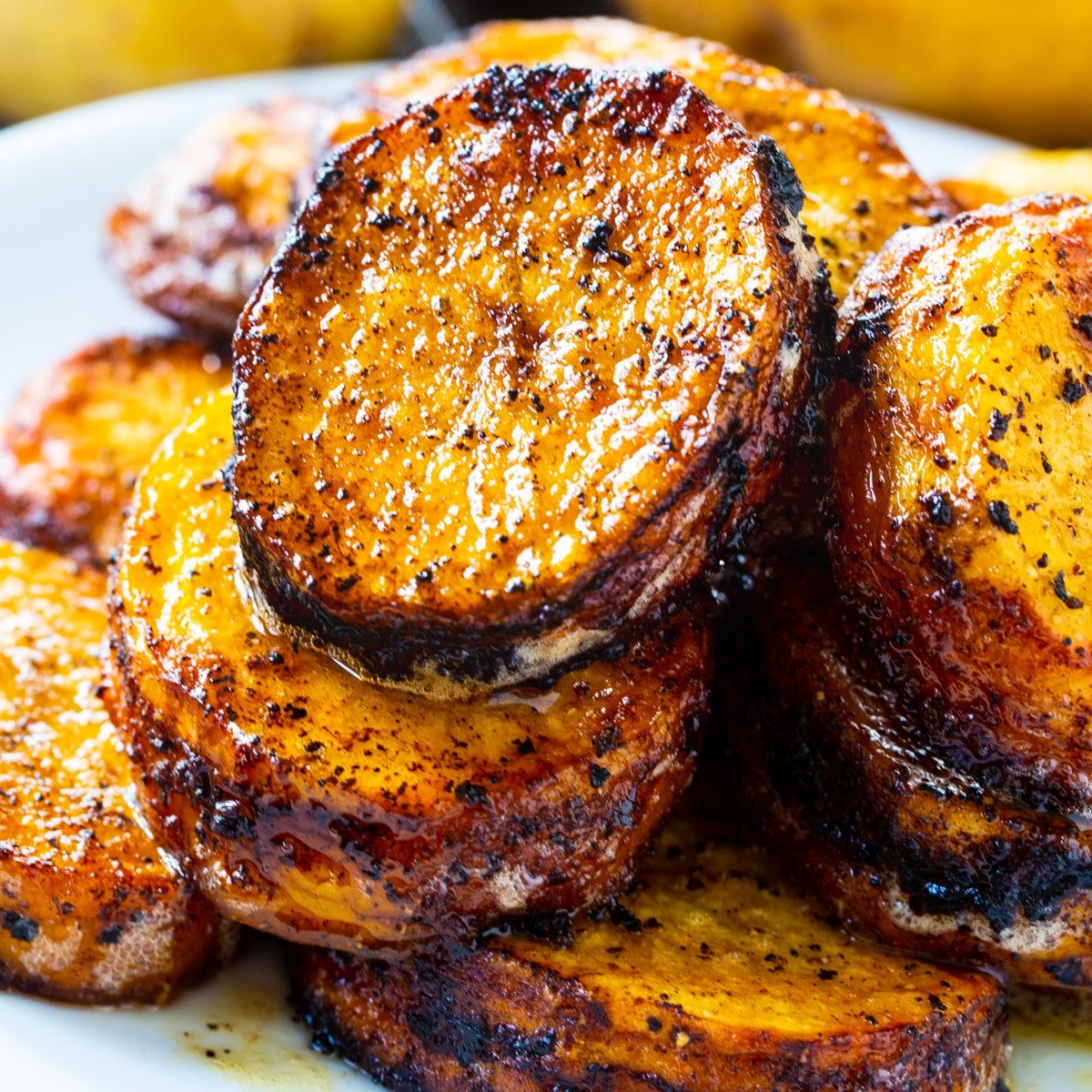 If you’re a spicy food lover, these Spicy Melting Potatoes are a must try.

This recipe for Melting Potatoes  is one of the most popular recipes on Spicy Southern Kitchen. People can’t believe how delicious these potatoes are. I wanted to make a spicy version of melting potatoes and I think they turned out wonderfully.

I used a slightly different cooking method, starting them in a cast iron pan with oil and melted butter on the stove to really kick start the browning process. 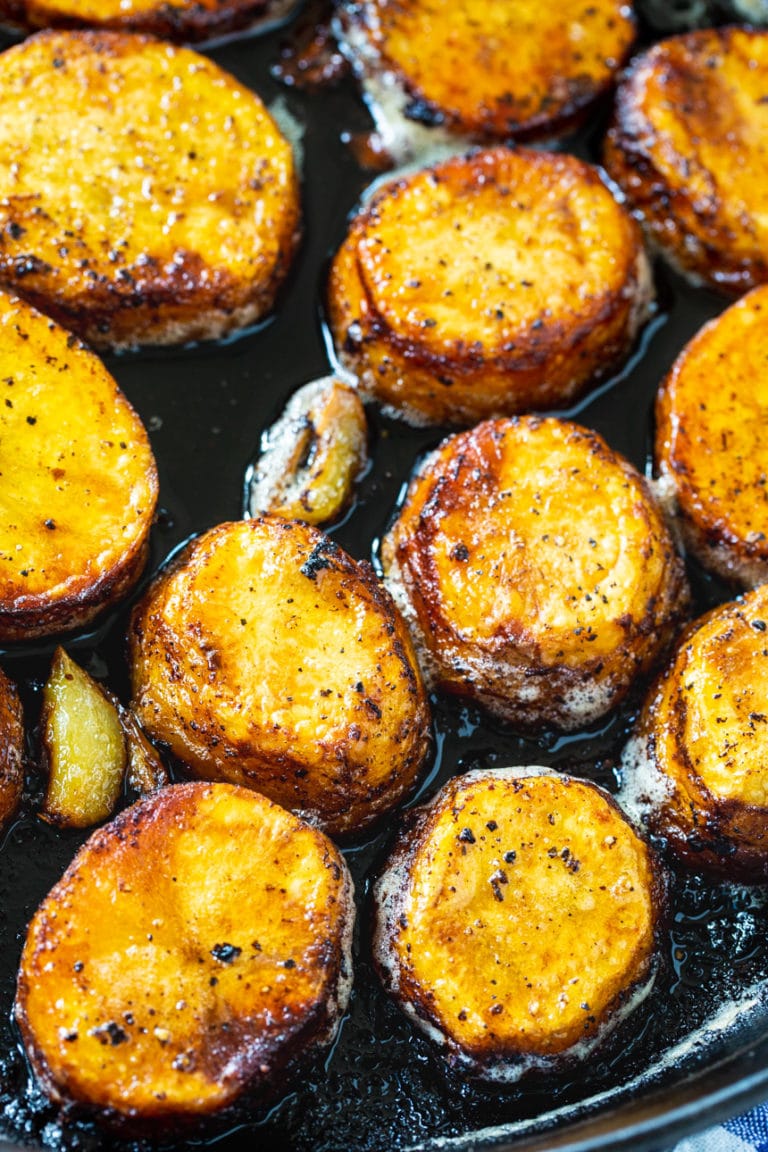 I drizzled them with more butter mixed with cayenne pepper and a little honney for sweetness before placing them in the oven. Halfway through the baking time, the potatoes get flipped over and some chicken broth and garlic get added to the pan.

The flavors are kept simple here because the real winner is the texture of the potatoes. For best results, I like to use Yukon Gold potatoes, but Russet potatoes could also be used.

The potatoes are cut in fairly thick slices and the outsides get wonderfully golden and crispy by the time the inside gets soft. The chicken broth adds just the right amount of flavor to the potatoes. For an even stronger flavor, try using beef broth.

This is a potato side dish you will turn to again and again. 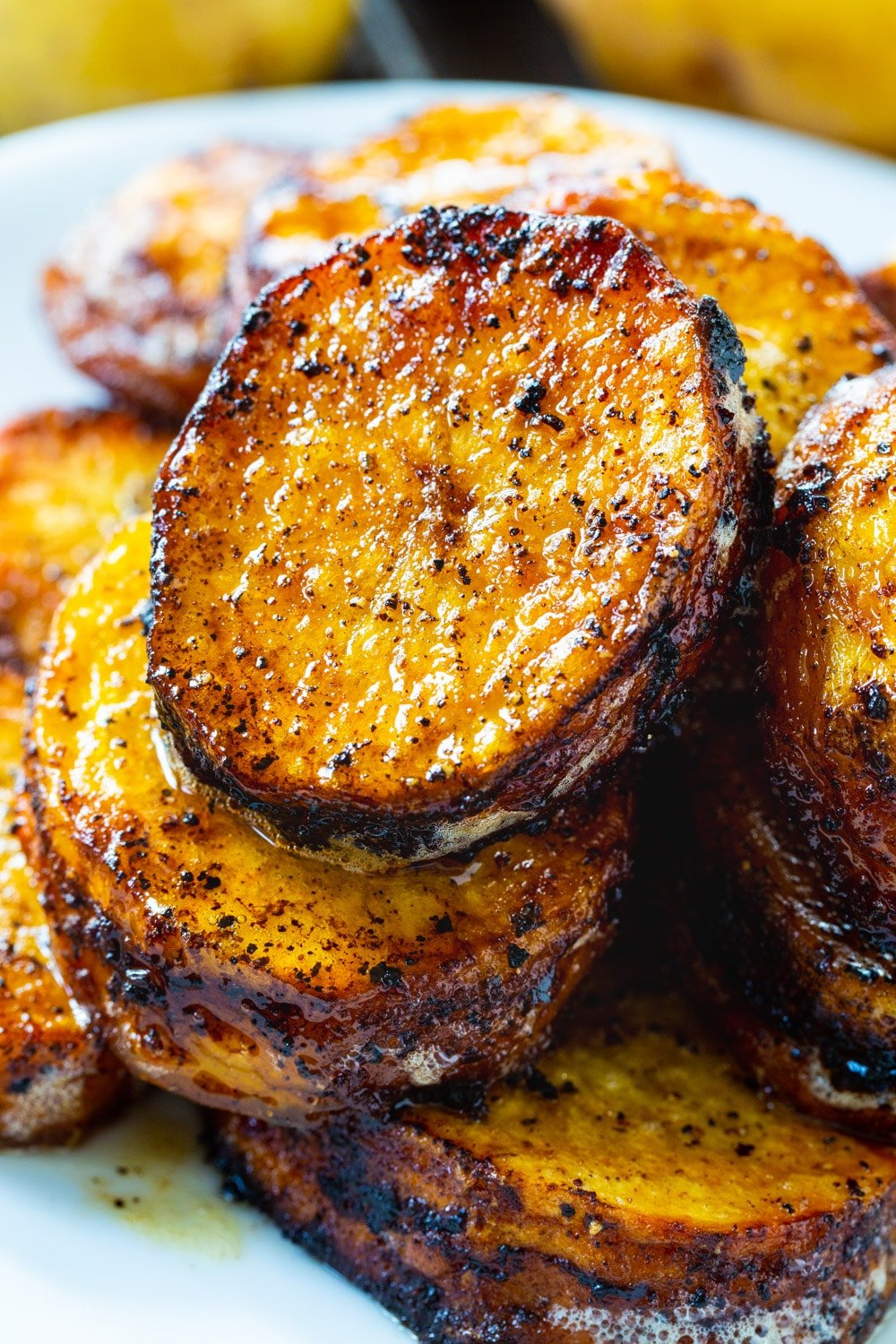 Beef broth can be used instead of chicken broth. 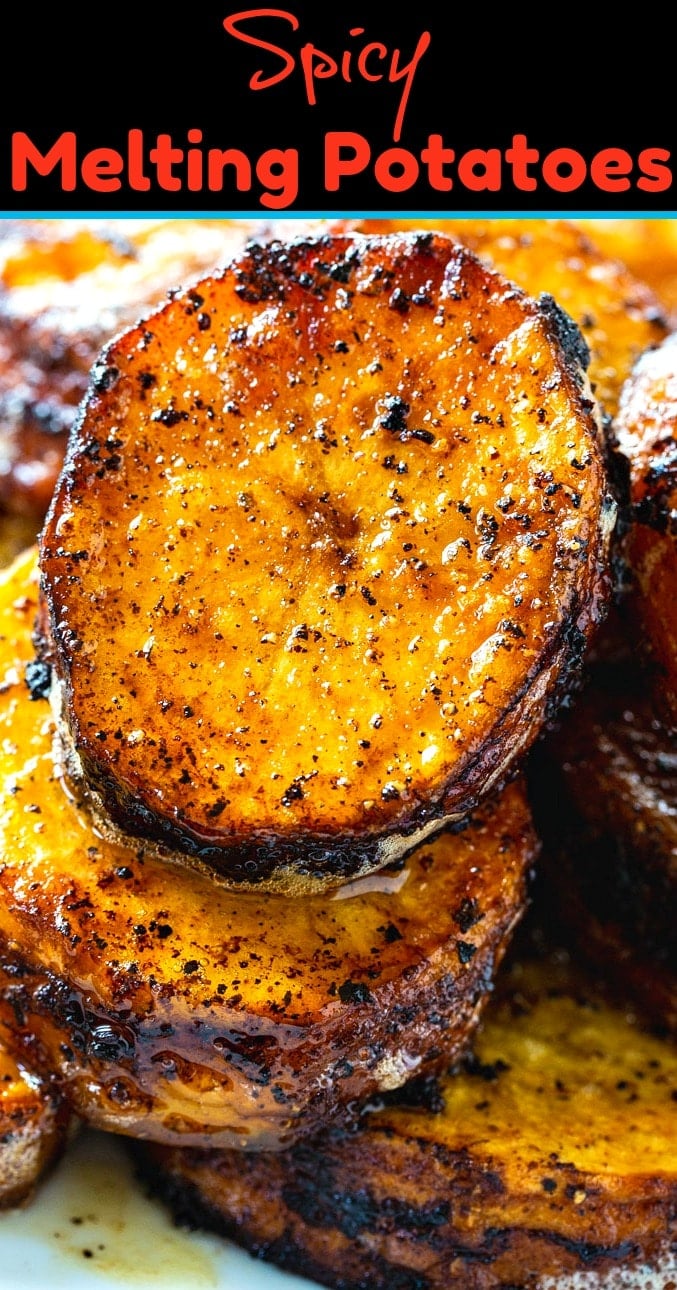