Slow Cooker Brown Sugar and Cola Glazed Ham- this ham is so tender, delicious, and wonderfully flavored after cooking in the crock pot all day. Only 5 ingredients and 5 minutes of prep time needed to make this amazing holiday ham. 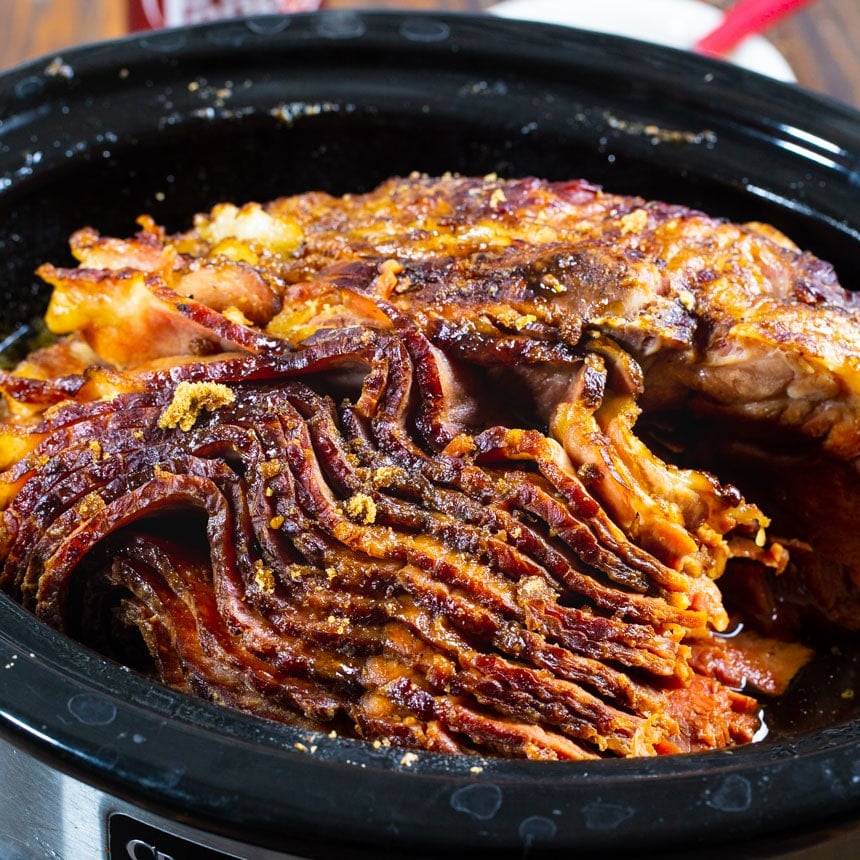 It’s such a huge destressor to cook part of a holiday meal in a slow cooker to free up oven space. And when you cook a ham in the slow cooker, there’s no need to worry about it drying out.

The glaze is a simple mixture of cola, brown sugar, ground mustard, and pepper. You’ll pour it over the ham, cover the slow cooker and cook on HIGH for 1 hour. Then you’ll rub 1/2 cup of brown sugar on the top of the ham. It will form a little bit of crust on the ham. Cook on LOW for 4 to 5 hours.

What type of ham to use?

You want a fully-cooked, bone-in ham for this recipe. It should be about 8 to 9 pounds. I prefer a spiral-cut ham. The glaze works its way down into the cracks between the slices. If your ham is not pre-sliced, take a sharp knife and scrore it in a diamond pattern. This will help trap some of the glaze.

What to do if the ham doesn’t fit in your slow cooker?

If your ham is too big for your slow cooker, you can strategically cut some of it off. Then when you get the ham in the crock pot, you can stuff the pieces you cut off into the voids around the ham. 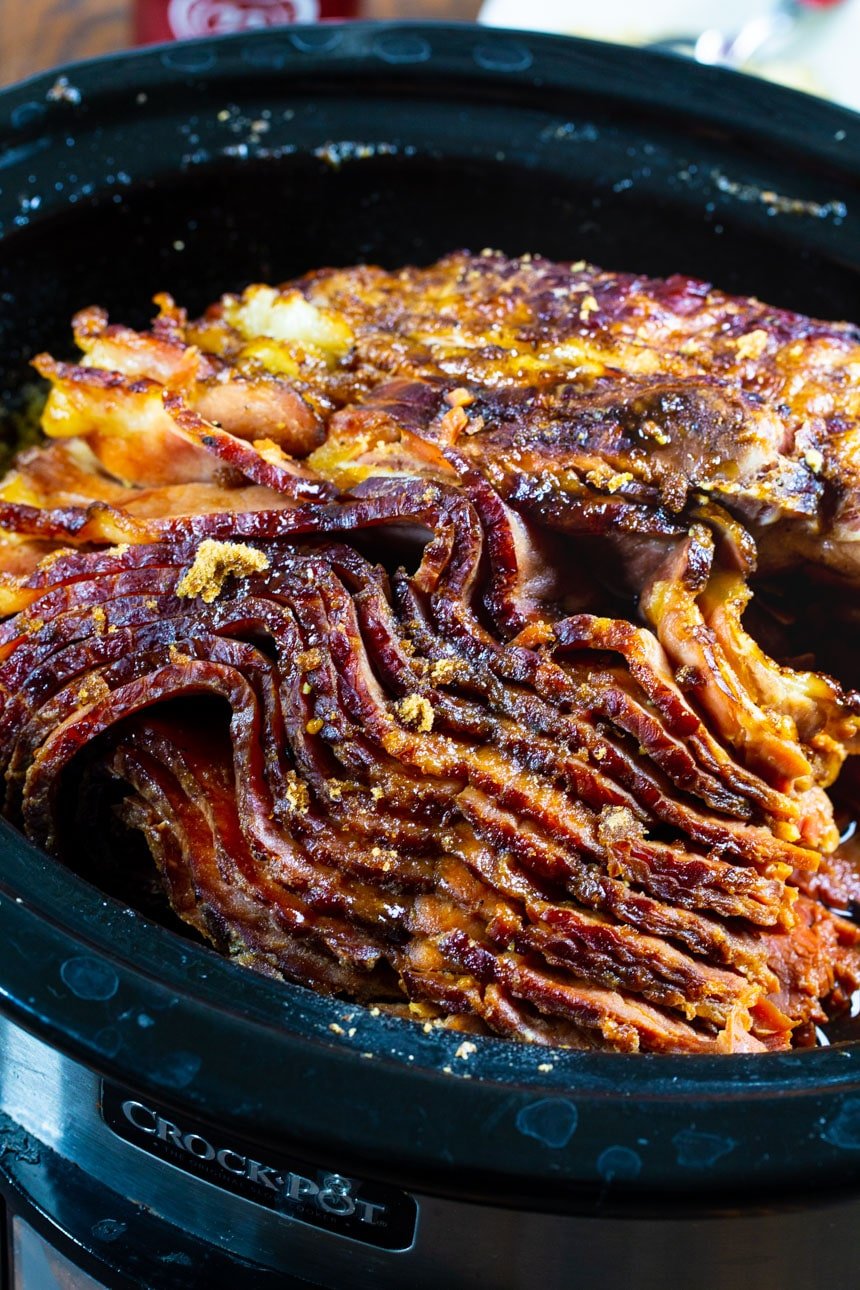 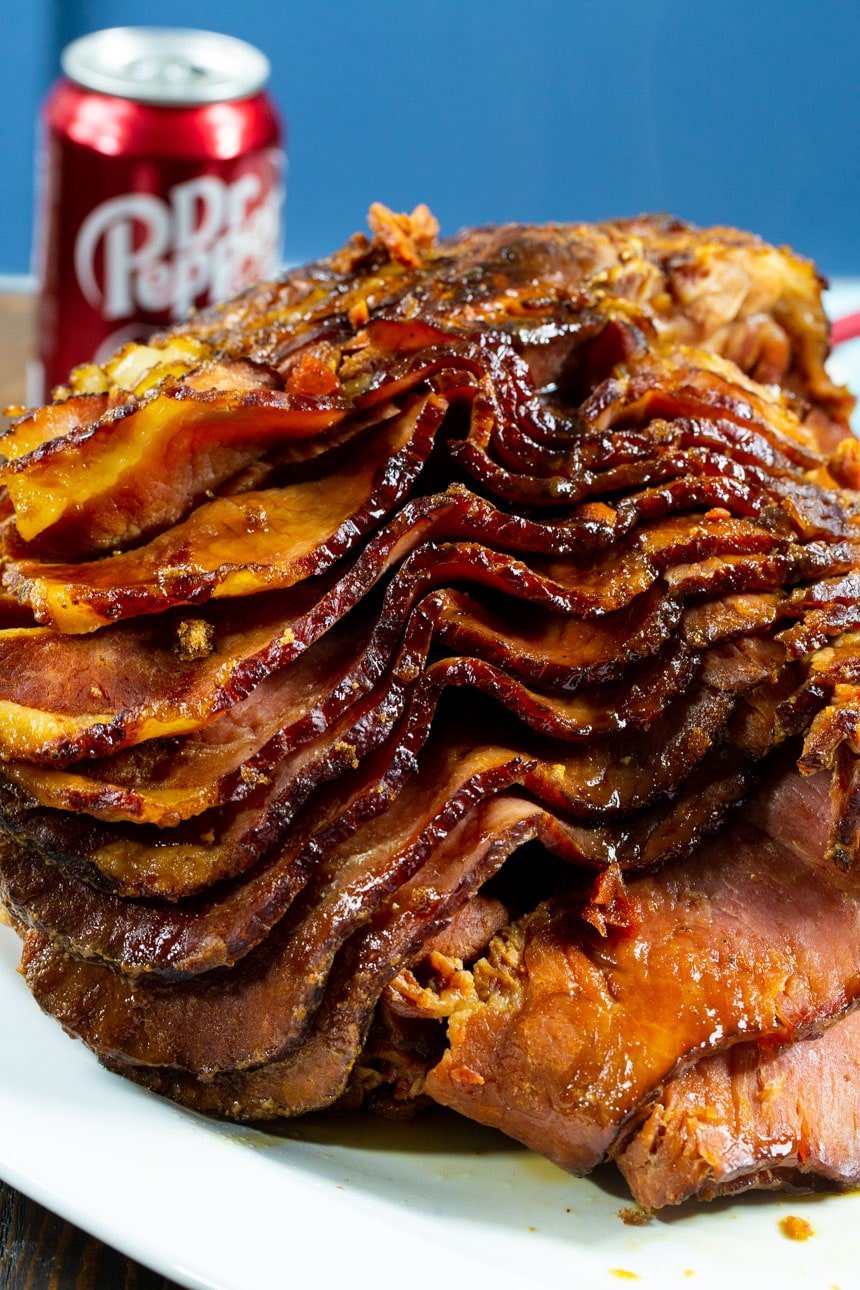 Have Leftover Ham? Try one of these recipes. 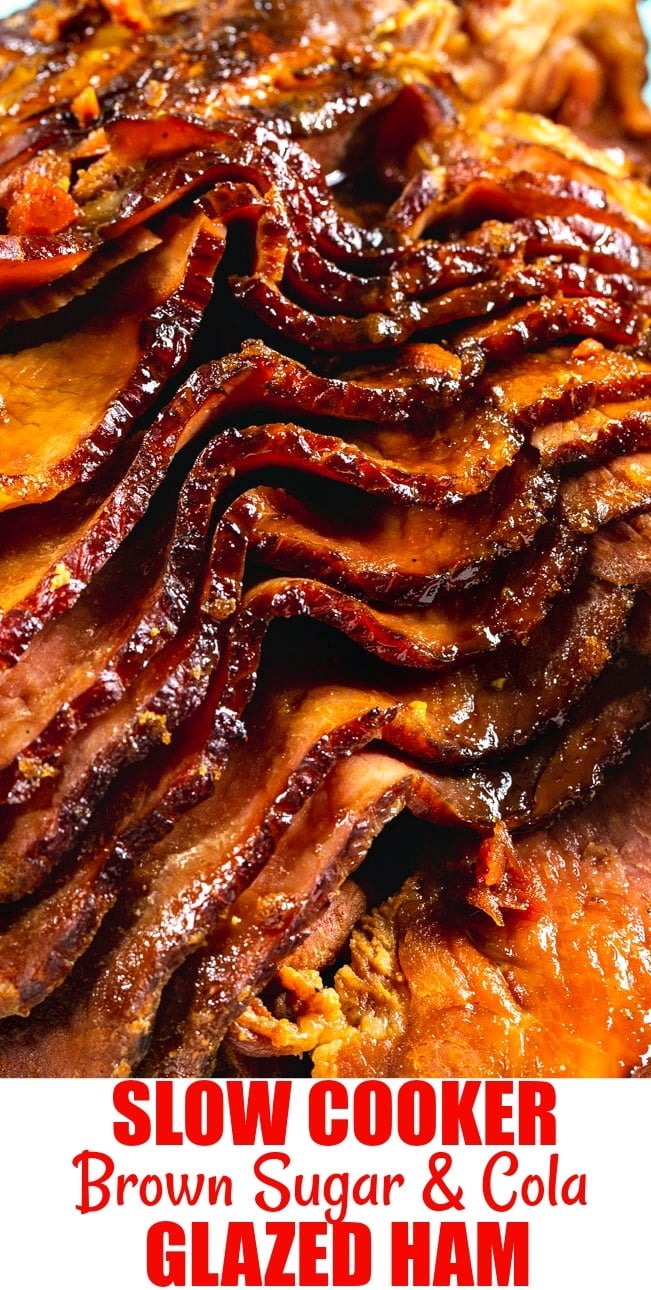 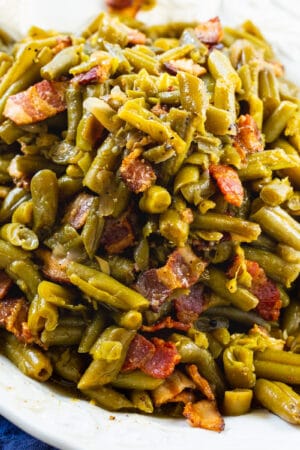