This made from scratch Cheesy Ham and Potato Chowder is thick and creamy and the perfect way to breathe new life into your leftover ham. Bacon, carrots, onion, and potato make this one hearty and delicious soup! 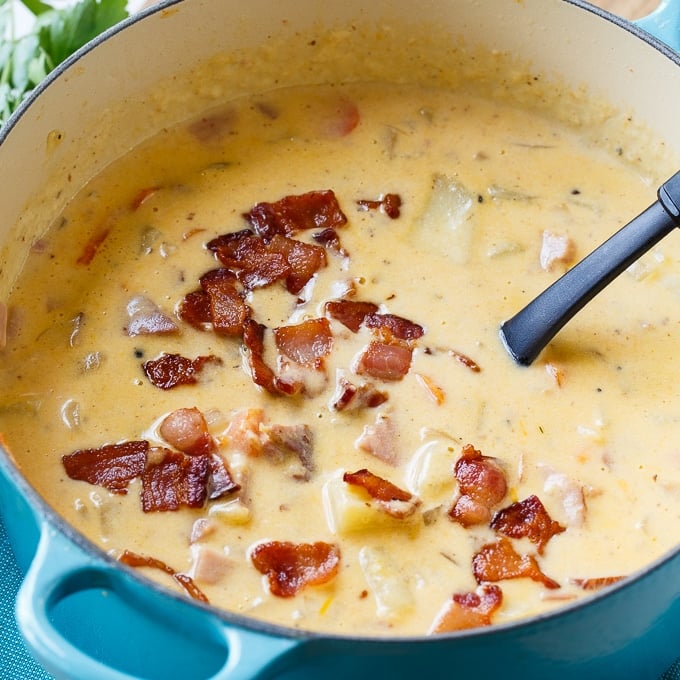 Do you make a ham for the holidays and tend to have leftovers? Well, this soup along with Easy Ham and Cheese Quiche are great for using up bits and pieces of leftover Easter or Christmas ham. Serve with some Buttermilk Cornbread Muffins and you’ve turned a little bit of leftovers into another filling meal. 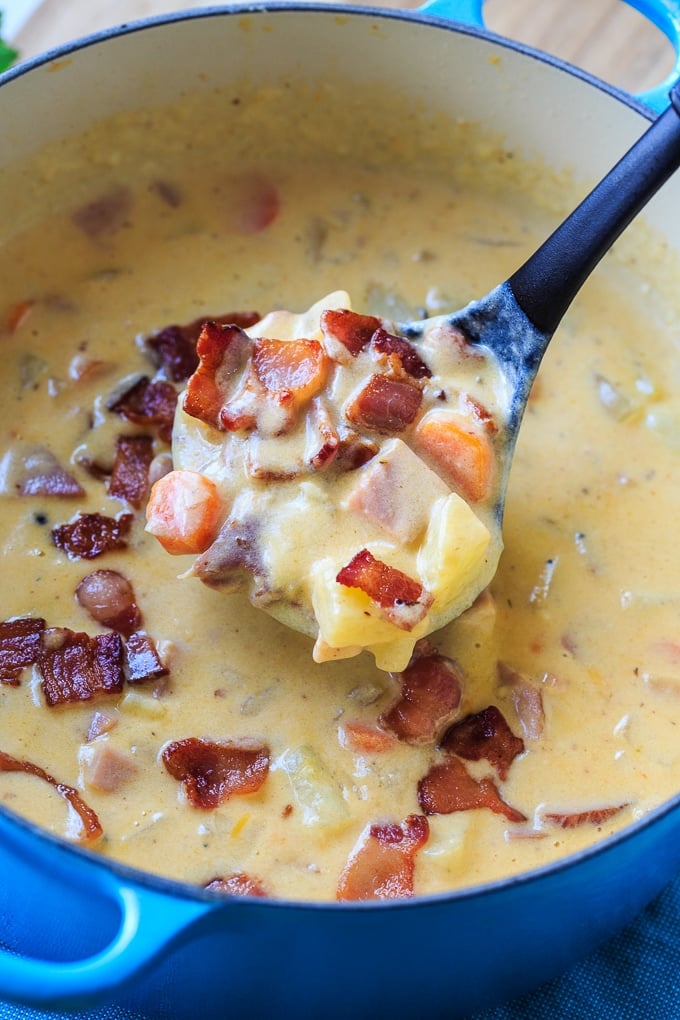 This Cheesy Ham and Potato Chowder has lots of fantastic flavor and it all starts with bacon. Hard to go wrong when you start with bacon.  🙂

The bacon grease gets used to cook some onions and carrots. I love the extra flavor the bacon grease adds and you know we southerners don’t like to put anything to waste!  🙂 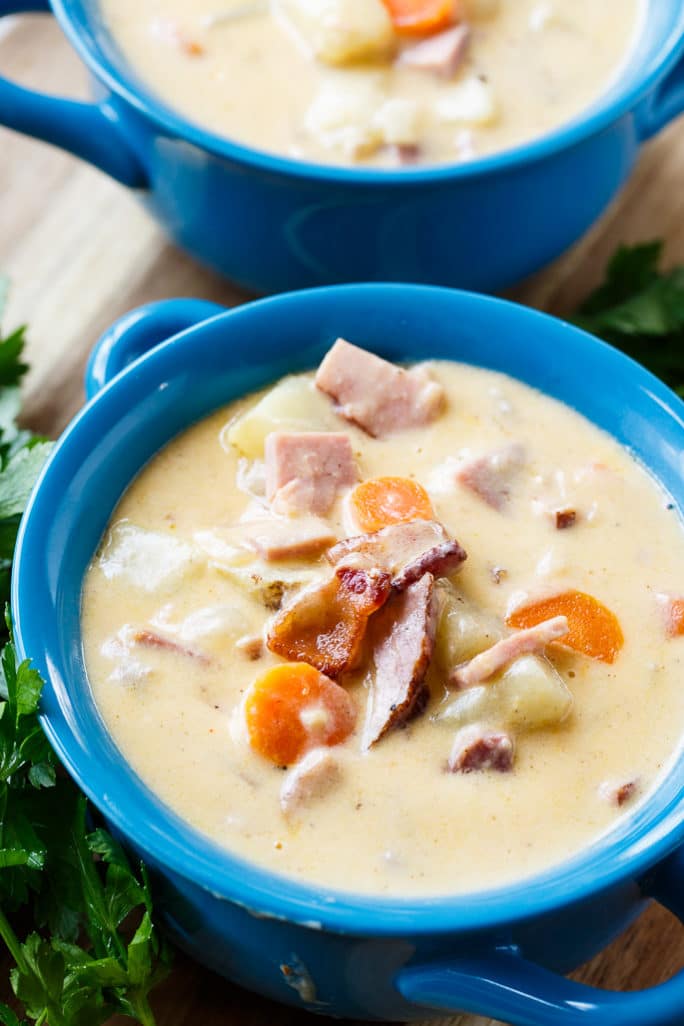 Flour, milk, and water are added plus Better Than Bouillon for flavor, along with garlic powder and white pepper. Some diced russet potatoes are added and simmered until soft.

The ham and cheese gets added just before serving. The cheddar cheese is what really makes this soup as delicious as it is. It’s hard to resist cheesy goodness. Plus it helps give the soup a really thick and hearty consistency.

All said and done, you can have this Cheesy Ham and Potato Chowder on the table in under 30 minutes. 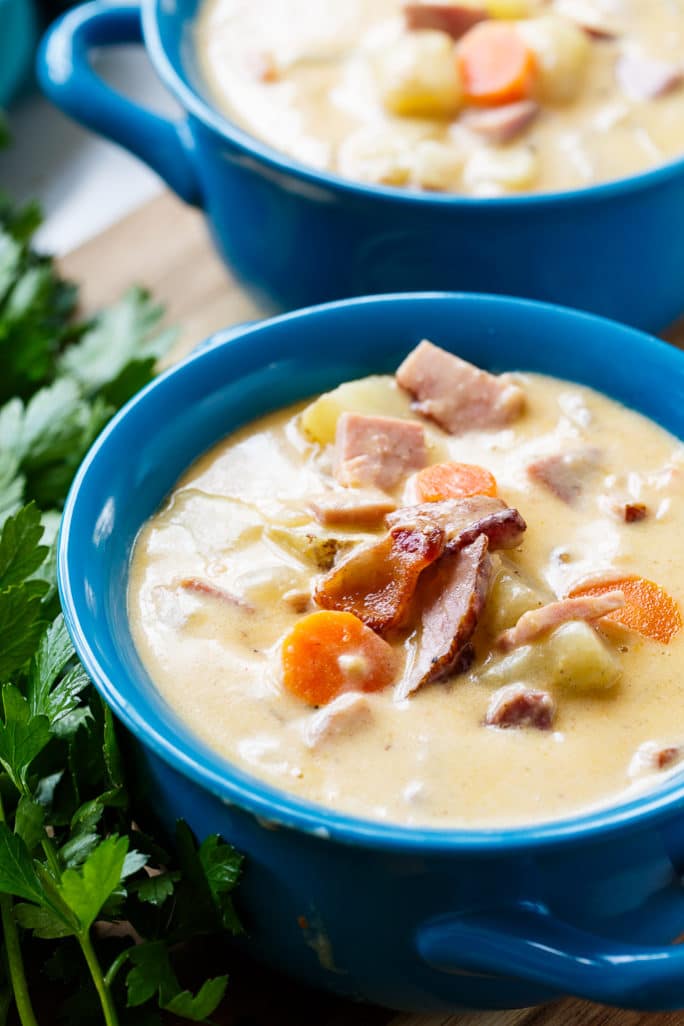 Be Sure to Try These Other Chowder Recipes: 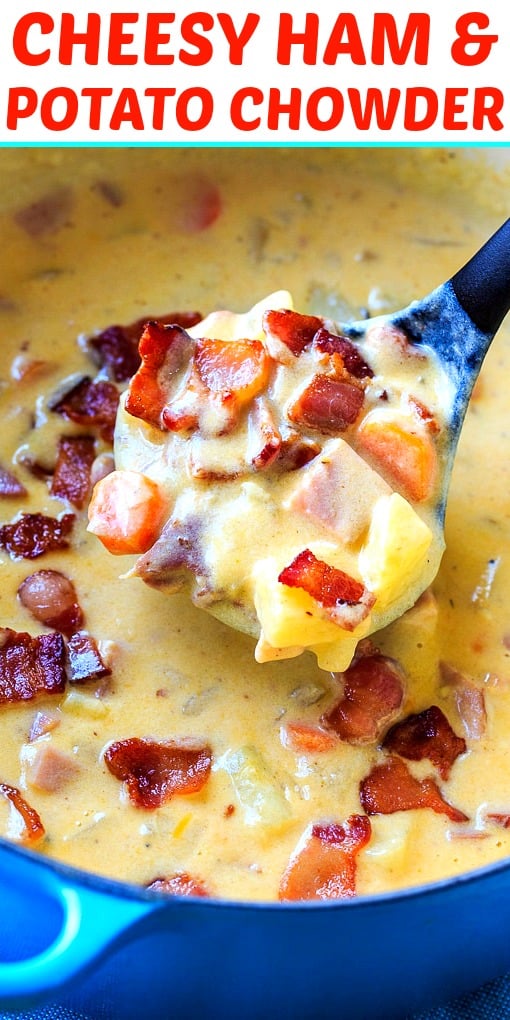 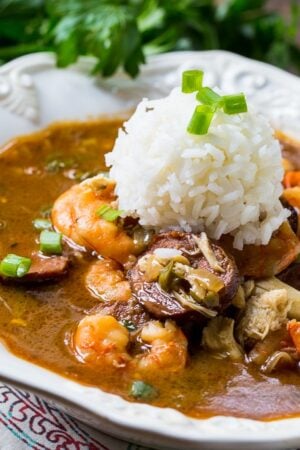 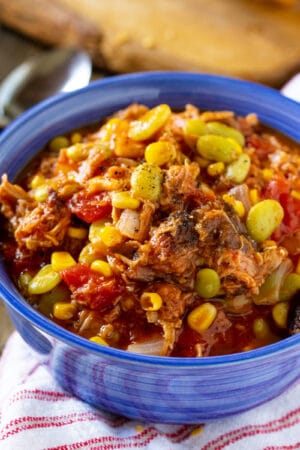 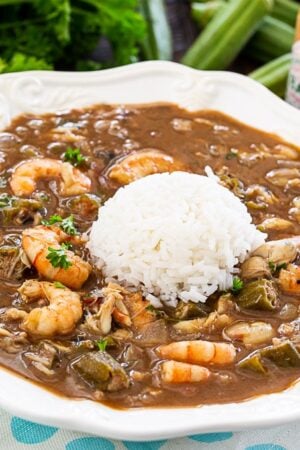