Cajun Shrimp and Corn Chowder is a hearty soup for cold weather with chunks of potato and salty pieces of bacon. Serve with a crusty piece of bread for a comforting cold weather meal. 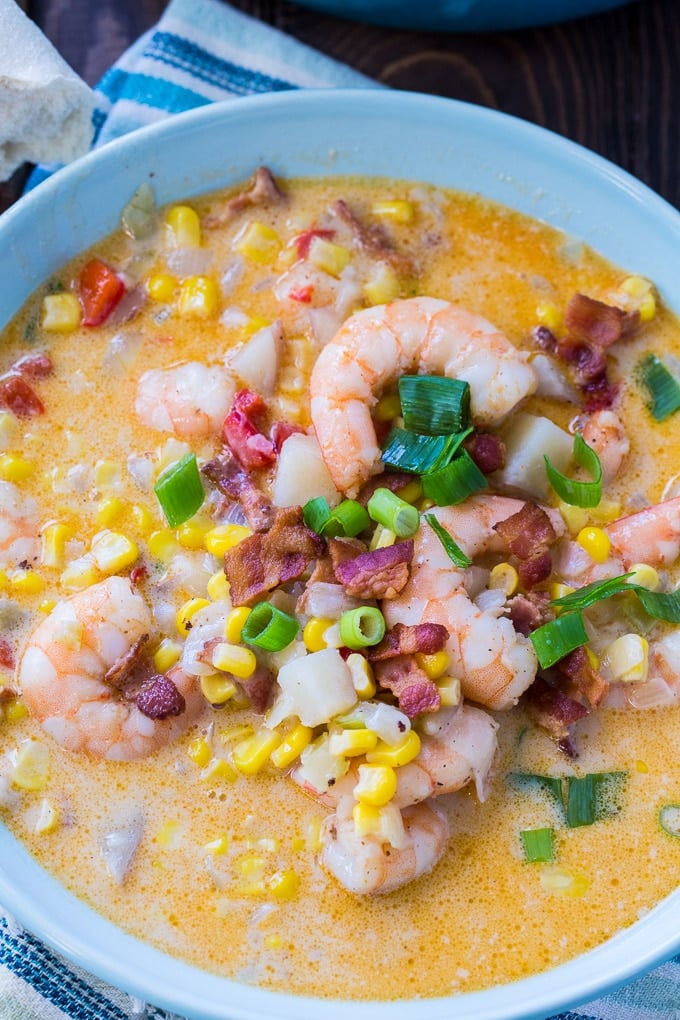 The weather in South Carolina has been absolutely frigid the last few days and I know it is even colder in many areas of the country. Defintely soup weather!!

When it comes to soups I favor thick, hearty, and creamy chowder-type soups and shrimp and corn is probably my favorite combination. This Cajun Shrimp and Corn Chowder is also spicy so it will really warm you up! 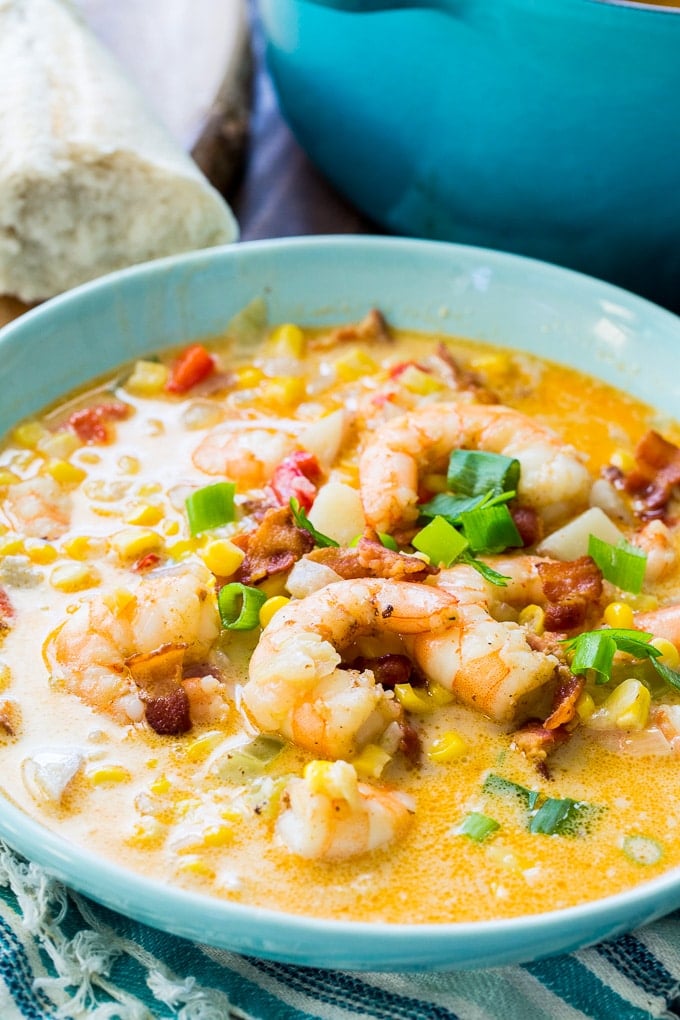 And of course corn is one of the best complements for shrimp. In the winter, when corn is out of season, use frozen corn. But fresh corn is even more delicious if it is available. The corn gives just a touch of sweetness to contrast the spiciness of the cajun seasoning and the saltiness of the bacon. 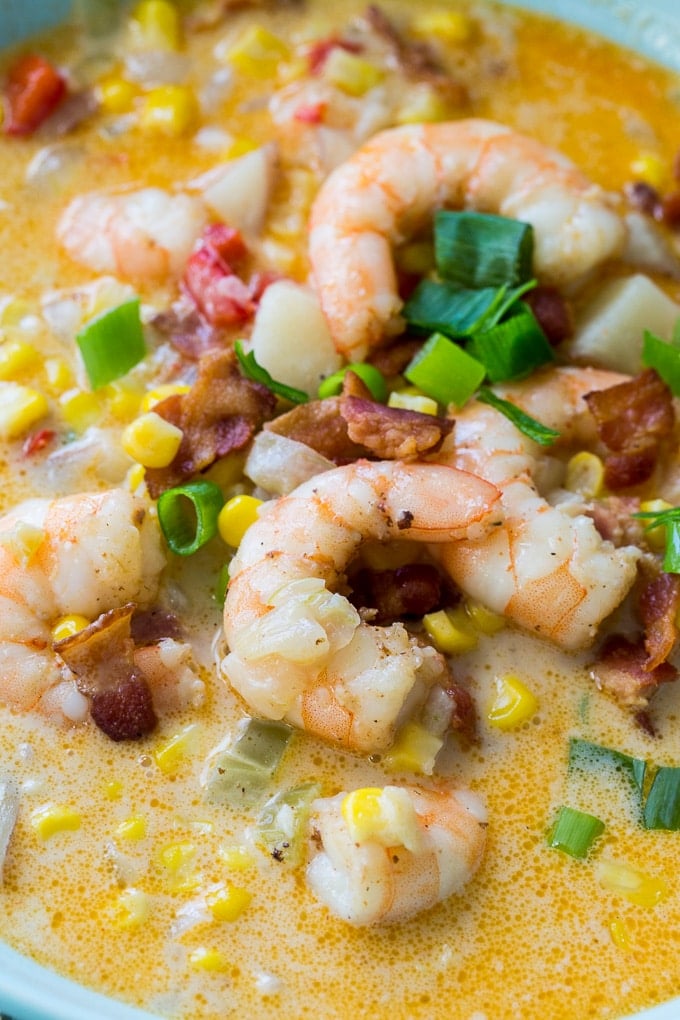 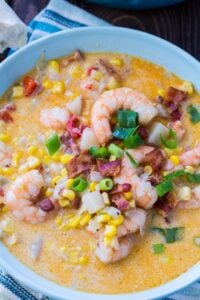 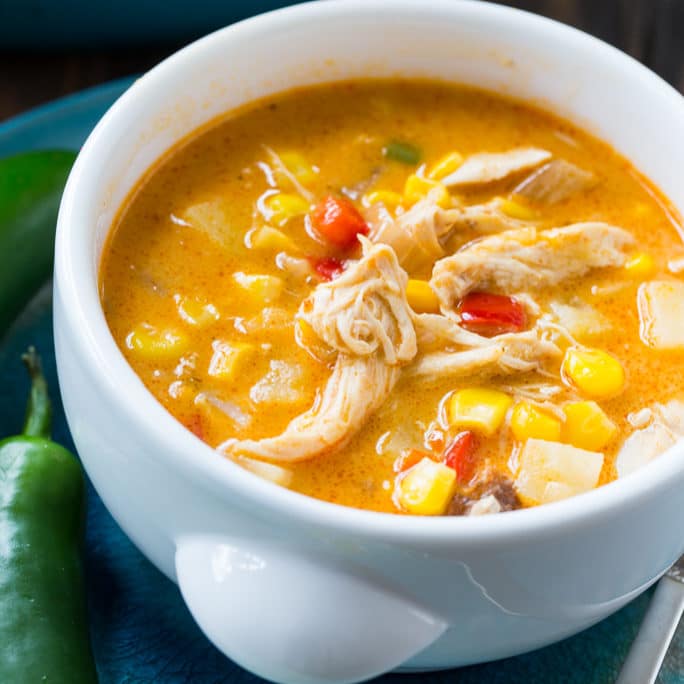