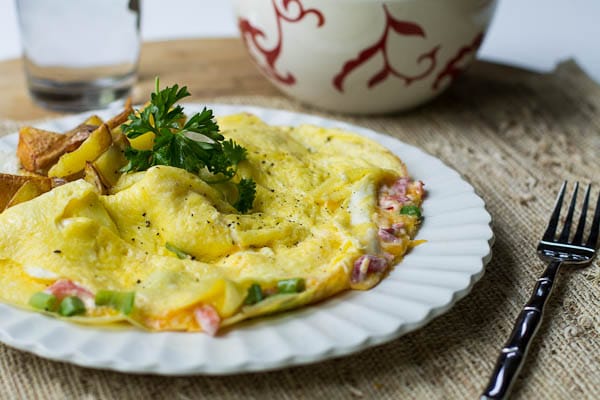 Pimiento Cheese is one of the most beloved foods in the south. It’s our version of pate. Granted, it’s  much humbler and  less sophisticated than pate, but southerners are ones to like simple, feel-good foods without any airs. 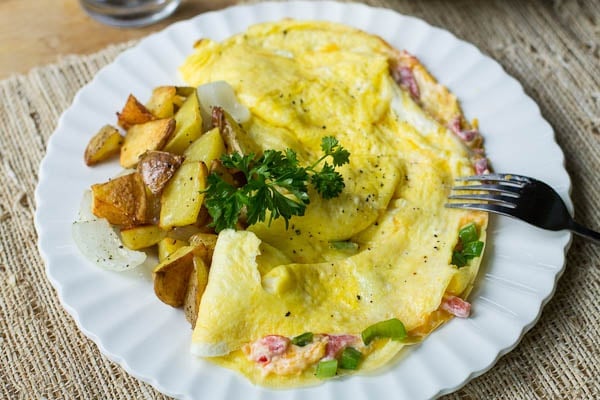 Whether used as a spread on crackers, a filling between two squishy pieces of white bread, or as a burger topping, Southerners can’t get enough of this creamy, cheddar cheese mixture. One way I really like to use pimiento cheese is as an omelet filling. It produces and extra creamy and rich version of a cheese omelet. I’ve just made a real simple version using only some pimiento cheese and green onions, but some country ham would taste fabulous too. 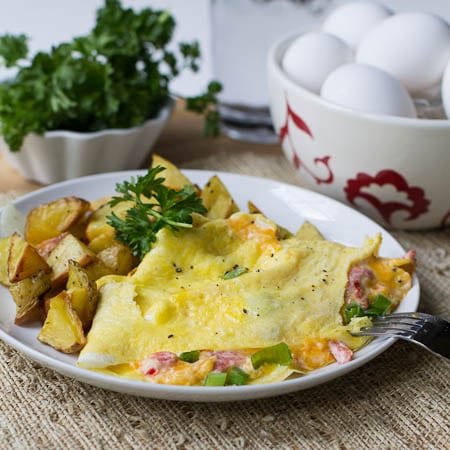 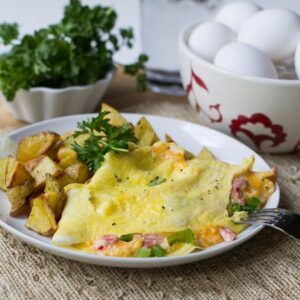