Say hello to Crock Pot Cinnamon Roll Casserole. AKA the most delicious way to eat cinnamon rolls ever. It only takes mintues to prep and cooks up crispy around the edges and gooey in the middle. 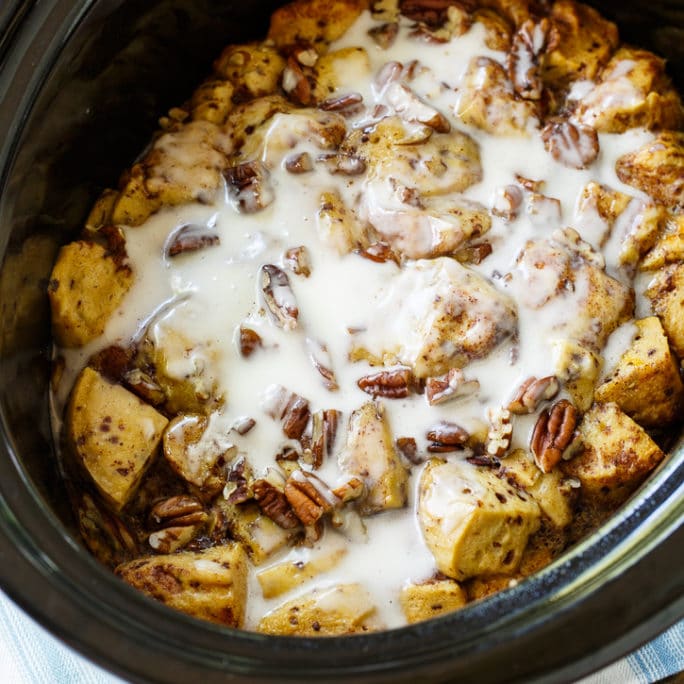 I first saw this recipe on Pinterest several years ago. It was a pin from my friend Cris’s blog Recipes That Crock. It’s originally a recipe from Gooseberry Patch’s Slow Cooker Christmas Favorites. 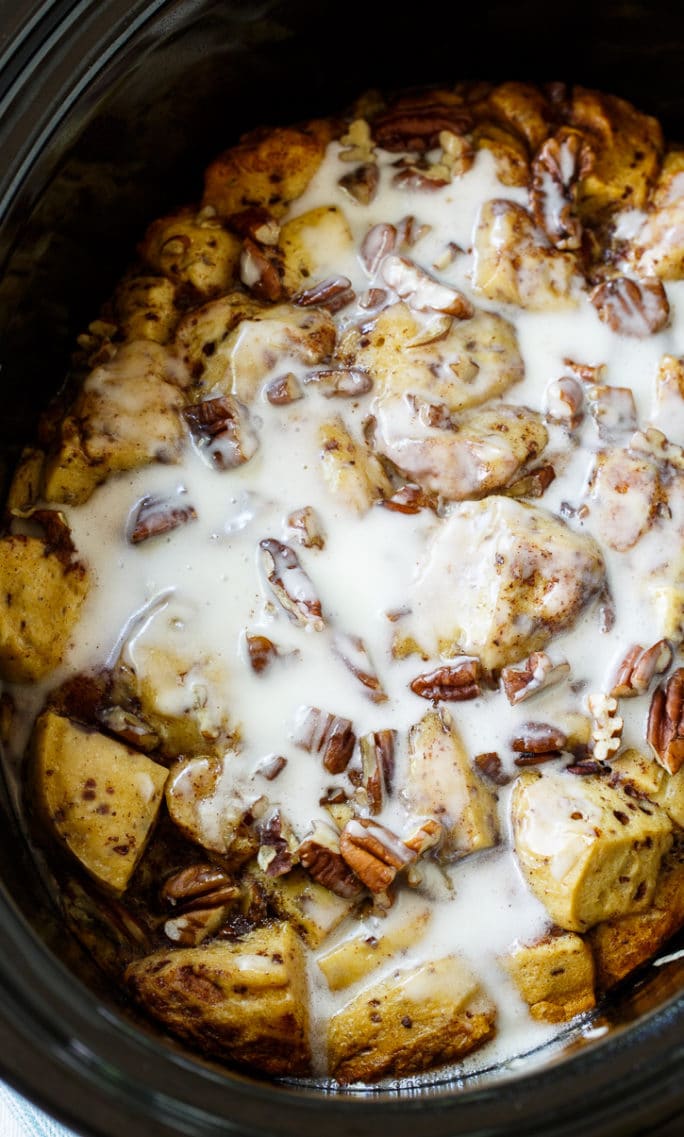 Crock Pot Cinnamon Roll Casserole gets a little bit crispy around the edges but stays a little gooey in the center so you get the best of both worlds.

As a child my brother’s favorite breakfast was Pillsbury Cinnamon Rolls. My mother would make them for him all the time.

This recipe is so easy to make using those same refrigerated cinnamon rolls. Each unbaked cinnamon roll is cut in quarters and mixed with an egg, maple syrup, and half-and-half mixture. Almost like a cinnamon roll bread pudding. 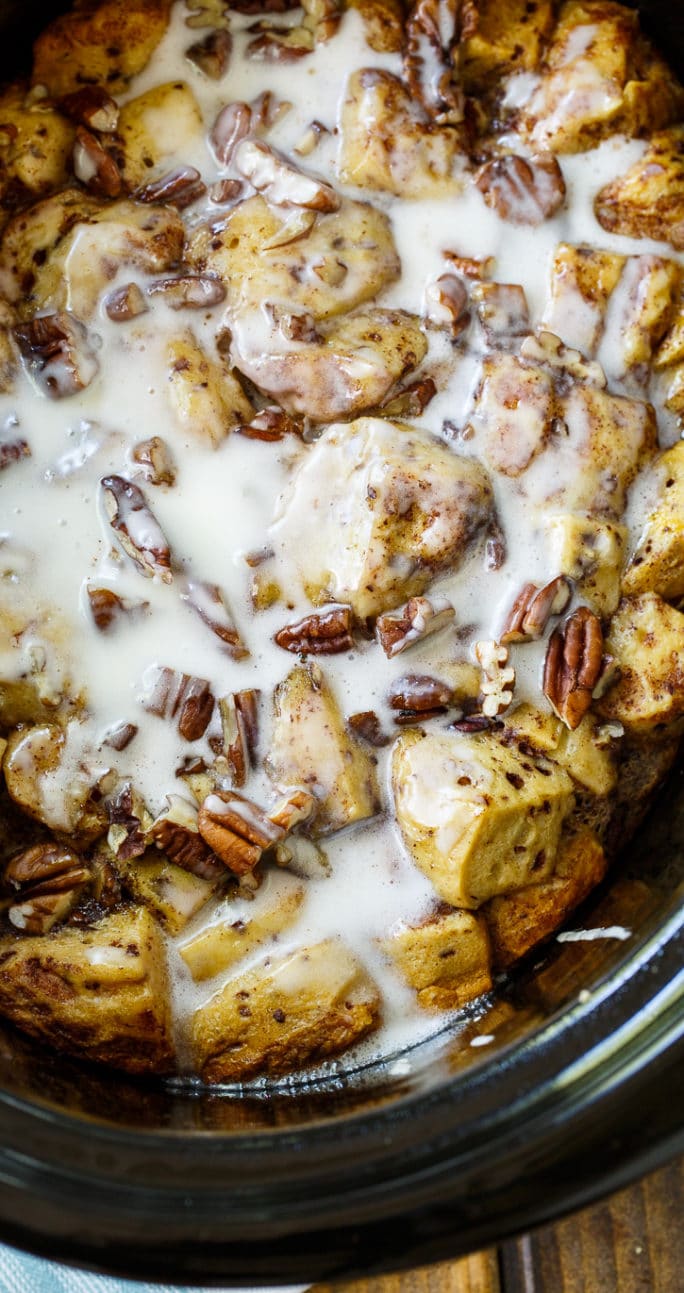 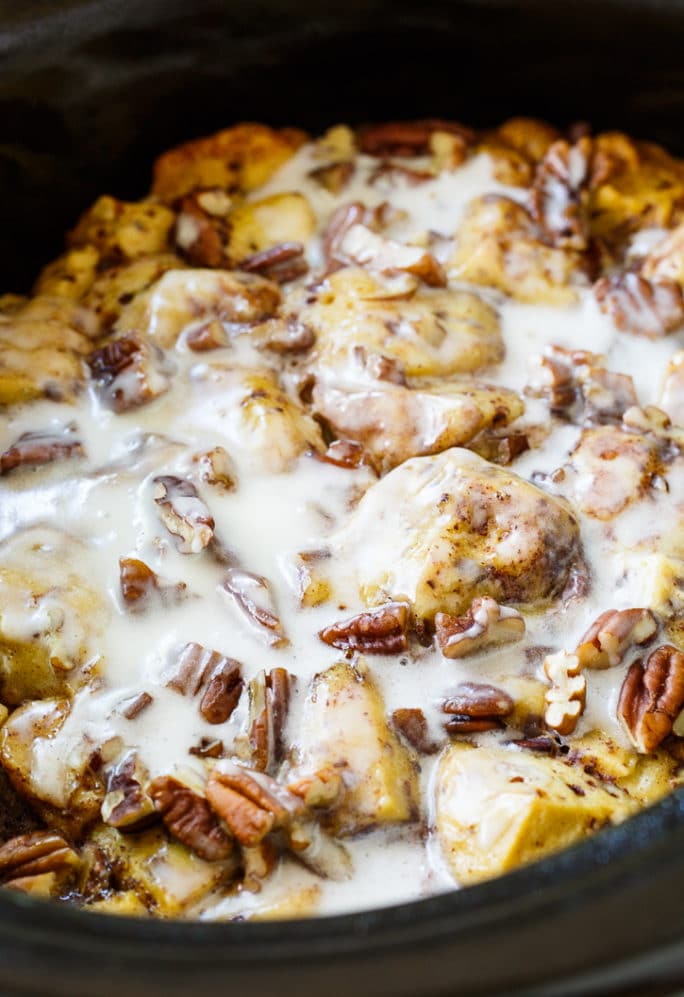 I adapted the recipe somewhat, using one less egg, a little more nutmeg, half-and-half instead of whipping cream, and I added a few pecans.

The result is a super delicious breakfast casserole that is perfect for the holidays. Or any day.  🙂 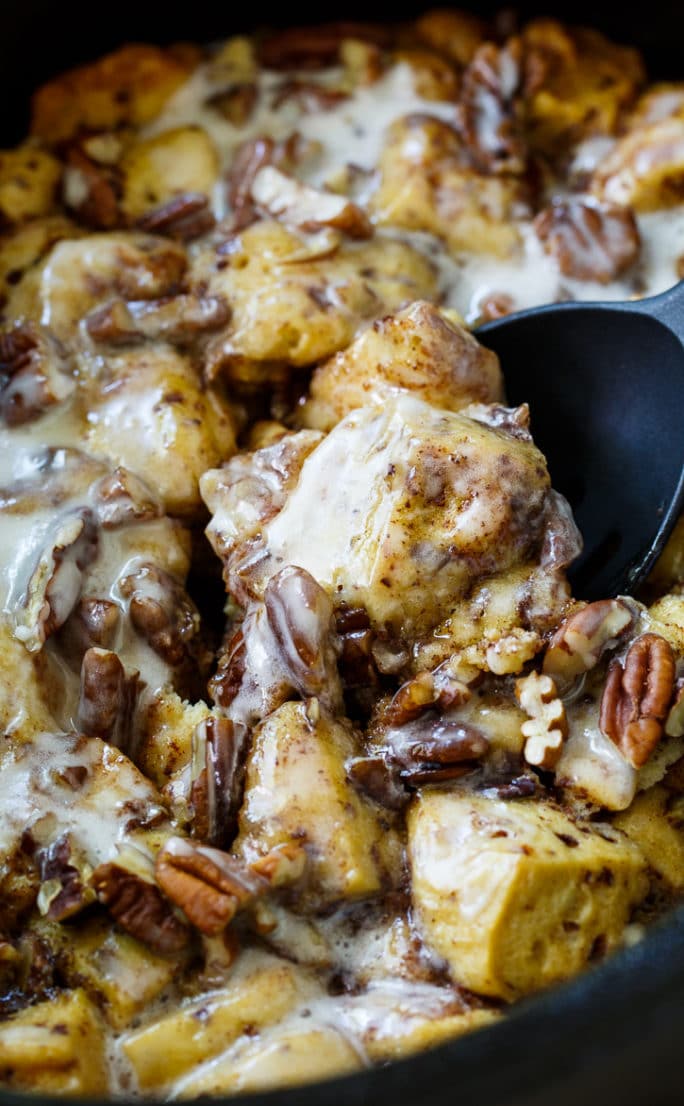 Watch the short video below to see how to make this recipe.

Recipe adapted from Recipes That Crock

This recipe was originally published December 30, 2016. 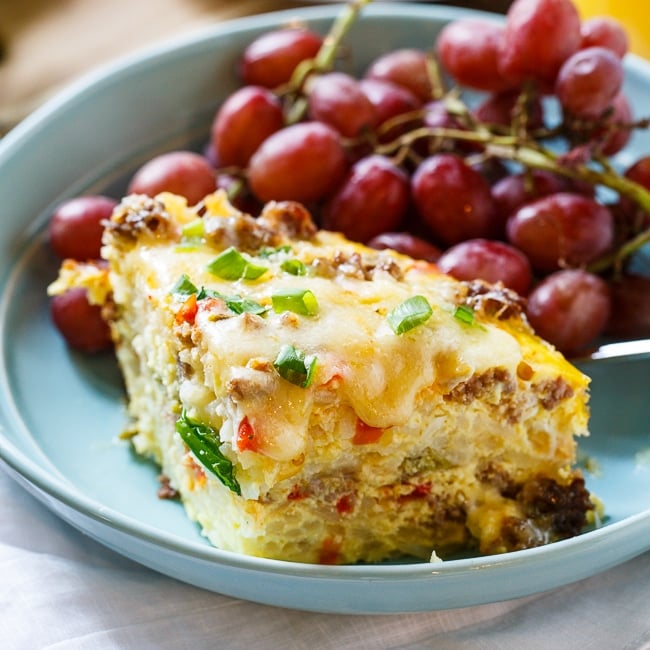 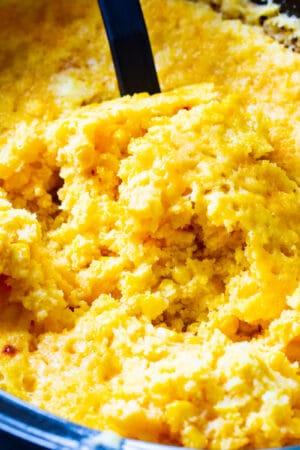