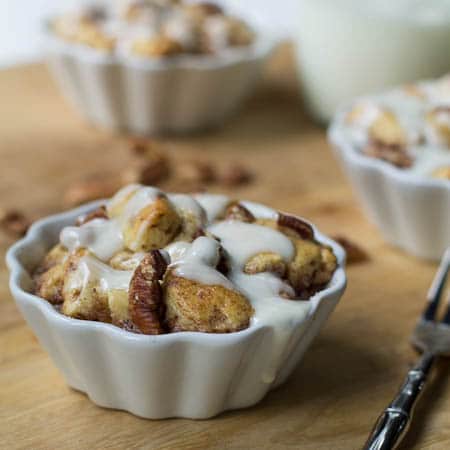 Like your cinnamon rolls a little undercooked and gooey in the center? This is the perfect dessert for you. 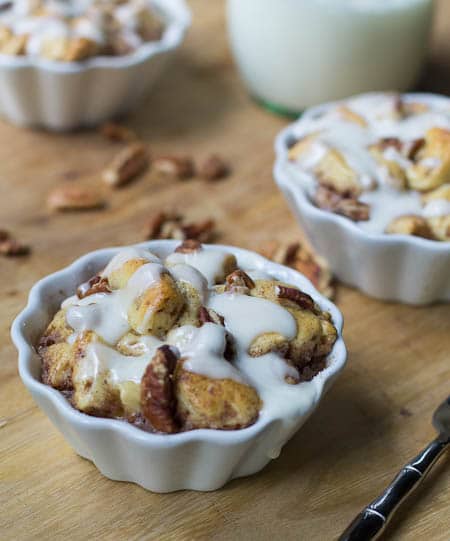 It’s like a whole bowl full of the center part of a cinnamon roll. Served warm from the oven with crunchy pecans, and a sweet icing drizzle, this is a treat to savor in small spoonfuls.

This recipe uses refrigerated cinnamon rolls, making it a cinch to prepare. And since it is cinnamon roll based, it’s multifunctional. You can pass it off for breakfast, brunch, or dessert. I don’t think you’ll hear any complaints.

Make them in individual ramekins so no one complains about not getting their fair share. They could also be made in a casserole dish, but they won’t be nearly as cute. Just increase the cooking time some. 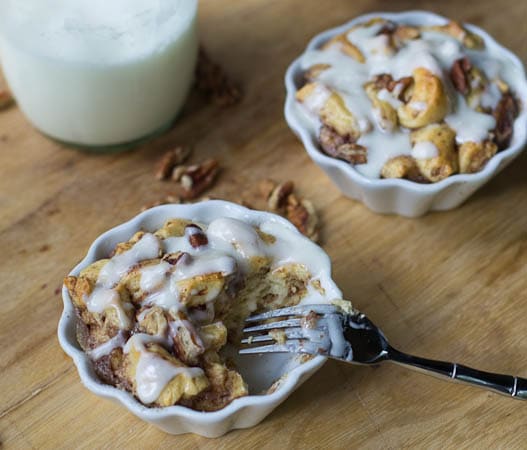 The last couple of times I’ve made refrigerated cinnamon rolls, I’ve so undercooked them, they were completely raw in the center and soft and gooey towards the outside. It totally disgusted my kids who will pretty much no longer eat cinnamon rolls. But I like them that way.

And now I’ve found the perfect way to get my gooey cinnamon roll fix. 🙂 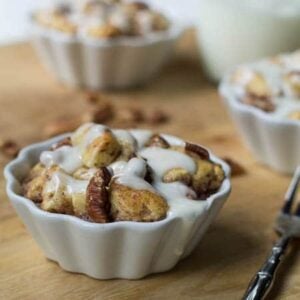 Recipe Source: adapted from Taste of the South 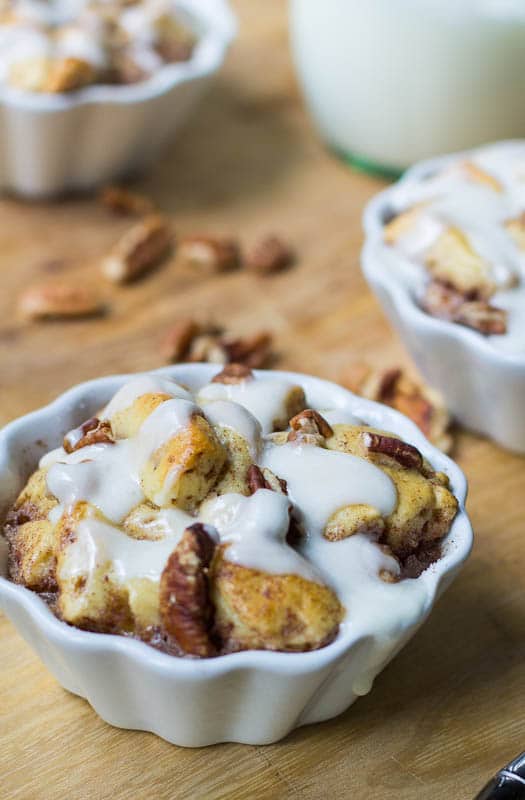