S’mores Skillet Brownie consists of a rich and fudgy brownie studded with graham cracker pieces and chopped Hershey Bars. The brownie is topped with a layer of gooey toasted marshmallows and more Hershey bar pieces. All the flavor of s’mores but no campfire needed! 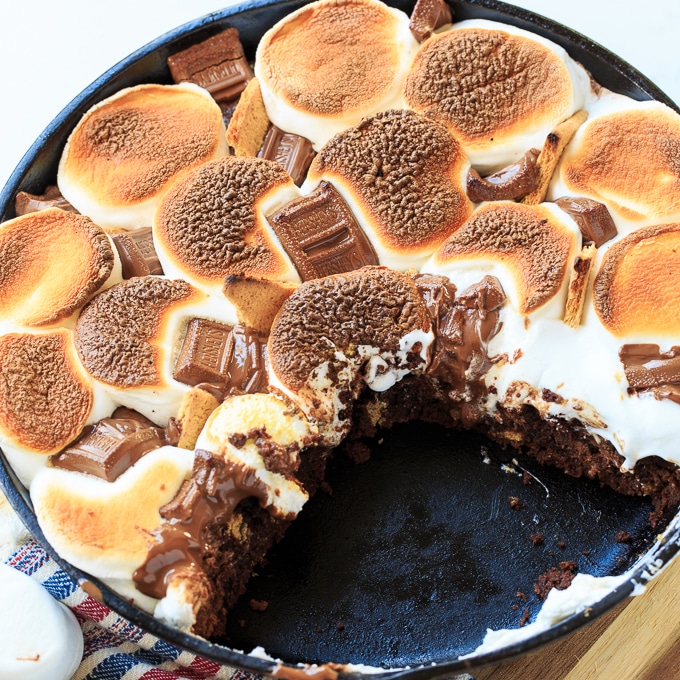 They are the perfect brownies for a summer cookout. Also great served with a glass of warm milk for an afternoon snack.

I never get tired of brownies. They are my ultimate weakness. So much chocolaty goodness. 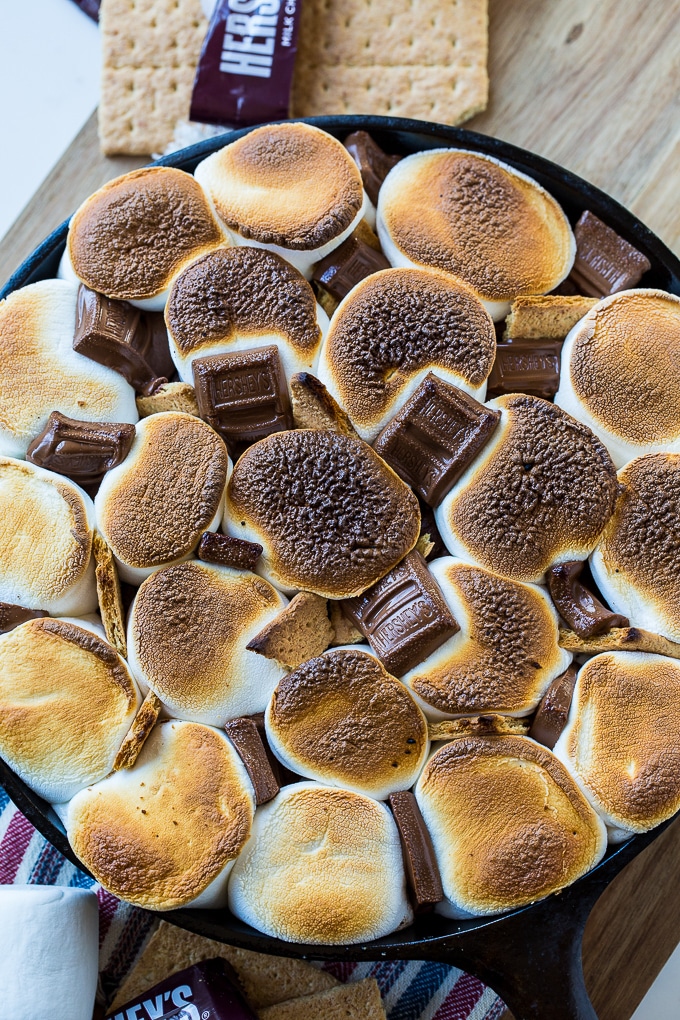 As a bonus, if you make them in a cast iron pan, they can be cooked right on the grill. So no need to go in the kitchen if you’re having an outdoor cookout. Just set the gas grill to 350 degrees. If you want the marshmallows to be toasted, you will need to pop them in the oven under the broiler to get that wonderful charred flavor. Or you can use a blow torch. 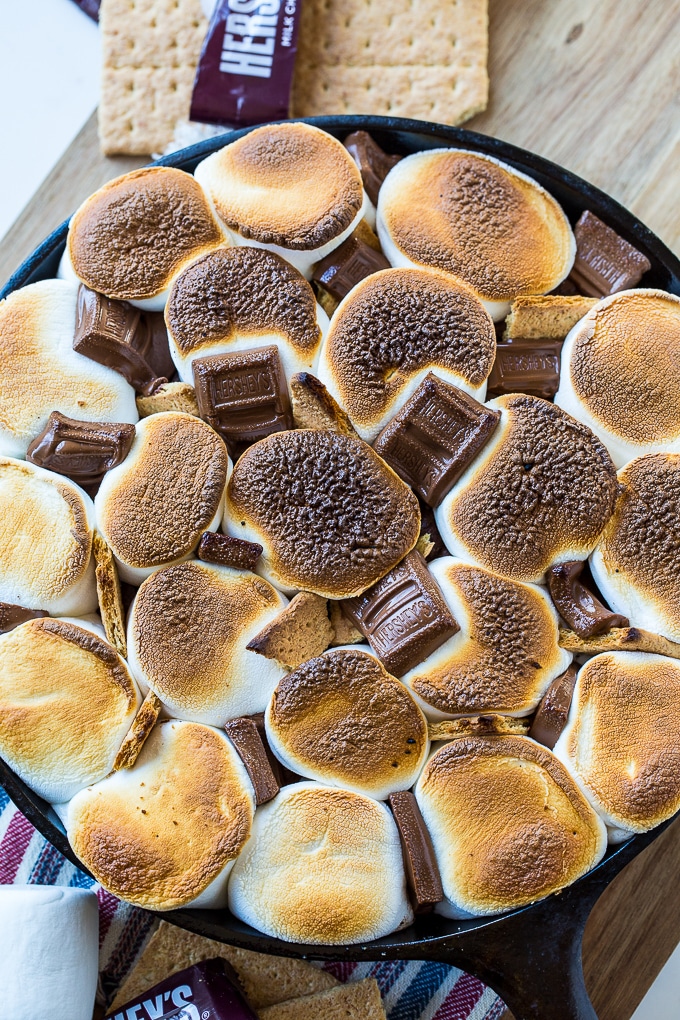 The ooey, gooey marshmallow and chocolate bar topping on these brownies takes them to a whole new level. They are a little sticky and messy to eat, but so, so good! 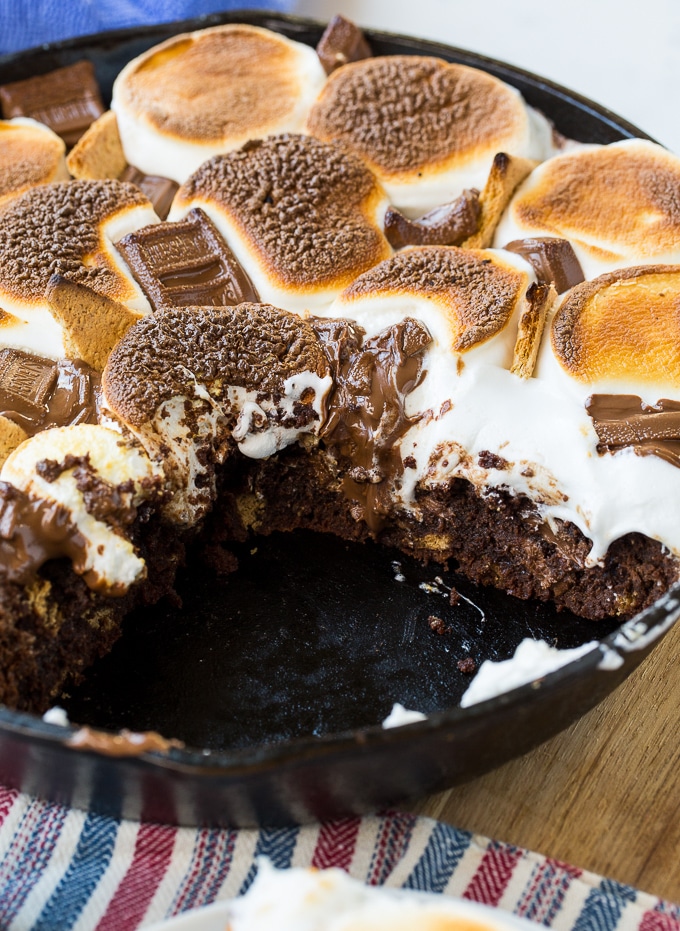 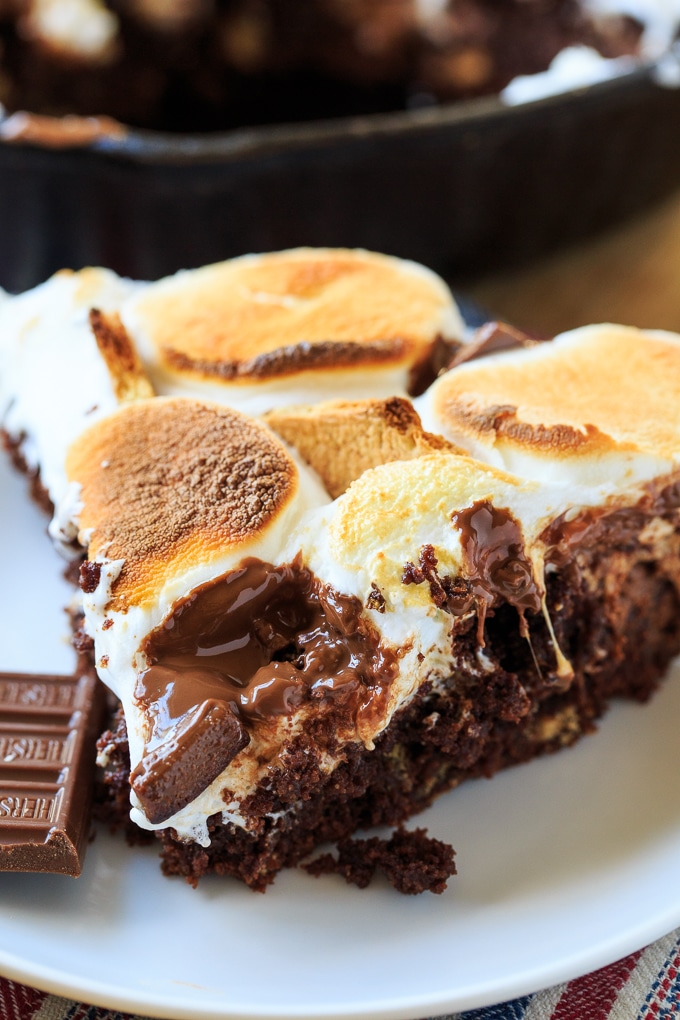 Try these other S’mores recipes: 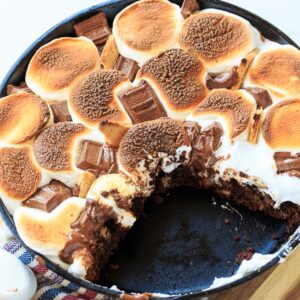 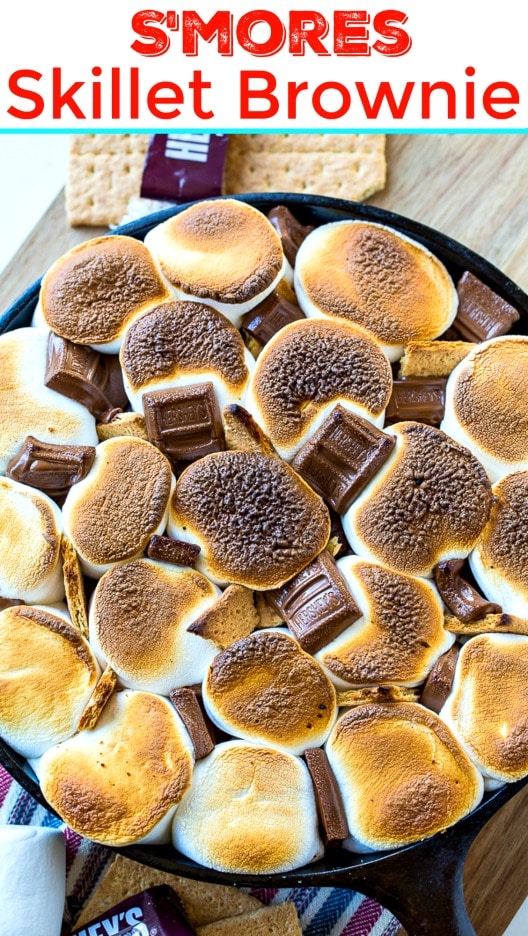