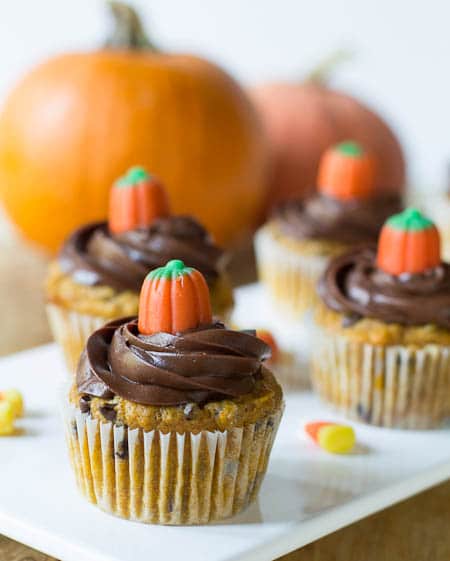 I took a slight break from pumpkin last week to make Apple Spice Whoopie Pies, but now I’m back to the pumpkin. I can eat A LOT of pumpkin this time of year without tiring of it. Judging by the number of pumpkin recipes on other blogs, there are loads of people out there who never tire of pumpkin.

It’s hard to top Pumpkin Bread Pudding when it comes to satisfying pumpkin desserts, but this one has chocolate in it and that’s almost an unfair advantage. Pumpkin and chocolate complement each other so well. Almost as well as peanut butter and chocolate. 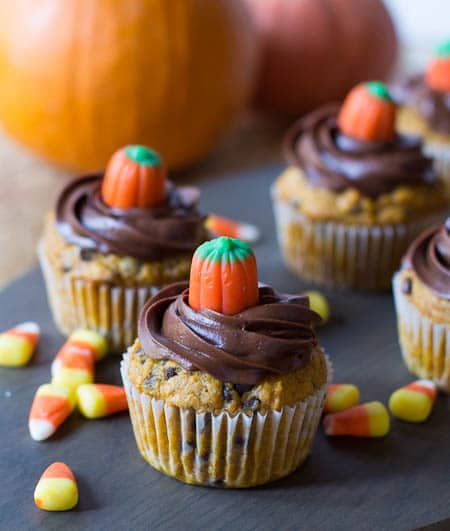 With mini chocolate chips added to the batter and a super creamy and delicious chocolate frosting, these Pumpkin Chocolate Chip Cupcakes with Chocolate Frosting will satisfy your craving for chocolate as well as pumpkin. The pumpkin keeps the cupcakes super moist. Top them with a candy corn pumpkin for a very festive party or after school snack. 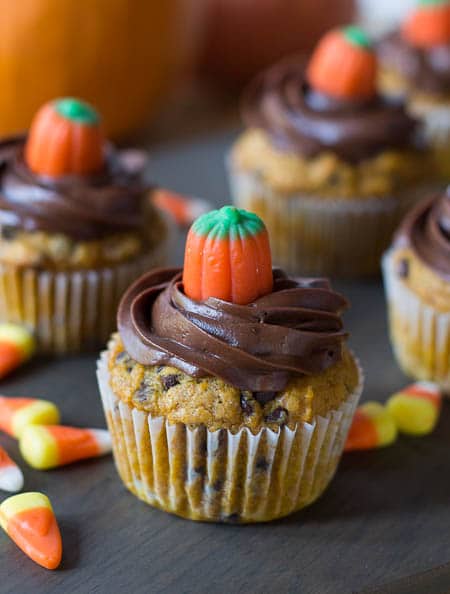 If you like a copious amount of frosting on your cupcakes, you may want to double the frosting. Then you’ll have plenty to lick out of the bowl too. But you also may want to leave half of the cupcakes unfrosted and eat them as muffins. They’re super good that way too. 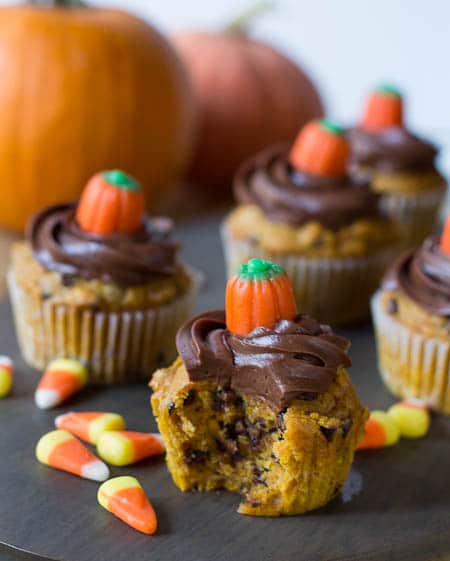 To frost all cupcakes with ample frosting, you may want to make 1 1/2 recipe of frosting. Or you may want to leave some unfrosted, which is what I did and eat them as muffins for breakfast. They are quite good without the frosting.
Course: Dessert

Recipe Source: adapted from Taste of the South