Muffaletta Pinwheels have all the flavors of the iconic New Orleans sandwich. Salami, ham, mortadella, cheese, and olive relish combine to make a tasty appetizer. 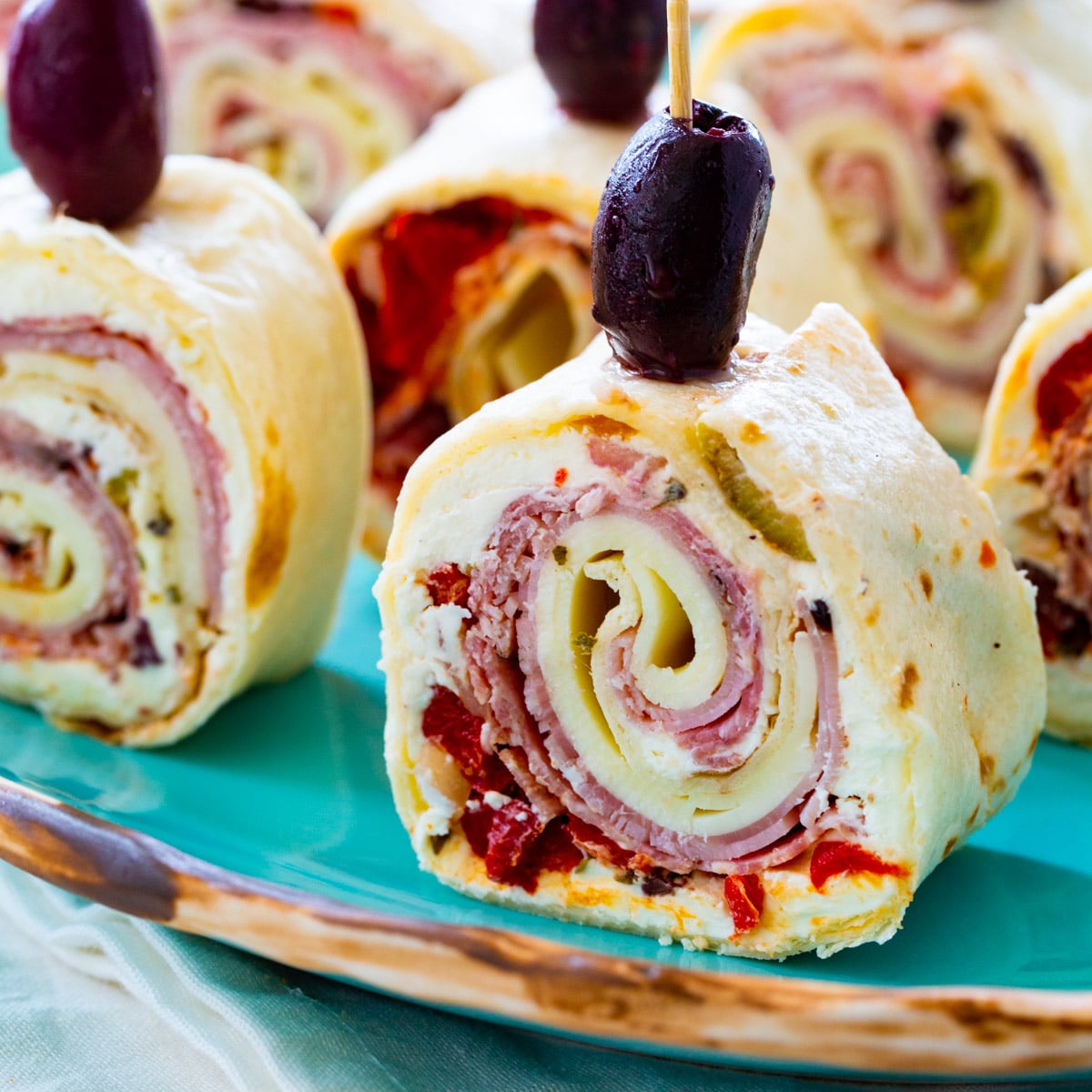 The Muffalaetta has become a very famous sandwich and for good reason. Salvatore Lupo of Central Grocery in New Orleans is credited with inventing the muffaletta sandwich. Apparently he needed a way to use up the olives left at the bottom of a barrel.

These chilled tortilla roll-ups have a creamy cream cheese base. They couldn’t be easier to make, plus they can be made well in advance. It’s best to wait until shortly before serving to slice them because it’s harder to keep them wrapped well once sliced and the tortillas will dry out over time. 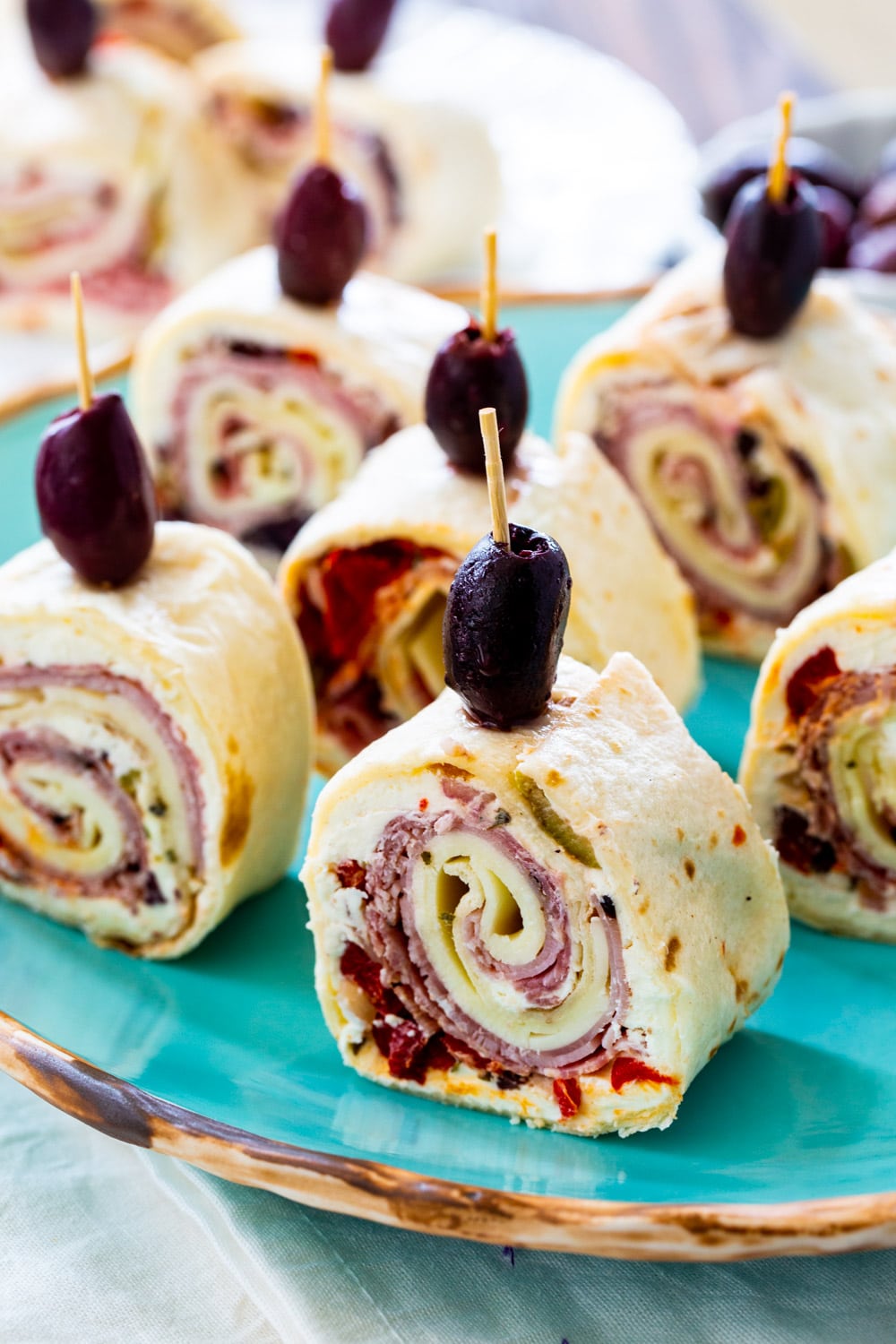 These Muffaletta Pinwheels are perfectly creamy and full of bold flavors. The saltiness of both the meat and the olive salad makes them a totally craveable appetizer. Cut into pinwheels, you have a finger-friendly party food that’s so much less messy to eat than a muffaletta sandwich.

For best results, use a sharp serrated knife to slice the pinwheels. 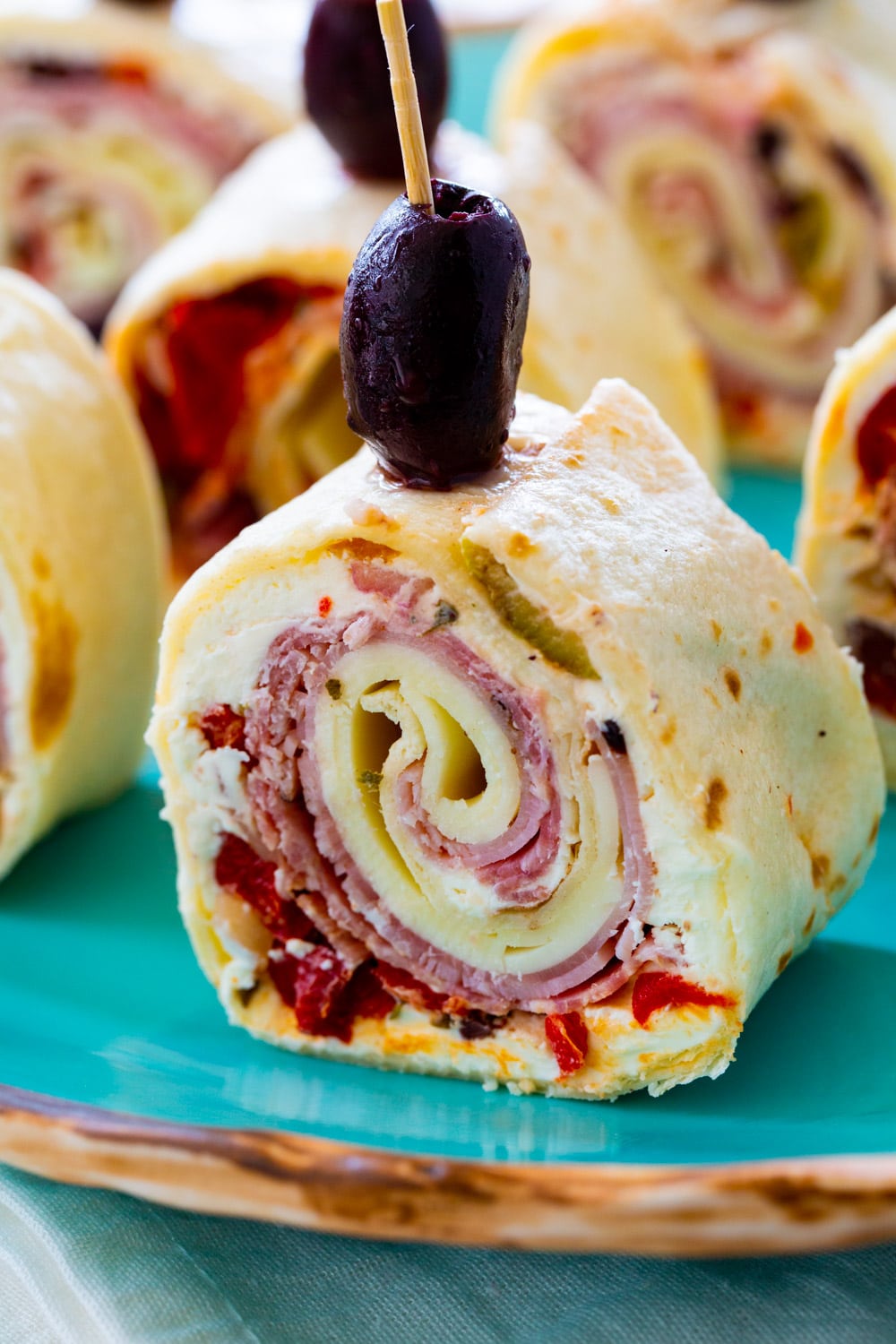 Try these other Muffaletta-inpired recipes: 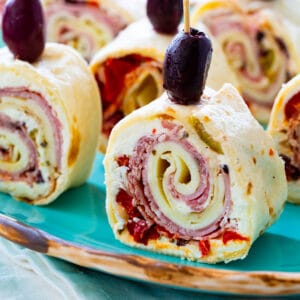 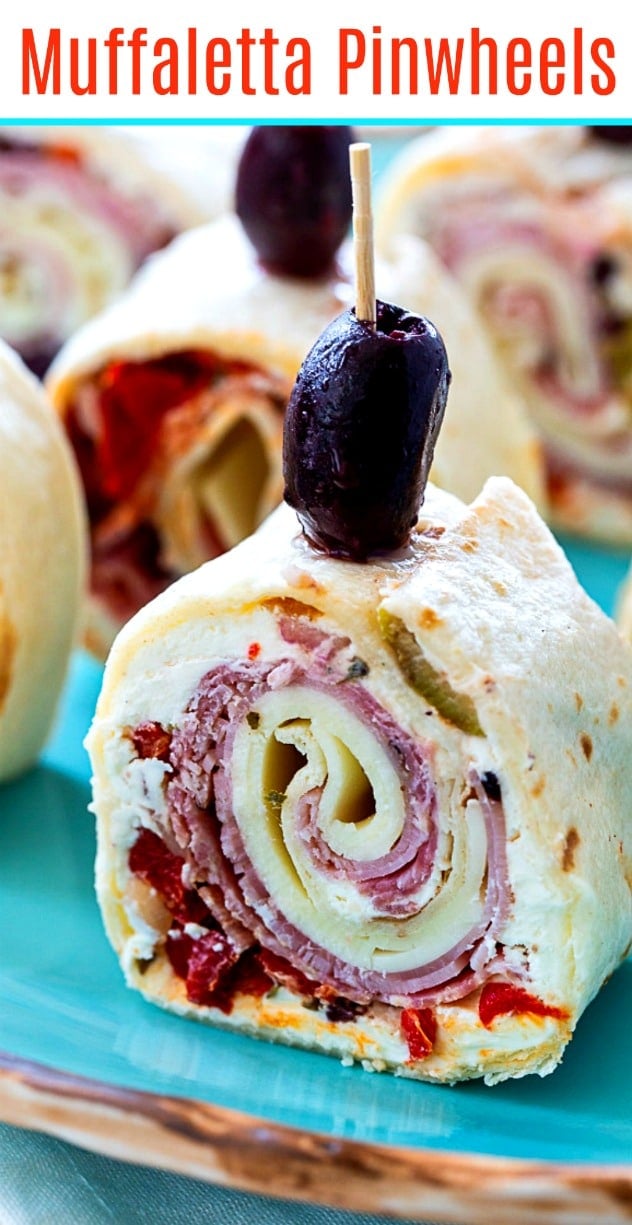