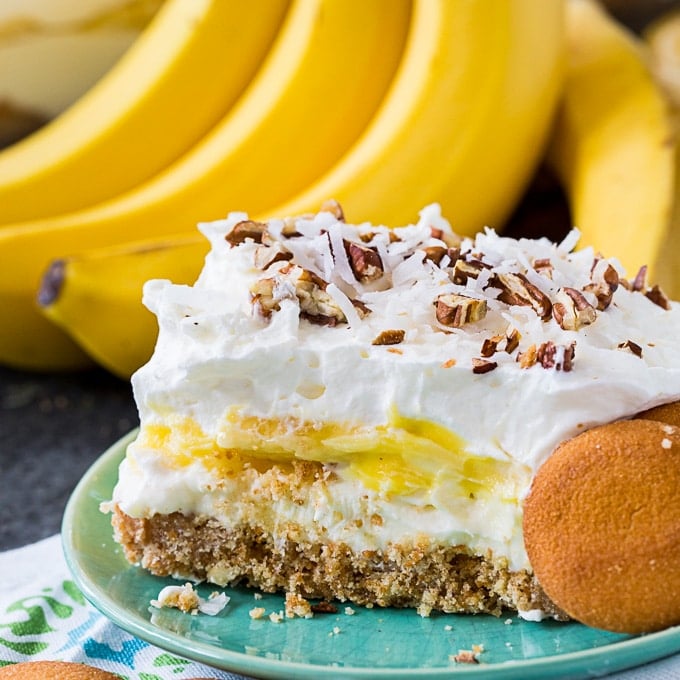 I like to top it off with chopped toasted pecans and coconut, but you could leave them off if you wish.

This is a no-bake dessert (except the crust) that is perfect for the warmer months. It’s like Banana Cream Pie in a pan and it’s wonderfully easy to make and serves a crowd. 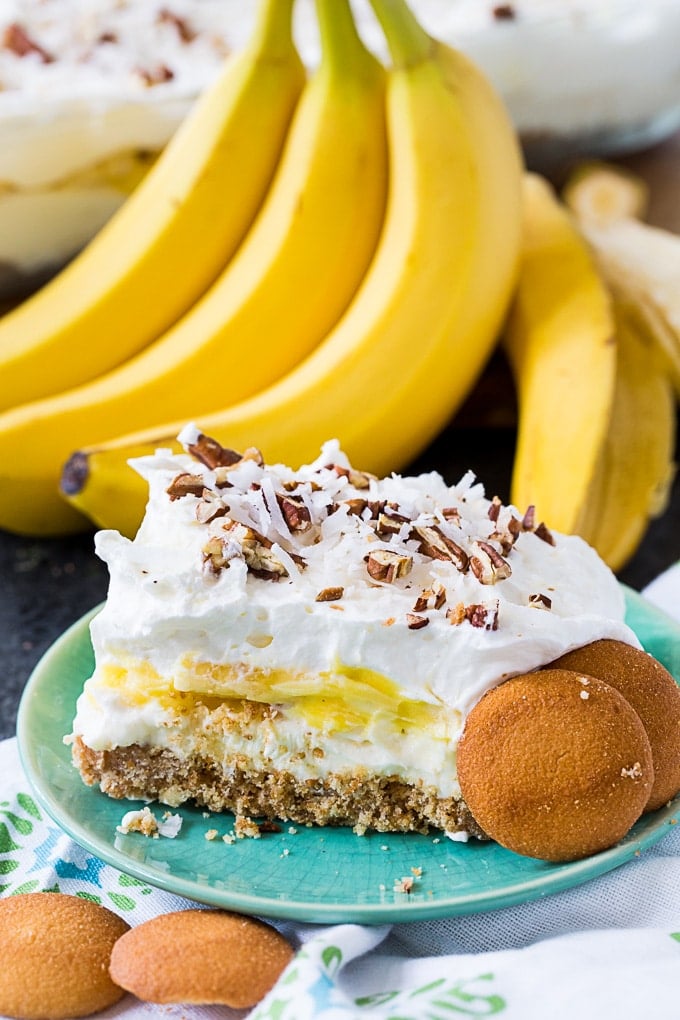 How to make Banana Cream Delight:

You’ll start by making a crust for crushed vanilla wafers, a little sugar, and melted butter. You can either put the vanilla wafers in a food processor to quickly turn them into crumbs or you can put them into a ziptop bag and beat them with a rolling pin. Great way to get out your frustration!

Press the crust in the bottom of a 9×13-inch pan and bake for 10 minutes. Let it cool before proceding.

Note: If you really don’t want to turn on the oven, refrigerate the crust for 1 hour before proceding. 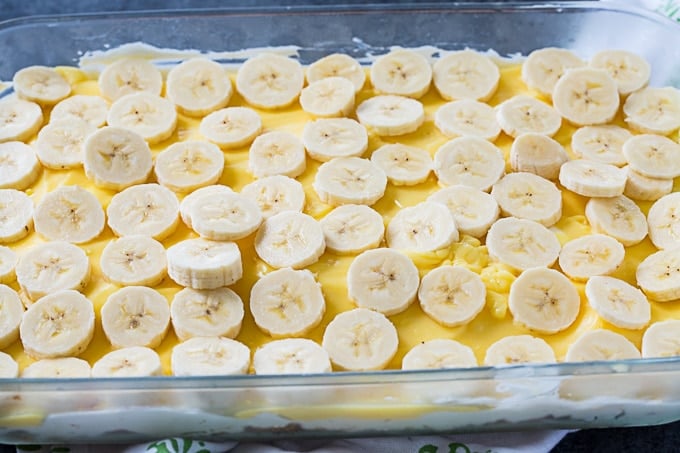 Next beat together a block of cream cheese and 1 cup of heavy cream. Add in 1 cup of powdered sugar and beat until smooth and creamy. Spread it on top of the crust.

Mix together the vanilla pudding with 2 cups of milk until it starts to thicken. Pour it on top of the cream cheese layer. Scatter 3 sliced bananas on top of the pudding.

Each layer is so easy to make and together they make one heck of a potluck dessert. 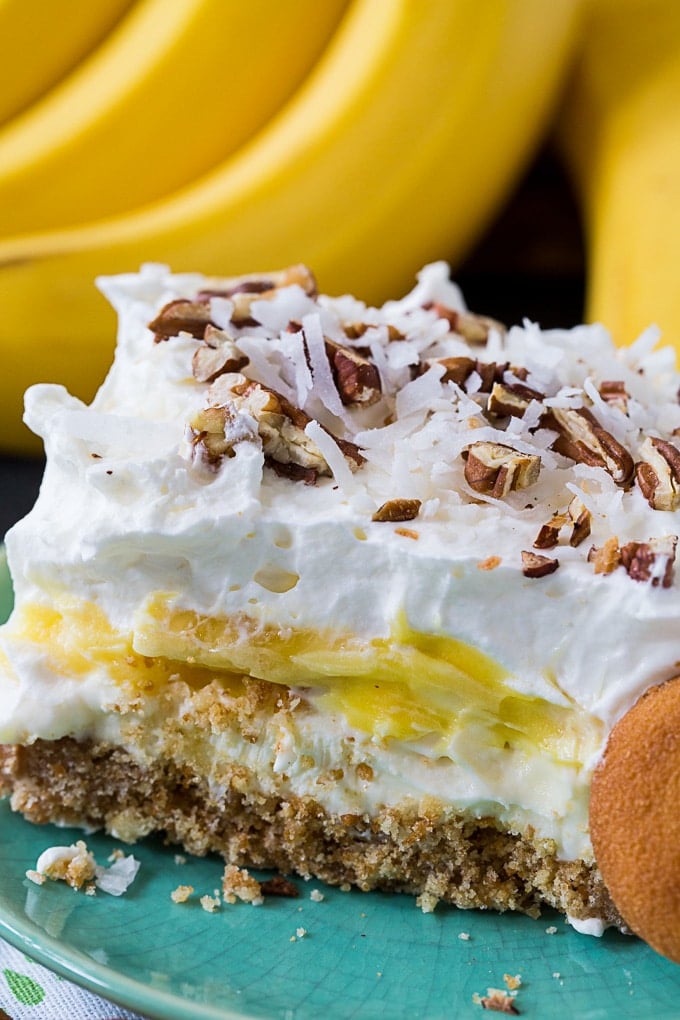 You can use a small tub of Cool Whip for the topping instead of making fresh whipped cream. 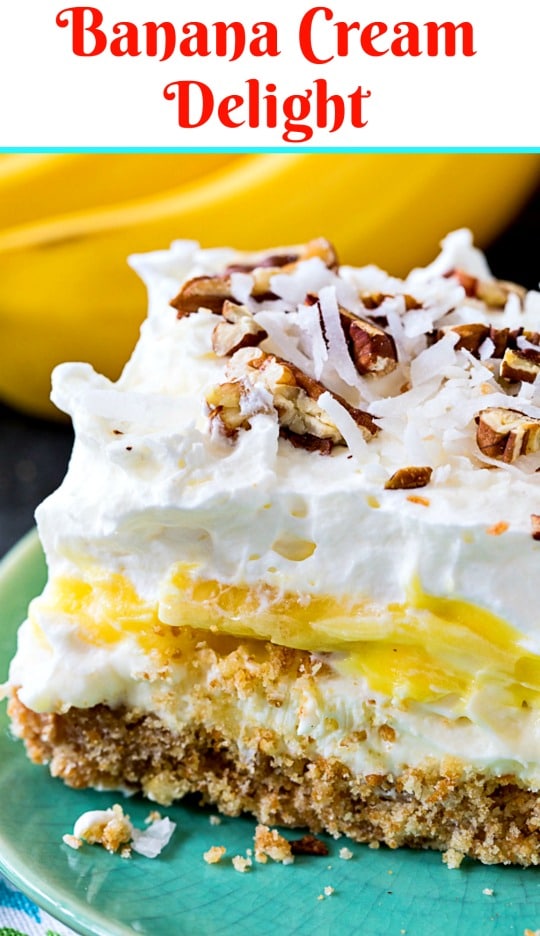