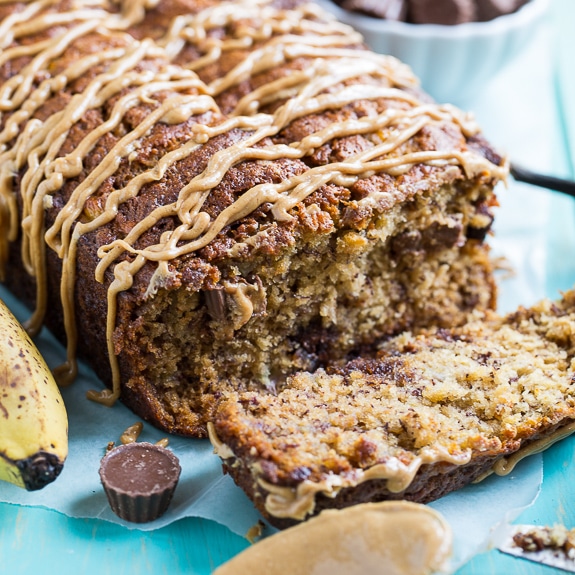 I got the inspiration for this bread from Gayle at Pumpkin n Spice. My eyeballs about popped out of my head when I saw how delicious her Peanut Butter Cup Banana Bread looked. 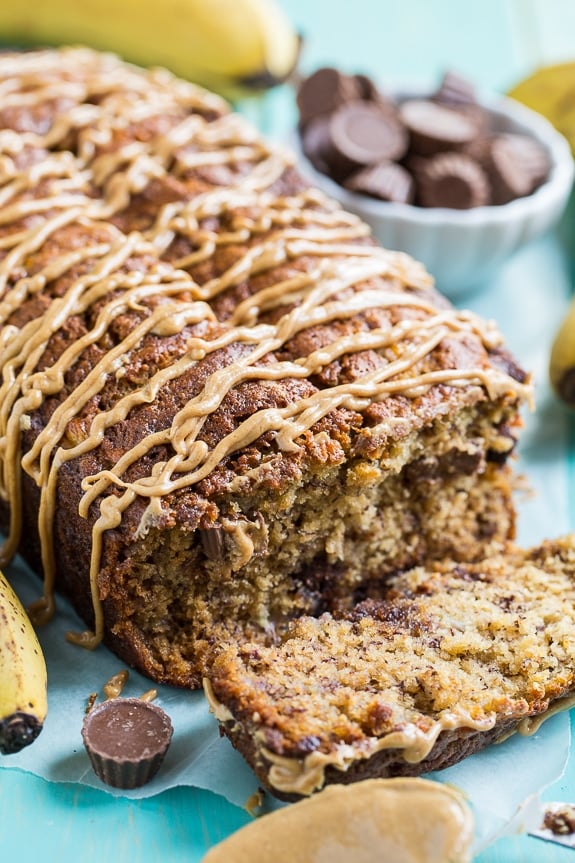 I was a little disappointed in how the Jif Whipped Peanut Butter tasted on its own (hardly sweet at all). But once a little sugar was added and it was melted for a glaze, it was super delicious. 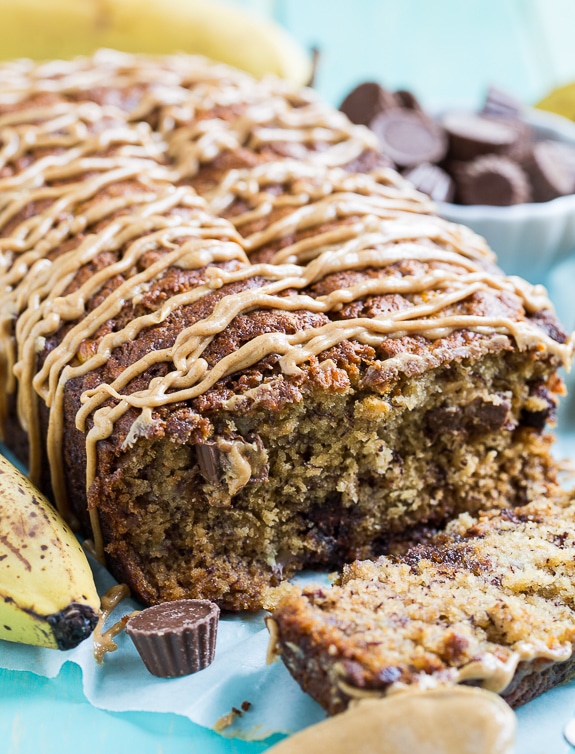 The mini peanut butter cups are so much fun to bake with because you don’t even have to chop them up and they melt into wonderful pockets of chocolate and creamy peanut butter. Here’s a link to Reese’s Minis Peanut Butter Cups

on Amazon in case you aren’t quite sure what they are. They really are itty bitty and so much fun to eat. 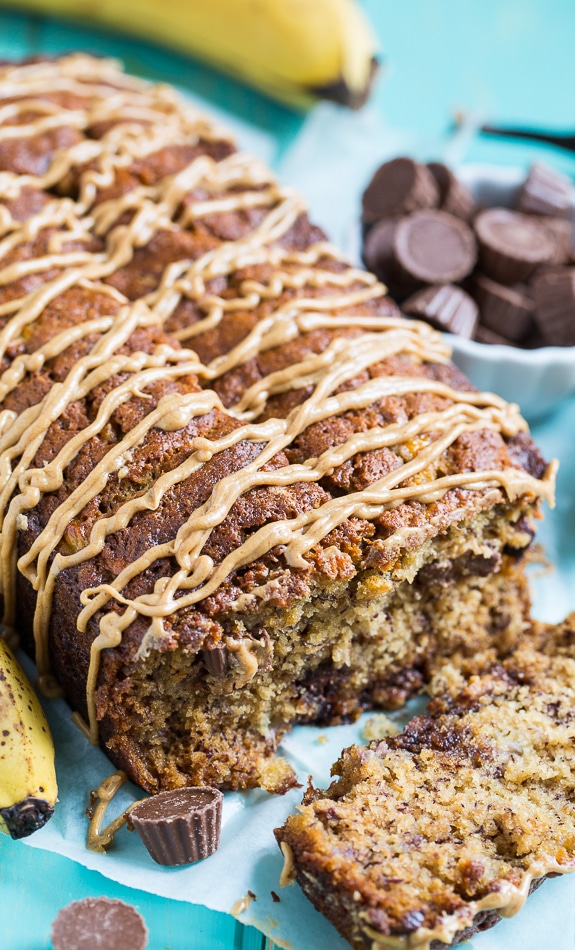 I’ve posted a whole lot of banana recipes lately and there’s even more to come. That’s because after the 5K race my son hosted on Valentine’s Day to raise money for cancer research, we came home with a huge box of bananas that didn’t get eaten. I mean there must have been 50 bananas in there.

And let me just stop and give a huge thanks to our local Publix for donating a $100 gift card to be used for food for the race. And they insisted they didn’t want any recognition whatsoever for it. But I thought that was so awesome, I had to mention it. 🙂

For a whole week I baked every type of banana recipe I could think of- Triple Chocolate Banana Bread, Banana Pudding Cheesecake, White Chocolate Banana Bread French Toast, Peanut Butter Banana Bread Pudding, and Banana Cupcakes with Nutella Frosting. It’s hard to pick a favorite from them, but since I am a huge fan of chocolate and peanut butter, I may have to go with this one. 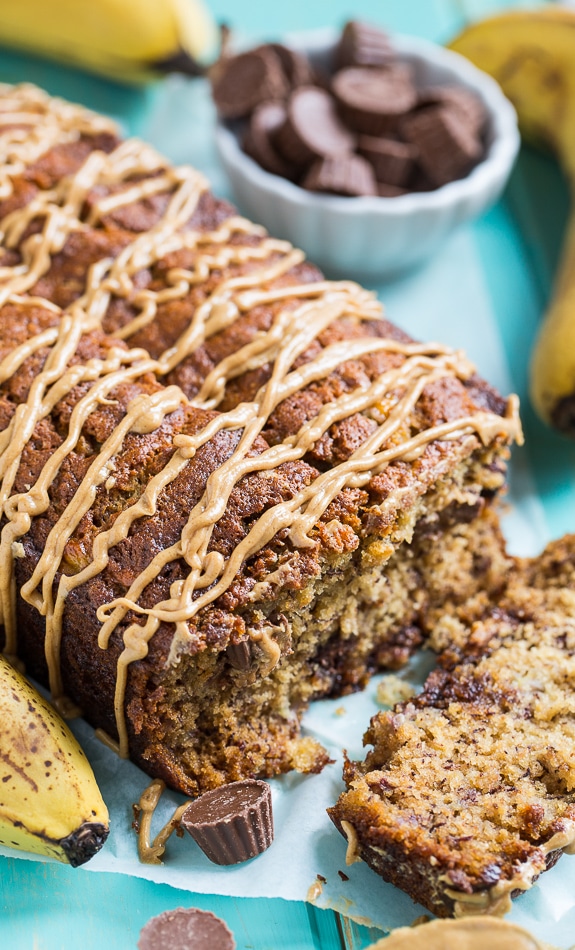 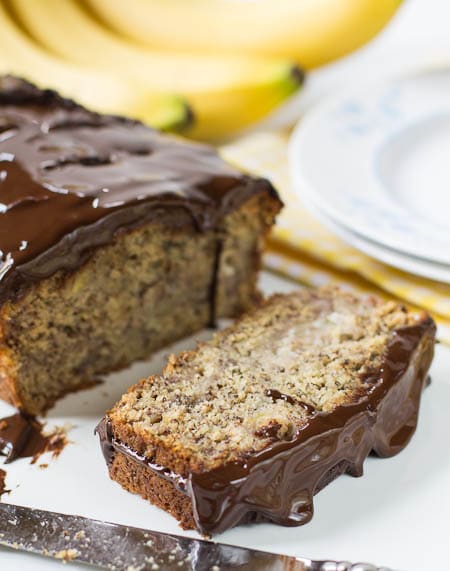 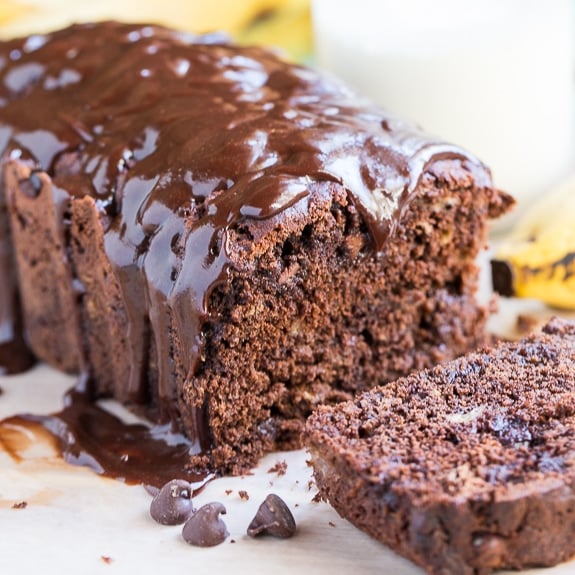 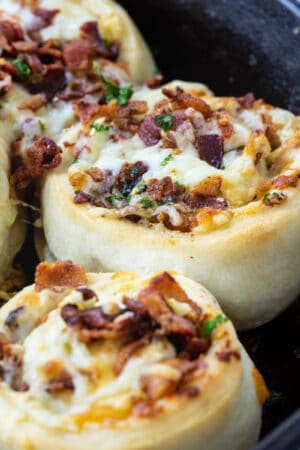