Watergate Cupcakes are the cupcake version of the famous Watergate Salad made from pistachio pudding mix, pineapple, cool whip, and marshmallows and they are the perfect nostalgic treat. 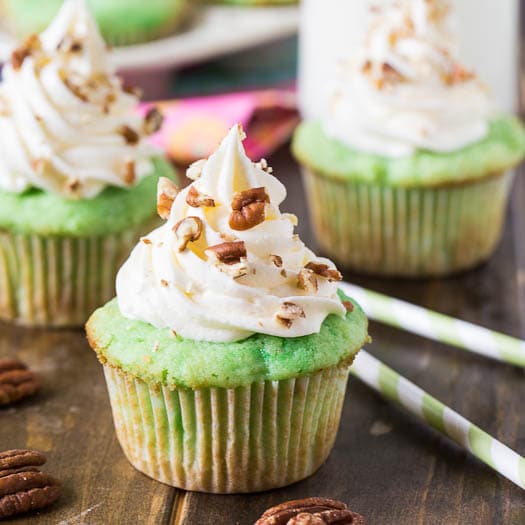 To make a cupcake version as close as possible to my Watergate Salad Recipe, I added a box of pistachio pudding mix and an 8-ounce can of crushed pineapple to a vanilla cupcake batter. Most Watergate Cake or cupcake batters are made by doctoring a box of cake mix, but I was in the mood to make one from scratch. 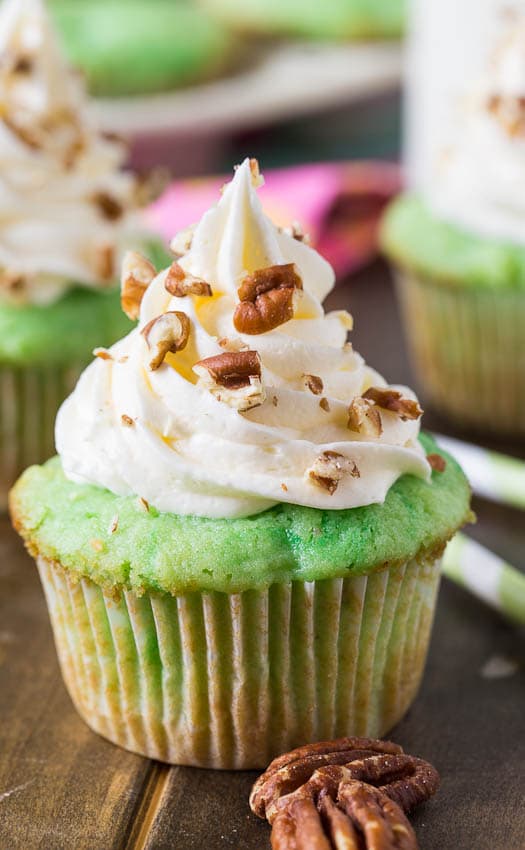 The cupcake part is super moist with just a little texture contrast from the crushed pineapple. Both the flavor of the pistachio and pineapple are evident, but not overpowering. I put in about 6 drops of green food coloring to make sure the cupcakes were extra photogenic, but the pistachio pudding alone will give them a green hue. 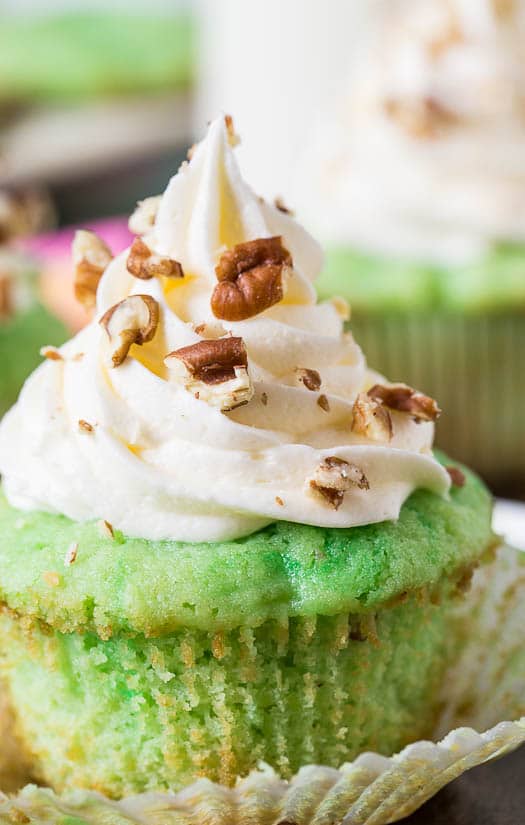 Since Watergate Salad has marshmallows mixed in, I wanted to incorporate them somehow and I decided to use marshmallow fluff to make the frosting. Mixed with butter and confectioners’ sugar, it’s a light and sweet frosting with a velvety smooth texture. 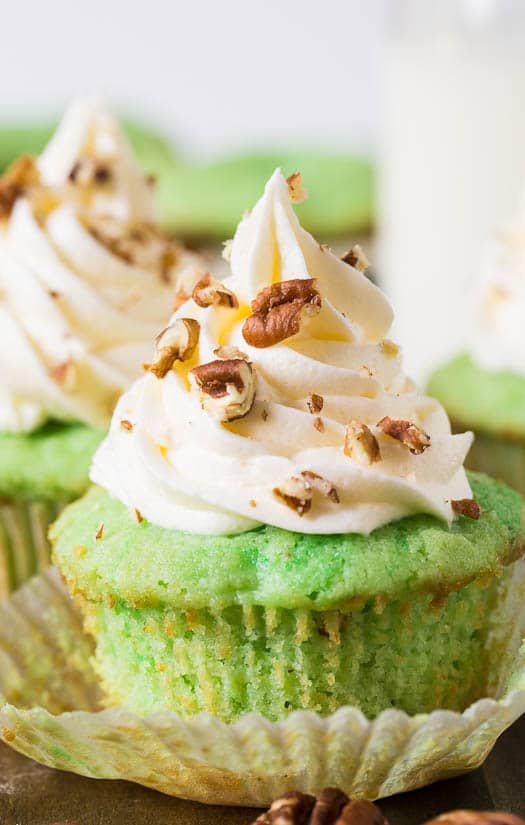 This wouldn’t have been a cupcake I would have enjoyed when I was younger. Nope. I was all about the chocolate then.

And the fact that I like them now is definitely a sign that I’m getting older. Like maybe not that many years away from being a grandma old.

And the thought of that makes me want to go back to eating nothing but chocolate. 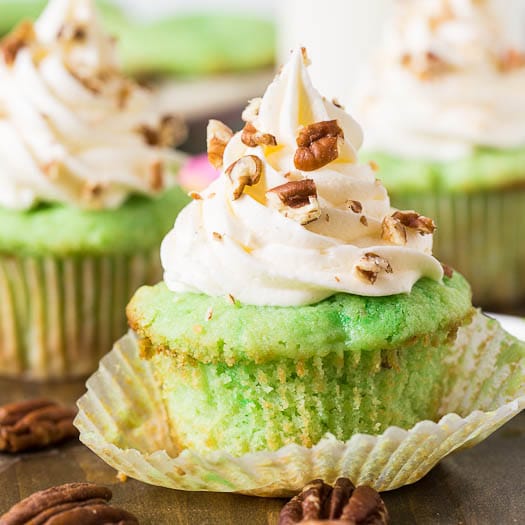 And only for the young at heart.  😉 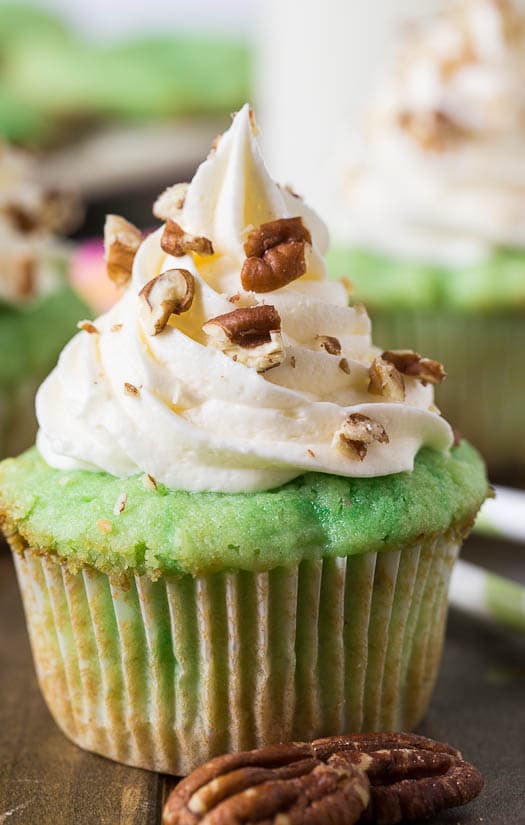