Is it a side salad or a dessert salad? It’s either! Watergate Salad breaks all the rules. It’s a crazy delicious concoction of pistachio pudding, Cool Whip, pineapple, and marshmallows. This retro dessert is both fun and tasty. 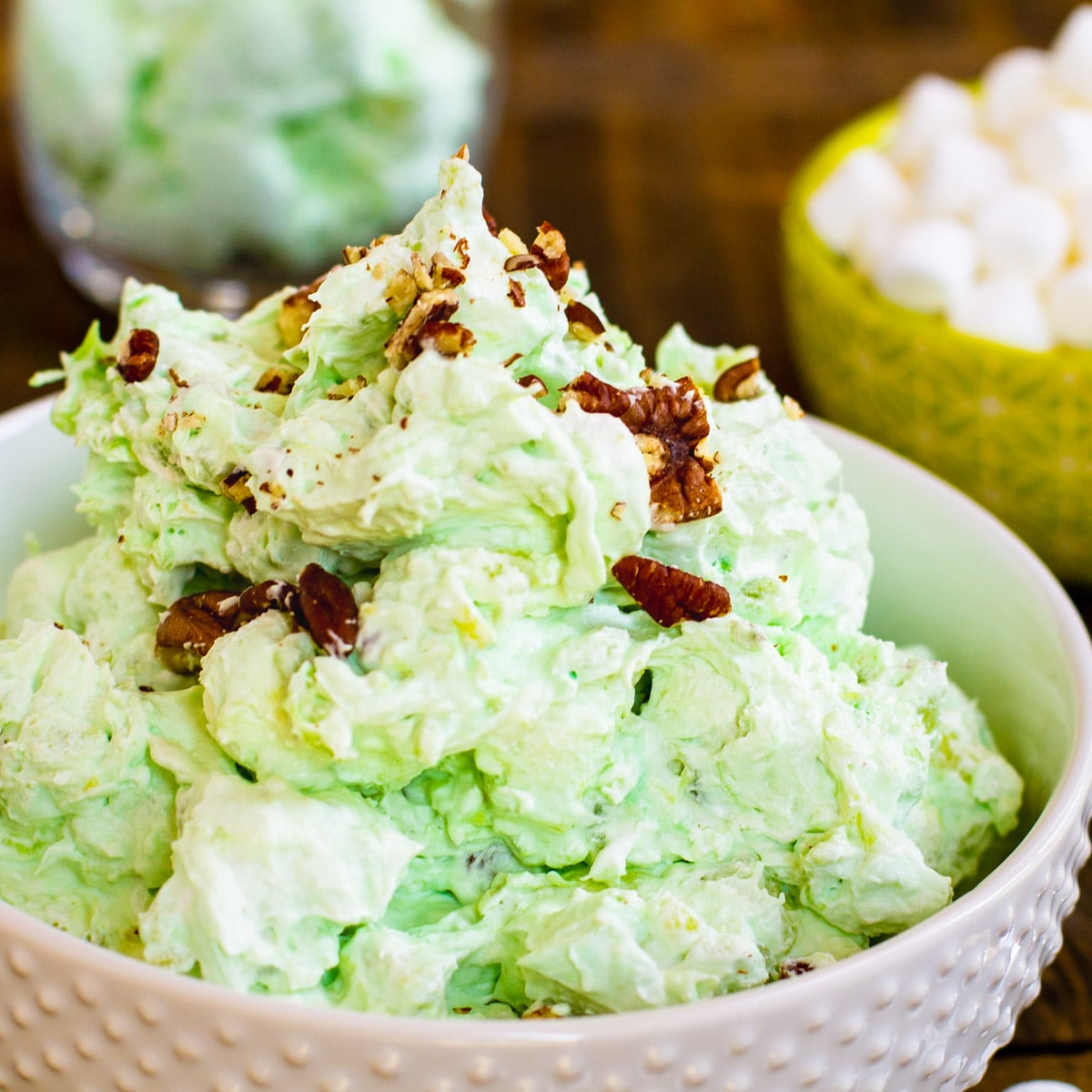 Set some pistachio-favored dessert salad out at your next Potluck and watch it disappear. It’s also a great salad to include for your Easter Meal. 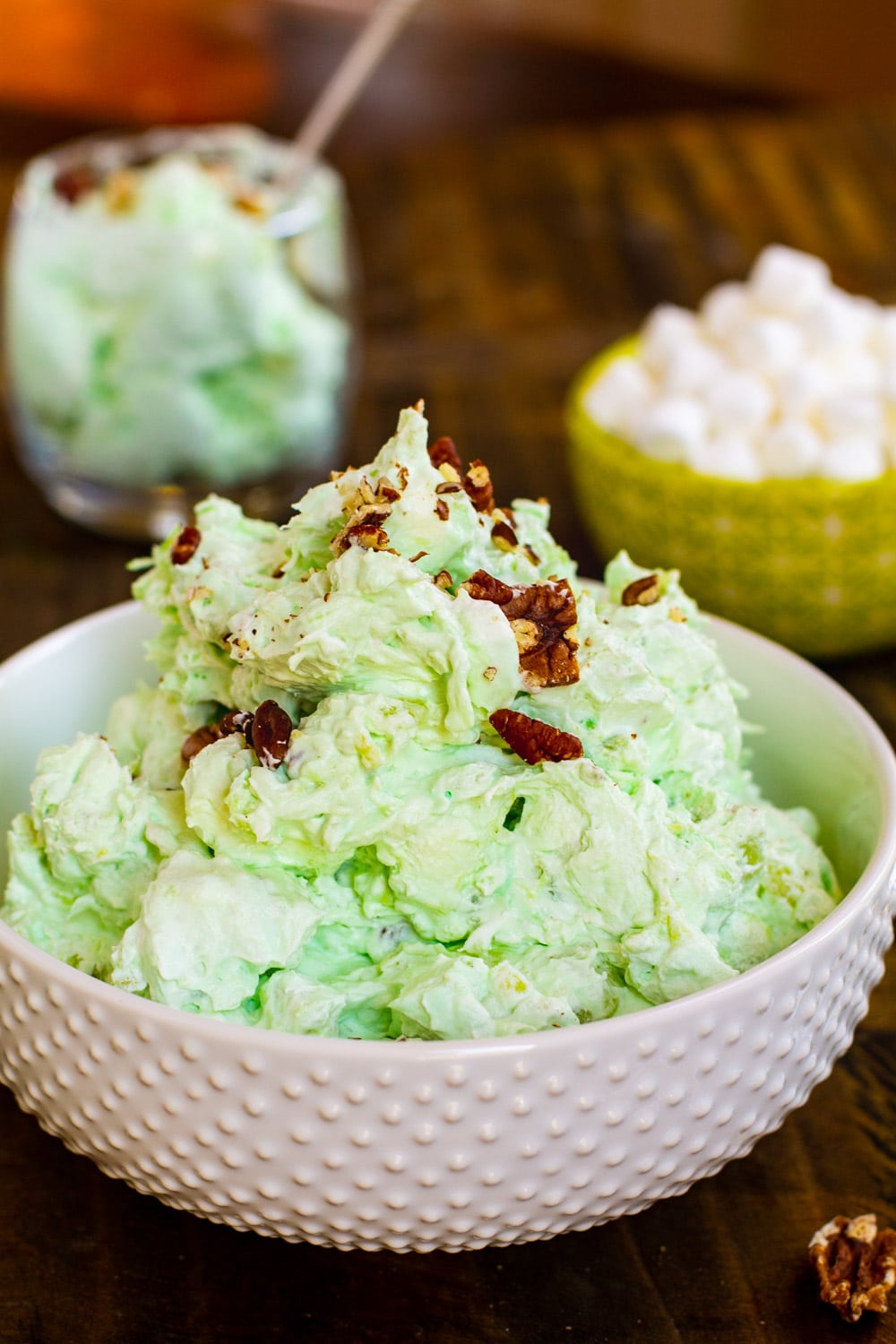 Most people either grew up with Watergate Salad or they don’t know what in tarnation it is. If you grew up in the south, you probably had a grandmother who made it for every special occasion or church luncheon. Watergate Salad was originally developed by Kraft under the name Pineapple Pistachio Delight in 1975 when they first introduced pistachio pudding.

The pistachio pudding gives it its characteristic mint green color and a good bit of its flavor. It is affectionately known as “Green Stuff” to many people.

If you’ve never had Watergate Salad, be prepared. It has a wild and crazy texture with tons of contrasts. The cool whip makes it a little airy and light, but there are small chunks of pineapple and a crunch from the pecans, giving your teeth a little something to sink into. And of course the marshmallows really stand out with their completely distinct soft but a little chewy texture. Once your senses get over the craziness of it all, you’ll discover that it is really quite delicious.

Watergate Salad is a dessert salad that tends to be appealing any time of year. Its light texture lends itself to the warm weather months, but throw a cherry on top and you have a perfectly festive red and green treat for Christmas. And of course its pastel color is fantastically fitting for Easter.

Try These Other Pistachio Flavored Desserts: 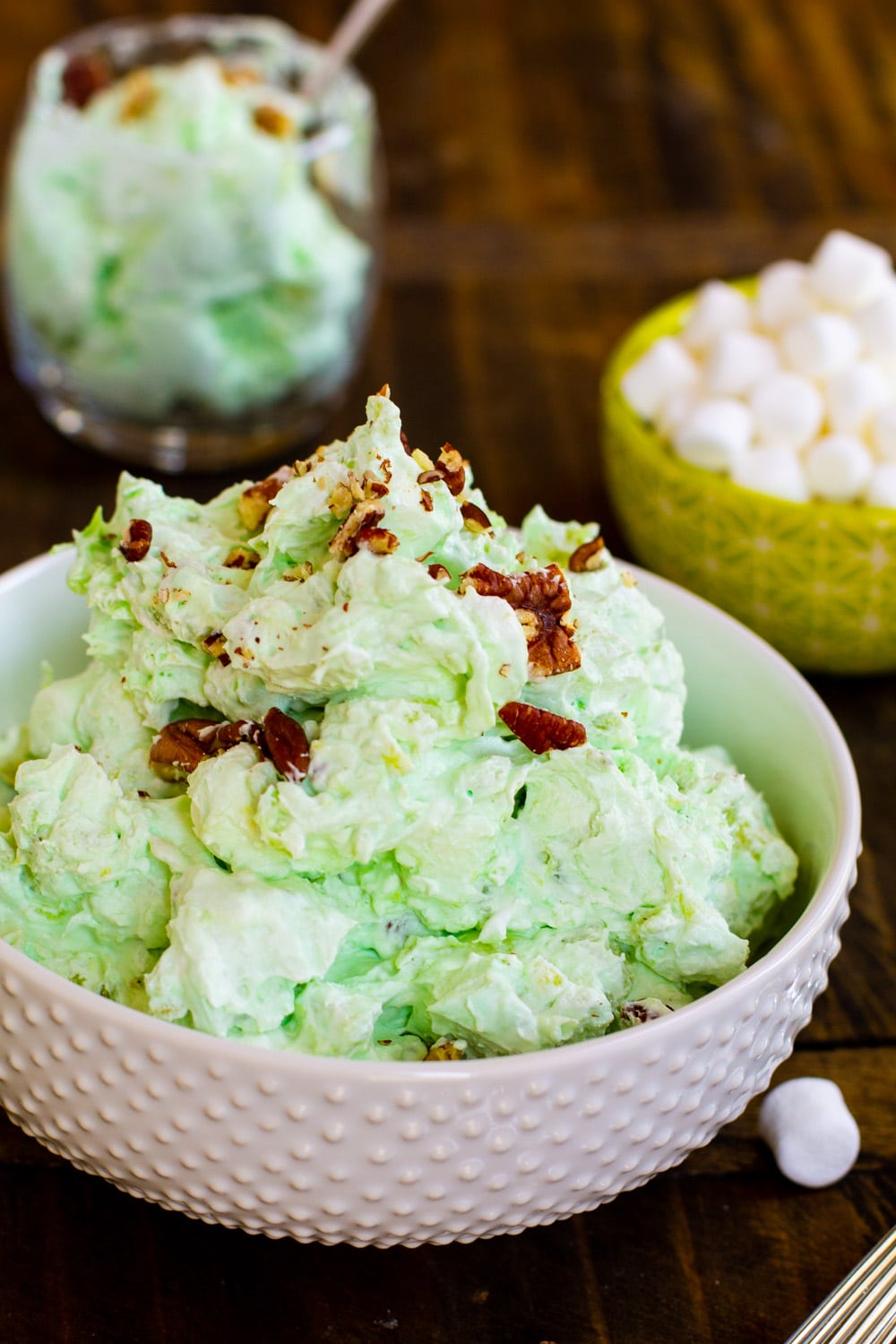 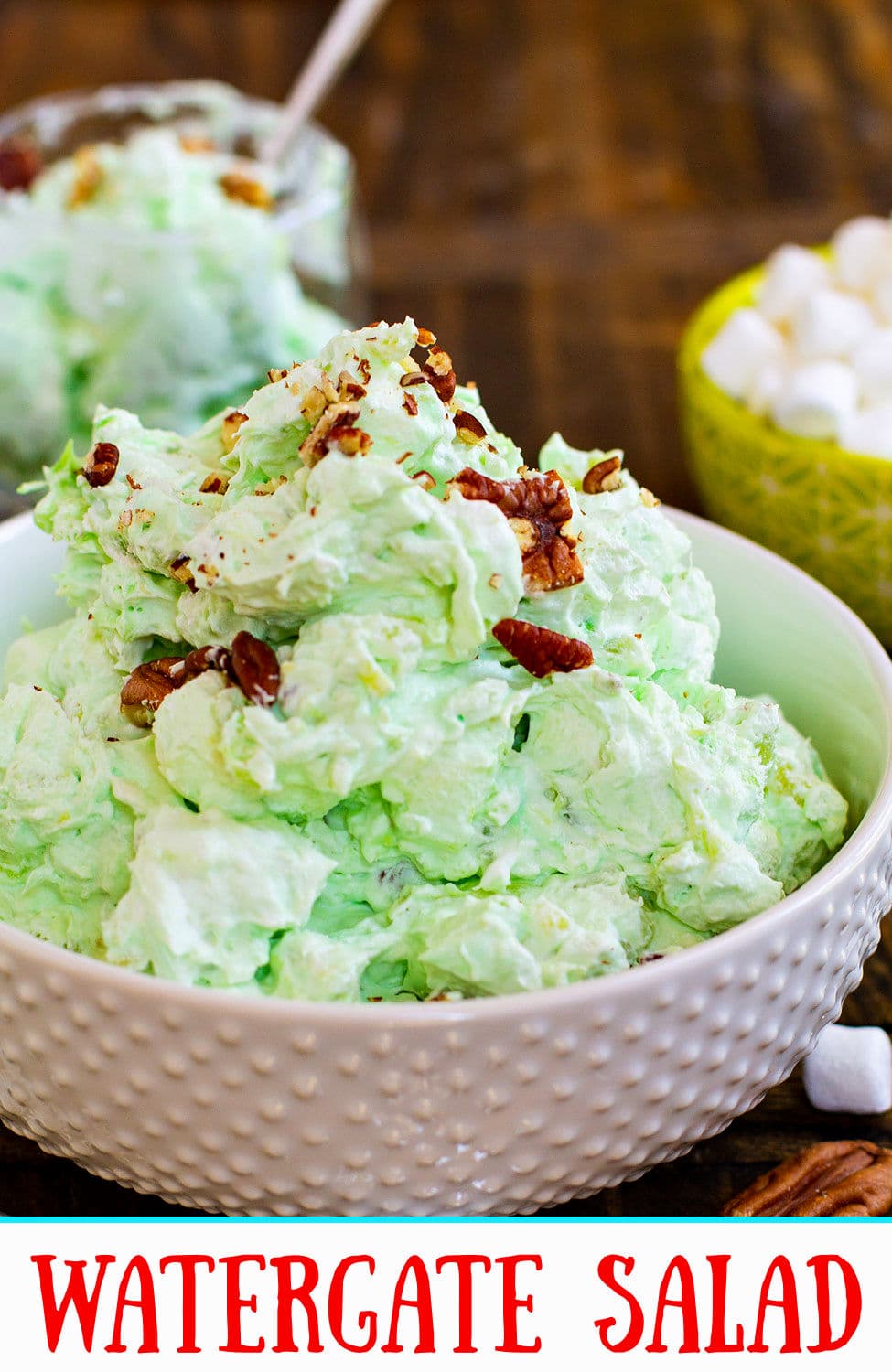 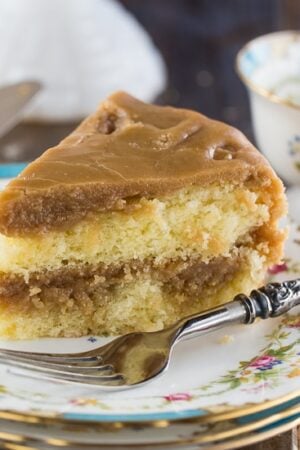