Just a few minutes of prep time and 18 to 20 minutes in the oven and you have a yummy breakfast that’s crispy around the edges and a little gooey in the middle. The addition of fresh chopped apple in a cinnamon roll bake is so delicious. There’s also a little extra cinnamon plus brown sugar, a few eggs, vanilla extract, and heavy cream.

The cinnamon rolls get cut into little pieces and scattered in a 9-inch pie plate which is the perfect size for this casserole.

Toss 1 cup of peeled and diced apple with brown sugar and cinnamon. Scatter the apple on top of the cinnamon roll pieces. 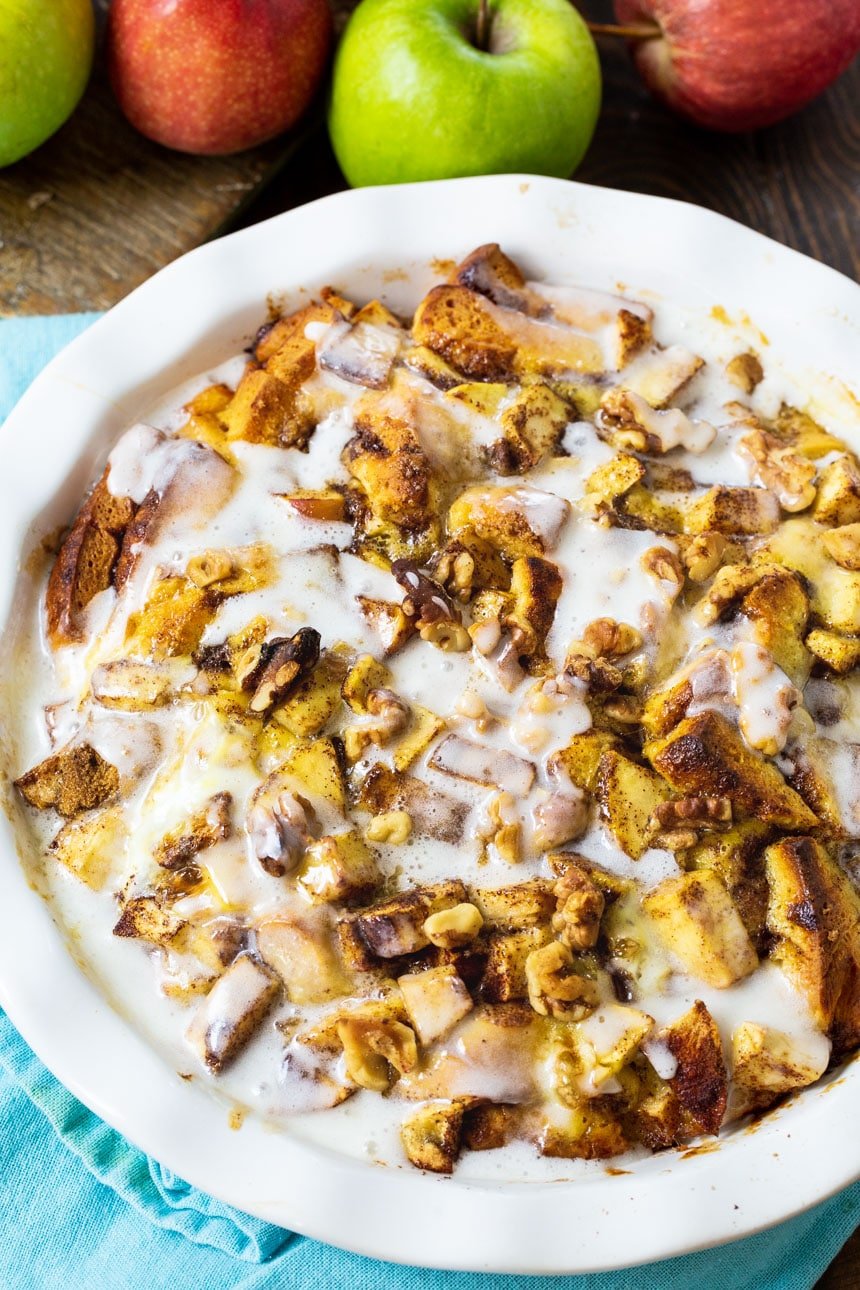 Whisk together the eggs, heavy cream, and vanilla and pour evenly over the apples and cinnamon rolls.

Bake for 18 to 20 minutes or until golden and crispy. Spread the icing that came with the cinnamon rolls on top and serve warm.

Any kind of apple can be used. I like Granny Smith, Gala, or Honeycrisp.

Cut the apple into small pieces. The casserole doesn’t bake for long and you want the apple pieces to get soft and not be crunchy.

Optional- try adding a tablespoon of raisins or a few chopped walnuts or pecans.

If you want to try a crock pot version of this recipes, try this Crock Pot Apple Pie Cinnamon Roll Casserole. 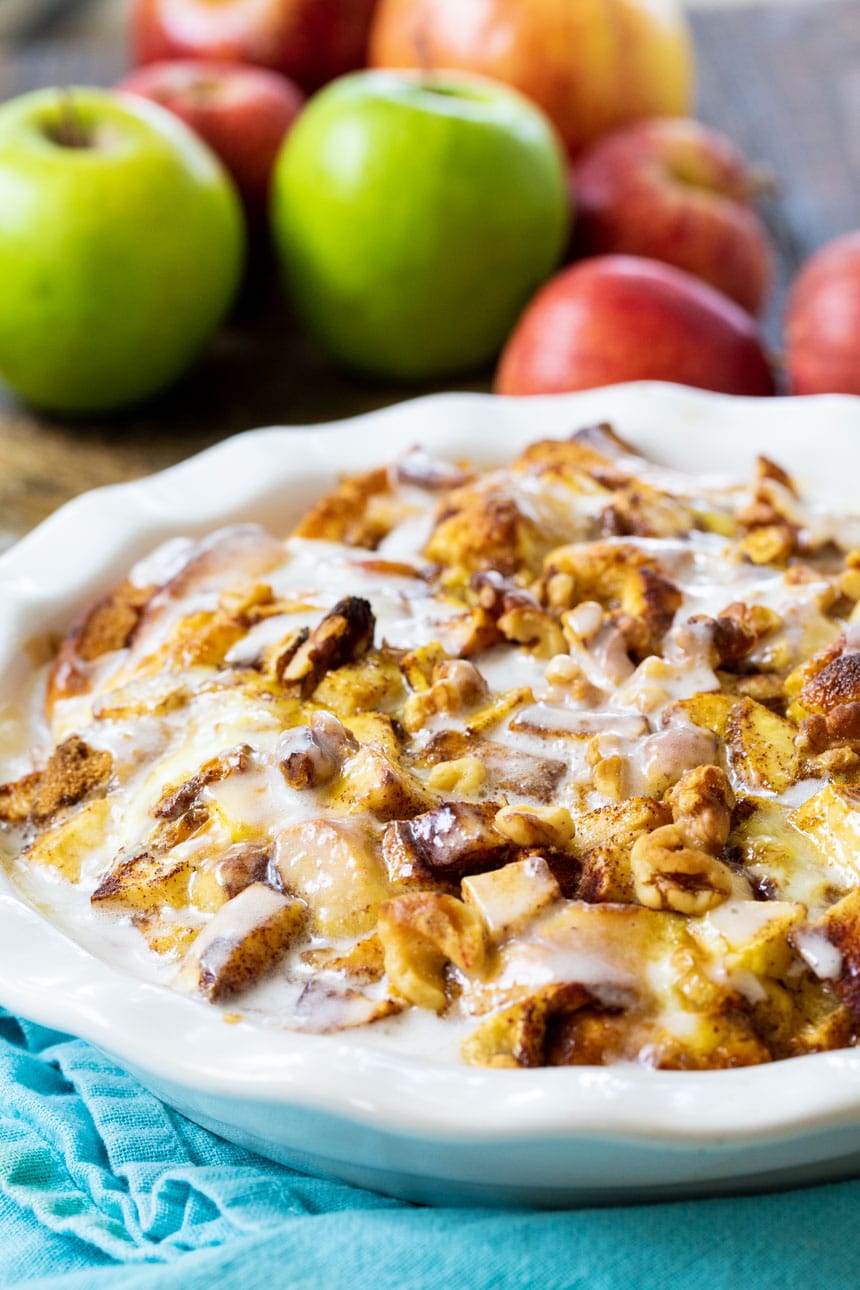 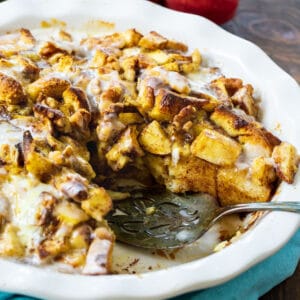 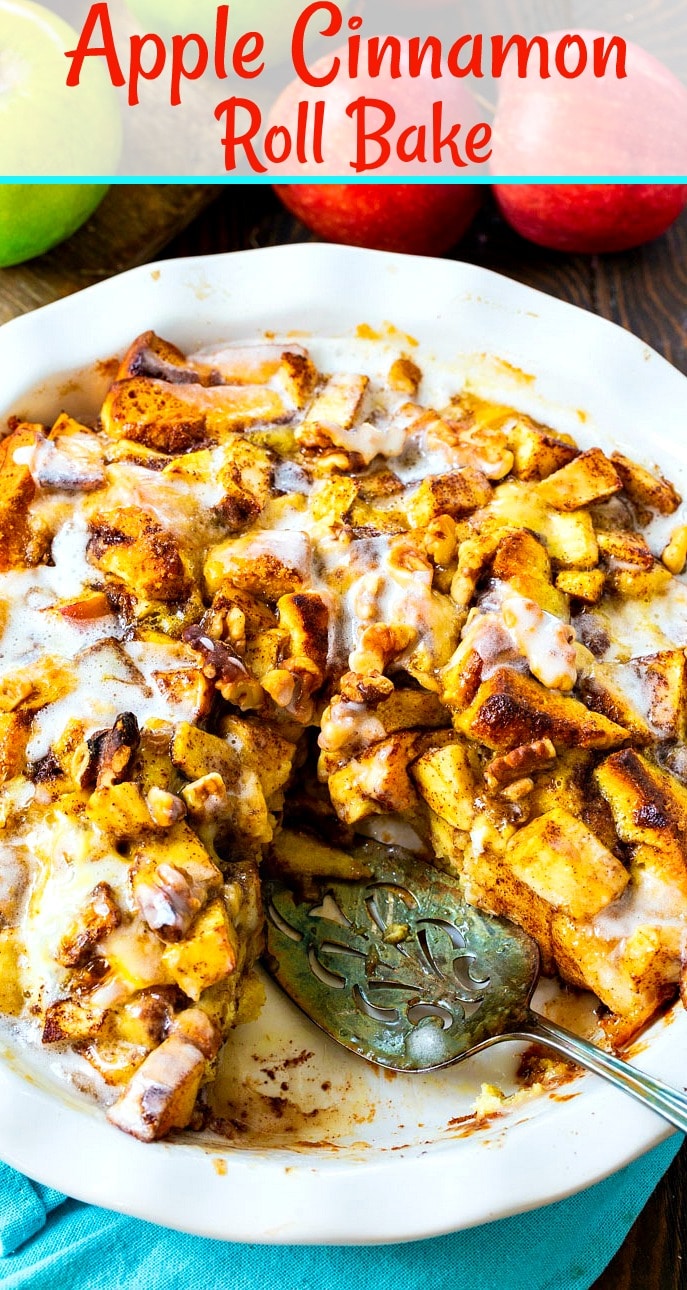