This Almond Cake with Amaretto Filling is an almond lover’s dream. It’s covered in an incredible almond buttercream. This cake takes a little time to prepare but it is worthy of a special occasion. It makes a fabulous wedding cake. 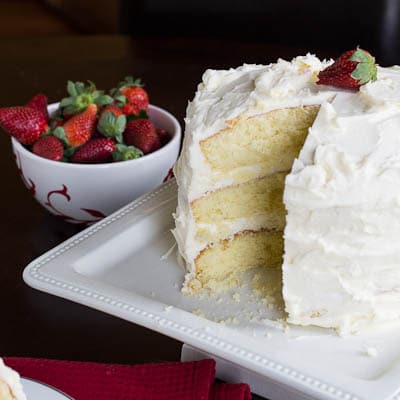 Hello and welcome to SpicySouthernKitchen.com. My name is Christin and I love food. Spicy foods and southern foods are my favorites. I love to try new things in the kitchen and it’s really not an exaggeration to say that I hardly ever cook the same thing twice.

Since it’s Valentine’s Day, I thought I’d share an extra-indulgent recipe- Almond Cake with Amaretto Filling. This has to be one of my favorite cakes ever. It has a wonderful almond flavor in the filling, the frosting, and the cake itself. It’s the almond lover’s trifecta. This cake is perfect for any special occasion whether it be Valentine’s Day, Christmas, a birthday, or even a wedding. My husband and I had an almond-flavored cake for our wedding. I still think about it almost 17 years later. 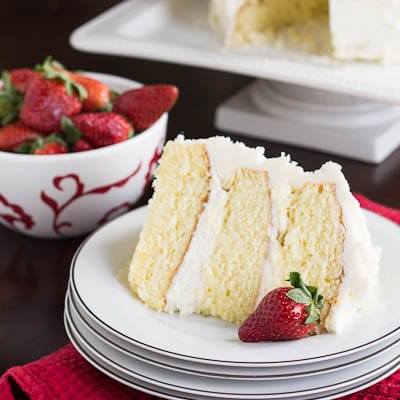 This is a recipe that was published in Taste of the South Magazine which is one of my favorite magazine’s for recipes. But sometimes their recipes can be hit or miss and they don’t always have the best directions. I was pleased to find that this recipe turned out exceptionally well, which is good because I put a large amount of time and energy into it. 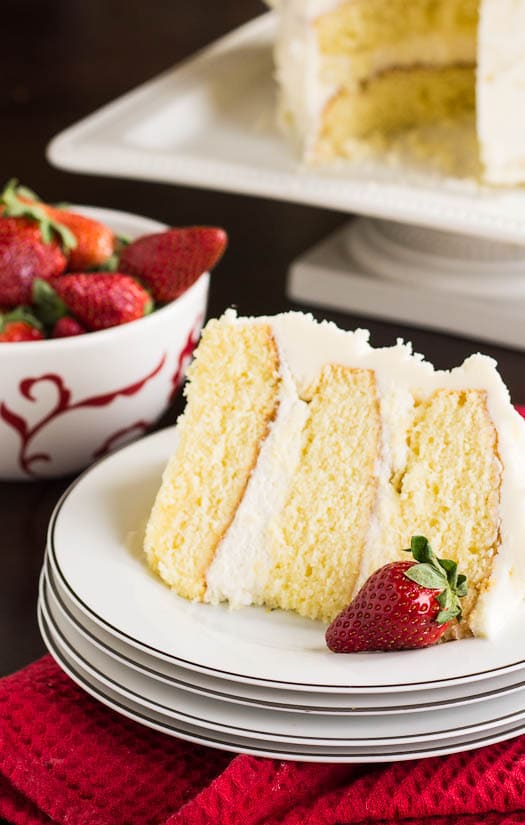 I was a little uncertain about making the almond cream beacause after soaking the almonds in the 2 cups of heavy cream, I ended up with a lot less then 2 cups of almond cream, even after pressing the heck out of the almonds in the strainer. But the recipe doesn’t say how much you should end up with. I was worried I had too little and that I’d end up with a dry cake. I fugured I’d rather ere on the side of having too much liquid ingredients rather than too little, so I added in about another 1/4 cup of heavy cream. Because after all, how can you have too much heavy cream?

I was also a little afraid that my filling would not turn out because my gelatin didn’t seem to disslove very well. But it has heavenly. I would have been perfectly happy to forget the cake layers and just sit down on the couch with a spoon and the bowl of amarreto filling. 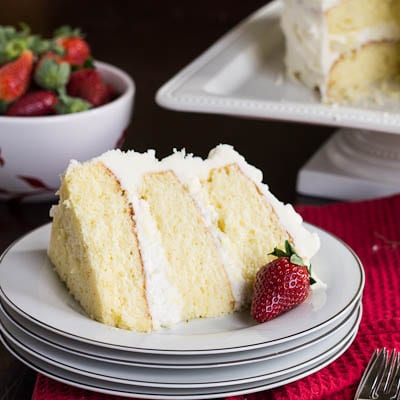 Update: There has been some confusion about the amount of cream needed in this recipe. You will need a total of 4 cups, plus possibly a little extra. Read the above post to see why I used a little extra.
2 cups are used to make the almond cream. The almond cream is then divided and 1/4 cup is reserved for the Buttercream Icing and the rest is added to the cake batter.
A separate 2 cups of cream is used to make the Amaretto filling.