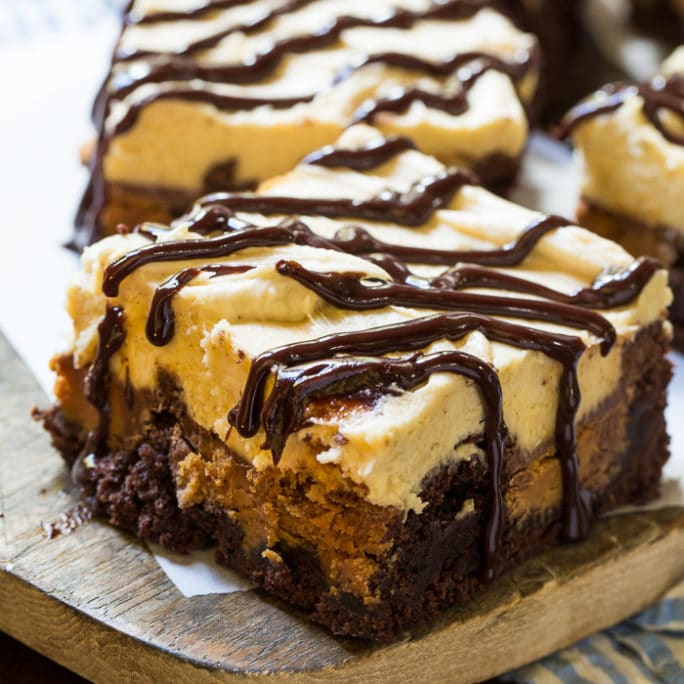 The only dessert I like more than brownies are brownies that include peanut butter cups. When it comes to peanut butter and chocolate, I can’t get enough.

These fudgy Peanut Butter Cup Brownies have a layer of peanut butter cups baked into them and are covered with a light and luscious peanut butter frosting and then drizzled with melted chocolate. 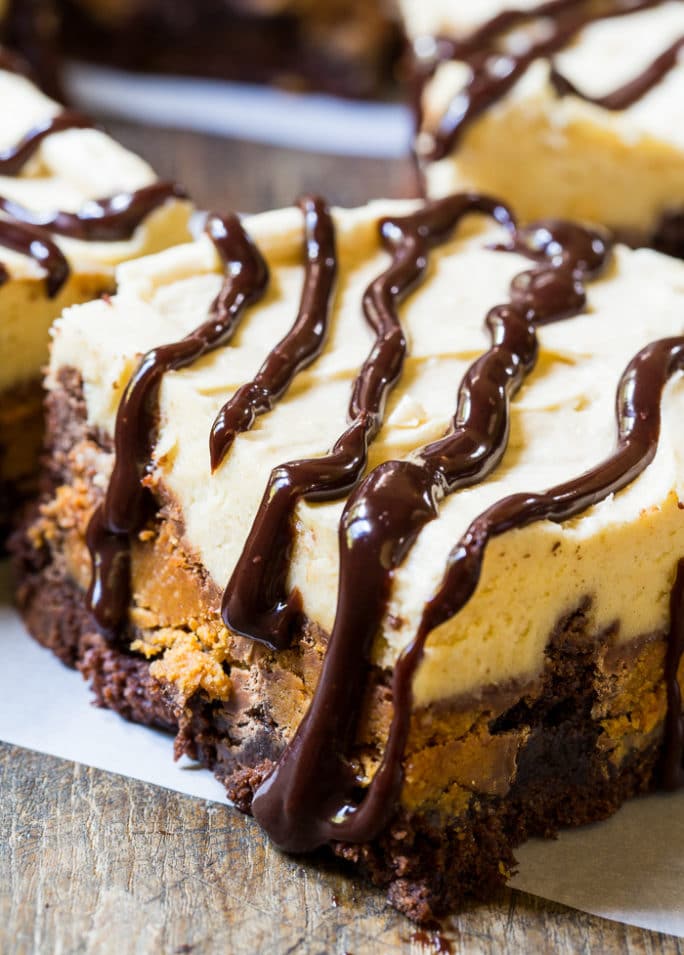 They have just the right balance of peanut butter and chocolate, neither overpowering the other. 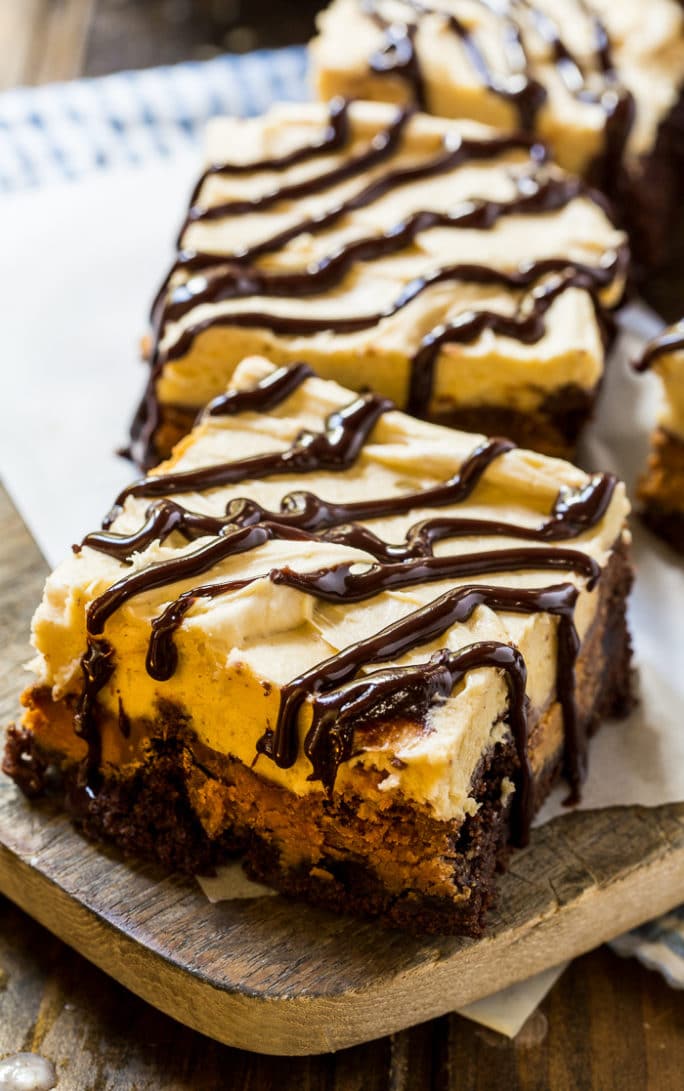 When you’re looking for a truly decadent brownie, this is it. 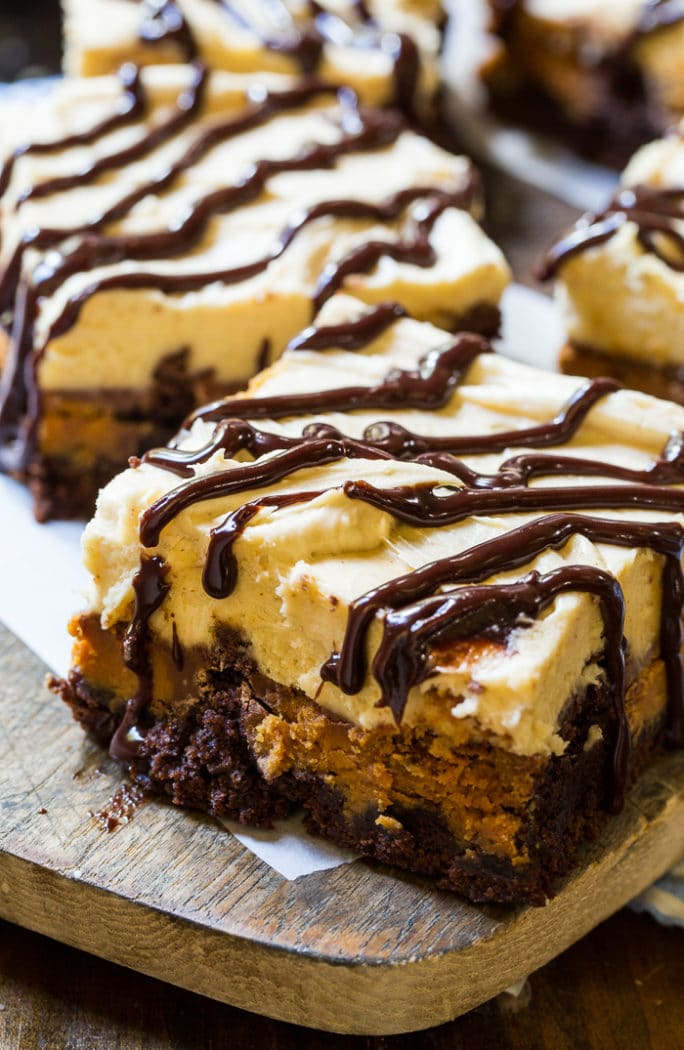 I used a boxed brownie mix to simplify the recipe some. First I prepared the brownie mix according to box instructions and then poured it into a 9×9-inch greased pan.

I then pressed 16 peanut butter cups into the batter so they were partially submerged and popped the brownies in the oven.

Once done, I let them cool and then covered them with the most delicious peanut butter frosting made from creamy peanut butter, powdered sugar, milk, and a little instant vanilla pudding mix.

For a finishing touch, I drizzled some melted chocolate on top for more chocolate flavor.

These are hands down some of the best brownies ever! 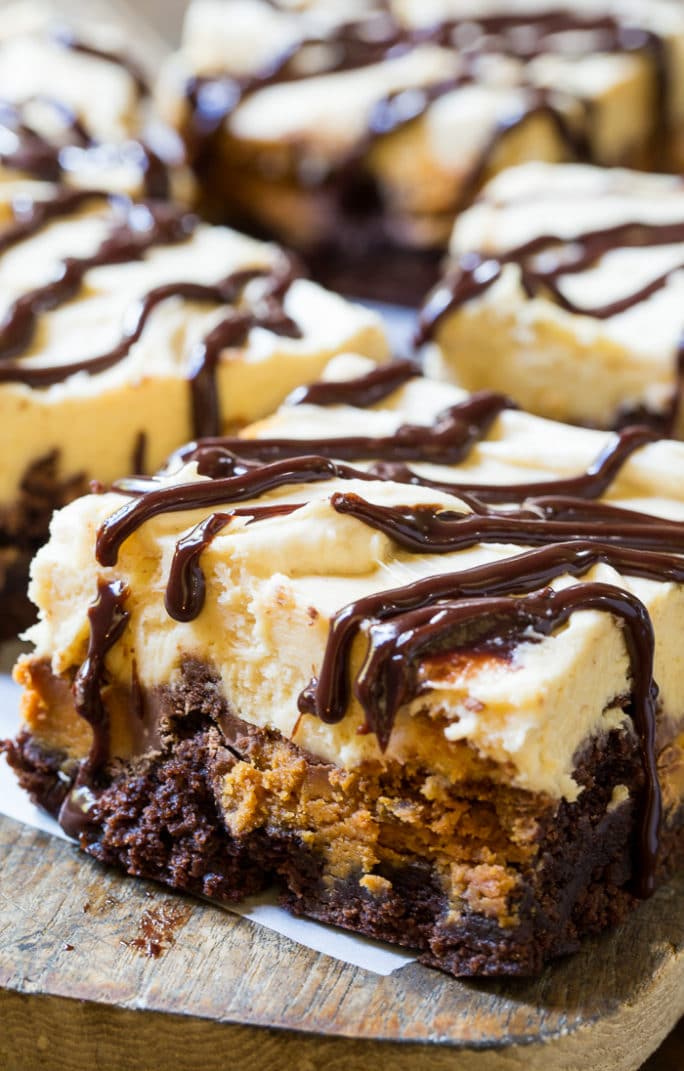 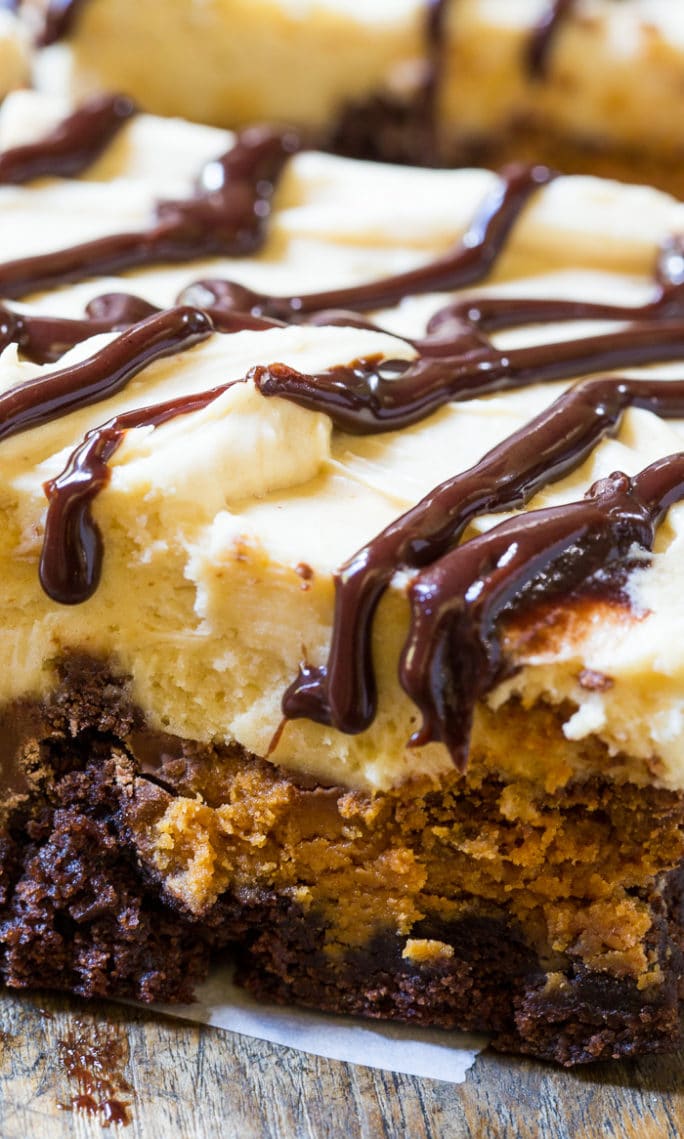 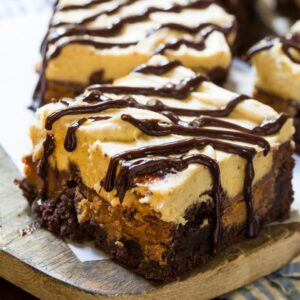 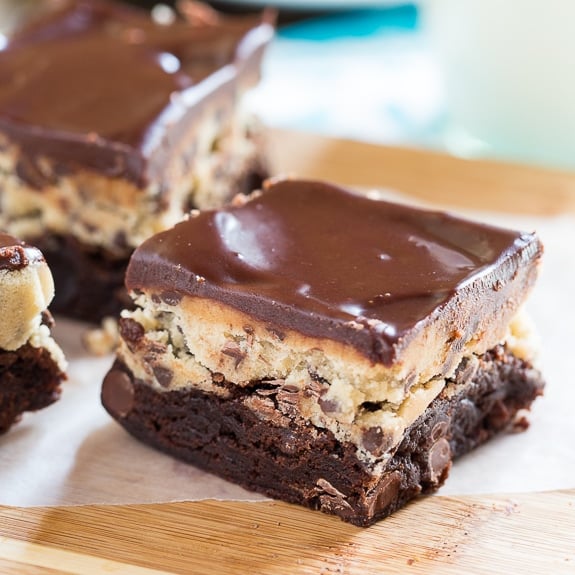 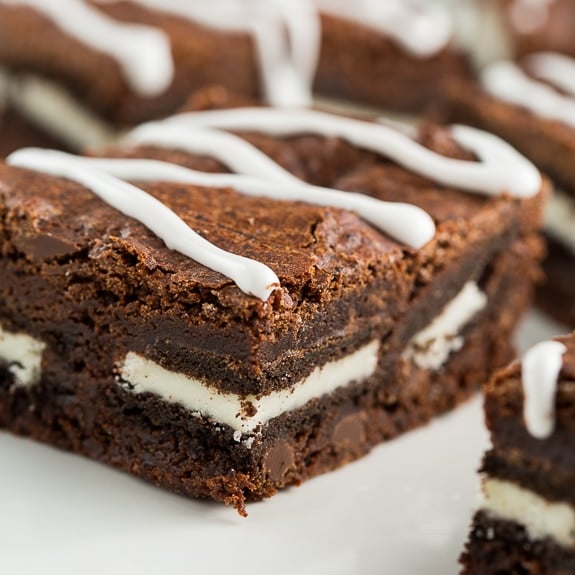