This Old-fashioned Oatmeal Cake is a dense but moist cake made with oatmeal and a broiled pecan and coconut icing. This type of cake has been popular for years and has stood the test of time, but considering how good it is, I don’t think people (including me) make it nearly enough. 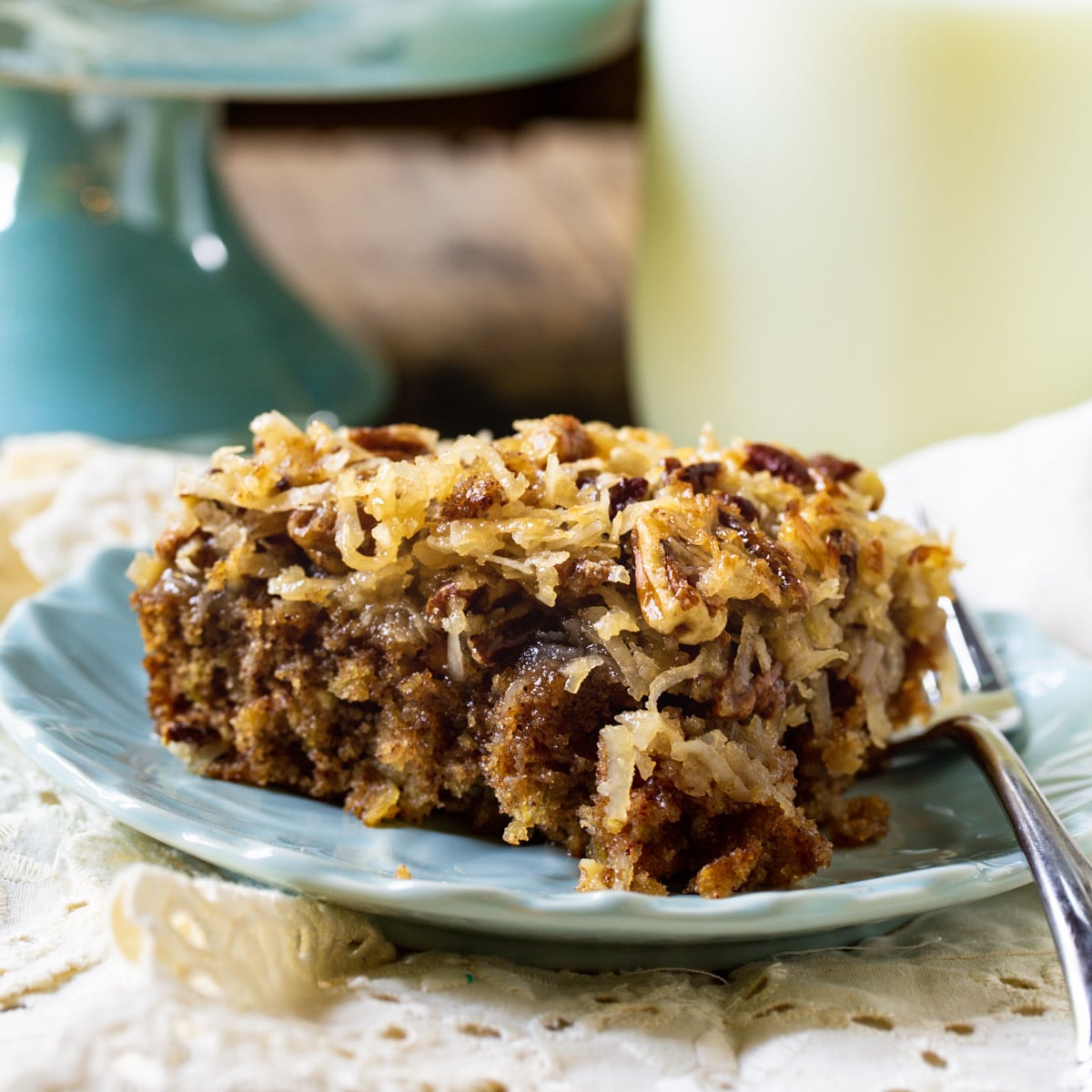 This cake is somtimes called Lazy Daisy Oatmeal Cake. Flavored with a little cinnamon and nutmeg, it is such a great dessert recipe.

Oatmeal Cake isn’t the prettiest or most glamorous cake, but it is plenty sweet and delicious and just the thing to satisfy any sweet tooth.

This cake is super easy to make in a 9×13-inch pan and you can be sure this classic cake will bring a smile to everyone who tries it.

The cake batter is made from a mixture of oatmeal, all-purpose flour, whole wheat flour along with butter, eggs, granulated sugar, and brown sugar. The list of ingredients is fairly long, but they are all common items that you most likely have on hand.

A little cinnamon and nutmeg give this Oatmeal Cake some fall flavor and make it smell heavenly. 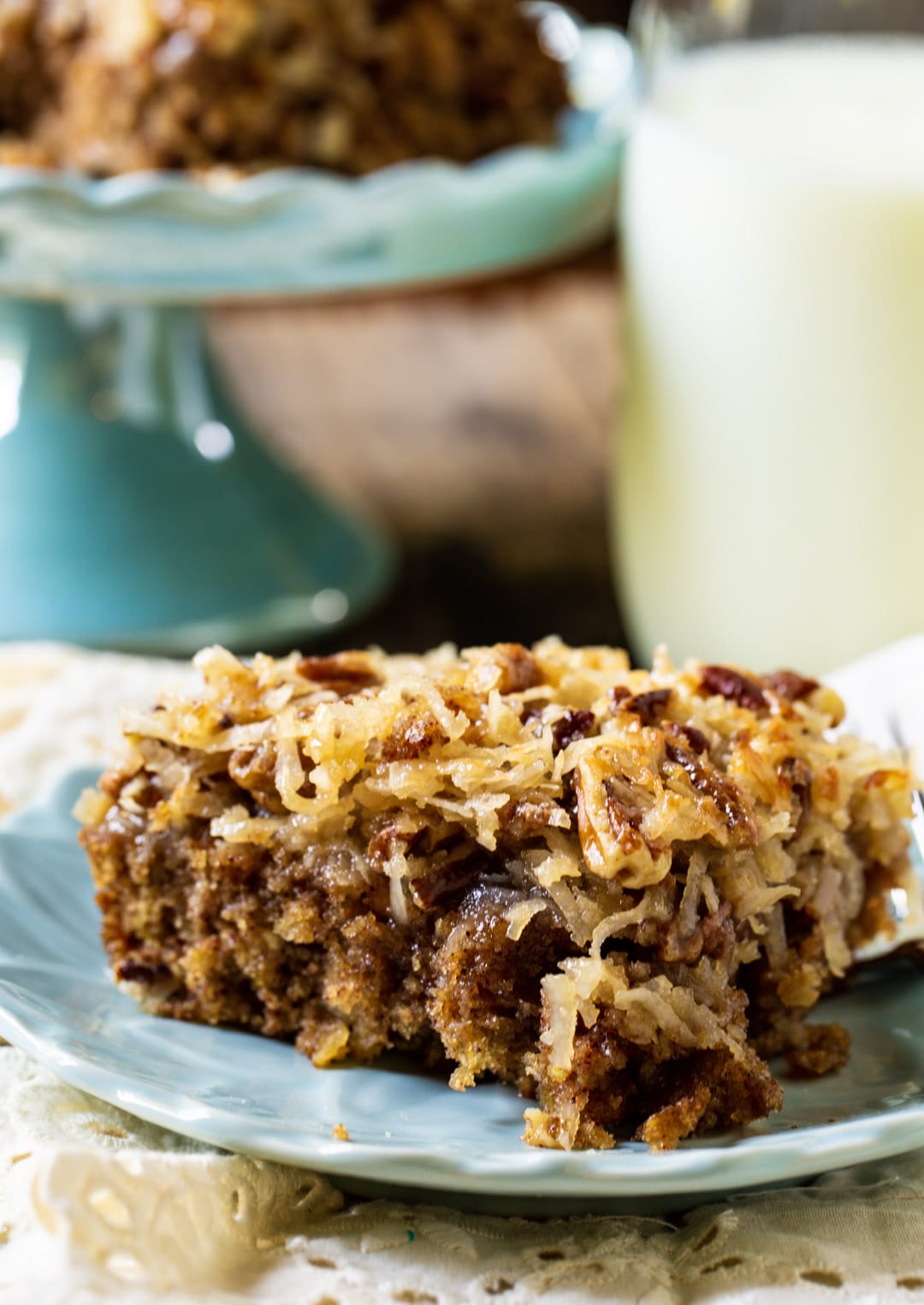 The icing, which is made from butter, half-and-half, brown sugar, coconut, and pecans is the perfect compliment to the cinnamon and nutmeg flavored oatmeal batter. Once the icing gets spread on the cake, it’s placed under the broiler to get the icing gooey and warm and the coconut and pecans nicely browned.

Since this cake has oats in it and is named Oatmeal Cake, it can be eaten for breakfast don’t ya think? 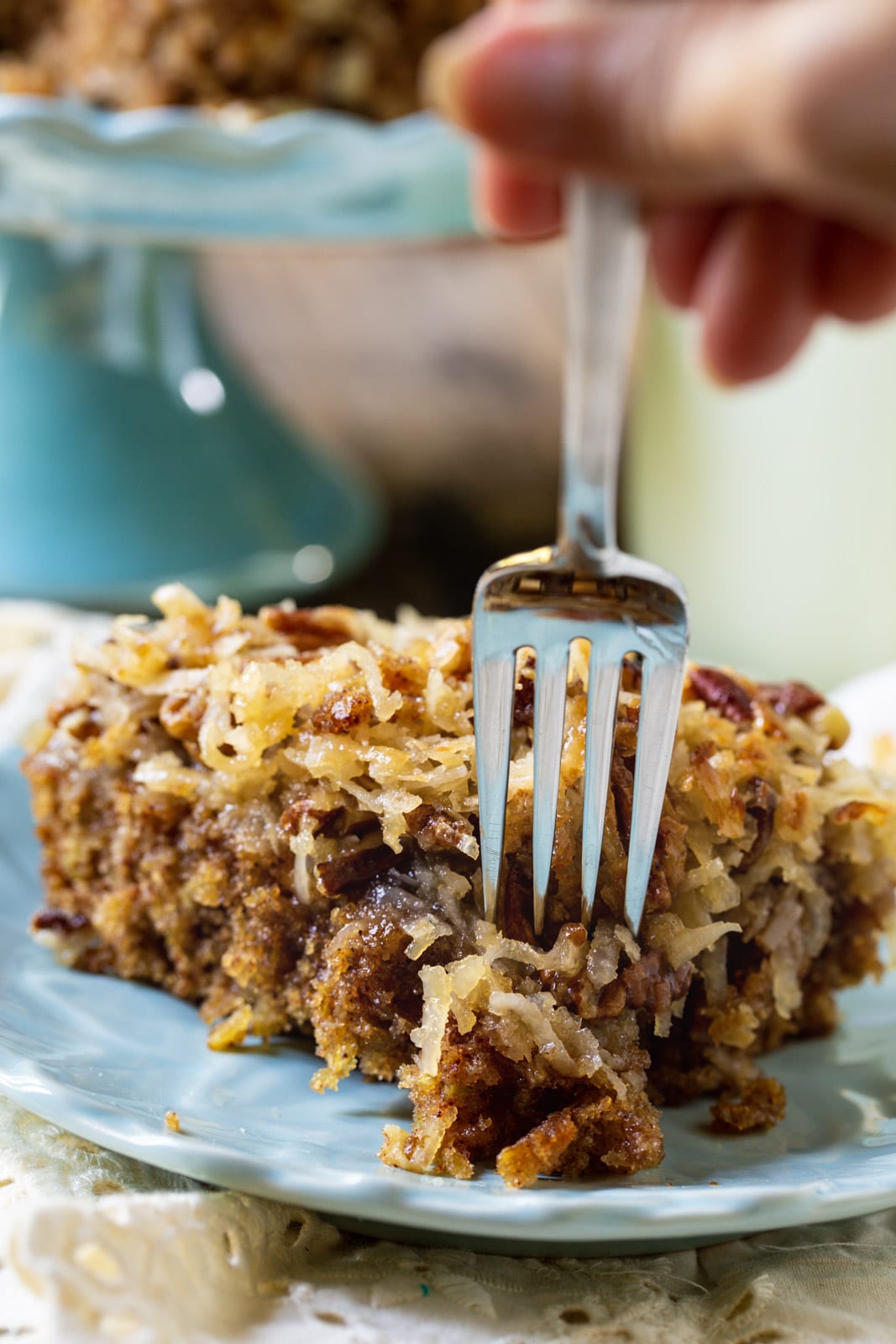 Cake can be served warm or at room temperature.

Can be stored at room temperature for about 4 days. Leftovers go great with coffee for breakfast. 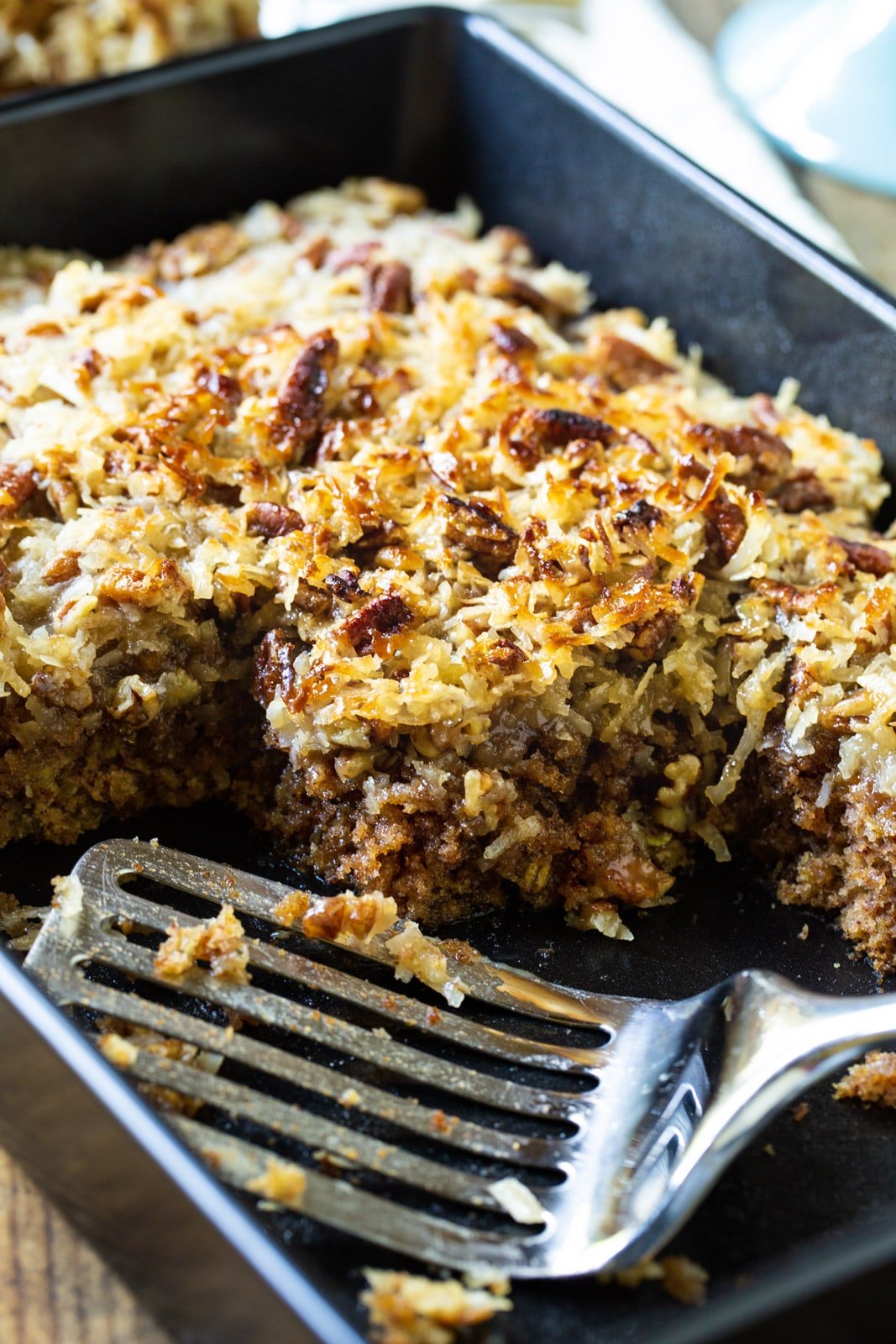 Try These Other Old-Fashioned Desserts

Can be stored at room temperature for 4 days. 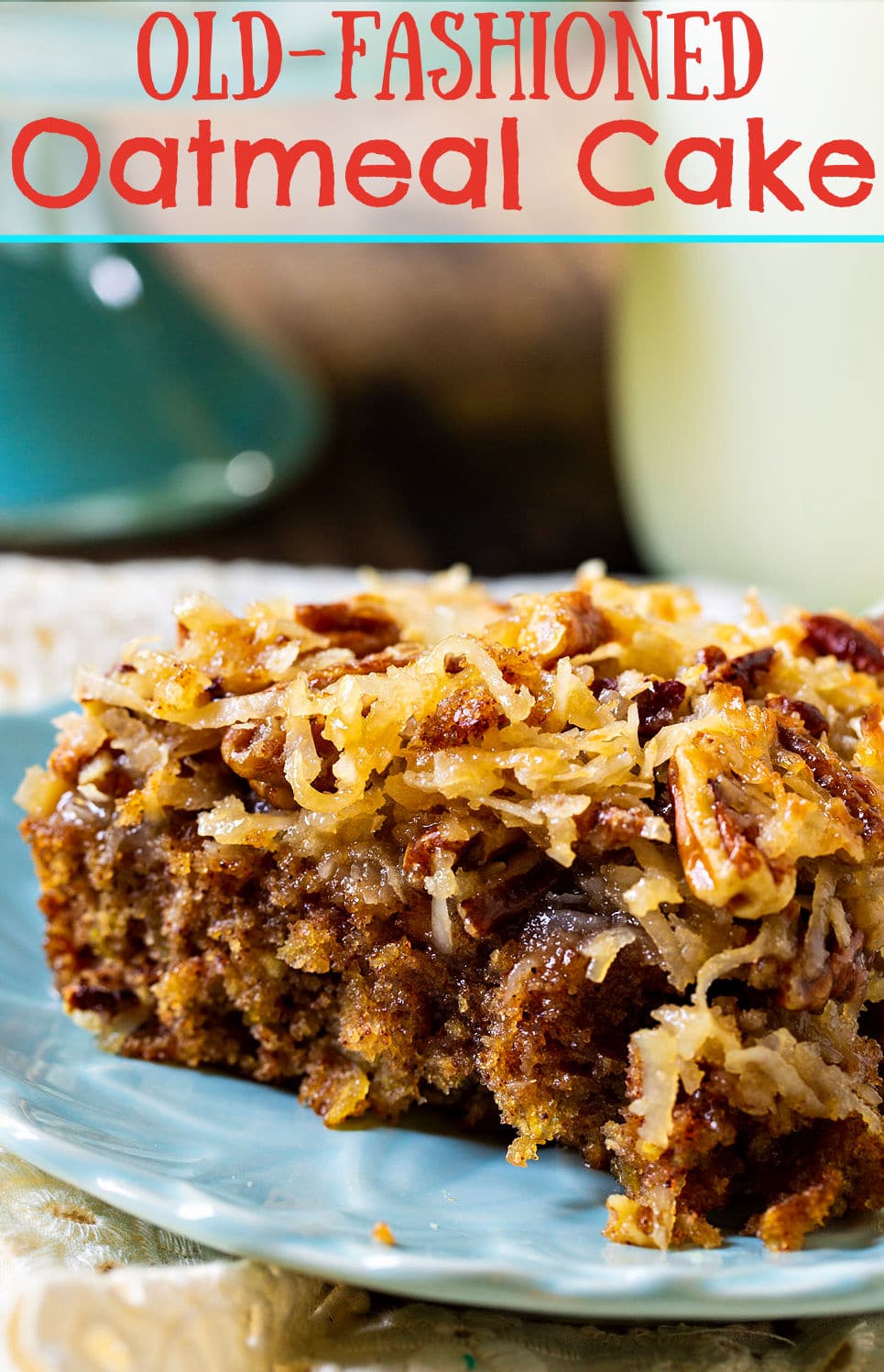