I love recipes that combine two of my favorite foods into one dish. This recipe, which I’ve adapted from Southern Living, does a wonderful job of blending two southern favorites- mac and cheese and King Ranch Casserole- into one delicious meal. 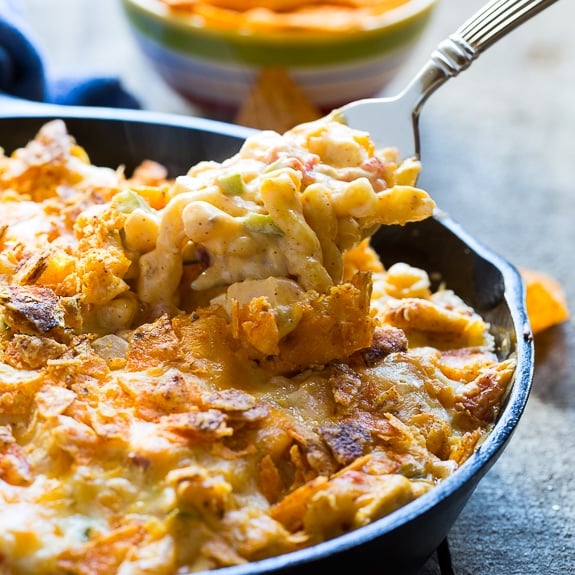 I actually had very low expectations for this King Ranch Mac and Cheese recipe. I think something about the idea of tomatoes in my mac and cheese put me off. And a can of cream of chicken soup in my mac and cheese? That really raised an eyebrow. But my friend Stephanie of Plain Chicken did her own version of this recipe and she raved and raved about how good it was.

So I knew I had to keep an open mind and give it a try. 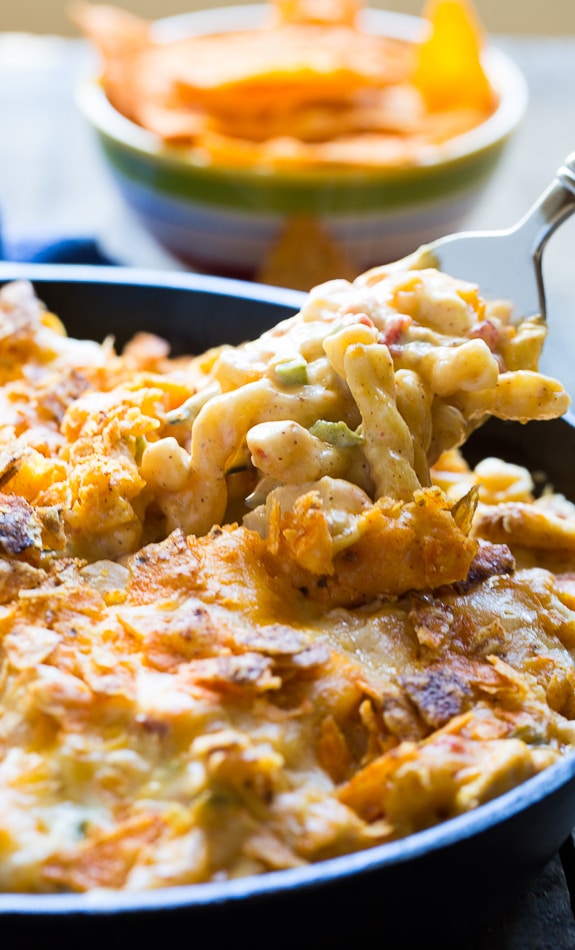 And boy was I glad I did. I can honestly say it was one of my favorite meals in recent memory. It is cheesy, creamy, and spicy with a crunchy Dorito topping and diced chicken really makes it feel like a full meal. 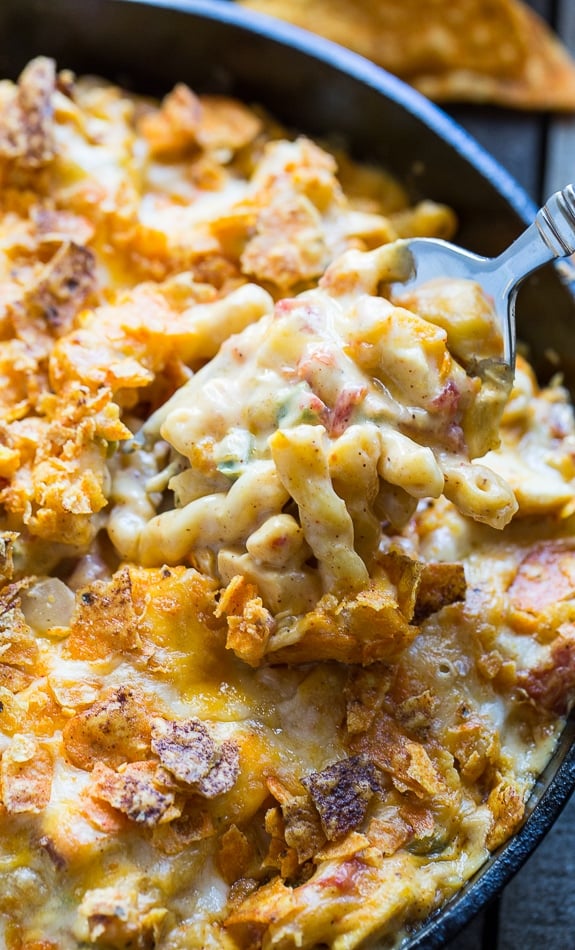 There are seriously so many flavors going on in this King Ranch Mac and Cheese – tomatoes and spice from a can of Rotel tomatoes and chilies (I used hot Rotel which gave the mac and cheese a fairly high spice level), but you could use mild instead.

There are southwestern flavors from chili powder and cumin, plus plenty of cheese flavor from cheddar cheese, Monterey Jack cheese, and Velveeta cheese. 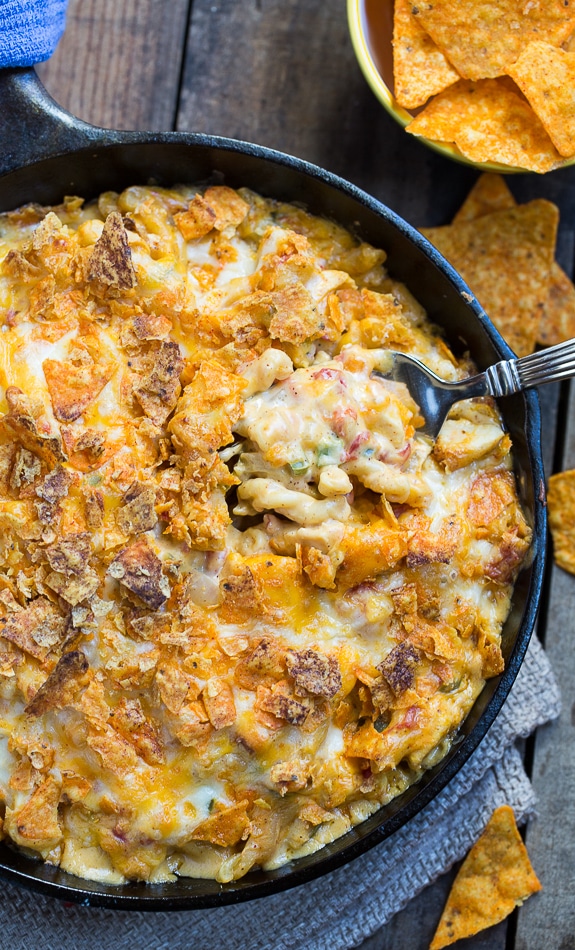 Sour cream and a can of cream of chicken soup help keep King Ranch Mac and Cheese super moist, even after the cooked dish cools down. 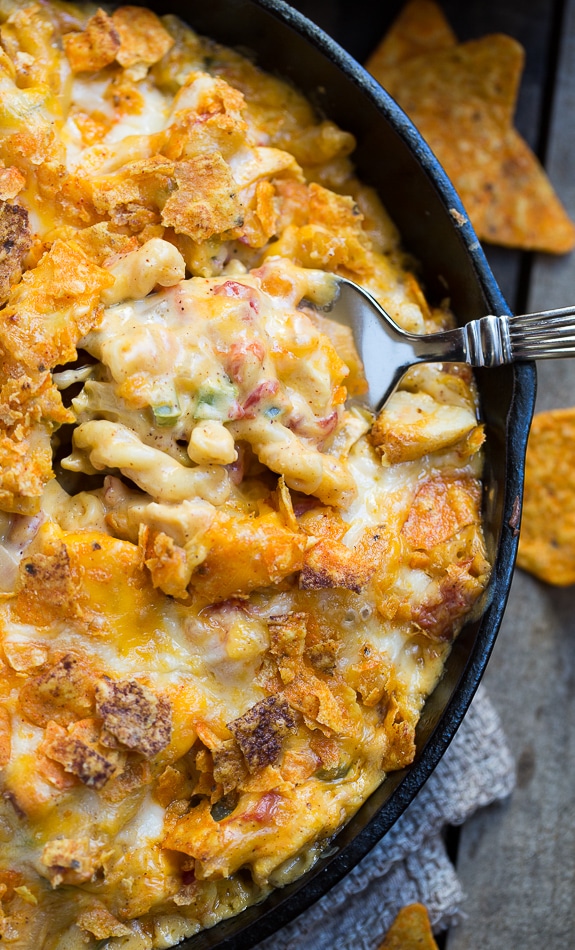 If you love the flavors of southwestern food, this spin on mac and cheese is sure to be a favorite! 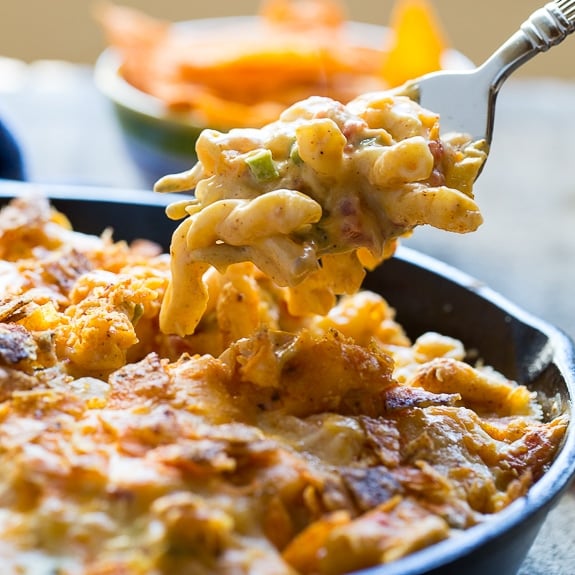 Sharing with The Weekend Potluck. 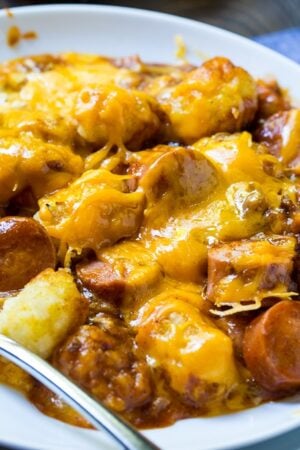 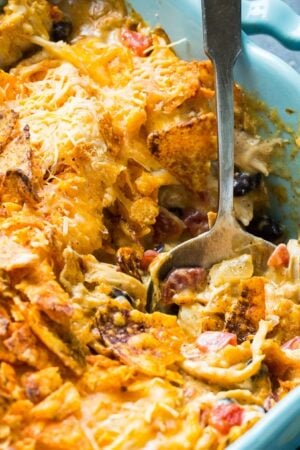