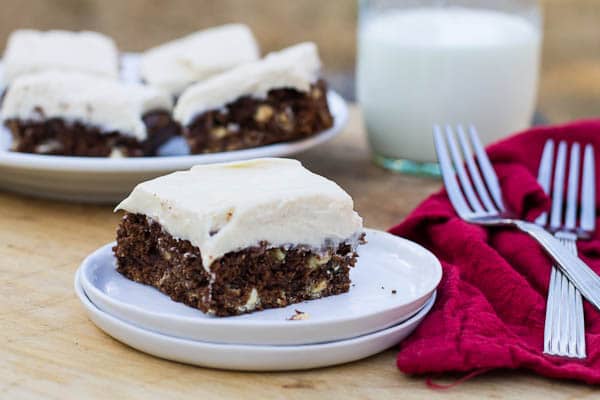 Gingerbread Brownies with white chocolate chips and a cream cheese frosting are a delicious way to kick off the Christmas season. I love things like gingerbread that are typically only eaten at a certain time of year. These gingerbread brownies are fairly dense, a little bit chewy, and full of spice, including a little bit of black pepper which I find gives gingerbread that extra something special. 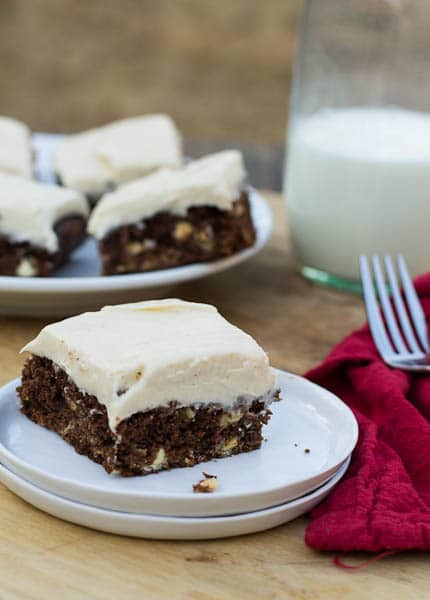 The cream cheese frosting is a little on the tangy side with a touch of sweetness. There’s a nice thick layer of it and a little cinnamon rounds out the flavor.

We are happy to report that after over a week spent in the hospital, our 16-year-old son is home and doing well. Yesterday he completed his first round of chemotherapy for testicular cancer. Fortunately, the chemo is having little effect on how he feels, at least so far. Leave it to my boy to request a cheeseburger and fries after chemo! 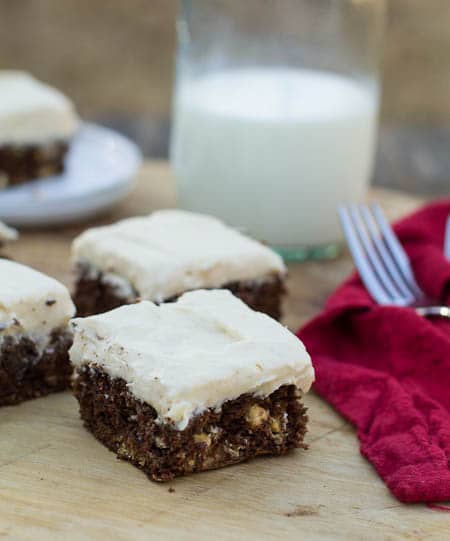 We have had so much amazing support from friends, family, and neighbors. Word is we have people signed up to bring us a meal every other day until the second week in January. This will be such a huge help and will allow me to dedicate what time I do spend in the kitchen to making fun, therapeutic recipes instead of being worried about what’s going to be on the dinner table that night. I’m thinking I may try to get over my fear of yeast and bake some breads. Or maybe some cinnamon rolls. I don’t think I’ve ever made cinnamon rolls.