Crock Pot Bread Pudding with Buttered Rum Sauce is fabulously delicious and rich. It only takes 10 minutes to prep and then it cooks slowly in the crock pot. Serve it warm with ice cream or fresh whipped cream for a dessert you won’t soon forget. 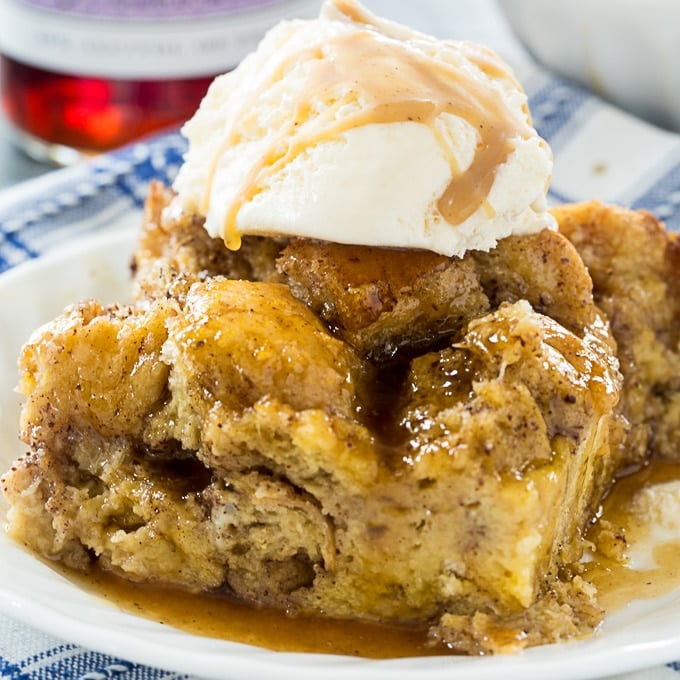 Bread pudding is one of my weaknesses. I just can’t resist it.

It’s easy to tweak a basic bread pudding recipe. Add dried fuits or chocolate or nuts. There are all kinds of ways to add a little extra flavor.

This Crock Pot Bread Pudding with Buttered Rum Sauce is wonderfully sweet and flavored with a little cinnamon, nutmeg, and rum. It’s a pretty traditional tasting bread pudding but the buttered rum sauce really takes it over the top! Buttered run sauce is a fabulous way to finish off bread pudding. It’s an easy mixture of butter, brown sugar, rum, and a little nutmeg. So good!

I love making bread pudding in a slow cooker. The long, slow cooking time keeps it rich and moist in the center, but it sets up really well too. And it gets wonderfully browned and crispy around the edges. 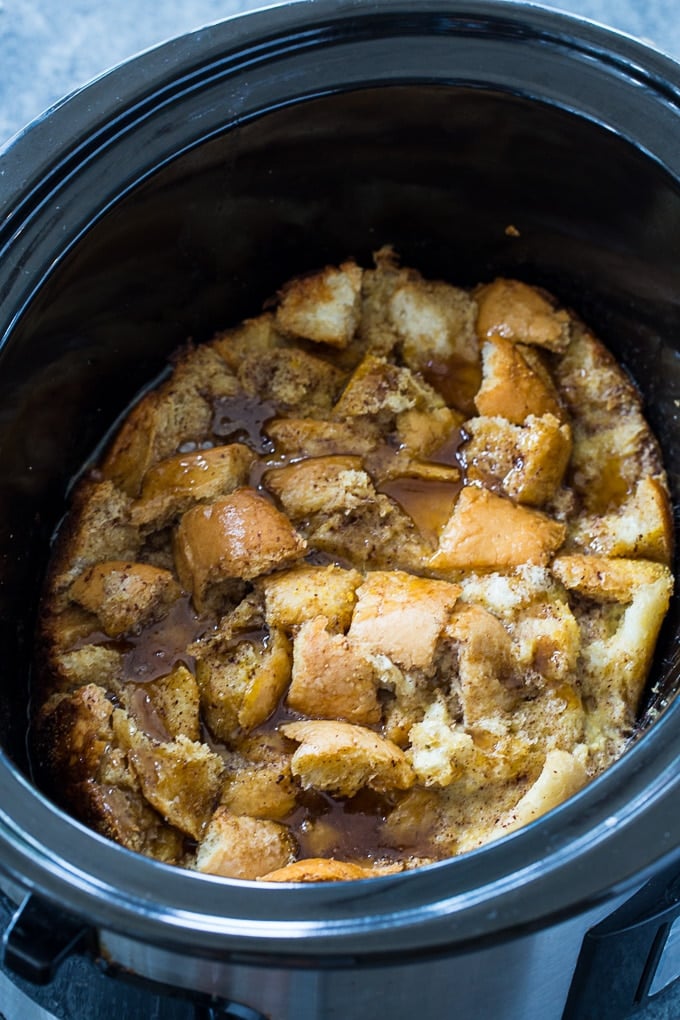 Another benefit of making bread pudding in a slow cooker is your home will smell wonderful for the 3 hours it cooks. 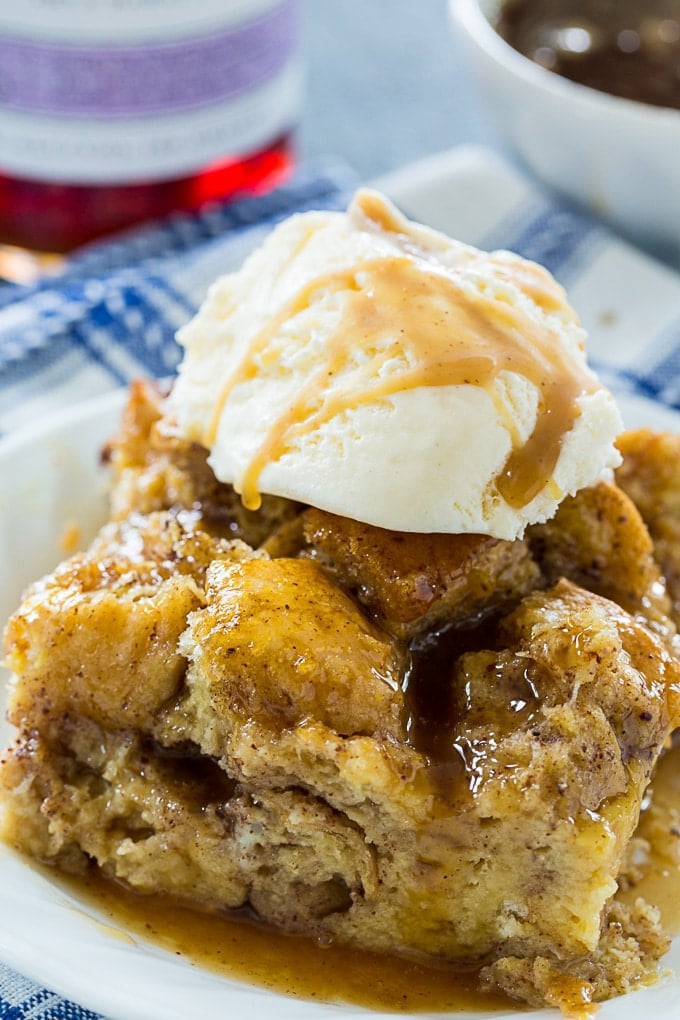 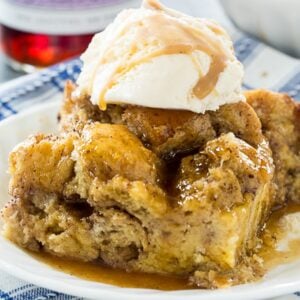 Calories does not include the buttered rum sauce or ice cream. 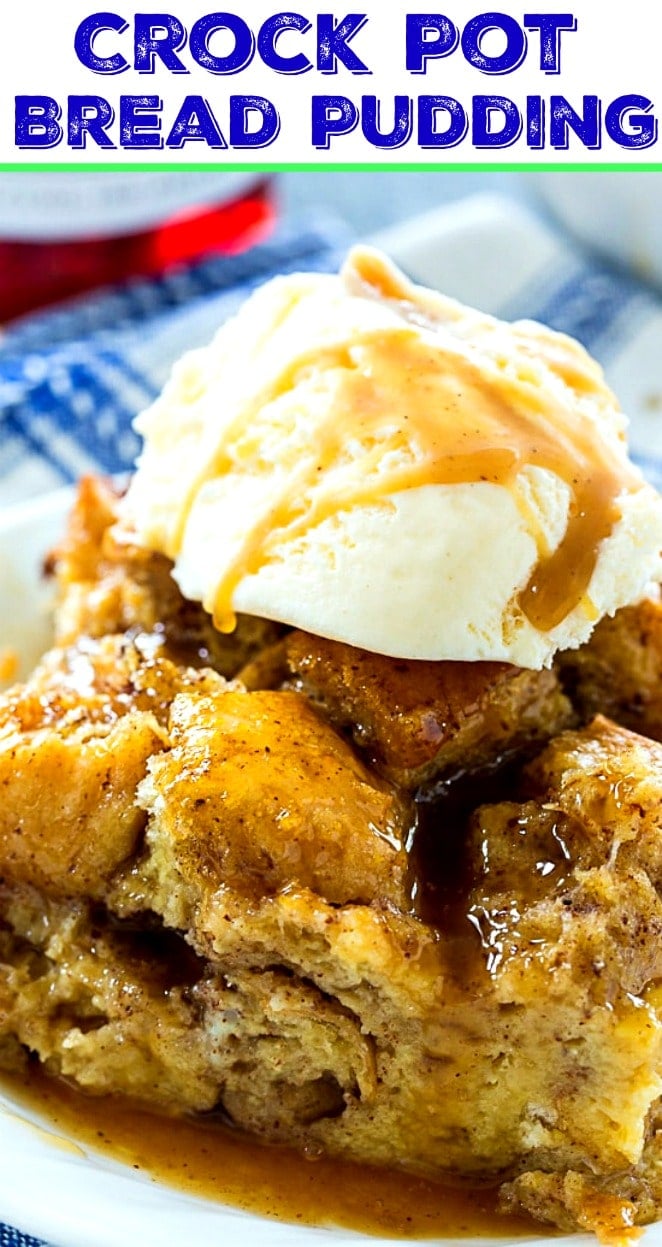