Cinnamon-Peach Bread Pudding made with a combination of refrigerated biscuits and cinnamon rolls is a summer dessert that’s bursting with peach flavor! It’s best served warm with a large scoop of vanilla ice cream. 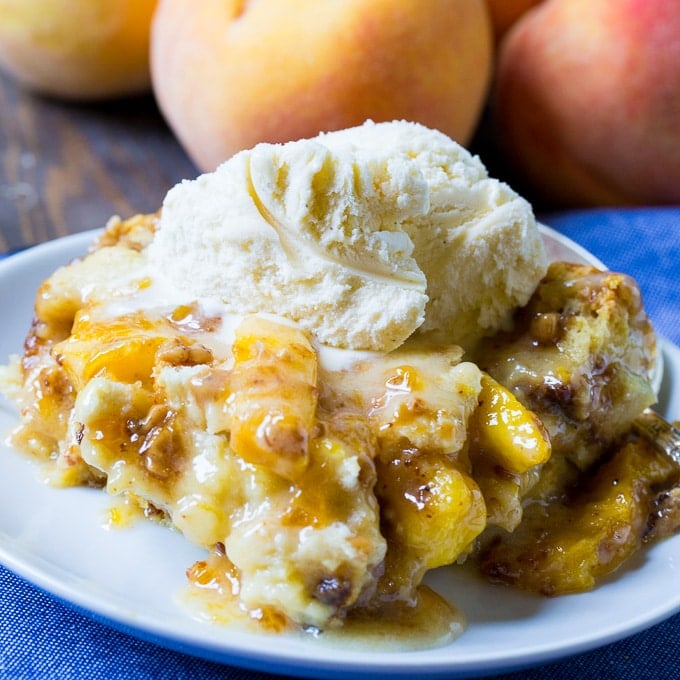 In addition to lots of cinnamon flavor, this bread pudding also has toffee bits and a marvelous glaze made from mixing peach preserves with the icing that comes with the cinnamon rolls. 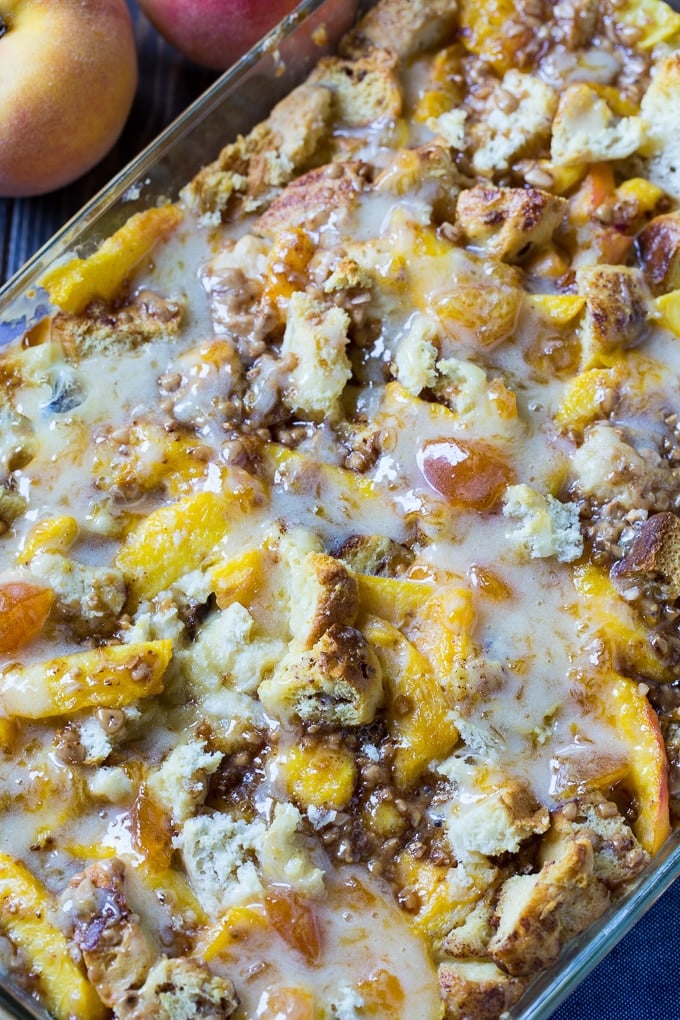 I hated bread pudding as a child, but as an adult it’s my very favorite dessert. Especially when served warm with lots of vanilla ice cream.  🙂

And there are so many different flavor combinations for bread pudding, the options are endless. I also love this Blueberry White Chocolate Bread Pudding with Amaretto Sauce. 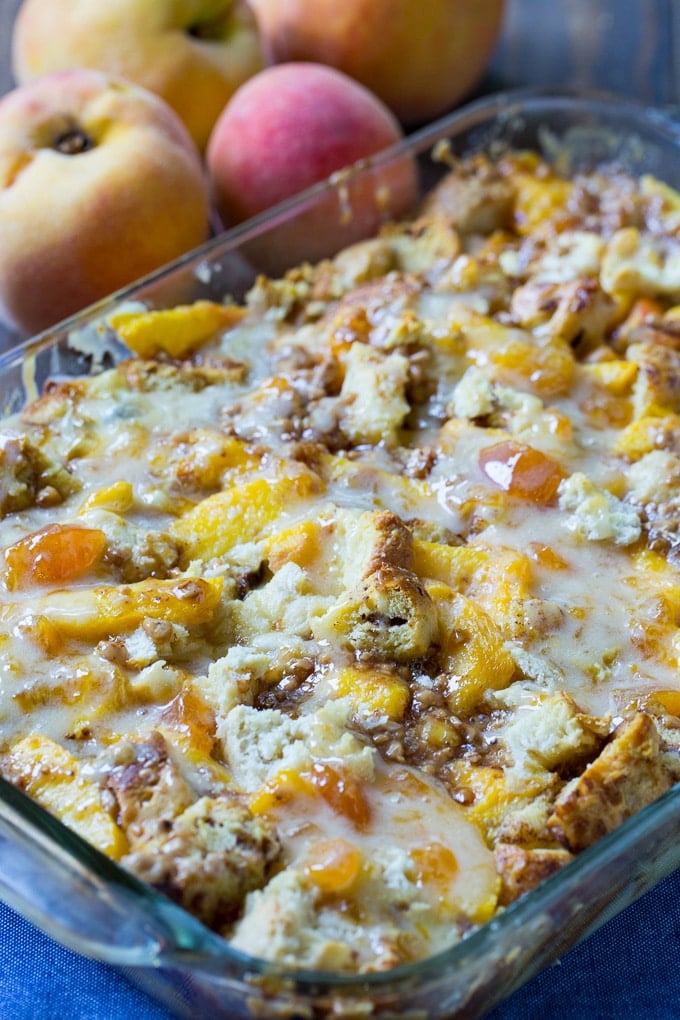 For a summer dessert, you can’t beat this Cinnamon Peach Bread Pudding. It’s so rich and sweet!

Cinnamon-Peach Bread Pudding is an amazingly delicious dessert to enjoy all summer long. Or all year long. Just substitute frozen or canned peaches if peaches aren’t in season. 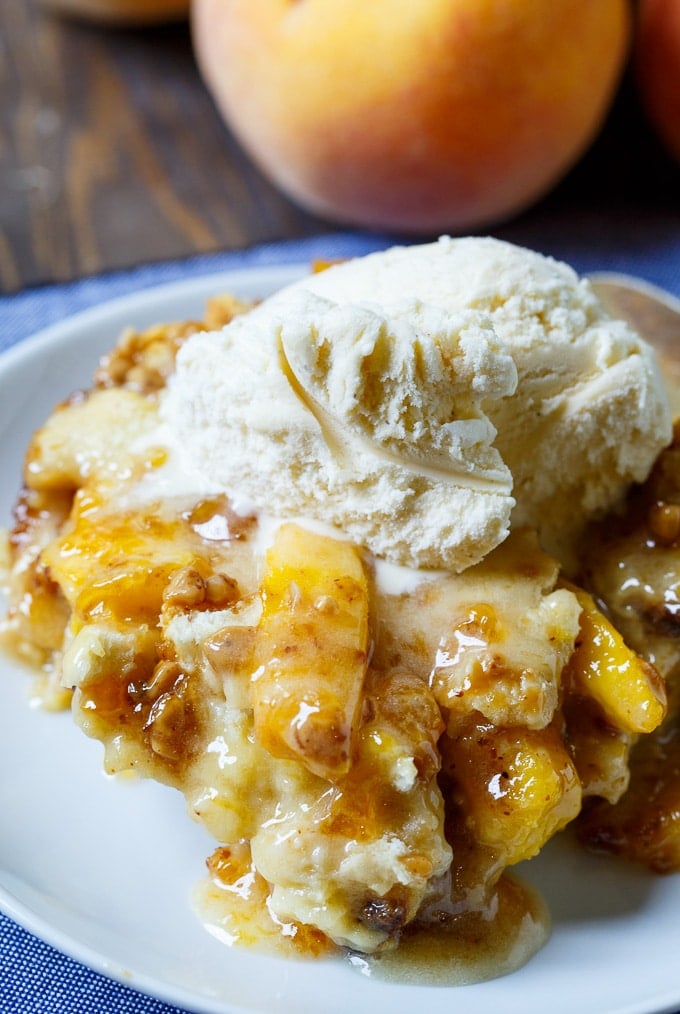 Never miss a recipe. Sign up HERE for the Spicy Southern Kitchen Newsletter. 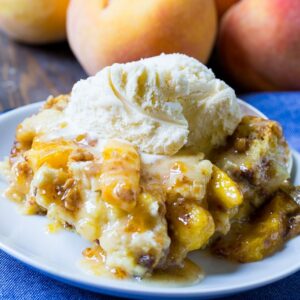 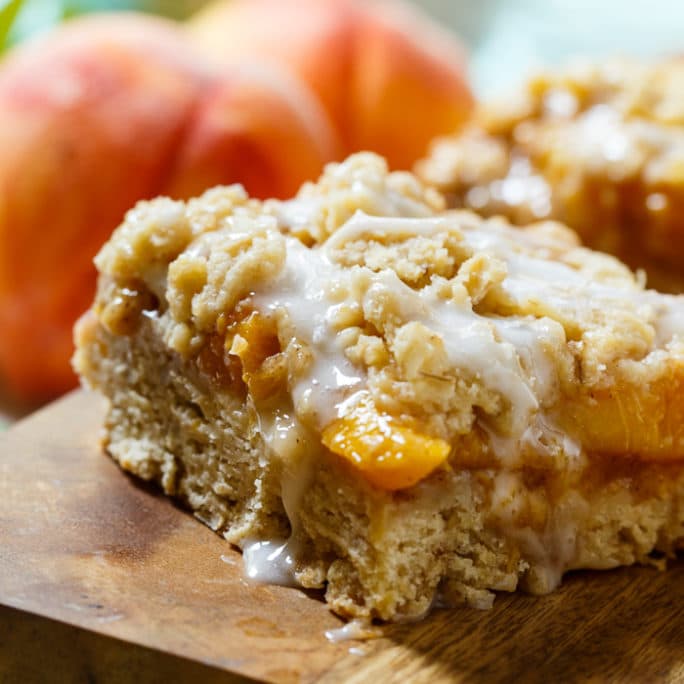 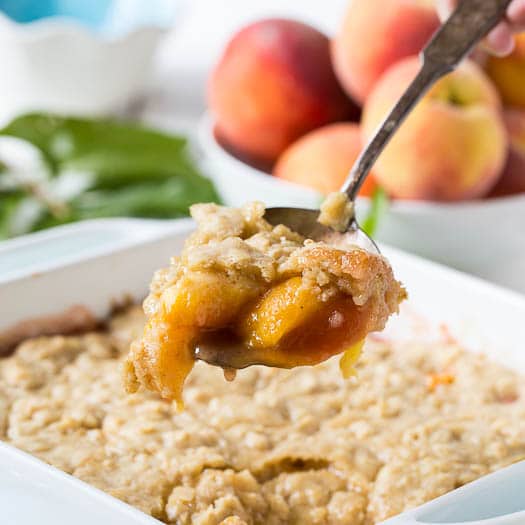