Skillet Bourbon Peach Cobbler with Cinnamon Sugar Dumplings is a delicious southern dessert that’s perfect for summer and can be made in about 30 minutes. Served warm with a little vanilla ice cream, this cobbler is a wonderful way to finish a meal. 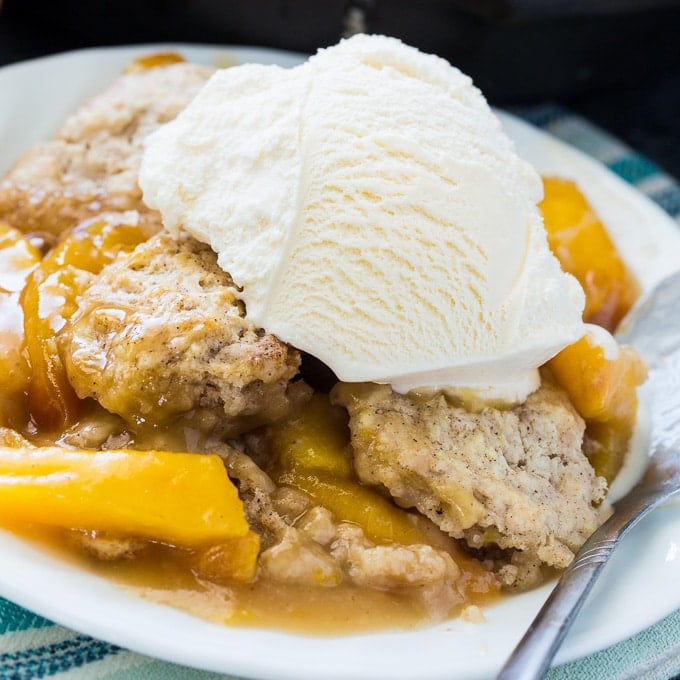 I’ve used fresh peaches but you could use frozen.

The bourbon really complements the flavor of the peaches. My favorite bourbon to use is Maker’s Mark, but there are a lot of good ones out there. Use the one that most appeals to you.

You’ll want to make this in a 9-inch cast iron skillet. If you do not have a cast iron pan, they are well worth the investment. They are inexpensive and will last a lifetime (and then some!). I know people who are still cooking with their grandparents and even their great-grandparents cast iron.

A simple dough made from self-rising flour, sugar, cinnamon, milk, butter, and vanilla extract is spooned on top. It bakes up crispy on the outside and plenty soft inside and the underneath part soaks up all that bourbon and the peach juices. Absolutely delicious! 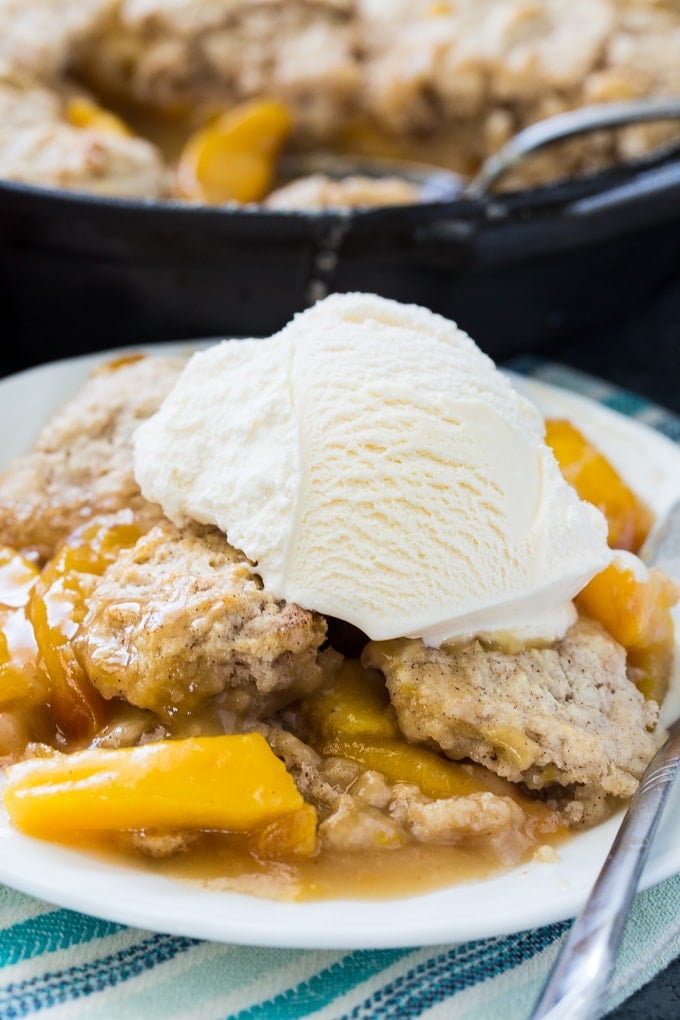 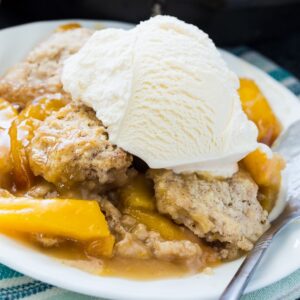 If you don't have a 9-inch cast iron skillet, you can cook the peach portion in a nonstick skillet and then transfer it to a 9-inch cake pan or baking dish.