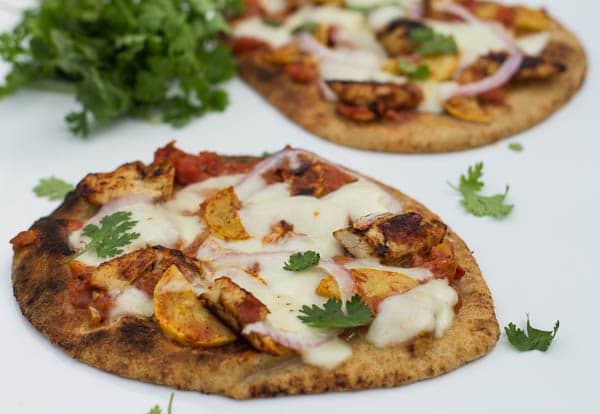 Spicy, spicy, spicy! You know we like it spicy. And this Indian-style pizza is perfect for spice lovers.

Chicken Tikka Pizza combines delicious pieces of broiled chicken spiced up with garam masala and sauteed yellow squash on top of a piece of naan coated in a deliciously spiced sauce made with diced tomatoes and a touch of whipping cream for richness. It’s all finished of with some thinly sliced red onion and fresh cilantro. 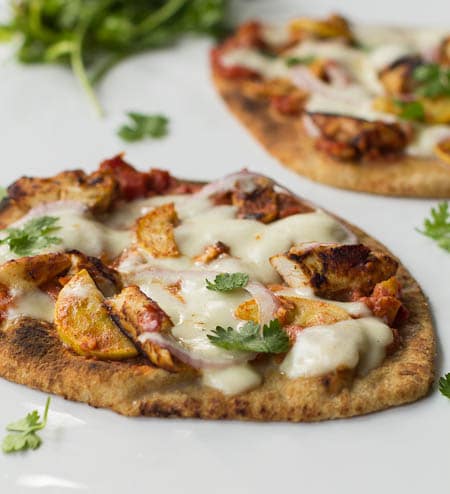 This is a recipe so good and easy, you’ll want to add it to your regular dinner rotation. 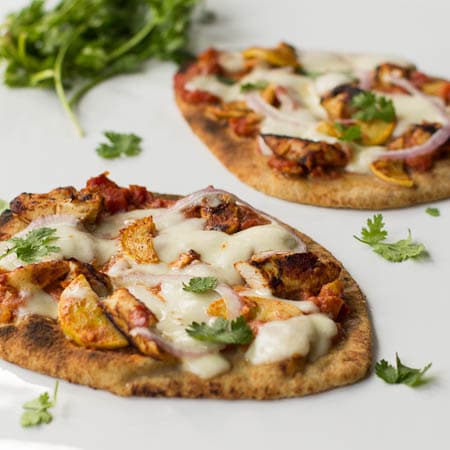 This was the first time I’ve used naan as a pizza crust. The original recipe (from Cooking Light) used whole wheat pita bread, but I thought naan would be more fun and much more in keeping with the Indian theme. Naan is just the perfect size for individual pizzas and it’s something I will definitely be using as a pizza base again in the near future. I can usually find packaged naan at my local store near the pita bread. It is not as fresh and tasty as naan that is homemade or from an Indian restaurant, but it works well for pizza. 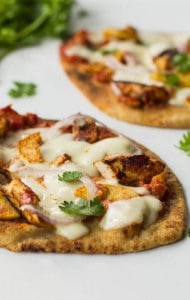 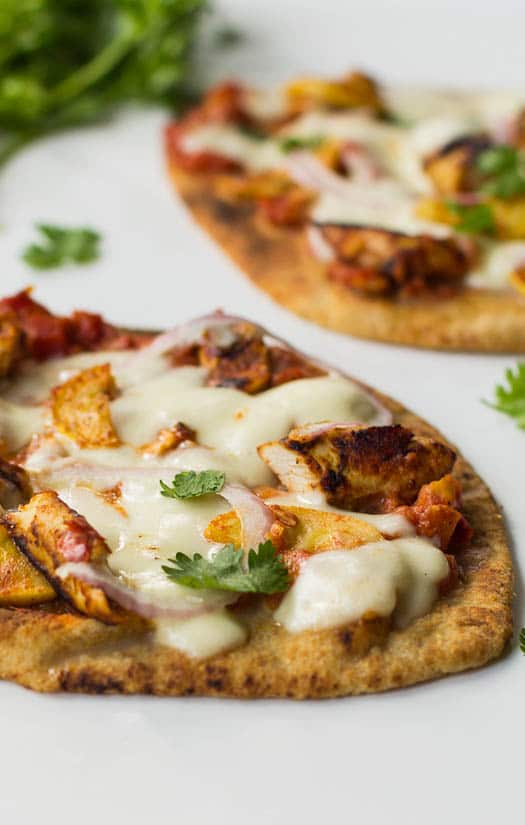