Andouille Sausage and Cornbread Stuffing is loaded with both andouille sausage and breakfast sausage. It’s spicy and super flavorful with lots of onion and red bell pepper. 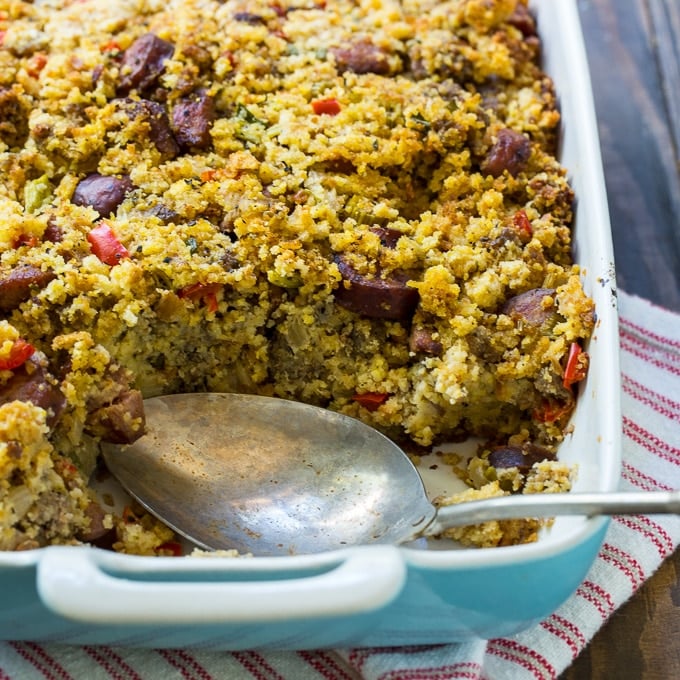 Can you believe Thanksgiving is almost here? This year has gone by exceptionally fast. Before we know it, we will be ringing in the New Year.

We alternate between having Thanksgiving at our house with my family and traveling to Virginia to spend Thanksgiving with my husband’s family. This year we will be home so I am in charge of the menu. 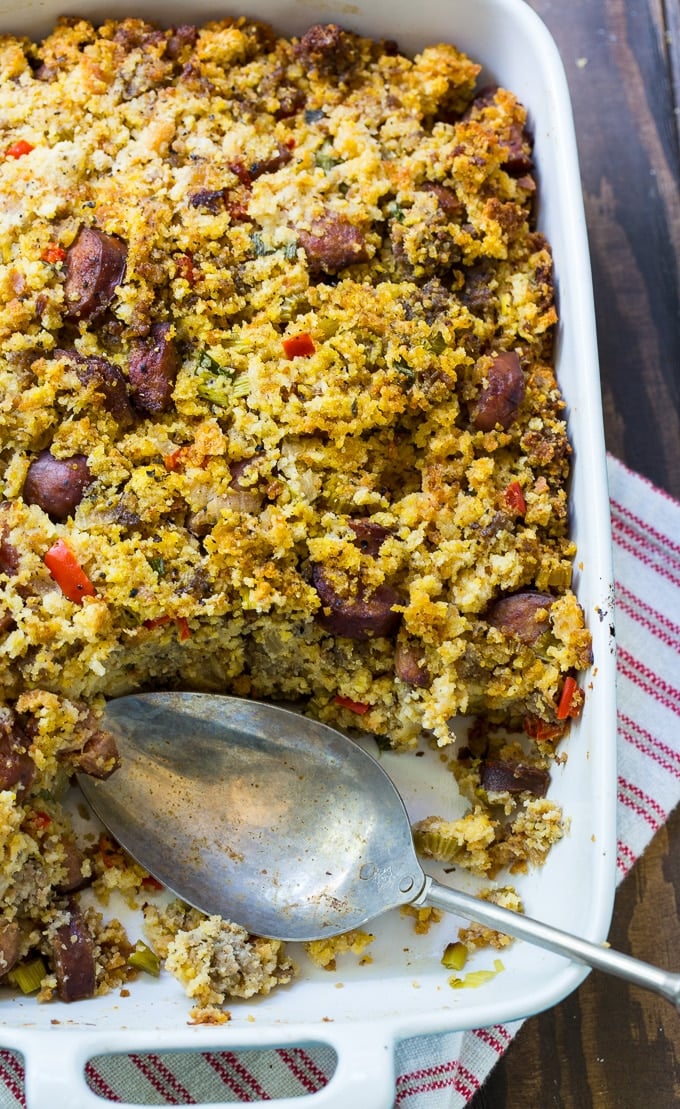 The turkey may take center stage on the Thanksgiving table, but in our family it is the stuffing that is most anticipated. There are obviously strong regional variations in the ingredients that are used to make stuffing. In the South, corn bread stuffings are very popular. This Andouille Sausage and Cornbread Stuffing is one of my favorites. It’s loaded with sausage, both Andouille and breakfast sausage. It also has lots of red bell pepper, onion, and celery. Thyme and sage give it that unmistakable Thanksgiving flavor.

This Andouille Sausage and Cornbread Stuffing recipe was originally published in Bon Appetit Magazine in 1999. That was the year my daughter was born! It’s been a part of our Thanksgiving meal quite a few of the intervening years. 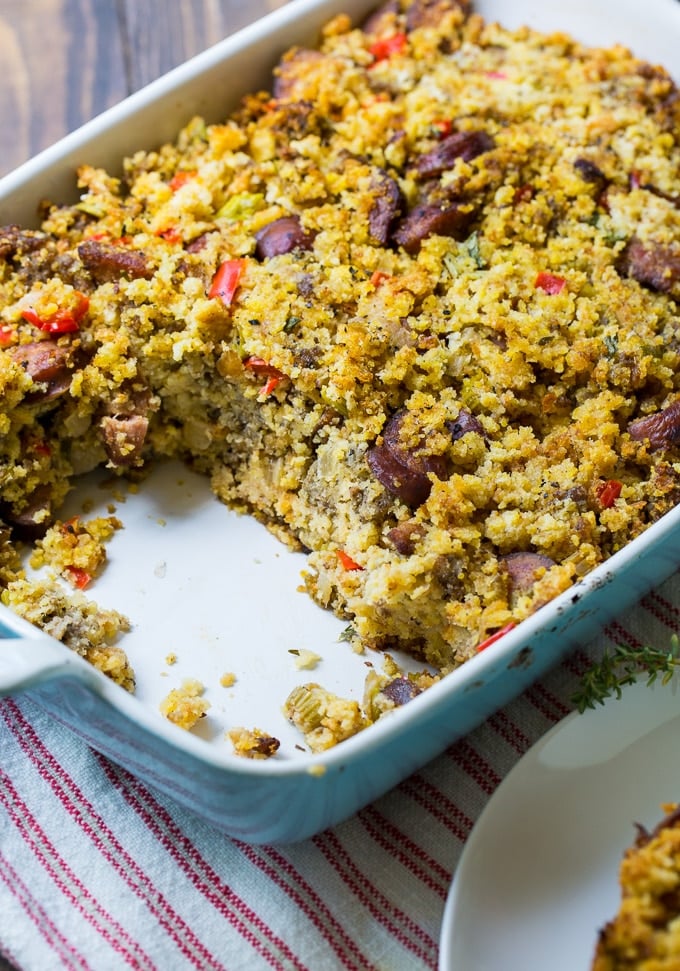 The recipe calls for packaged corn bread stuffing mix, such as Pepperidge Farm, but you can also make it with homemade corn bread. I’ve done it that way too, using a slightly sweet cornbread to contrast the spicy sausage. If you make your own corn bread, be sure to bake it a few days in advance to give it some time to dry out.

The Andouille Sausage really gives this stuffing a spicy kick. Andouille is a smoked pork sausage that is popular in Louisiana. It’s used in Red Beans and Rice, Gumbo, and Jambalaya. You should be able to find it at the grocery store, but if not you can order Andouille Sausage online. 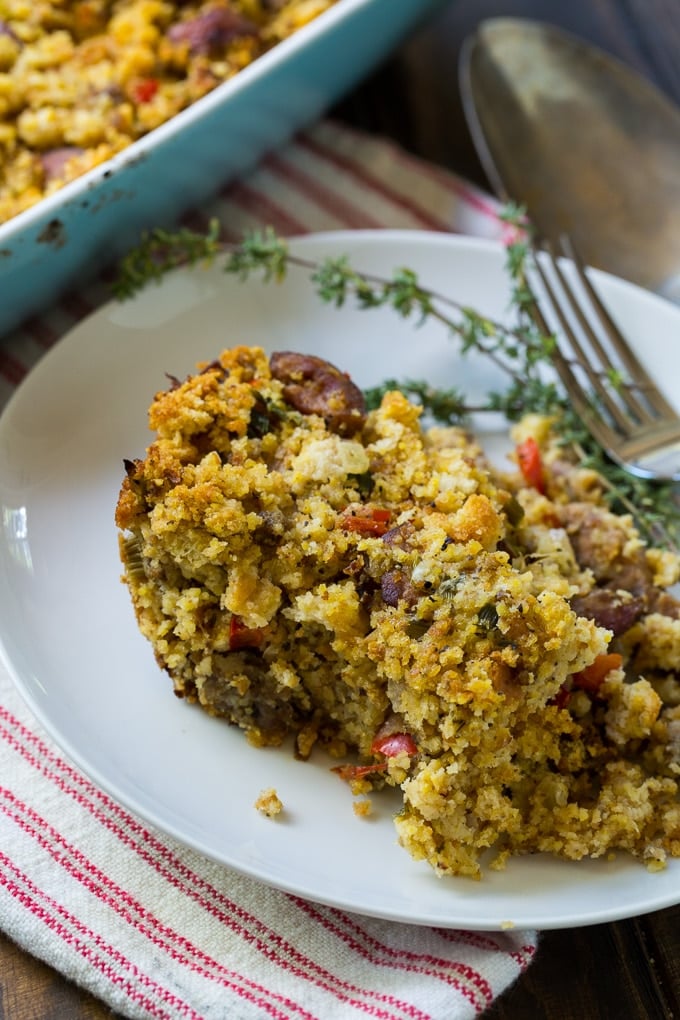 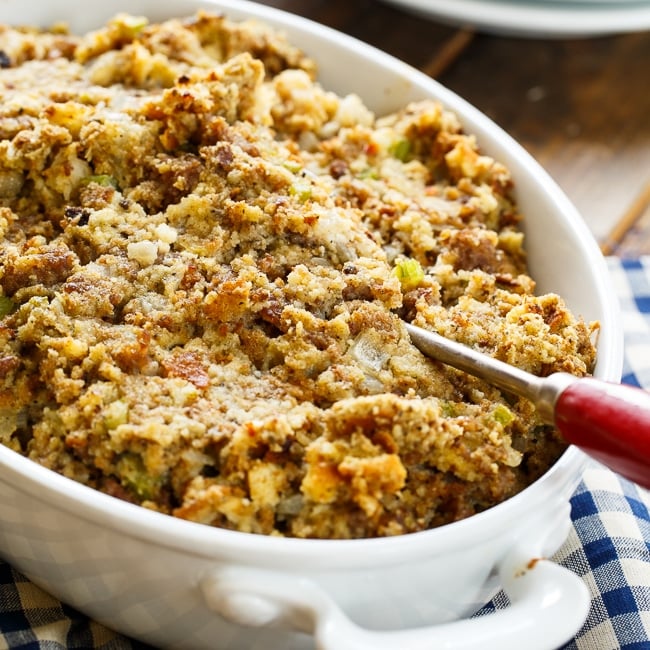 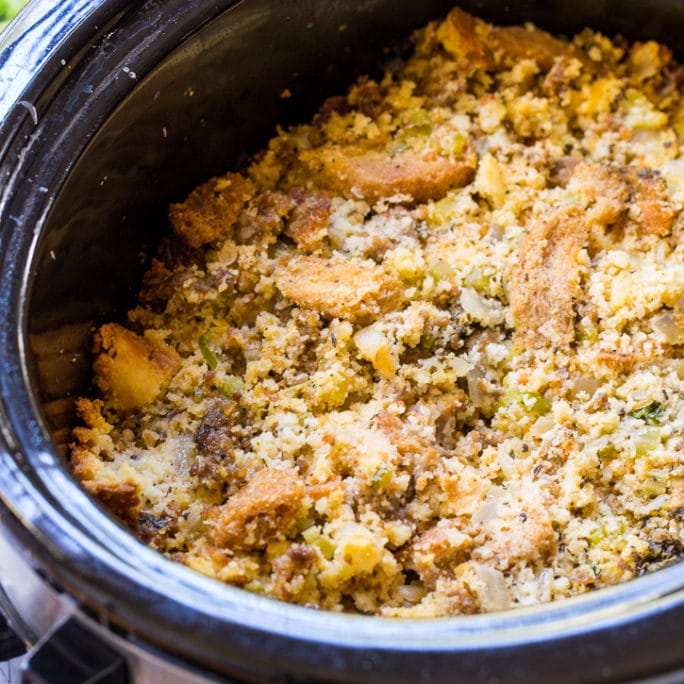