You may not think of cucumbers as snacking food, but I grew up snacking on them. During the spring and summer months, my grandmother always had a bowl full of sliced cucumbers floating in ice water with lots of fresh dill sitting on the kitchen table. My grandmother didn’t believe in eating between meals so having this bowl of cucumbers out to snack on was a big deal. 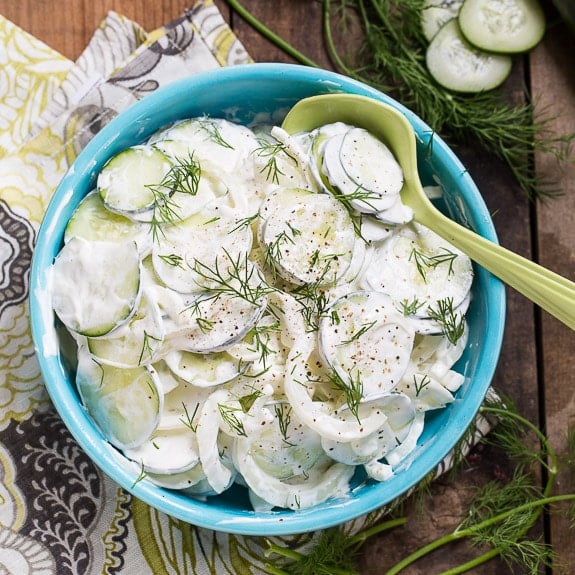 My second favorite way to snack on cucumbers is this Southern Creamy Cucumber recipe. It is an easy and delicious way to use up all those summer cucumbers. 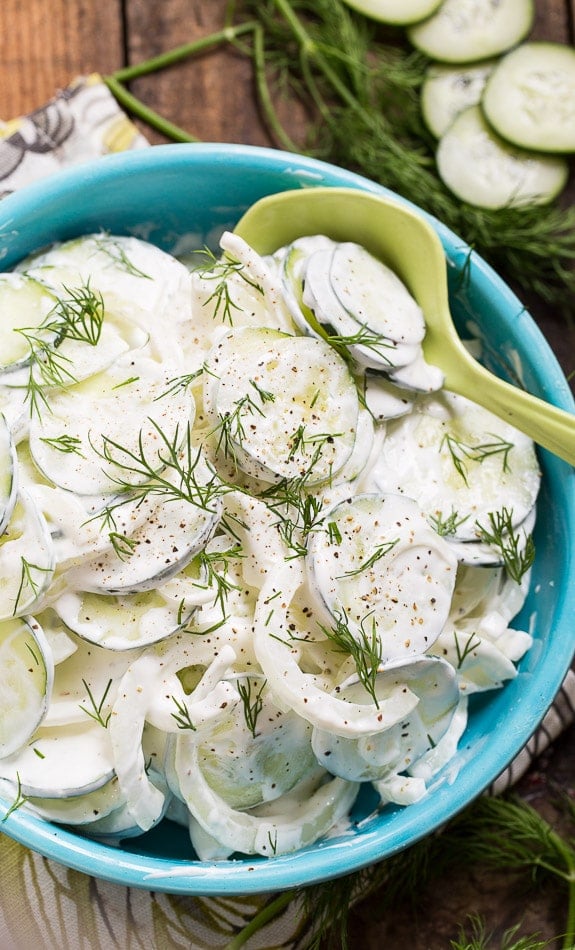 This recipe is lightened up with reduced fat sour cream and  SPLENDA® No Calorie Sweetener, Granulated, so you won’t have to feel guilty if you keep going back for one more slice of cucumber! 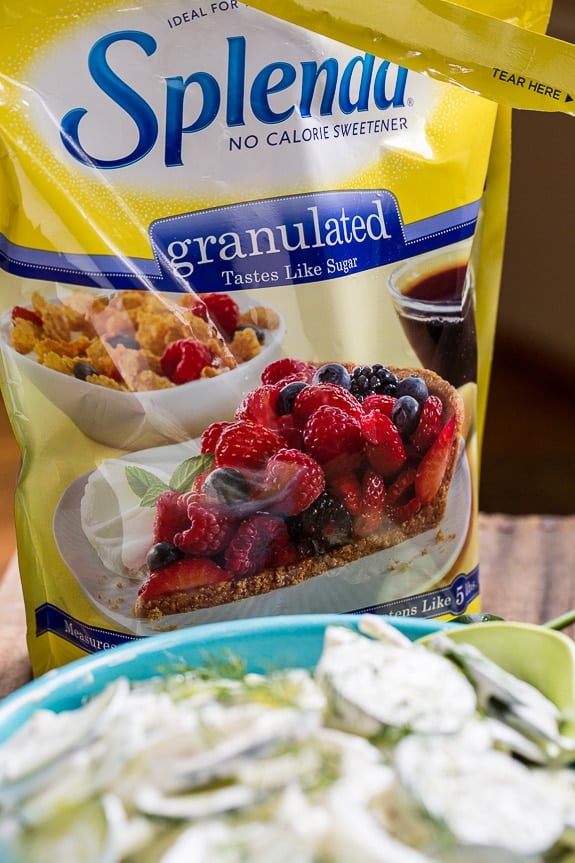 In addition to sour cream and SPLENDA® Sweetener, these creamy cucumbers also have a little apple cider vinegar which gives that wonderful sweet and tart flavor. 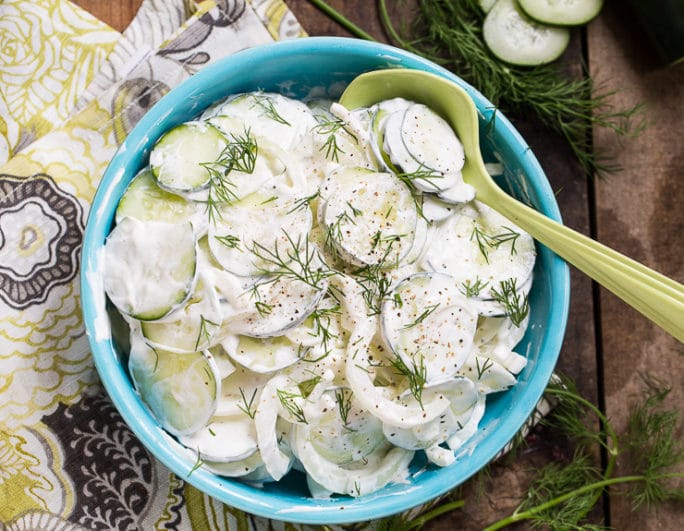 Southern Creamy Cucumbers can be made in only about 5 minutes. I like to chill them for about 30 minutes before serving, but you don’t want to make them too far in advance or they will get runny as liquid starts to escape from the cucumbers into the sauce. 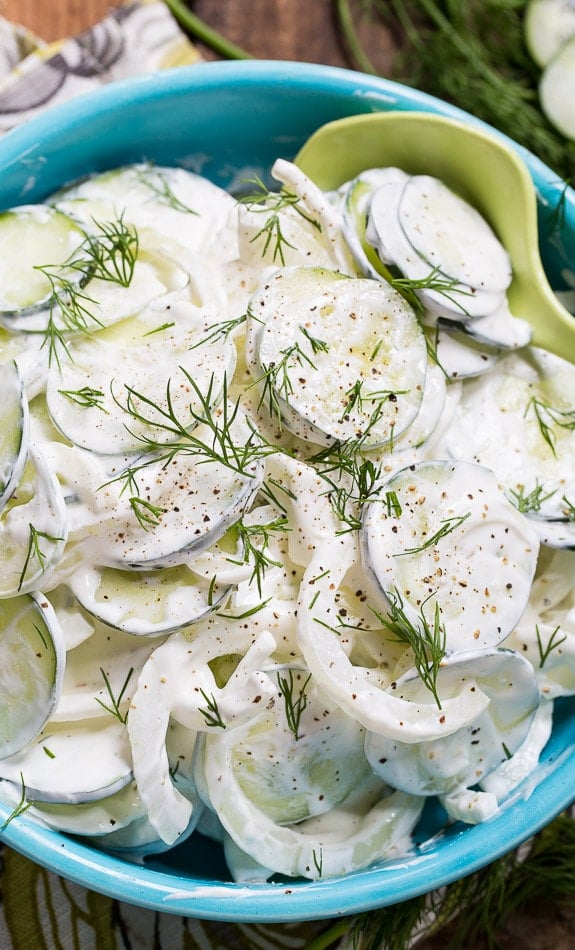 To make it even healthier, you could use Greek yogurt instead of sour cream.

The crunchiness of cucumbers and Vidalia onions in a smooth and creamy sauce is irresistible. Try Southern Creamy Cucumbers as a refreshing snack or pair it with fried chicken or burgers for the perfect summer meal. 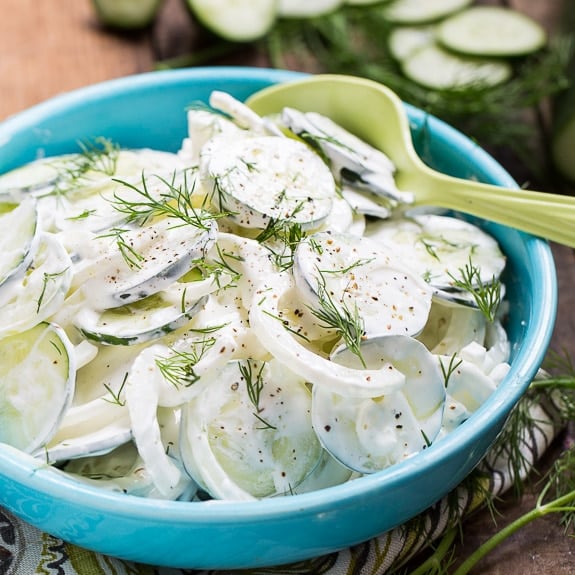 Start with 3 tablespoons of vinegar and add an extra tablespoon for more tanginess.
Red wine vinegar or rice vinegar can be substituted. 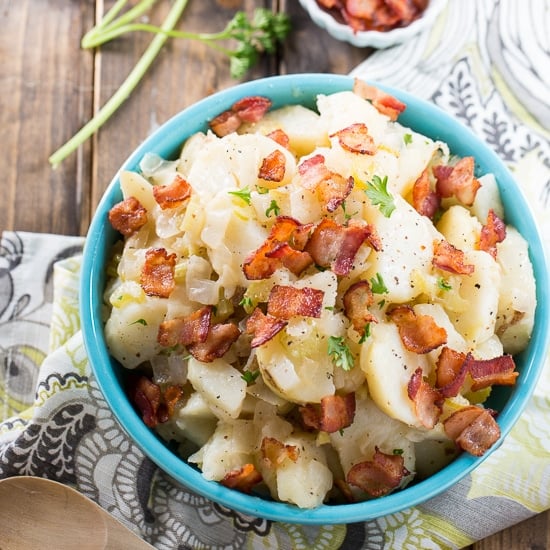