Mississippi Mud Cupcakes are full of rich chocolate flavor. They have not one but two frostings piled on them. A marshmallow frosting and a chocolate frosting topped with pecans. 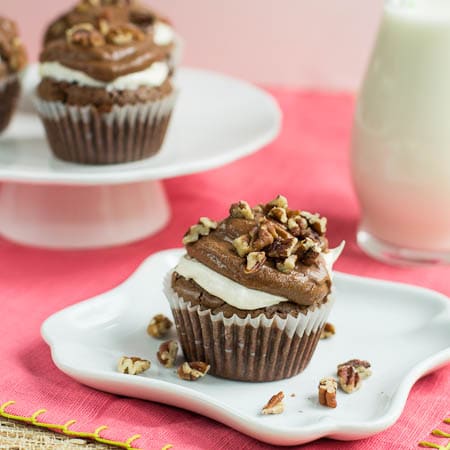 Alright, so maybe making a sheet cake IS a little easier than baking cupcakes. You do have to individually fill the cupcake liners and frost each cupcake, in this case 2 times per cupcake, instead of just pouring the frosting on top of a cake. 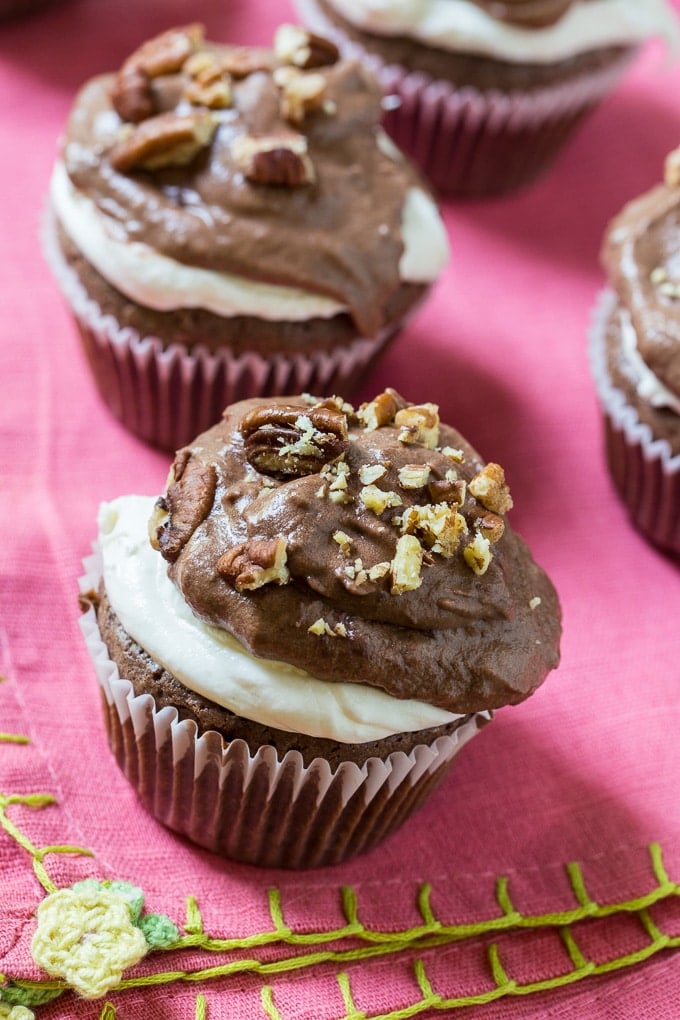 But the cupcake takes the cake when it comes time to serve. No knife needed, no indecision on whether to cut a little sliver or that great big slab that you REALLY want. You don’t even need a plate. That’s maybe the best thing about a cupcake (says the one who always gets stuck doing the dishes). Just toss that little cupcake liner in the trash when you’re done. Never mind my husband who insists you need a plate anyways to catch the crumbs. He just hasn’t spent as much time as I have doing dishes. 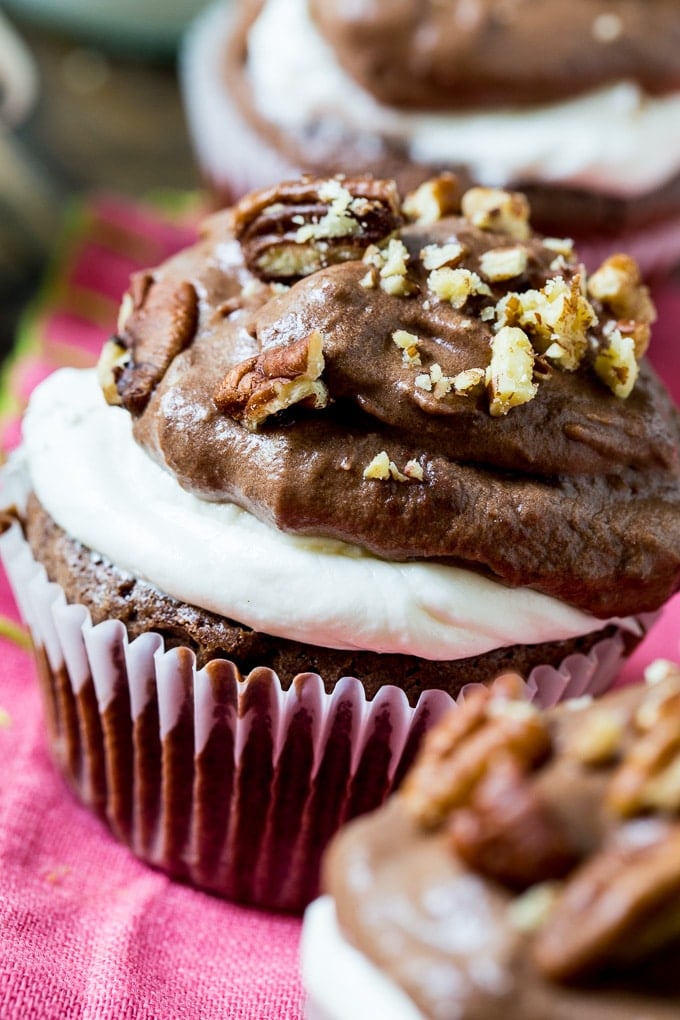 Mississippi Mud Cupcakes are richly decadent with a sweet, chocolaty, brownie-like cupcake, a gooey marshmallow creme layer topped with Chocolate Mud Frosting and toasted pecans. The cupcakes are absolutely loaded with butter and it’s a good thing they are in the form of cupcakes. Hopefully you’ll be able to stop at just one. But if you can’t it will be our little secret. 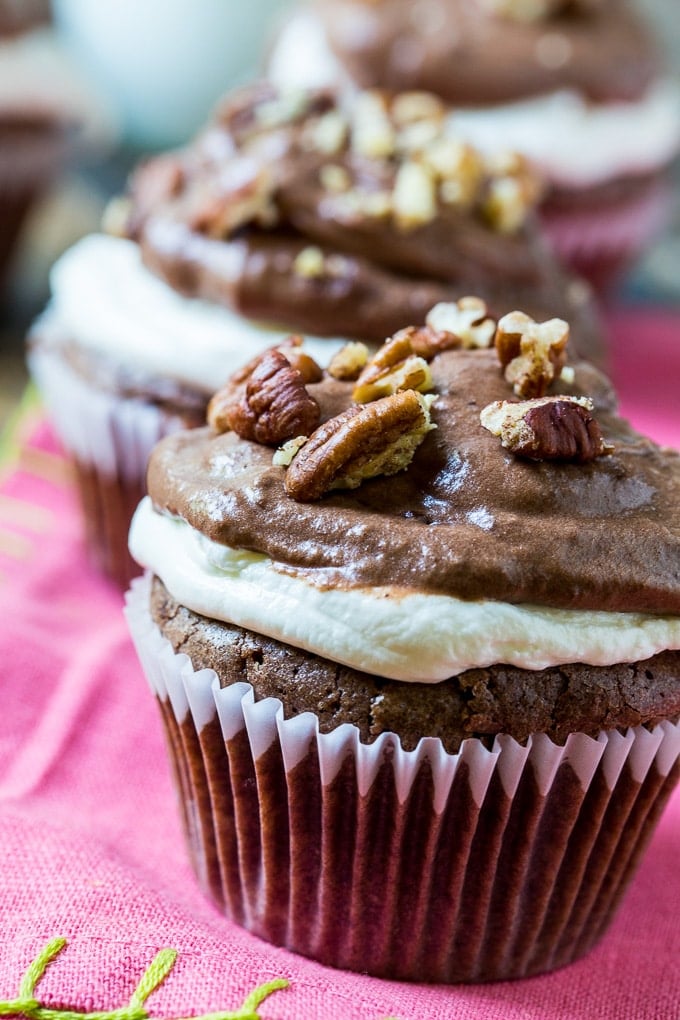