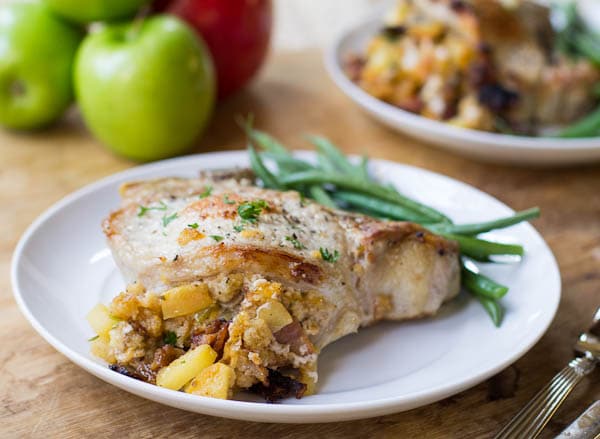 Thick-cut pork chops stuffed with a cornbread, apple, and bacon mixture with a little cheddar cheese, make a stick to your bones dinner. Stuffed pork chops are an easy meal option and have so much flavor. They do take a little more effort than just cooking plain pork chops, but if you really stuff them good, they are super filling. Serve with a side of green beans or a side salad for a full meal.

Pork and apples are one of the best meat/fruit combinations, especially during the fall months when fresh, crisp apples are so plentiful.

Apple-Bacon Pork Chops are a delicious combination of sweet and salty. It’s ok to overstuff the pork chops. If the stuffing falls out, it will just get nicely browned and crisp cooking in all the pork juices. The pork chops are first seared in a hot skillet and then finished in the oven. I’ve added a little sage to the stuffing. The smell of sage is a must in my kitchen every fall.

I used Pepperidge Farm cornbread stuffing mix, but you could use cornbread.  It should be at least a little stale. 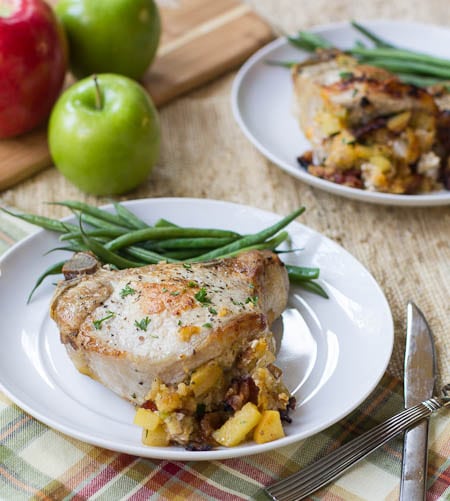 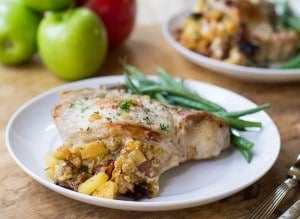 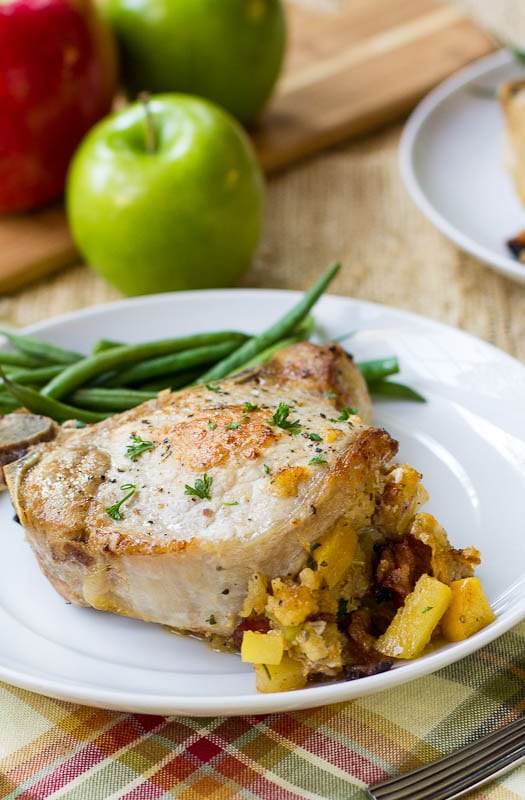