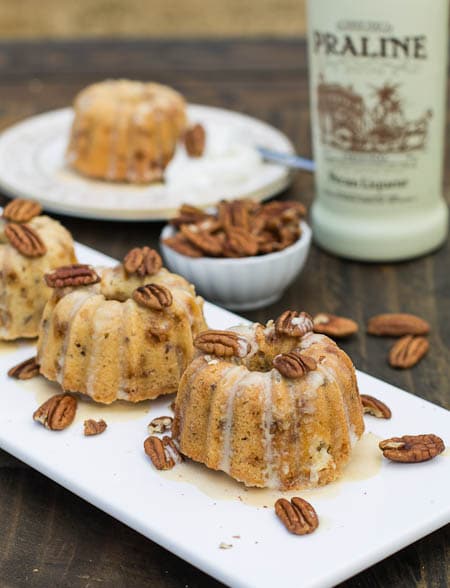 A few months ago I bought a Mini Bundt Pan

and I absolutely love making individual-sized mini bundt cakes with it. At first I was worried they would be a little dry, but that hasn’t been the case at all. Especially when they have a sauce or Crème Anglaise drizzle on them like this recipe for Pecan-Toffee Pound Cakes with Praline Anglaise. The praline liquour makes the Crème Anglaise extra sweet and decadent. I’ll just have to figure out what to do with the rest of the bottle. I think it would taste good as a flavoring in just about any cake and I bet it would intensify the flavor of a pecan pie.

The types and flavors of cakes you can make in mini-Bundt pans are endless. I loved these Rum-Glazed Sweet Potato Cakes I made a while back. I find that everyone feels special when they have their own mini bundt cake to dig into. 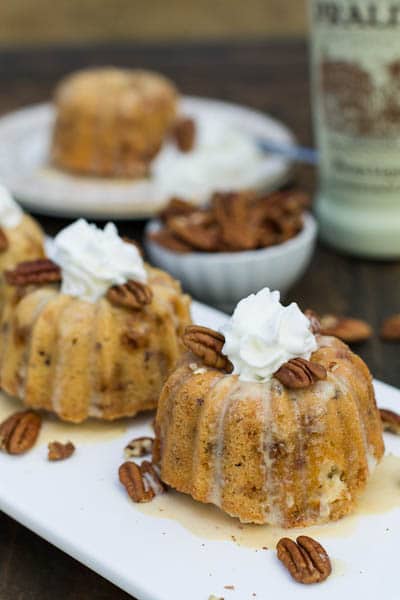 Wanted to thank everyone for their thoughts and prayers for our son as he faces a battle against cancer. We are in the hospital now waiting for his first chemo treatment to begin. If anyone would like to follow his progress, I just started a Caring Bridge page (chasemahrlig). Normally I’m an extremely private person, but I want as many prayers sent his way as possible. I’ll give some updates here, but since cancer is not the most appetizing subject, I will keep them to a minimum.

Thank goodness for lap tops and cell phones and other electronic devices. I have no idea what parents did to pass the time in the hospital before they became prevalent. I went on a cooking spree several weeks so I have plenty of blog material for when I feel up to it. 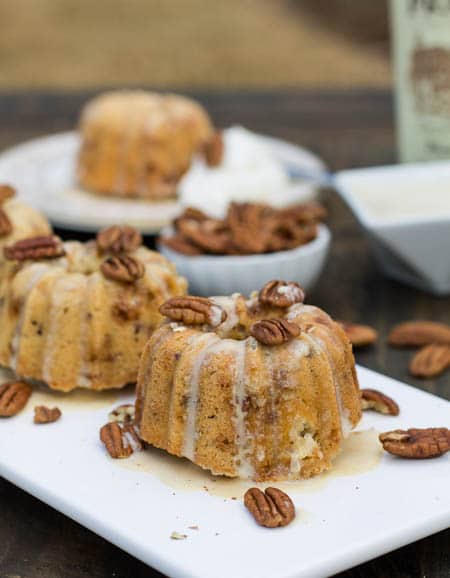 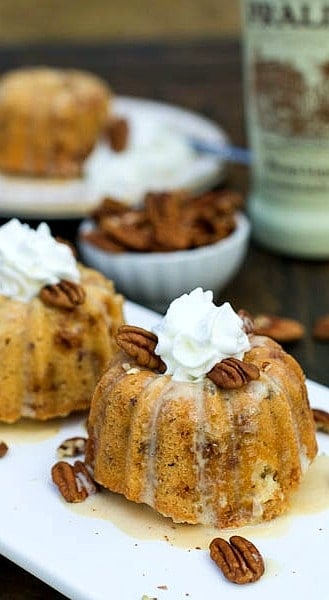