Kentucky Blackberry Jam Cake is covered in caramel icing. This southern cake is a special dessert any time of year and it is very popular for Christmas.

What makes this cake so special is the Blackberry Jam that’s mixed into the cake batter. It gives the cake a sweet and slightly tangy flavor that is accentuated by the ultra-sweet caramel icing.

In addition to blackberry jam this cake is also flavored with chopped walnuts and lots of spice: cinnamon, allspice, and cloves.

More traditionally, this cake has three layers, but it is much easier to make a 2 layer cake and you need one less cake pan.  🙂

The cake layers are fabulously moist from all the jam added and the spices are so fragrant in every bite.

This is a distinctly southern cake that I believe has its roots with German settlers. It is very popular not only in Kentucky, but Tennessee as well.

Some Kentucky Jam Cakes use pecans so feel free to use them instead of walnuts.

When making cakes, it’s important to measure the flour correctly. The addition of even a little too much flour can make the cake dry. Fluff the flour up in the bag or container and then use a large spoon to spoon it into a large dry measuring cup. Overfill it a little and then run the back of a knife across the top to get rid of the excess. 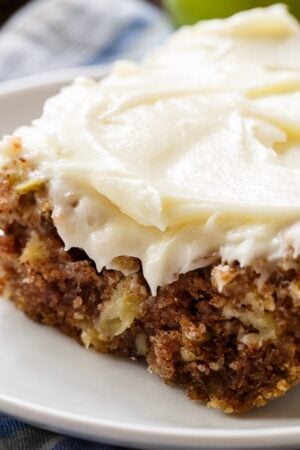 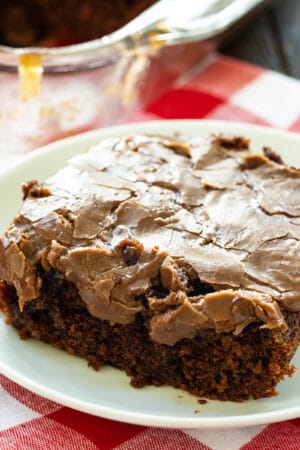