Jefferson Davis Pie, a variation of the Southern Chess Pie, is one of the most rich and decadent pies you will ever eat. It is made up of dates, raisins, and pecans, spices, and an insanely creamy custard. 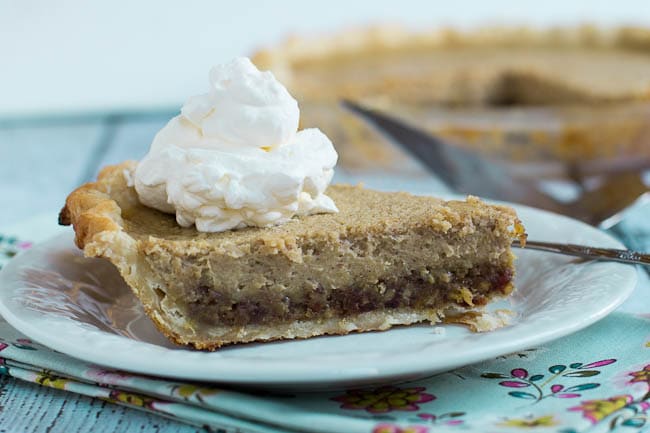 If you remember your history, Jefferson Davis was the first President of the Confederacy. Jefferson Davis Pie can be found in many southern cookbooks dating back to the late 19th century, but you’ll hardly ever see it anymore. It definitely falls under the category of antique and forgotten recipes. In fact, this was the first time I have ever had one. But it won’t be the last. It is a fabulously delicious pie and it’s a shame that it is no longer popular. 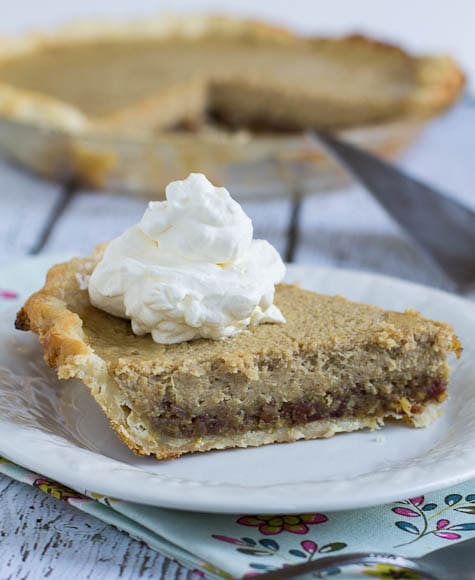 There’s not a whole lot of information available on the origination of Jefferson Davis Pie. It’s history seems have been forgotten along with the pie. If you google Jefferson Davis Pie you’ll see recipes with a meringue, without a meringue and some without the raisins, dates, and pecans. I’m okay with dropping the meringue, but it seems that it is the dried fruit and nuts that makes this pie special.

Now, if you’re like me you’re probably thinking, raisins and dates? Not my idea of a delicious pie. I’m ok with dates but raisins are one of my absolute least favorite ingredients. Ever. 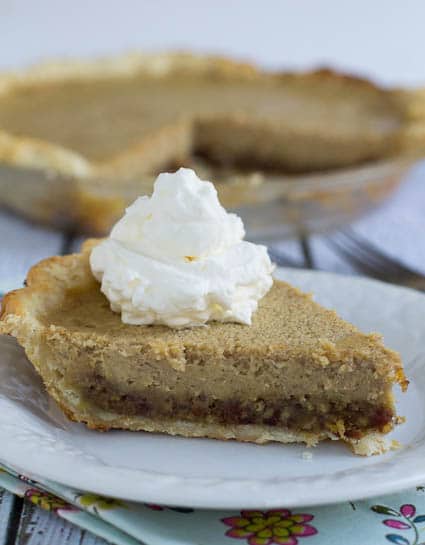 So I was really surprised at how much I liked this pie. The flavor is fabulously unique and the ingredients just work together. The richness of the custard, which is made with heavy cream, is immense. As is the flavor from the raisins, dates, and pecans. This is a pie to be enjoyed in small bites.

This recipe is from America’s Test Kitchen, which I believe they based off a Joy of Cooking recipe. I’ve made the recipe as directed except I added just a pinch of nutmeg. One of my favorite things about America’s Test Kitchen is their vast array of “vintage” and “regional” recipes. But they’re not afraid to change the process or ingredients if they think they can improve upon the traditional way of making something. 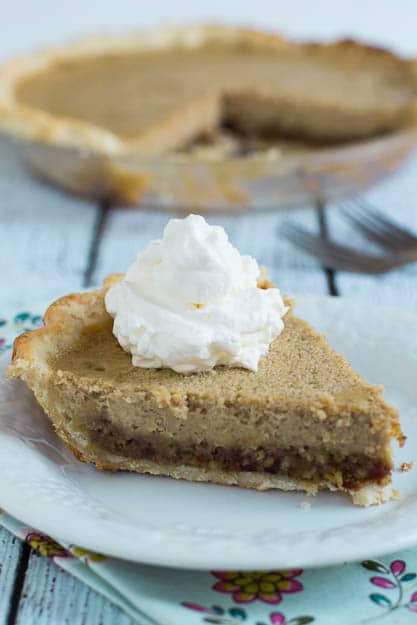 In this case, instead of mixing the dates, raisins, and pecans into the custard, they pressed them into the pie crust and added the custard on top. Not only does this create visual appeal, but it eliminates the number one objection their tasters had to Jefferson Davis Pie and that was an unpleasing and unharmonious texture from the chunks of dried fruit and nuts suspended in what would otherwise be a smooth custard. Had it not been for separating out the nuts and fruit into their own layer,  I don’t think I would have liked this pie, let alone loved it.

If you’re a pie baker, you really do not want to miss out on this long forgotten southern pie! 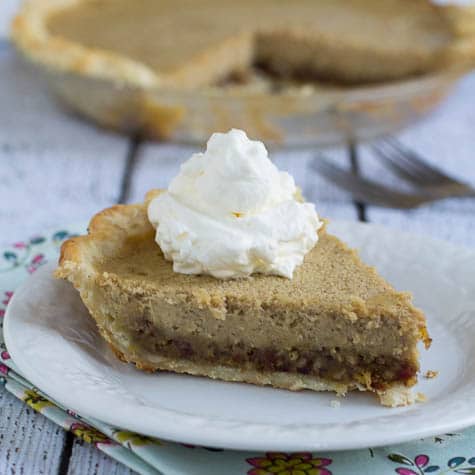