Crock Pot Ham and Cheese Hash Brown Casserole is super cheesy with chunks of ham and two kinds of cheese. It is great as an all in one breakfast or as a dish for an elaborate holiday brunch. 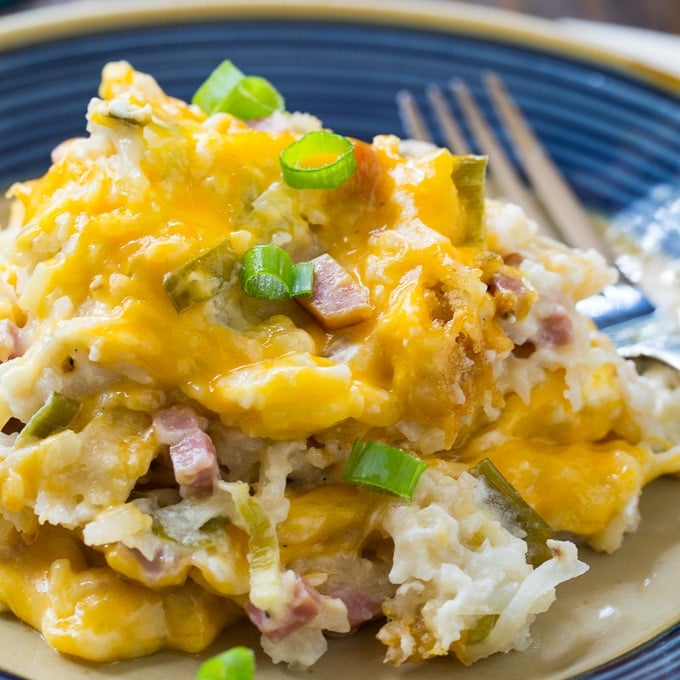 This is a really rich hash brown casserole which is the way I like my hash brown casseroles. It’s pure comfort food! Sour cream, cream cheese, and a can of potato soup make it super creamy. A combo of cheddar cheese and colby jack cheese adds plenty of cheese flavor. 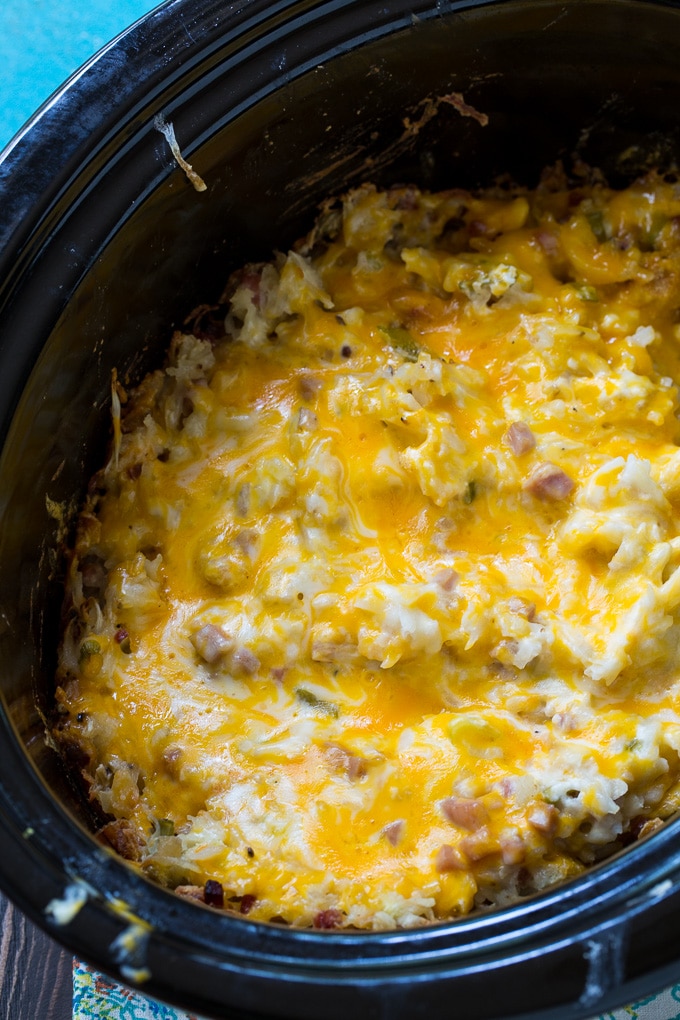 There’s plenty of ham in this Crock Pot Ham and Cheese Hash Brown Casserole so that each and every bite has a chunk of ham. This recipe is great for using up leftover Easter or Thanksgiving ham.

And check out these other recipes for using up leftover ham- Ham and Cheese Quiche, Cheesy Ham and Potato Chowder, Deviled Ham, and Mac and Cheese with Ham. 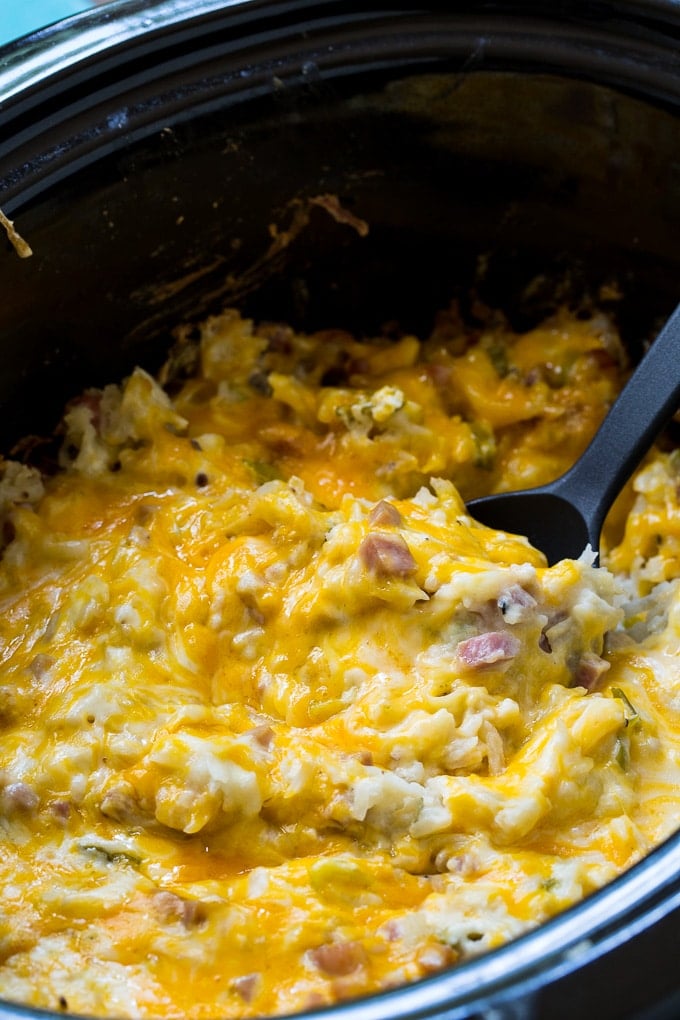 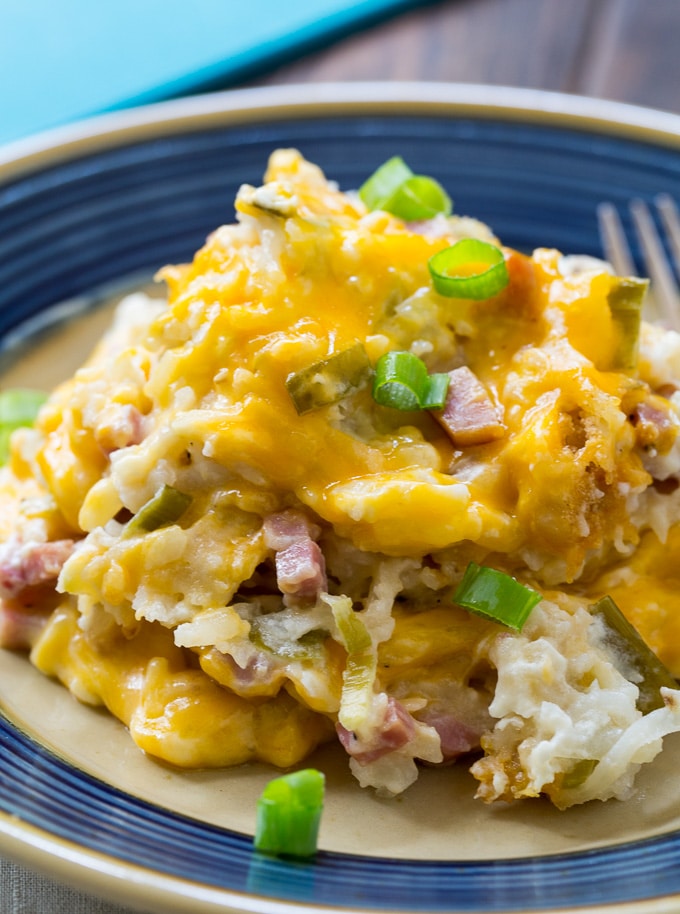 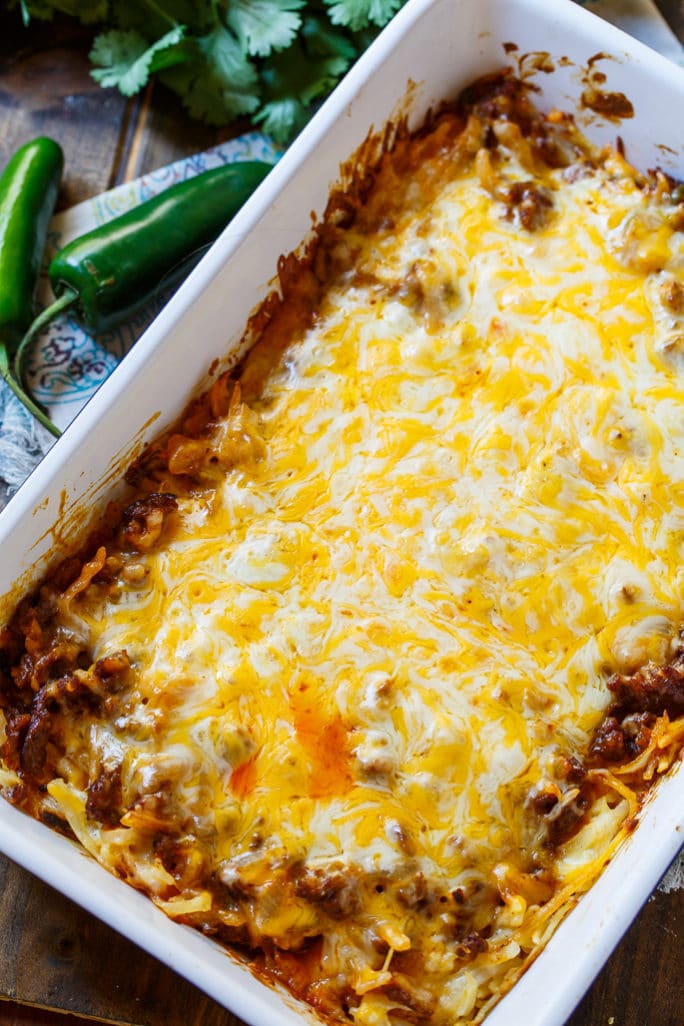 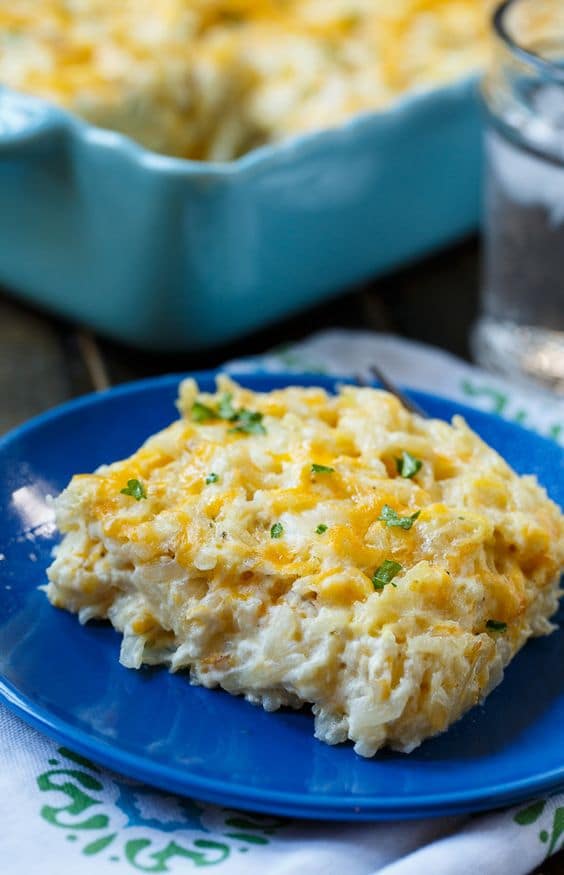