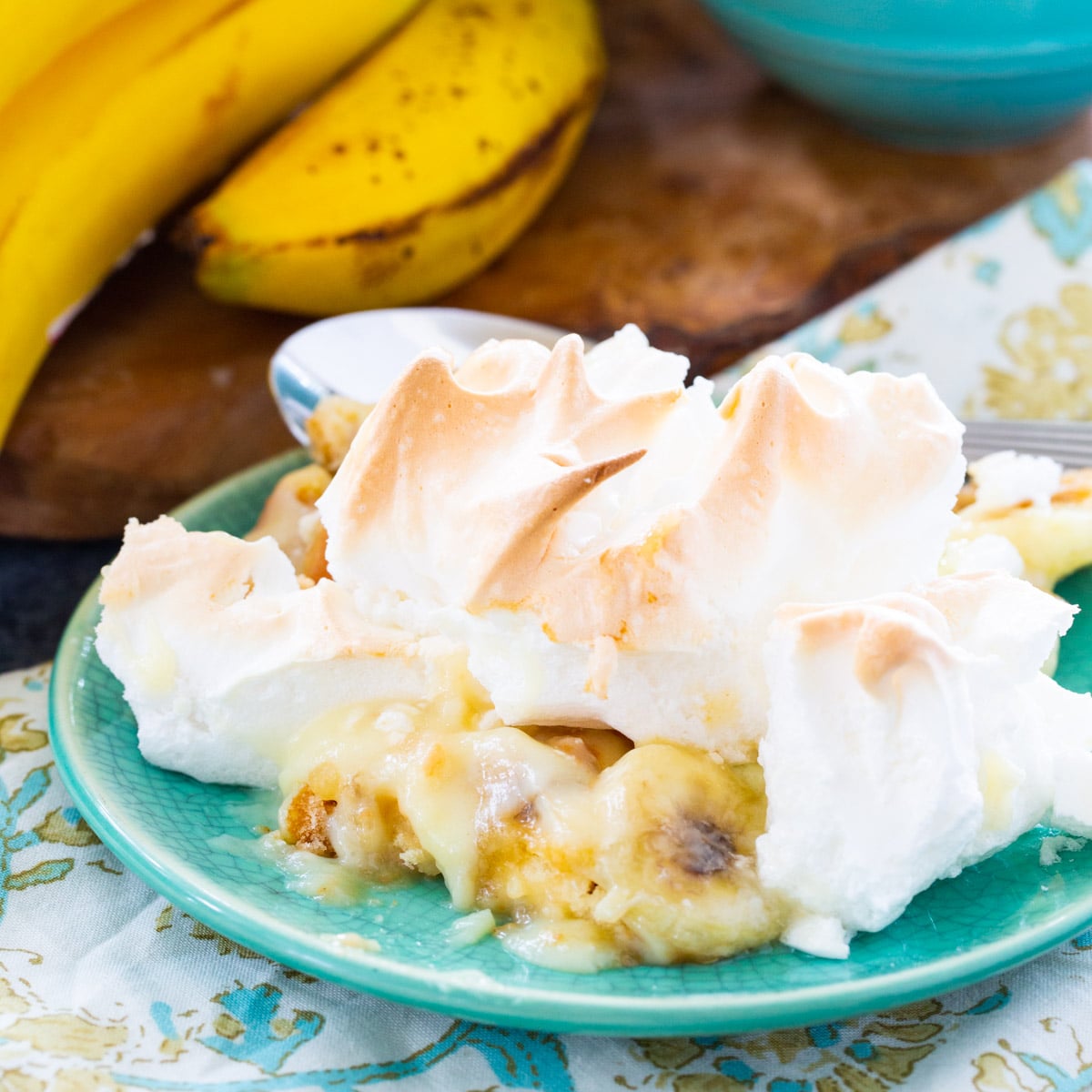 The meringue has a wonderful airiness and a little bit of a toasted flavor.

Many southerners will tell you a true banana pudding has a meringue on top. Banana puddings topped with whipped cream have gotten more and more poular, but it’s hard to beat an old-fashioned Banana Pudding topped with meringue. Since the banana pudding needs to be placed in the oven for the meringue to cook and brown, you have the opportunity to eat it warm. Now, I love a nice chilled bowl of banana pudding, but a warm bowl of anything is so comforting. 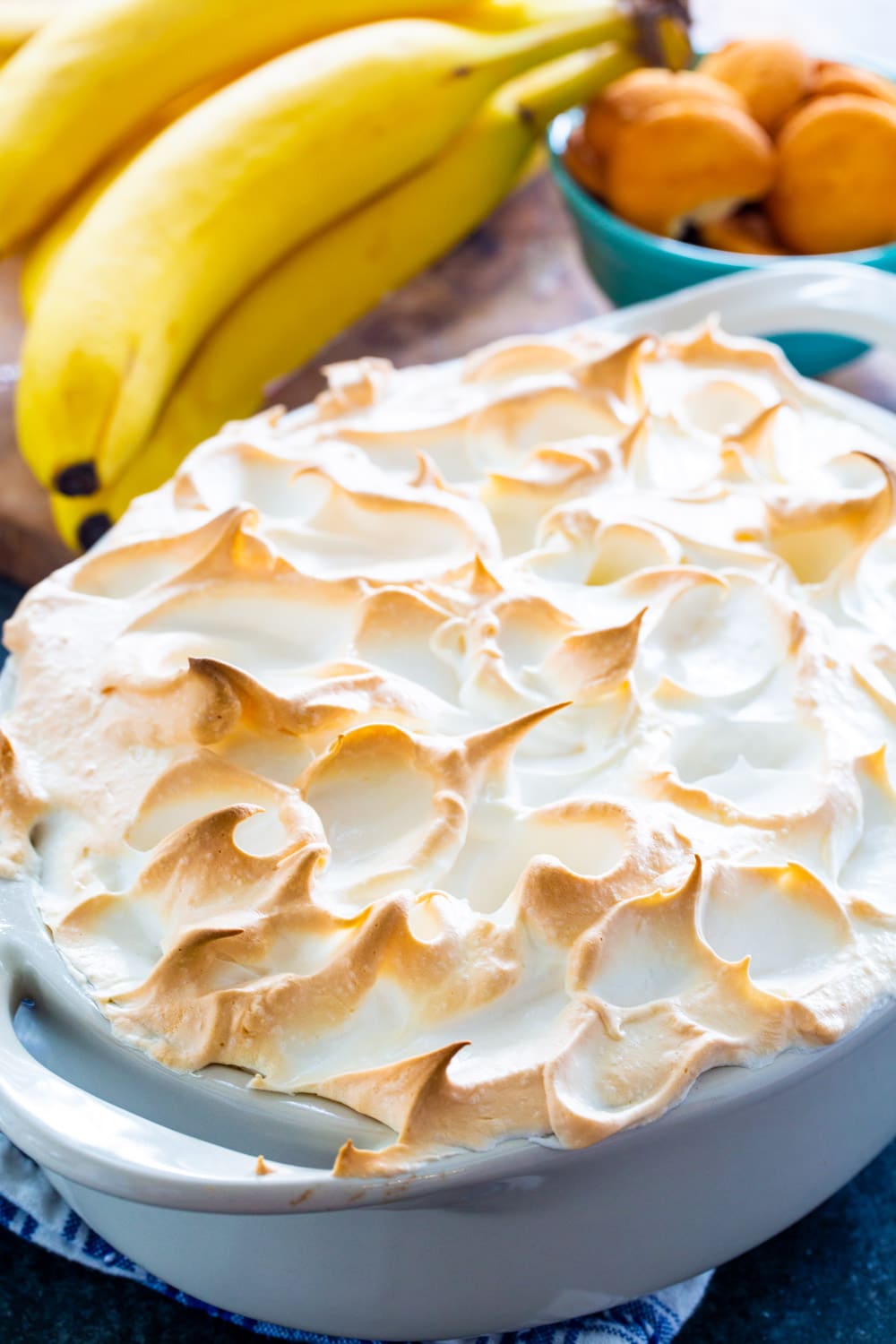 The homemade pudding is a simple mixture of sugar, flour, egg yolks, milk, and vanilla extract. It’s not at all hard to make, but it does require your attention. You don’t want to heat it too fast at first or the eggs will curdle. Also, make sure you use a saucepan with a thick bottom.

Be sure to stir and stir and stir some more. It will take about 10-15 minutes to get the pudding thick. You can take a few quick breaks during this time to grab something, but you pretty much want to stir constantly.

The only other step with a potential pitfall is making the meringue. It’s best if the egg whites are at room temperature. You can either let them sit on the counter for 30 to 60 minutes or place the eggs in warm water for a few minutes before separating them.

Beat the egg whites on low speed until they turn opaque, then you can beat them on high speed. Don’t start adding the sugar until the meringue thickens up some. To avoid a runny meringue, whip the egg whites until stiff peaks form. They should be glossy and rigid when you lift the beaters. Once you get stiff peaks, stop beating. It will start to break down if you overbeat. 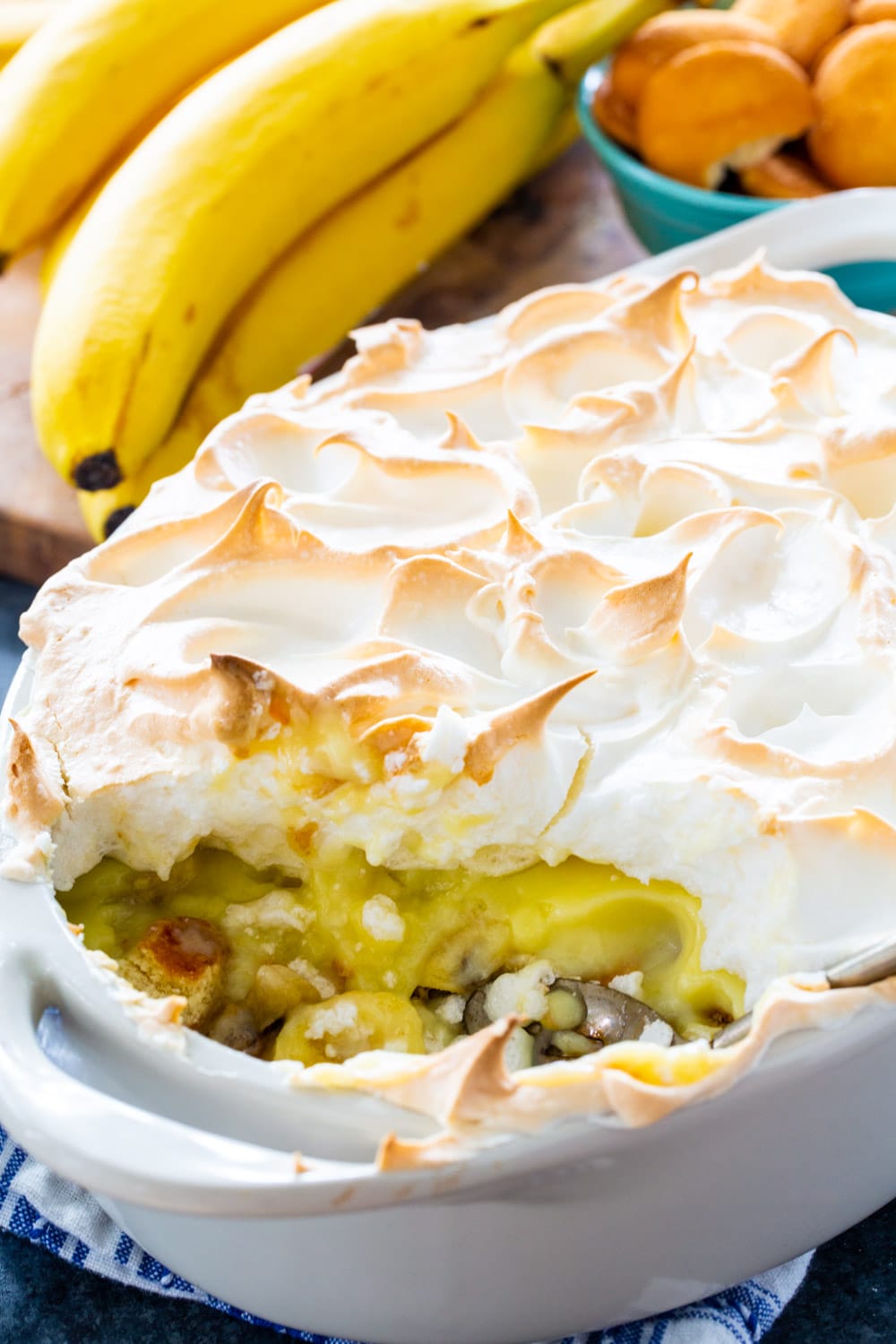 For the meringue, use a hand-held mixer or a stand mixer with the whisk attachment. Beat the egg whites at low speed until they become opaque and then you can switch to high speed. 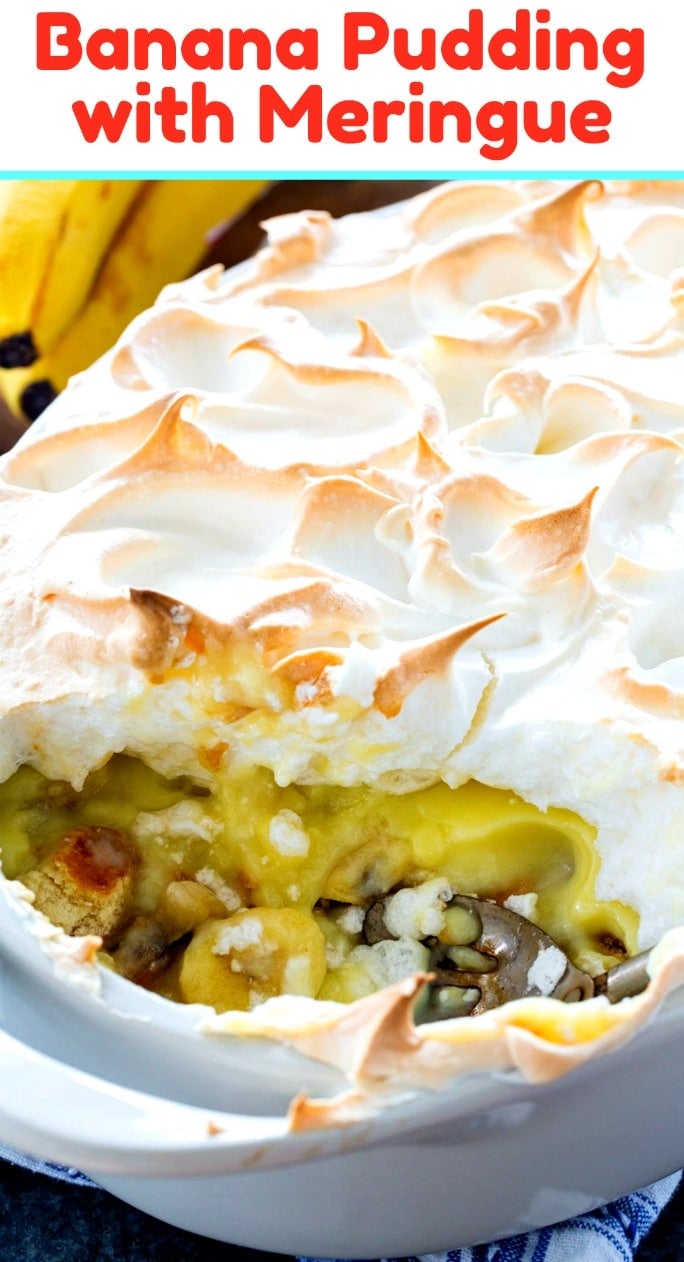 2 thoughts on “Banana Pudding with Meringue”