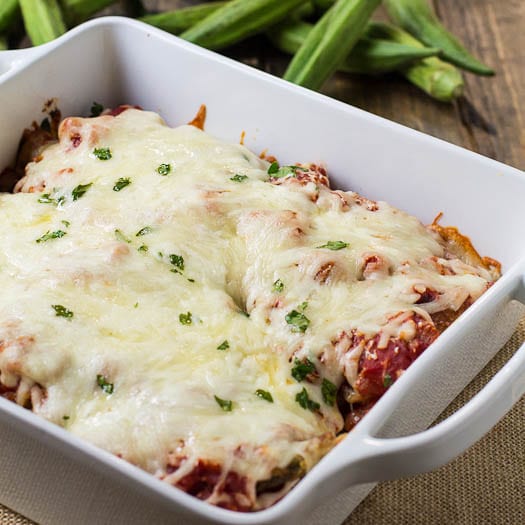 I found a real treasure of a cookbook at a local used book store, written by Dori Sanders of York, SC, who incidentally lives just minutes from our old house. Although I’ve never met her, I’ve been familiar with Dori Sanders for a number of years, but had no idea she had such a fabulous cookbook. It’s easily become one of my favorite southern cookbooks. 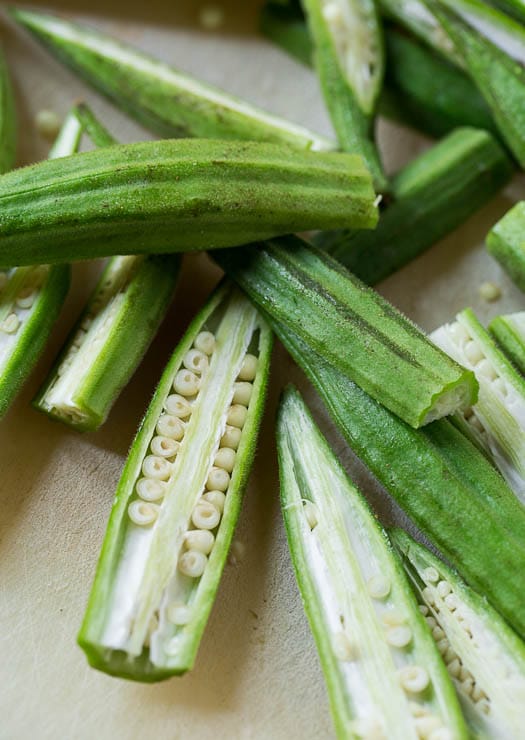 Dori is a very talented and accomplished woman and has 2 novels published, Clover and Her Own Place. The name of her cookbook is Dori Sanders’ Country Cooking: Recipes and Stories from the Family Farm Stand

, published in 1995. It is full of down home country cooking recipes using fresh southern produce. 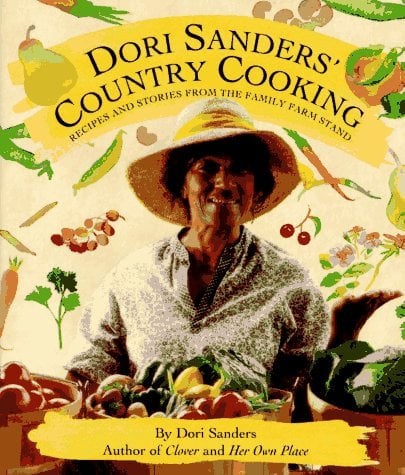 But these aren’t just your regular old country cooking recipes you’ll see in cookbook after cookbook. Dori Sanders has an imaginative and creative mind and there are some truly unique recipes in her cookbook. 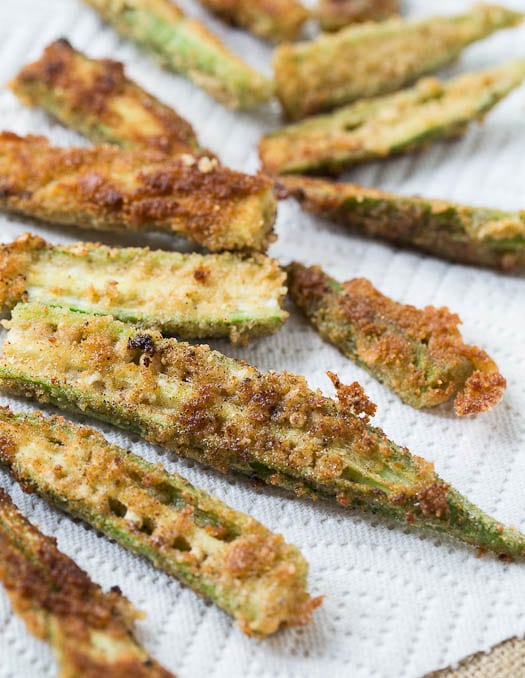 Case in point- her recipe for Okra Parmigiana, a recipe that in all my years of collecting cookbooks, I’ve never seen before. And what a wonderful recipe it is- a southern version of Eggplant Parmigiana using fresh summer okra instead of eggplant. 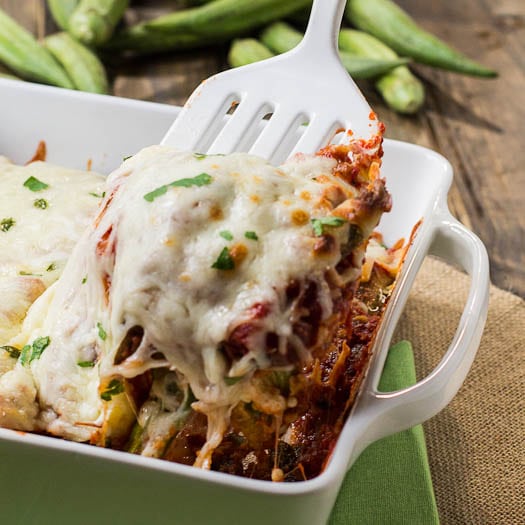 I’ve changed the recipe up some, but the essense is still the same- okra pods cut in half horizontally and fried in a cornmeal batter. They are layered with a thick tomato sauce and topped with cheese. The whole thing is baked until the cheese is warm and bubbly. This dish is Italian heaven for the okra lover. 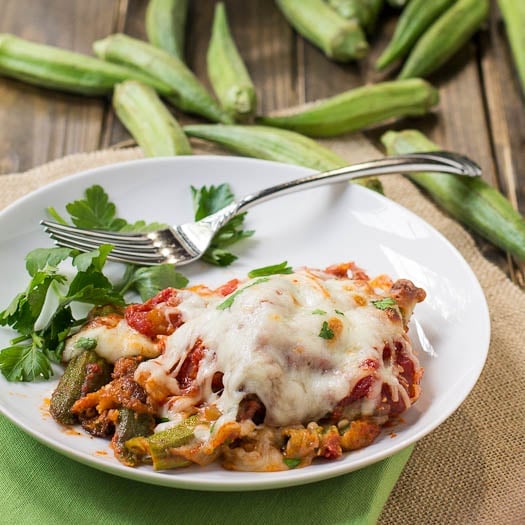 And if you haven’t tried okra, or have but didn’t like it, you must try this recipe. What’s not to like about something covered in tomato sauce and cheese? 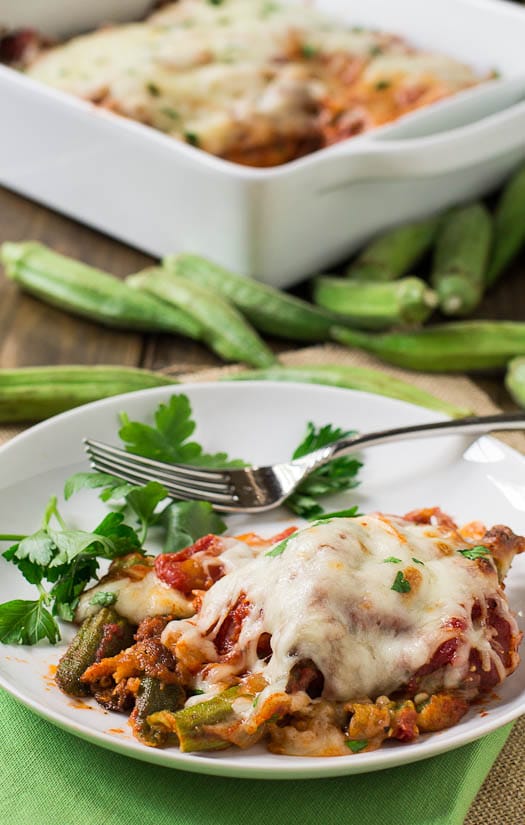 Use okra that is no bigger than 3 to 4 inches long. Larger okra will be too fibrous.