Hamburger Steak Skillet Casserole consists of a hearty ground beef mixture in a thick gravy with diced tomatoes covered with a layer of white cheddar mashed potatoes. It tastes like a southern hamburger steak or salisbury steak except in casserole form. It’s like a southern version of Shepherd’s Pie and it is so good. 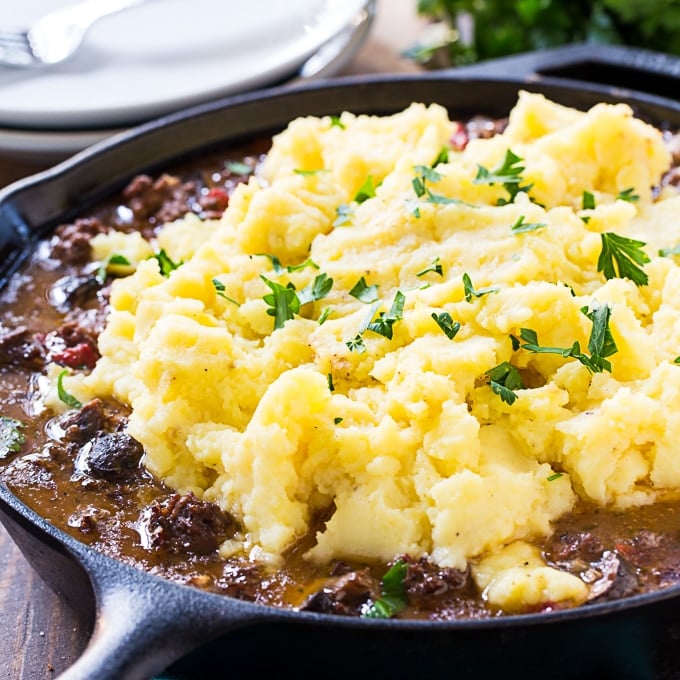 This Hamburger Steak Skillet Casserole feeds at least 6 people and it reheats well. It’s so heary and comforting. Perfect for a cold winter night.

You’ll want to use etiher a 12-inch cast iron pan or a 12-inch oven-safe pan to make this recipe. You’ll begin by browning 2 pounds of lean ground beef, a cup of chopped onion, and 2 (8-ounce) packages of cremini mushrooms that have been quartered. If you’re not a fan of mushrooms, just leave them out. You could add a little diced green bell pepper. 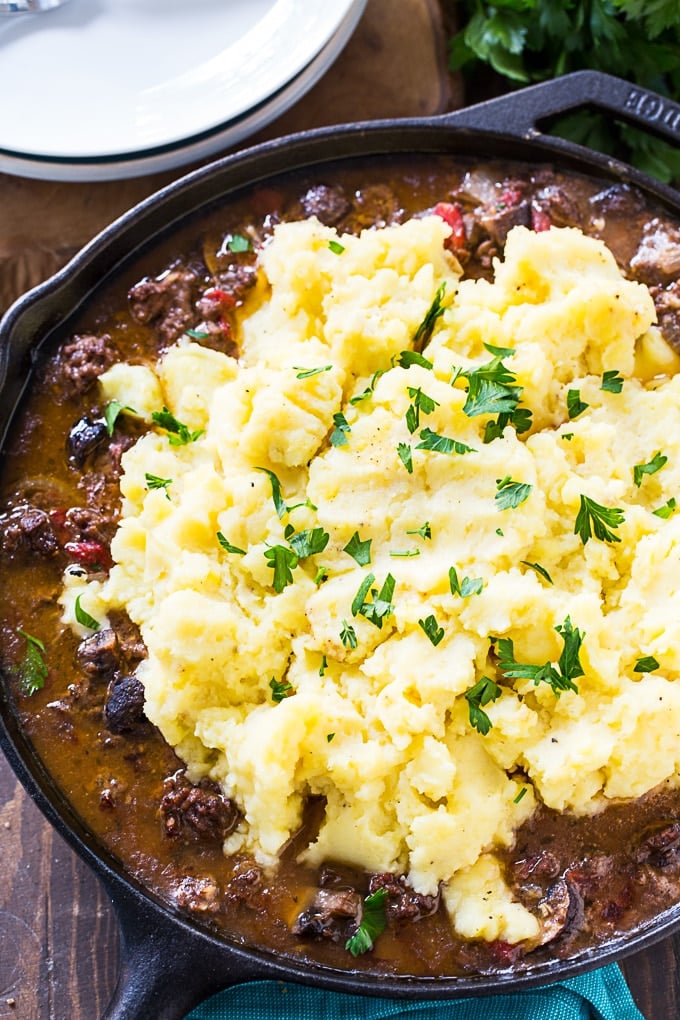 Next you’ll add garlic, salt, pepper, and dried thyme for seasoning. One quarter cup of flour gets added. It will help thicken the gravy.

Next add a can of diced tomatoes, a can of condensed French onion soup, a cup of beef broth, a tablespoon of red wine vinegar, parsley, and garlic powder. Let this mixture simmer 10 minutes. If needed, you can stop at this point and refrigerate the beef mixture overnight and proceed with the recipe the next day.

Next, boil some peeled and chopped Yukon Gold potatoes until soft. Mash them with butter, milk, and shredded white cheddar cheese. Spread the mashed potatoes on top of the ground beef mixture and broil for 3 to 5 minutes to get everything hot.

This is a hearty and deliciously rich meal that’s best served with a green salad. 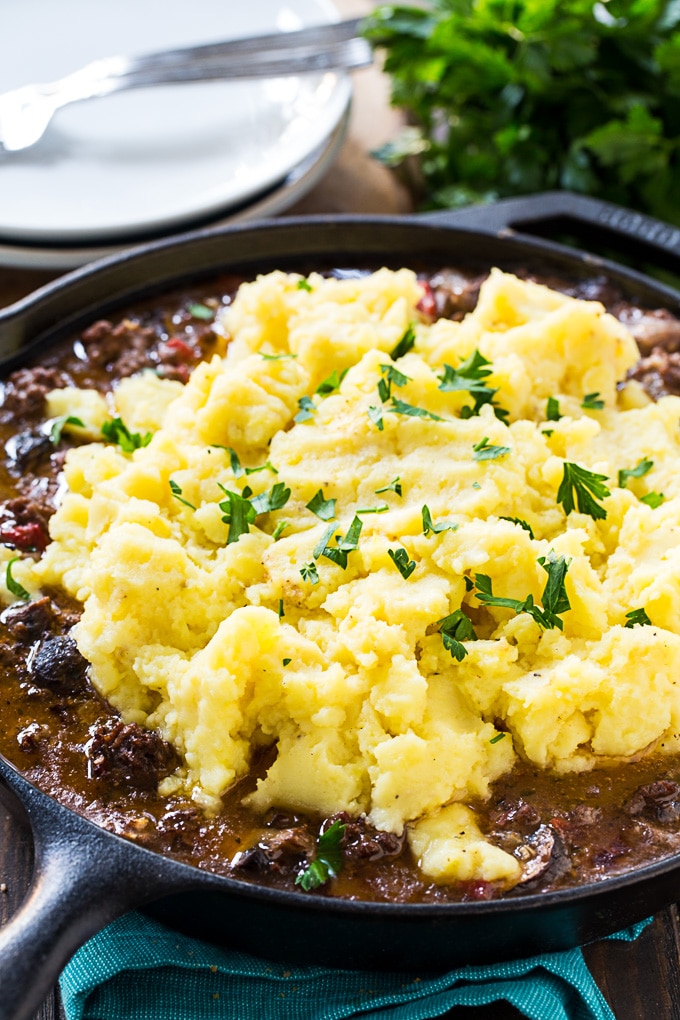 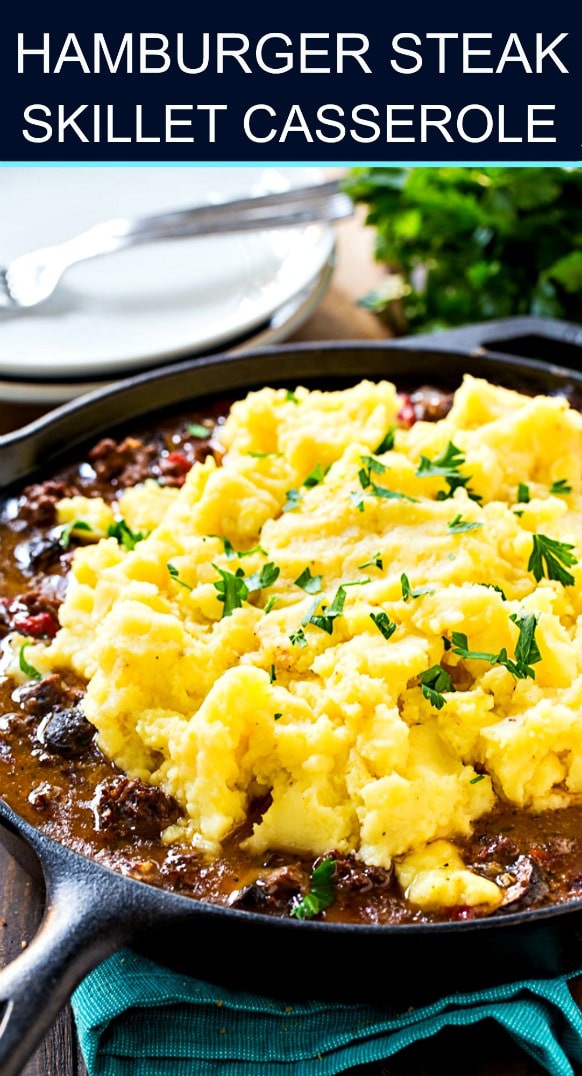