German Chocolate Brownies topped with a layer of cheesecake will be a big hit with coconut/chocolate lovers. Very easy to make! 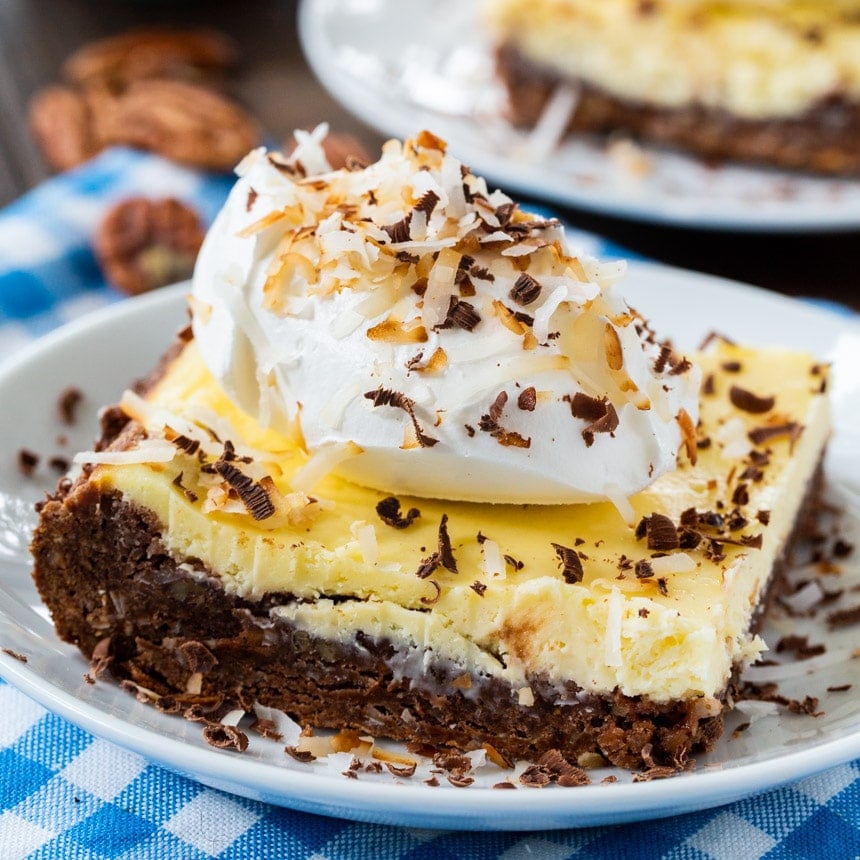 The brownie layer is made with a box of German Chocolate cake mix with a few pecans and some shredded coconut added in for more german chocolate goodness. With only 4 ingredients in the cheesecake layer, this delicious dessert is simple to make but looks super impressive once dressed up with some whipped cream, grated chocolate, and toasted coconut. 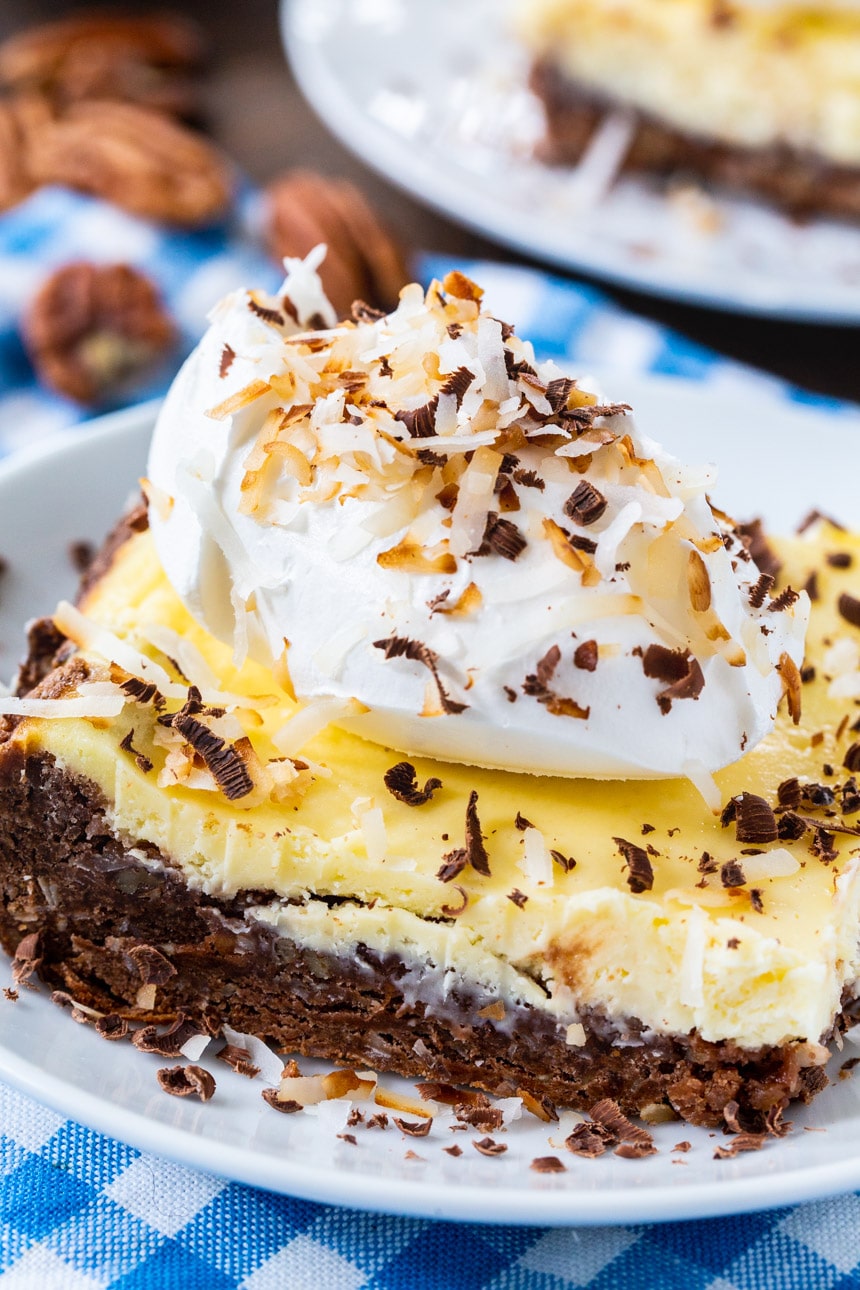 I love the combination of chocolate on the bottom and cheesecake on top. As a child I hated coconut, but I have really became a fan of it in the last few years. I’ve always liked the flavor, and I’ve loved coconut milk (the thick, creamy kind) for many years. But I had always struggled with the texture of shredded coconut. Somehow, I made myself get used to it. I was missing out on too many good desserts otherwise! 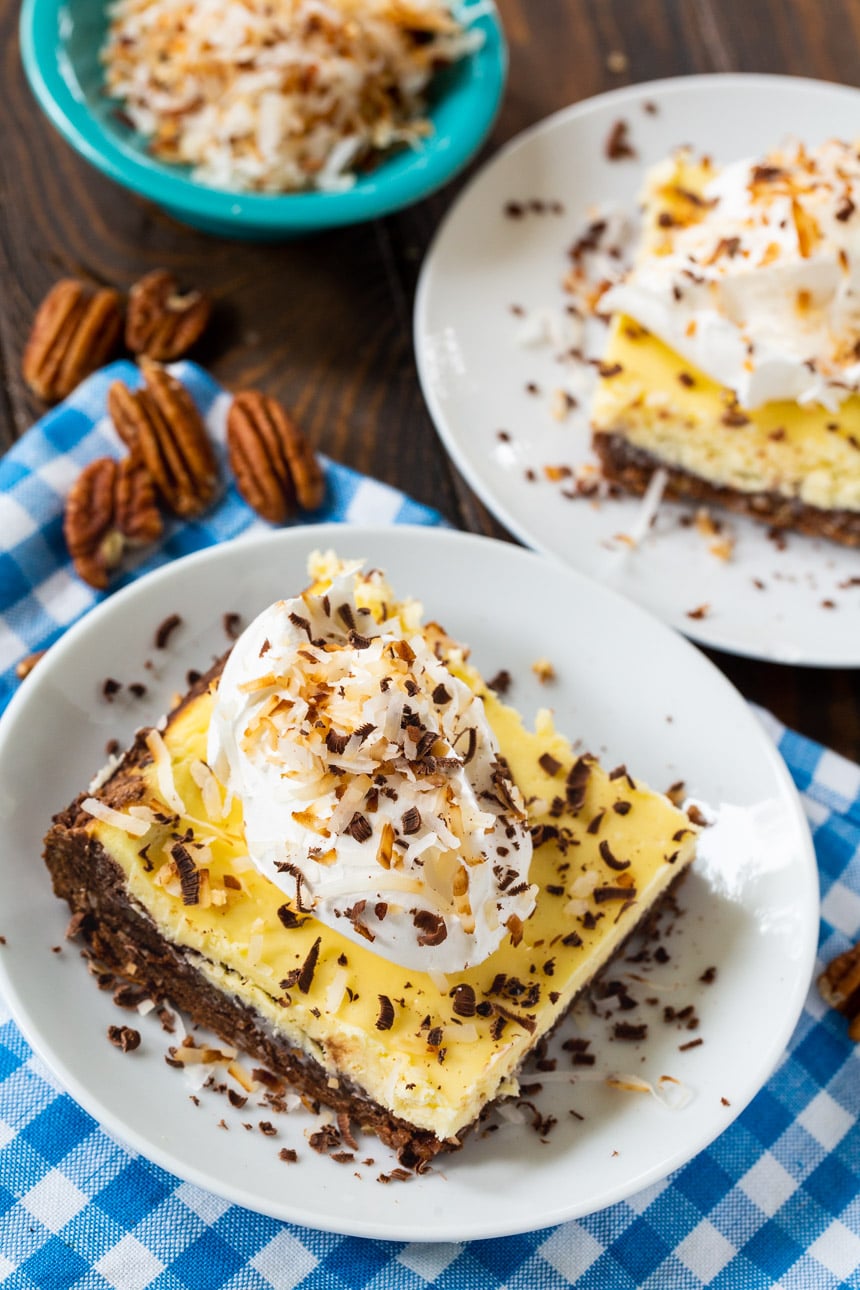 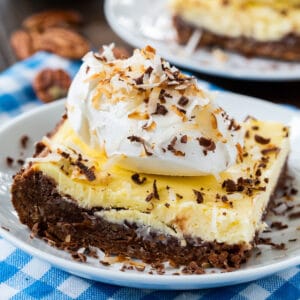 Recipe Source: slightly adapted from Taste of the South March/April 2012 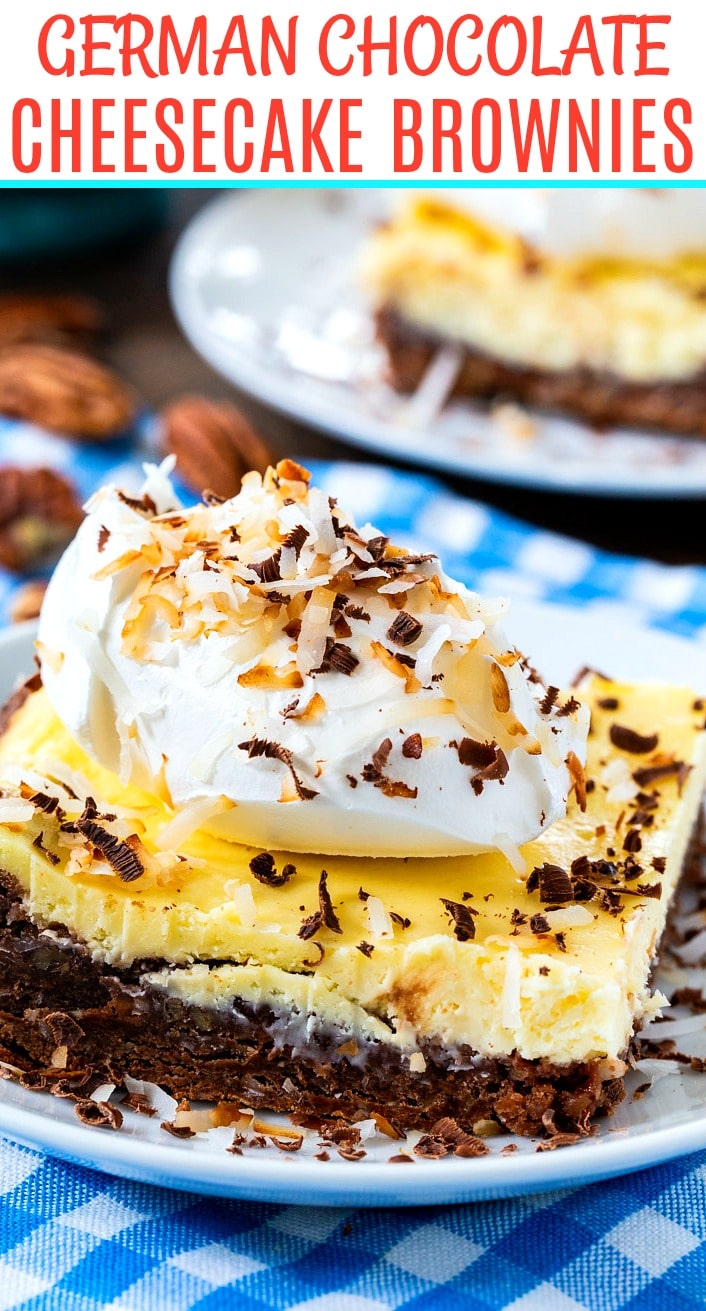