Chocolate Coconut Lush is a cool and creamy layer dessert with tons of coconut flavor. It’s a terrific potluck dessert. 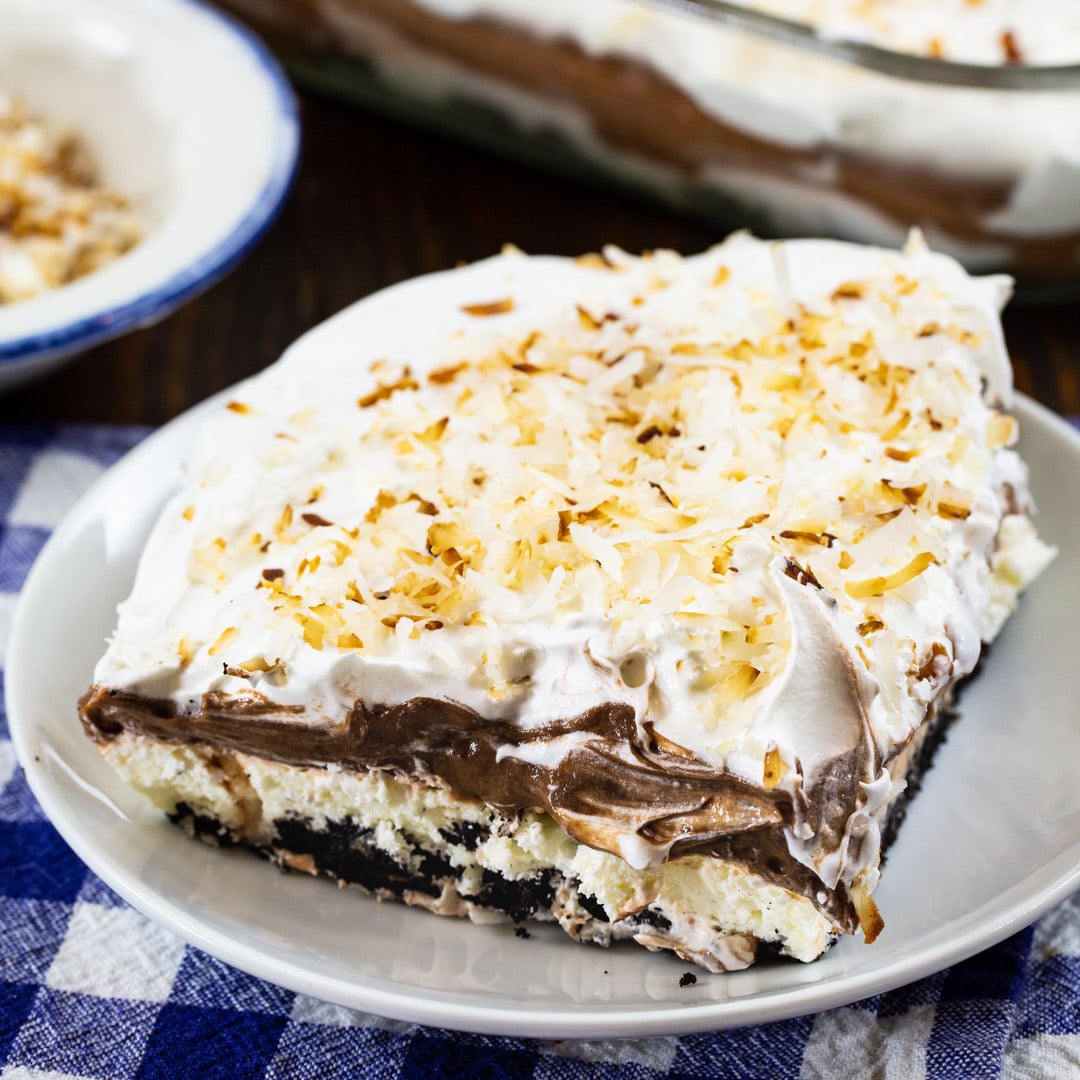 The coconut flavor comes from two sources. There’s shredded coconut in both the crust and on top, plus 2 cans of coconut milk are used to make the chocolate pudding layer. 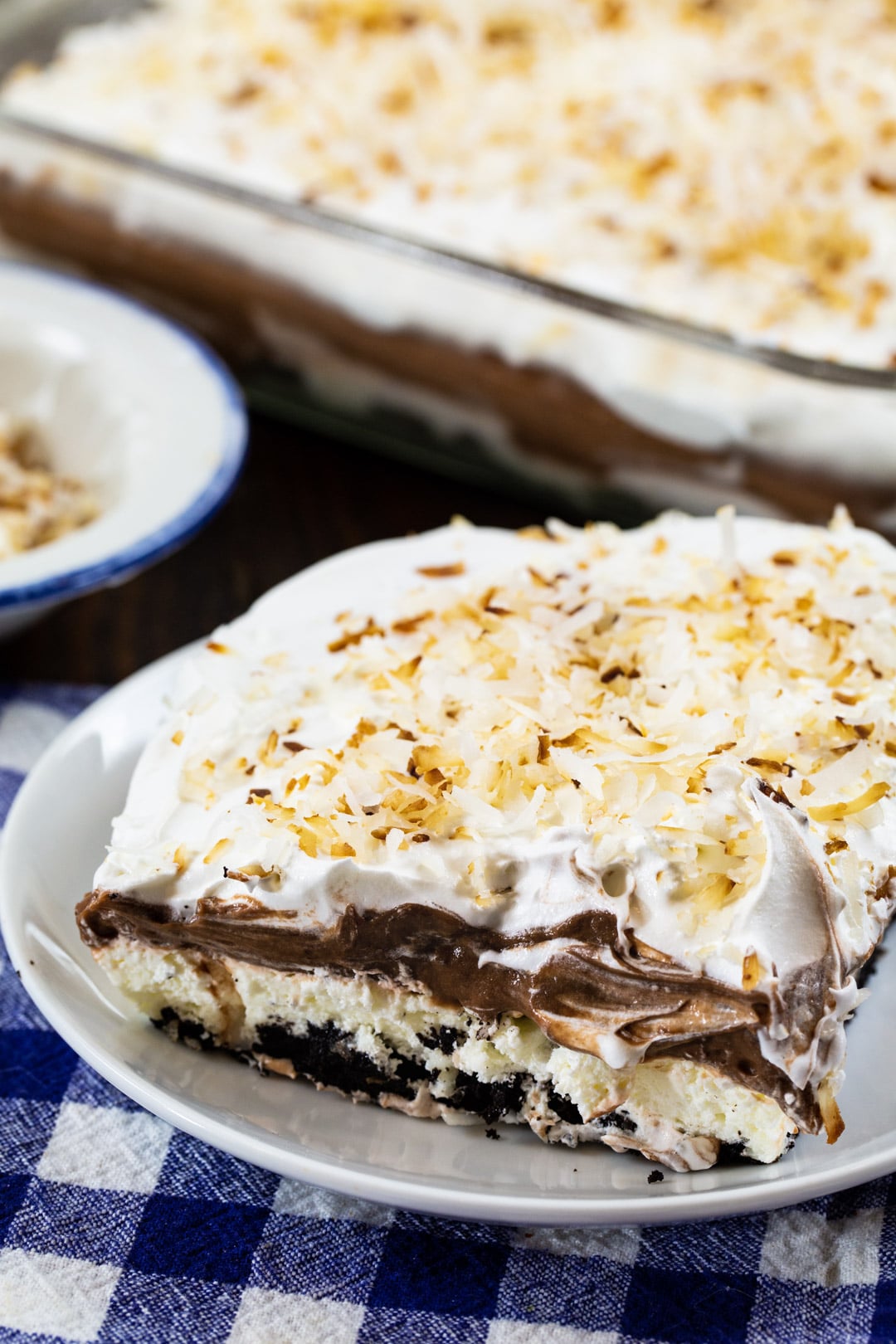 Allow a little time to make this layer dessert. It helps to refrigerate each layer before adding the next.

Can be made a day or two in advance.

Leftovers will keep in the refrigerator for about 3 days. Too much longer and the pudding starts to get a little weepy and watery.

Be sure to use canned, unsweetened coconut milk, NOT the kind found in the dairy section. It is usually found in the Asian section of the grocery store.

How To Toast Coconut

There are two easy ways to toast coconut. 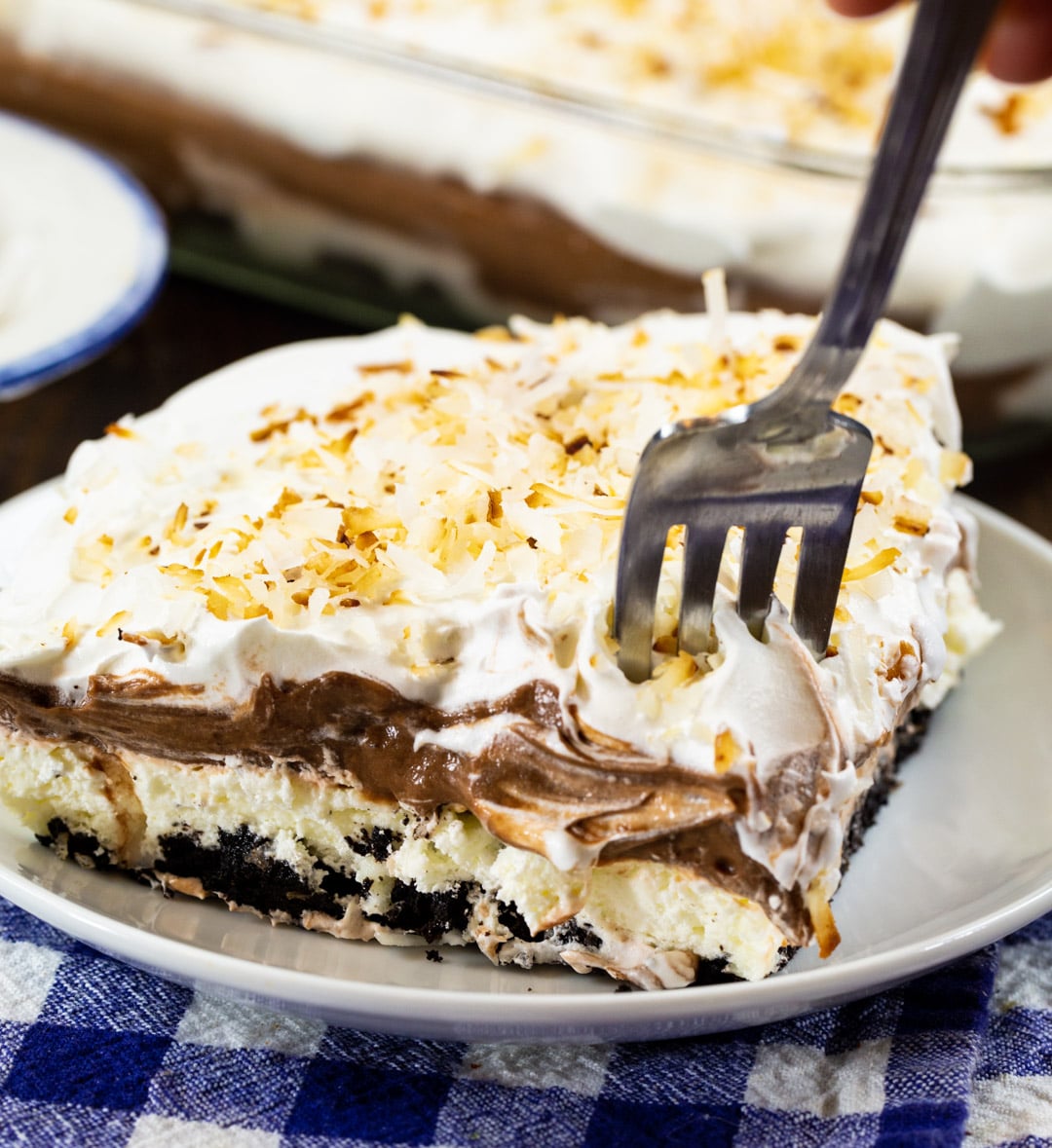 Try These Other Amazing Lush Recipes: 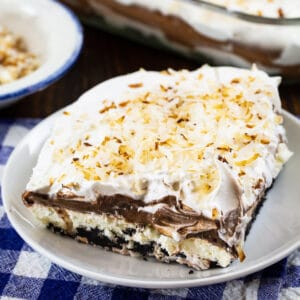 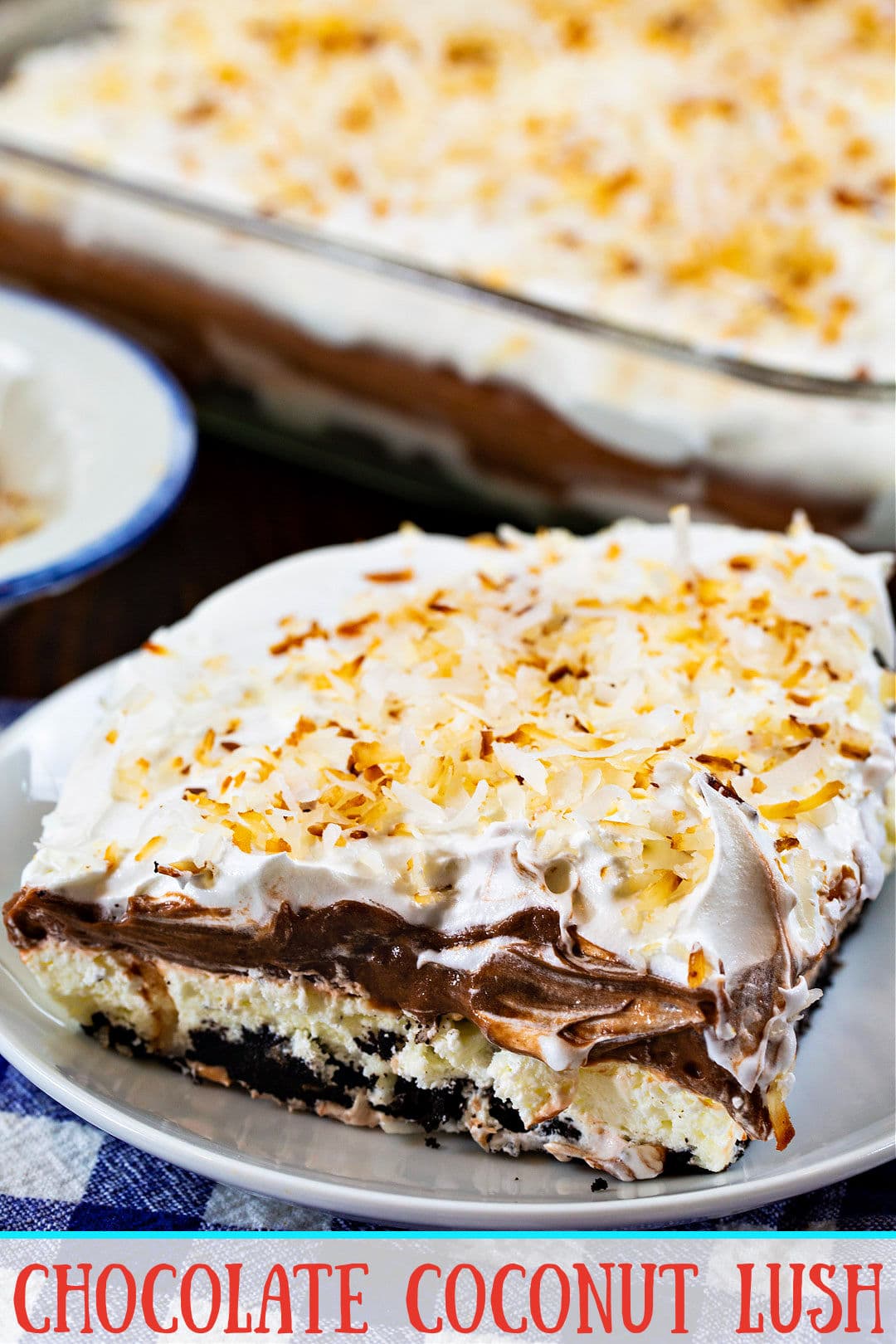 One thought on “Chocolate Coconut Lush”