Smothered Shrimp and Parmesan Grits- andouille sausage, garlic, onion, bell pepper, diced tomatoes, and Cajun seasoning combine to make one of the most flavorful Shrimp and Grits ever. 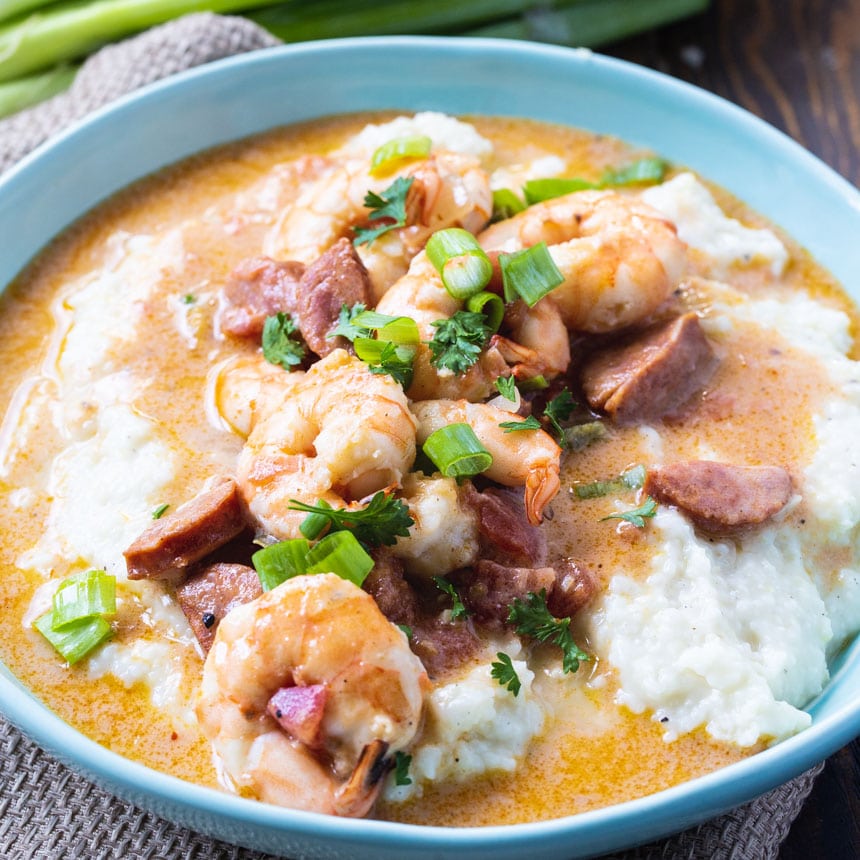 Traditionally Shrimp and Grits has been a very simple recipe. This low country dish was typically a fisherman’s breakfast.

This recipe has extra ingredients added for more depth of flavor. The spice comes from both Cajun seasoning and cayenne pepper. I like my shrimp and grits on the spicy side obviously. The andouille sausage also adds quite a bit of heat. There’s a little heavy cream added to the sauce for a little richness.

A generous amount of Parmesan cheese elevates the flavor of the grits. 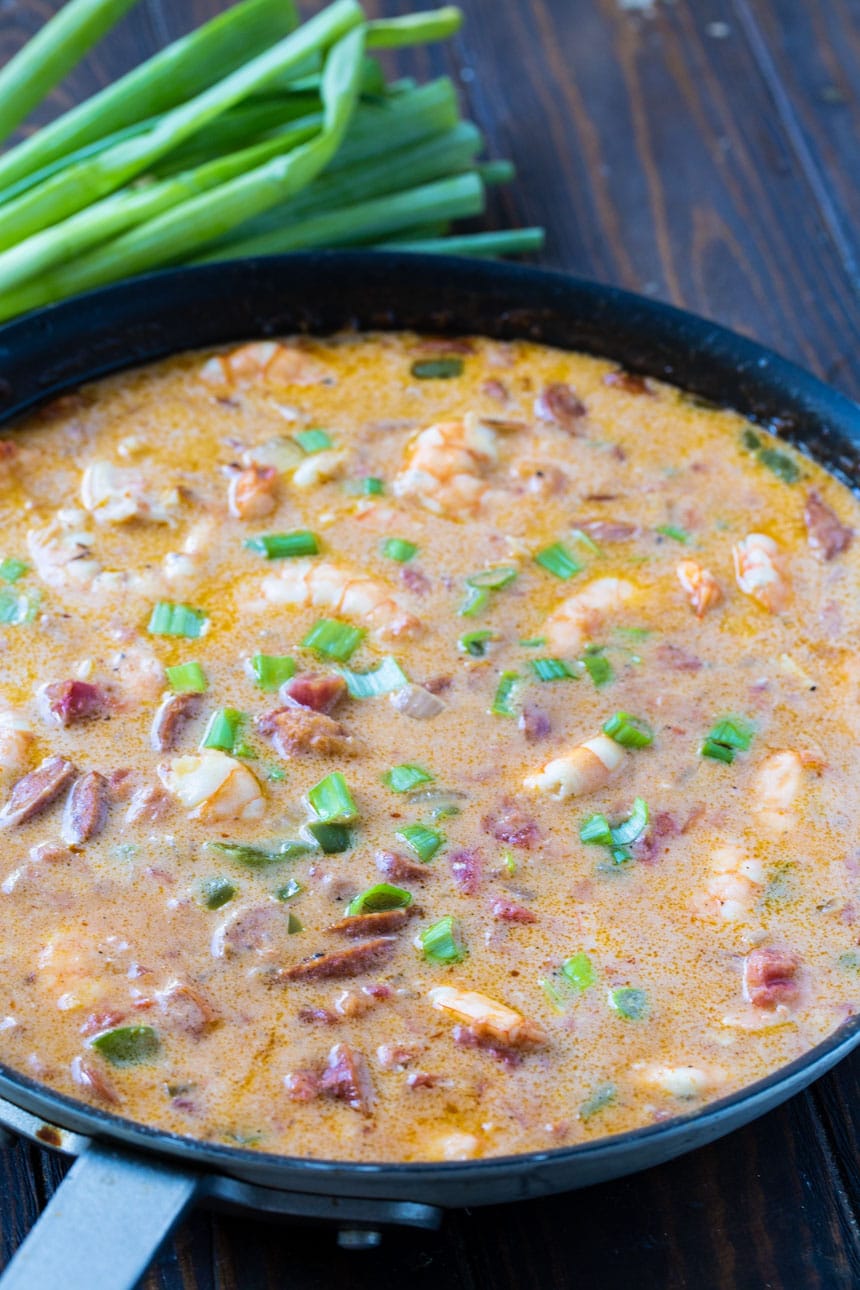 Fresh shrimp are best but frozen, thawed shrimp can be used instead.

Leftovers will keep for 3 to 4 days in the refrigerator. 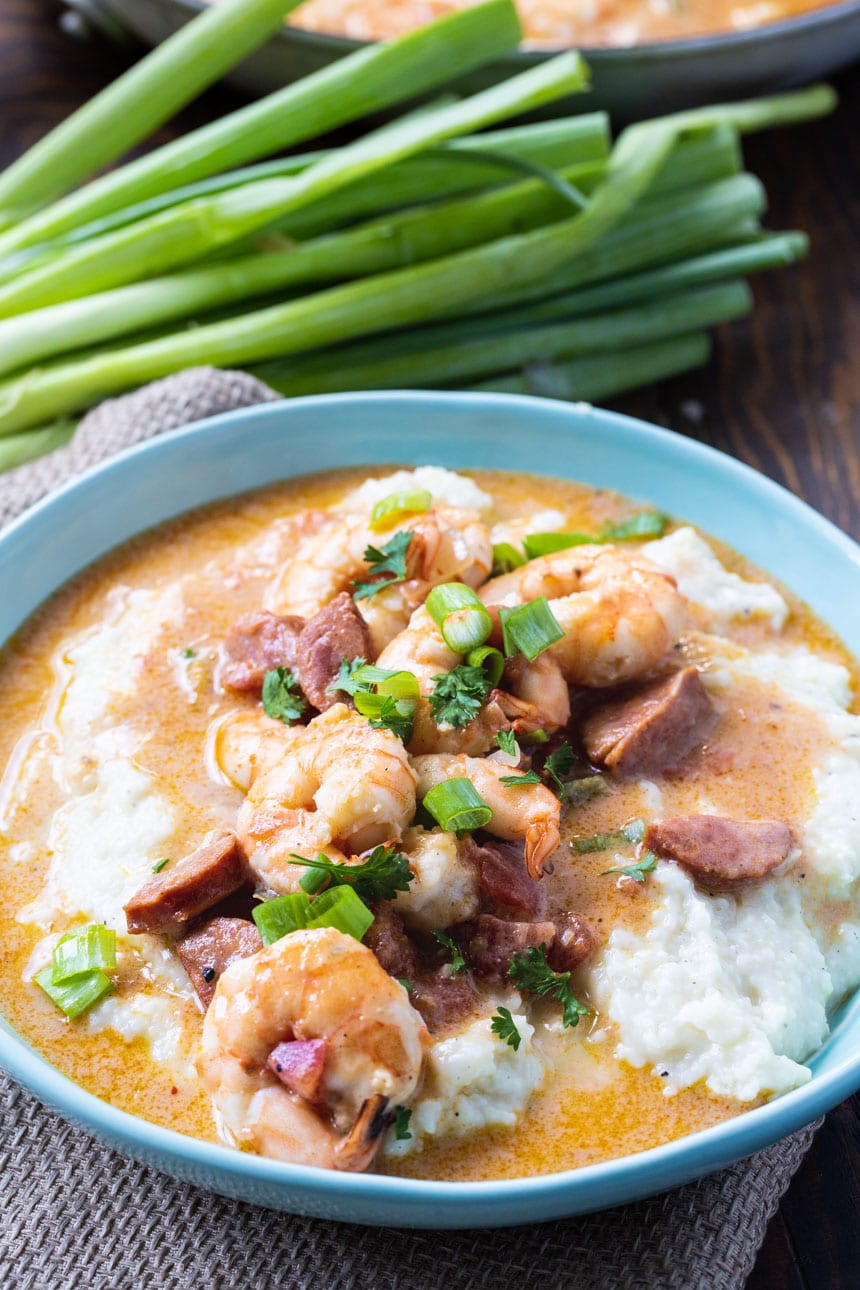 Try These Other Shrimp Recipes: 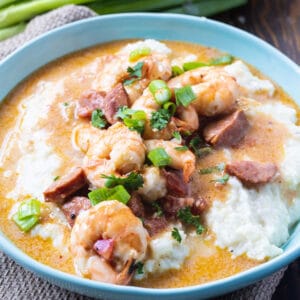 Note: To save time, cook the smothered shrimp while the grits are cooking. 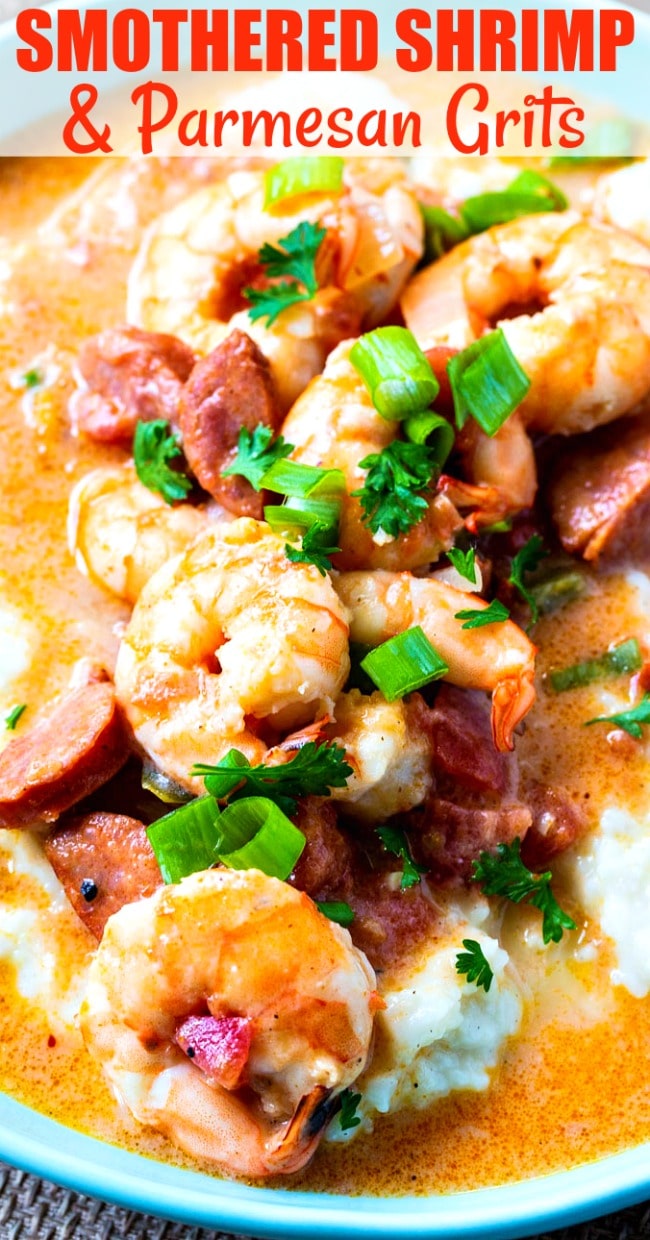